Where to eat in Oslo, The Nordics’ best kept dining secret

Food & Drink
Where to eat in Oslo, The Nordics’ best kept dining secret
Share this article
Next article

Of the Nordic cities, Copenhagen has made quite a name for itself in the gastronomic scene. The Danish capital is home to the fascinating ‘New Nordic Cuisine,’ from which birthed some of the best restaurants in the world.
But across the North Sea, neighbouring country Norway has been building a rather formidable dining scene as well. It’s no surprise — the country has some of the best seafood from their shores, one that is highly valued the world over. Hence, in Oslo, both young and seasoned chefs have no trouble sourcing the best produce for their kitchens. Besides fish, these restaurants have also been passionate about upholding their traditional (and maybe even controversial) cuisine with reindeer and whale meat. When it comes to culinary creativity, Oslo chefs have plenty to show too. Curing, pickling and fermentation – culinary techniques Norwegian hold close to their hearts – are weaved into the dishes in unexpected ways.
While Copenhagen’s restaurants are stealing the limelight, Oslo’s restaurants are also getting worthy recognition from the Michelin Guide and the World’s 50 Best Restaurants. It should be noted that month-long waiting lists and snaking queues are not things to fret over in Oslo.
Without further ado, here’s where to make the best of your culinary adventures in Oslo. This fine-dining establishment is Norway’s first (and only) three-Michelin-starred restaurant, and there’s little surprise as to why it is so. Perfectly-timed service and immaculate dishes come together like a well-choreographed duet against the stunning backdrop of the city skyline. The menu revolves around only one concept: a lengthy degustation of seasonal local produce through simple dishes. Despite the humble presentations, each dish is an understated reflection of fresh creativity and intelligent cooking. Take for instance an unassuming stack of Norwegian waffles for dessert, which in fact is an artful marriage of fermented koij and beef fat. 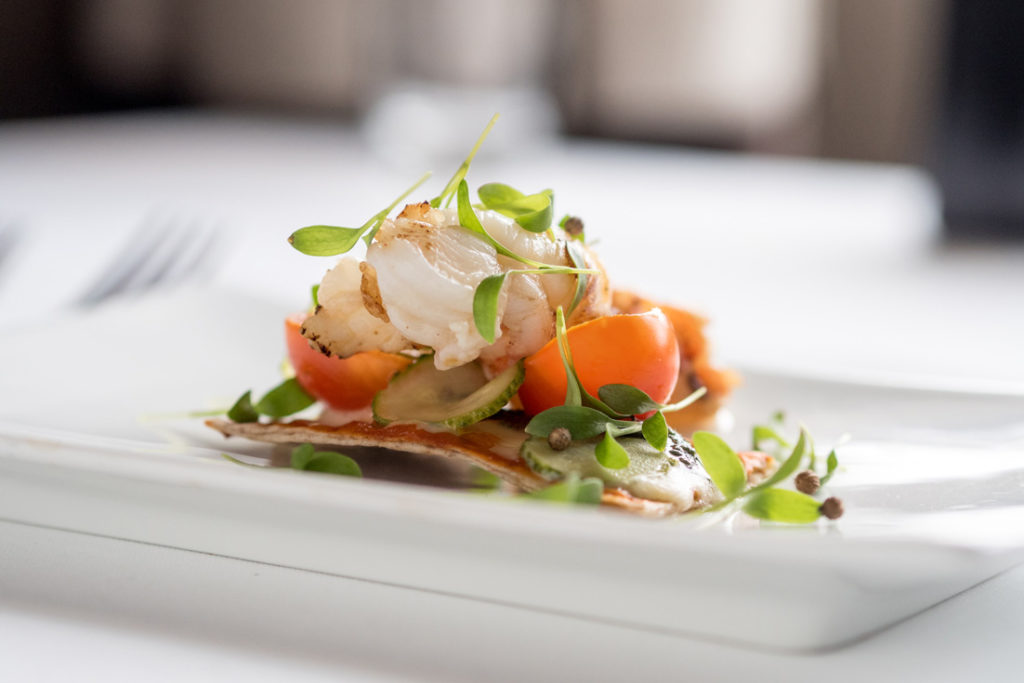 Chef-owner Sergio Barcilon took over a century-old butcher’s shop in 1987 with the aim of serving up fine fare at affordable prices. Nearly three decades later, Hos Thea continues to follow through with the same passion and intentions. The open kitchen, where Barcilon continues to cook and innovate, works with a variety of European influences such as French and Italian cuisines. But there’s still a unique Norwegian flair in the dishes: local ingredients remain at the very core of Hos Thea’s recipes. 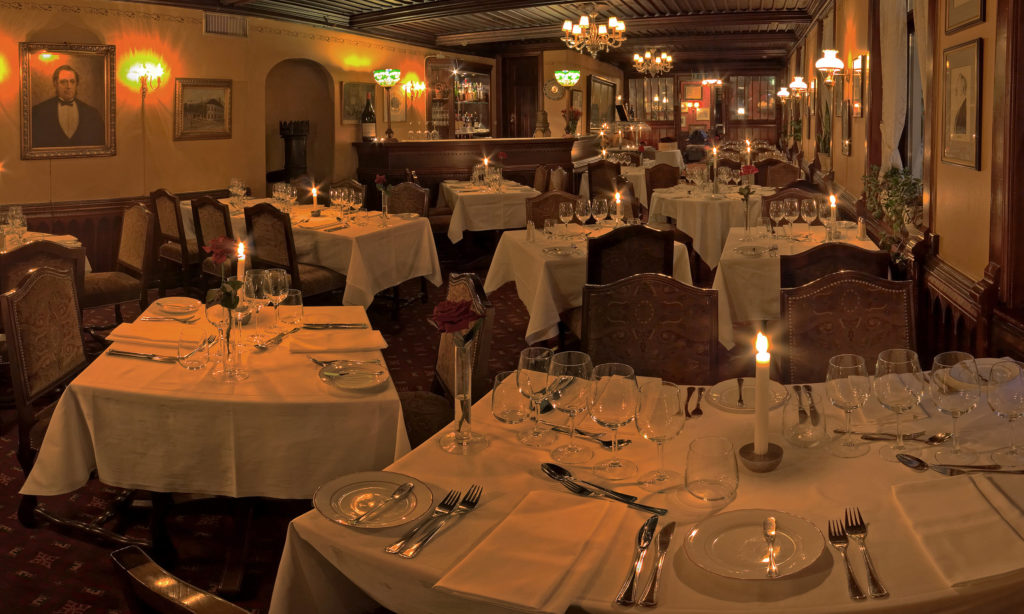 Engebret Cafe is both a noteworthy restaurant and an important historical monument. Operating since 1848, the cafe is possibly the oldest restaurant in Oslo. It also gained renown for receiving many famous artists including the likes of Edvard Munch and Henrik Ibsen as loyal diners in the past. Today, it continues to be a popular haunt amongst writers and actors. The menu here features traditional Norwegian fare and Christmas foods such as steamed lamb’s head (called smalahove), grilled whale fillets and cured reindeer. Prices can be pretty steep, but if you’re looking for something more affordable, come by for Engebret’s sandwich buffets during lunchtime — a popular tradition in the cafe’s storied history. Despite being housed in a 200-year-old Norwegian cottage, gastro bar Bon Lio goes for modern Spanish cuisine with sparks of Asian influences. The classy spot is a casual, let-your-hair-down kind of place, and only one tasting menu is offered here. Each course on this menu is designed to be a tapas-style bite, showcasing Norway’s best produce prepared with Mediterranean techniques. Also noteworthy here is the drinks menu which sees a good selection of Spanish beers and wines. This modern Norwegian outfit is located near theatres and concert halls, making it a popular place to head to before and after shows. The beautiful restaurant offers a very flexible menu as well: there’s a standard five-course or an ala carte menu where diners can customise their own dinner off small plates based on their preferences. The menu changes often, but seafood is a heavy feature here. The restaurant also has a gastrobar that opens till late, dishing out quality bites and great drinks for night owls.

Nordic Maaemo Oslo Copenhagen norway
Jasmine Tay
Senior Writer
Jasmine Tay is the dining, culture and jewellery writer. She makes fine silver jewellery and causes mini-explosions in the kitchen when she can't afford fancy dinners. Sometimes she tells people what she thinks about art, and binges on the music of Danzig when they don’t agree.
Dining Culture Jewellery