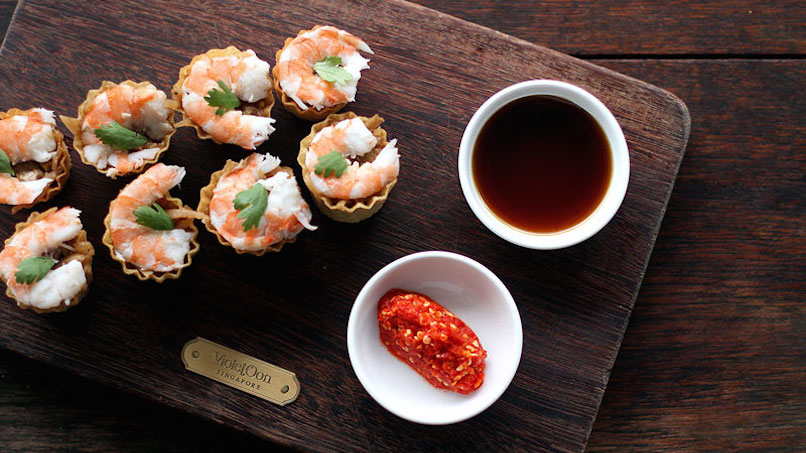 5 Peranakan restaurants to visit in Singapore

Way before fusion fare became trendy, there was Peranakan cuisine. It is the food of the Peranakans — a community that traces its roots to the 15th-century Malay Archipelago and is of mixed Chinese and Malay or Indoneisan heritage — and marries Chinese and Malay culinary elements.

Common ingredients used in Peranakan (which is also referred to as Nyonya) cooking include pandan leaves, tamarind, coconut milk and Buah Keluak, an earthy tasting black nut. There is also an emphasis on spices, herbs and sauces, resulting in generally heavier and stronger flavours.

As many of the early Peranakans settled in colonial-era Singapore, this centuries-old culture is still very much alive here. In fact, recent years have seen a resurgence of Nyonya food in the local dining scene, with several new restaurants sprouting up. Here’s our pick of 5 must-try Peranakan restaurants around our little red dot.

After filling up on the eatery’s hearty cuisine, remember to explore its quaint interiors, which are decked out in colonial and Peranakan elements such as metal mesh sliding panels and artwork inspired by traditional beaded slippers.

This homegrown restaurant made history this year when it became the first Peranakan establishment to receive a Michelin star. It offers traditional cuisine made with fresh ingredients and homemade rempahs (spice pastes), all without MSG and preservatives. Lunch is served á la carte, with dishes such as Kueh Pie Tee, Ngoh Hiang (meat rolls) and Chap Chye (mixed vegetable stew).

Also available is a dinner “ah-ma-kase” set, an ever-changing prix fixe repertoire of offerings such as spice-marinated Blackmore wagyu beef satay and Pong Tauhu soup, which comes with tofu and meatballs.

Founded in 2003, this restaurant is very much a veteran in the Peranakan cuisine scene here. It was originally located in Katong, before moving to Armenian Street and now, right next to the Peranakan Museum. It specialises in authentic and fusion Peranakan food, and was awarded a Bib Gourmand by the Michelin Guide Singapore last month.

Expect traditional staples such as Chap Chye and Ngoh Hiang, as well as contemporary creations such as pomelo salad and curry leaf prawns. The restaurant also offers a variety of homemade kueh and pastries such as Ondeh Ondeh (rice balls filled with Gula Melaka) and pineapple tarts.

Round off your meal on a sweet note with decadent desserts such as pineapple upside down cake, Chendol with coconut ice cream and grated tapioca cake topped with Gula Melaka syrup.

This newly opened restaurant at Claymore Connect is one gorgeous venue with its elegant chandeliers, elaborate screen panels and gilded mirrors. Sumptuous interiors aside, it dishes up a tantalising menu of options including Ayam Buah Keluak, Itek Tim (duck soup) and Nasi Ulam — cold rice mixed with herbs and vegetables.

Other must-try offerings include the restaurant’s Asian-inspired martinis, which come in flavours of sake lychee, kaffir lime and lemongrass.