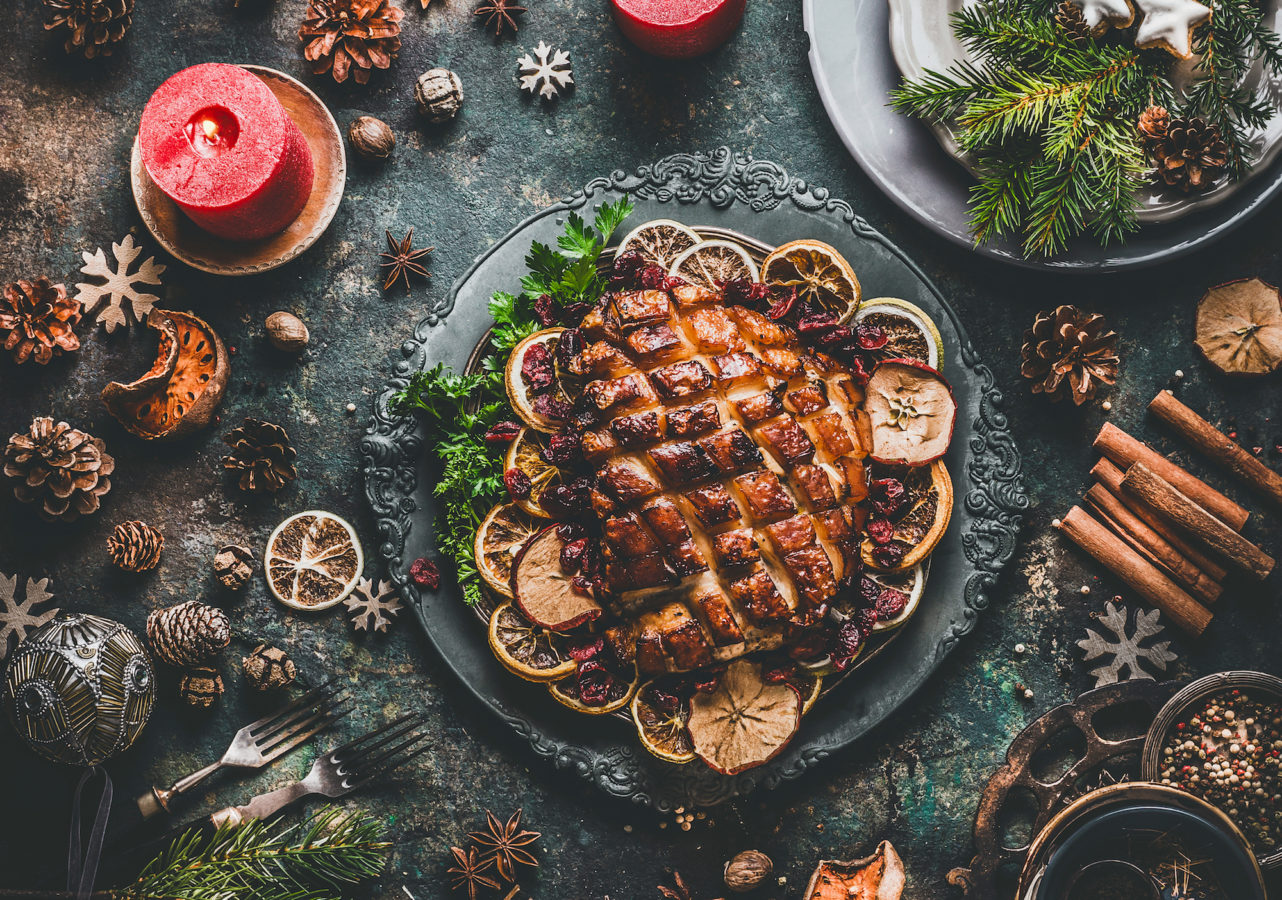 The heart of every Thanksgiving and Christmas feast usually features a beautiful roast turkey, a decadent plate of stuffing, and an irresistible bowl of gravy, but none of these dishes would shine half as bright without the fresh herbs that give each its memorable flavour profile.

Whether you like to prepare a turkey rubbed with thyme and parsley or mashed potatoes mixed with chives, there are a few herbs that give your meal the familiar aromas of a good Thanksgiving and Christmas dinner. While the exact fresh herbs you need depends on what the recipes you are following call for, we’ve highlighted a few well-known ones that you’ll likely need to stock up on ahead of the holiday.

Woody stemmed herbs lend a lot of flavour to comforting fall dishes. Thyme has a pronounced flavour with earthy and floral notes that lend a subtle pepperiness to both turkey and stuffing. The herb’s aromas and oils reach their maximum potential when given enough time to cook, so it’s perfect for the lengthy process of roasting a turkey.

You can cook with branches of thyme or remove its leaves from the stem. However, if you keep thyme intact, you’ll need to discard the stem before serving any dish it’s been added to. “I usually throw a good handful of thyme into the bottom of my roasting pan for the turkey,” says Riley Wofford, our associate food editor.

“I think it provides such a nice earthy flavour, but at the same time it’s sort of lemony and light enough to brighten up the gravy at the end.”

Whether you’re making a traditional stuffing or using more unconventional ingredients — like in our chorizo-almond stuffing — the dish wouldn’t be complete without sage. The herb has a bold flavour with notes of mint, eucalyptus, and lemon. Its strong aromas don’t get buried easily, which means sage works well in heavy dishes with rich ingredients, like stuffing or cornbread dressing. Fresh sage leaves become magical when briefly crisped in melted butter in a skillet.

Use the leaves as a garnish on the platter with your carved turkey or float them in a bowl of pumpkin soup,” says JeanMarie Brownson, recipe developer and owner of JMB Culinary Consulting. She also recommends combining sage with other herbs like thyme and rosemary for a DIY poultry seasoning.

It’s so readily available that you might overlook parsley at Thanksgiving, but it’s an important herb to have on hand for the big dinner. Make sure you opt for the more robustly flavoured flat-leaf or Italian parsley over curly parsley, which is commonly used as a garnish because of its mildness.

Parsley is used to flavour stuffing, roasted turkey, mashed potatoes, and other Thanksgiving staples. It can also be used in the days following Thanksgiving to make a rich, flavourful stock.

This anti-inflammatory herb, which features woody stems and short needle-like leaves reminiscent of those on a Christmas tree, has a distinct lemon-pine flavour and a little goes a long way. Place sprigs of rosemary inside your turkey or remove the leaves and chop it finely with sage and thyme then rub your turkey with the blend. “Fresh rosemary’s aroma practically inspires me to cook,” says Brownson.

“Careful snippings from my rosemary topiary allows me to add its herbaceous, resin-y flavour to roast poultry. A spoonful stirred into mashed potatoes will surprise your guests. Sprinkle it over warmed goat cheese destined for salads or as a cracker spread.”

Although less pungent than onions, scallions, and garlic, chives are also a part of the allium family. When buying them, look for chives that are bright green and plump with no signs of wilting. Chives can be used to punch up the flavour of a bowl of mild-mannered mashed potatoes. In the sour-cream and chive mashed potatoes recipe, the herb is used as a garnish and gives the dish a welcome brightness.

Aromatic bay leaves won’t be used in every dish you cook during Thanksgiving, but they add a depth of flavour that shouldn’t be overlooked when making a stock or wet brining a turkey. Bay is a pungent herb with a slightly floral flavour. Its leaves are used conservatively in most recipes, but you may need as many as six bay leaves for wet brining.

The process involves soaking the bird in a saline solution before cooking. This helps it take in more moisture and produce a perfectly juicy turkey. Bay leaves are added to a brining bag with thyme, fennel seeds, whole black peppercorns, dried juniper berries, and mustard seeds to give the poultry additional flavour prior to roasting.