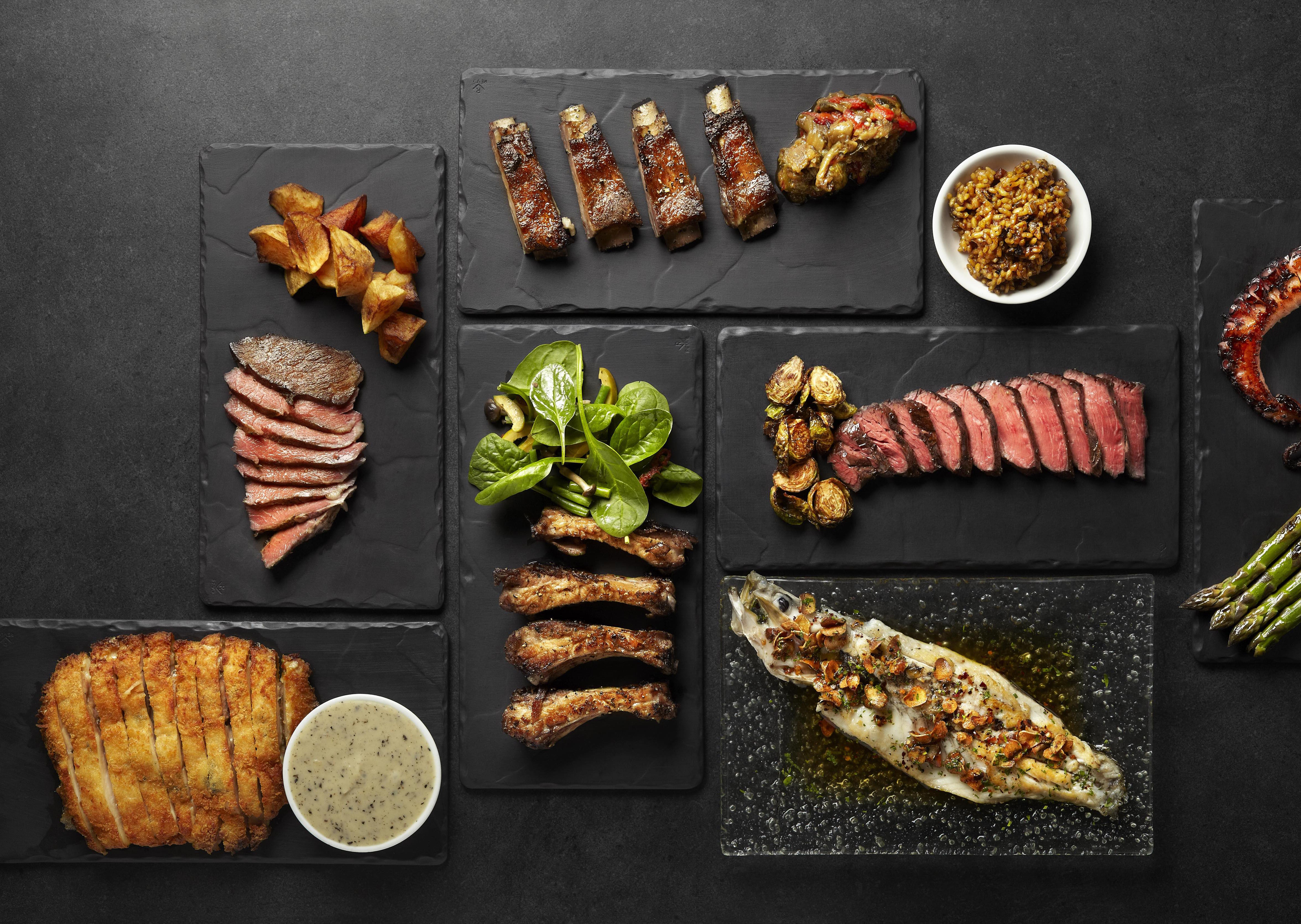 Recent years have seen tapas, or small plates, really surge in popularity. While tapas’ roots are unmistakably Spanish, and are believed to date back to centuries ago — when bartenders in Seville used slices of ham and cheese as covers for their patrons’ sherry cups — the whole concept of serving up appetisers on sharing plates, has extended beyond its Spanish provenance. Restaurants specialising in other cuisines have embraced it, pushing out their own renditions of Japanese, Indian, Korean and Chinese tapas. For the latter, think dim sum, but with a fusion twist or the addition of luxurious ingredients such as truffle.

Food purists who aren’t too keen on these newfangled interpretations, however, need not worry too much. As much as tapas have evolved to include a wider range of cuisines, there are still many eateries around town serving up traditional or Spanish-inspired offerings the likes of olives, Patatas Bravas (fried potato), croquettes and Jamon ham. While tapas bars abound in Singapore, what these restaurants offer is the full service experience, complete with a variety of small plates and substantial mains to fuel you up — so you’ll never leave hungry.  Some of these venues even boast a solid repertoire of Spanish wines to quench your thirst.

From a newly opened tapas-focused restaurant in the heart of the shopping district, to a homegrown fine dining spot that has rolled out a new gastrobar and small plates menu, here are 6 places we recommend you check out soon. 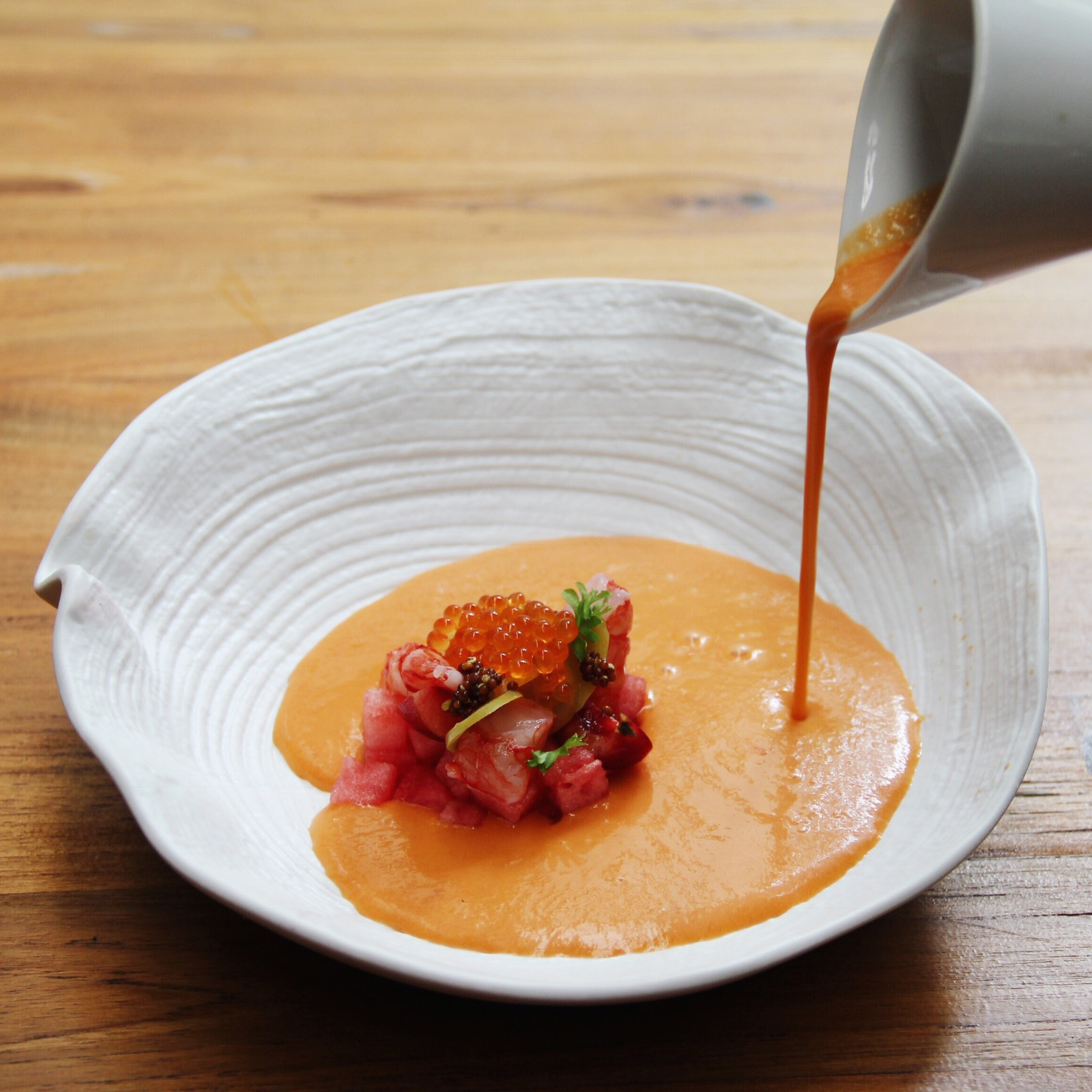 Established in 2015, La Ventana is by no means a newcomer to the local dining scene. It recently launched a revamped repertoire designed by Spanish chefs Roberto Terradillos and Toni González of one-Michelin-starred restaurants El Serbal and El Nuevo Molino respectively. Terradillos and González are culinary superstars who have nearly 20 years of cooking experience each, and have worked at big-name eateries such as Heston Blumenthal’s The Fat Duck and Aldebaran in Spain.

Diners can choose from six- and eight-course tasting menus, or opt for à la carte mains and tapas such as Iberico ham croquettes, Carabinero prawn salmorejo soup with pickled vegetables, and foie gras terrine. The menu will be updated every quarter and incorporated with seasonal produce from Europe. 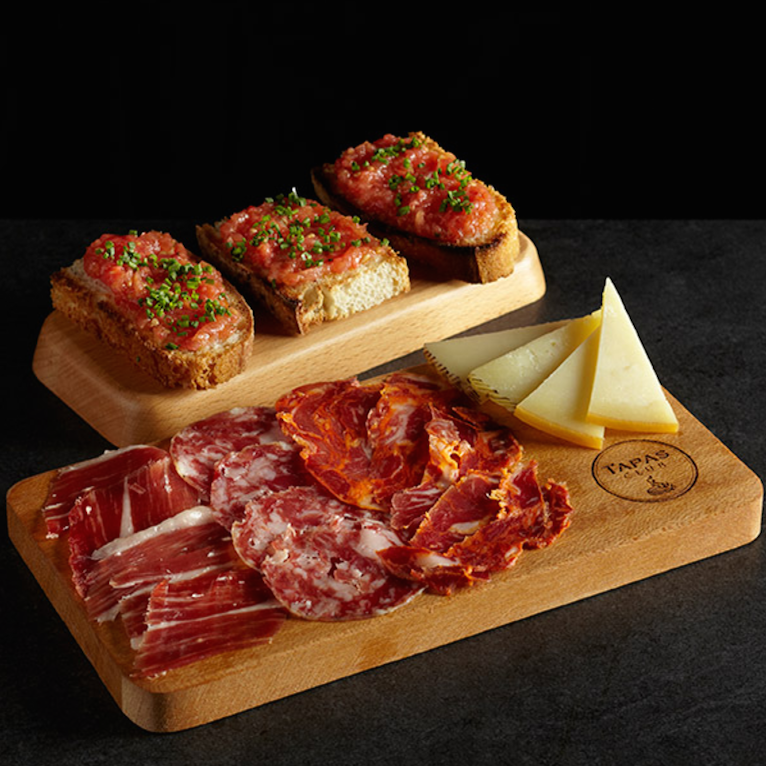 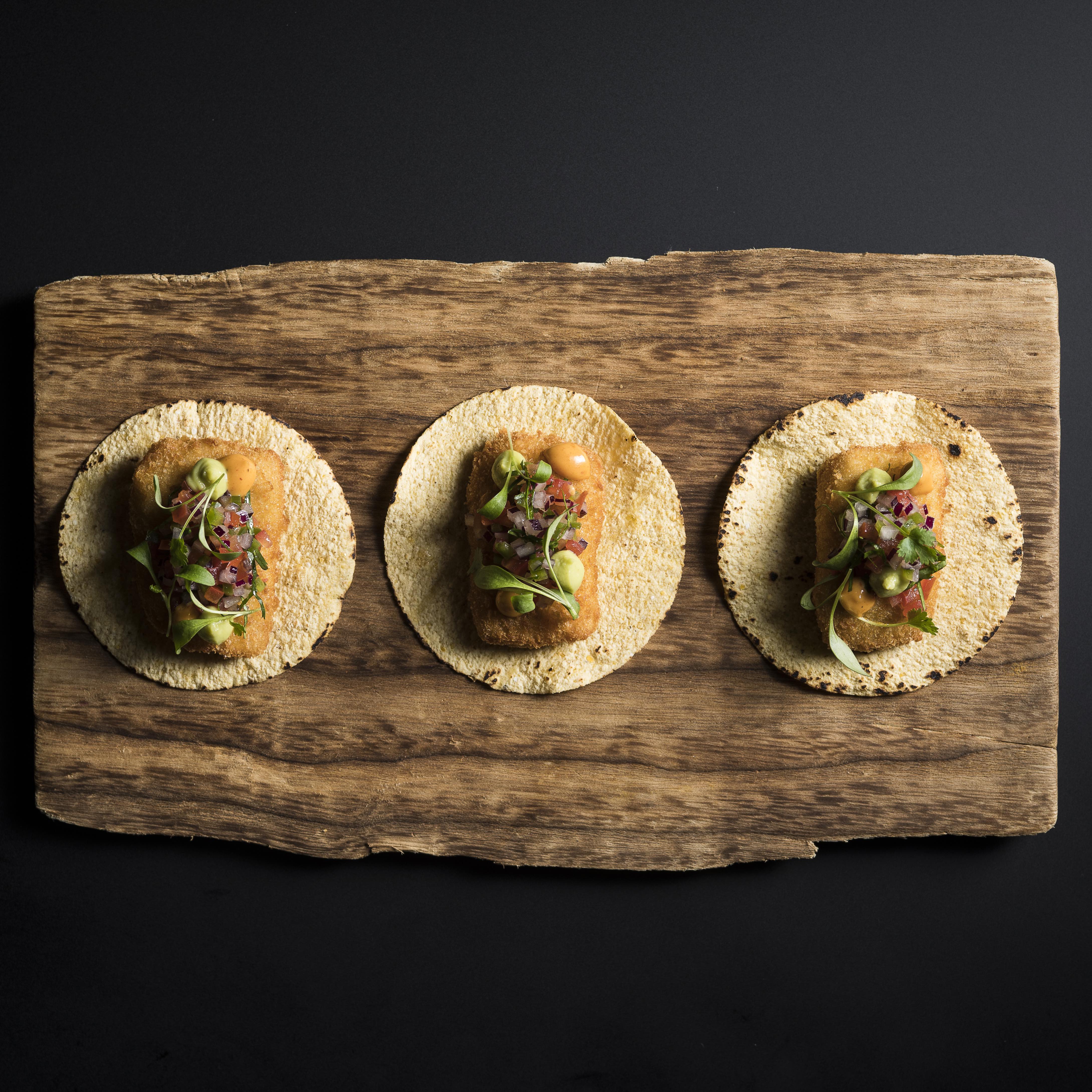 One-Michelin-starred fine dining restaurant Iggy’s has launched a mini gastrobar menu featuring tapas and sharing plates such as croquettes with Iberico ham, oyster ceviche, and Pintxos — where lightly pickled Japanese gizzard shad is presented on a bed of Catalan-style roasted vegetables and toast. Other highlights include pasta dishes, fish tacos, and eggs with truffle espuma and caviar. 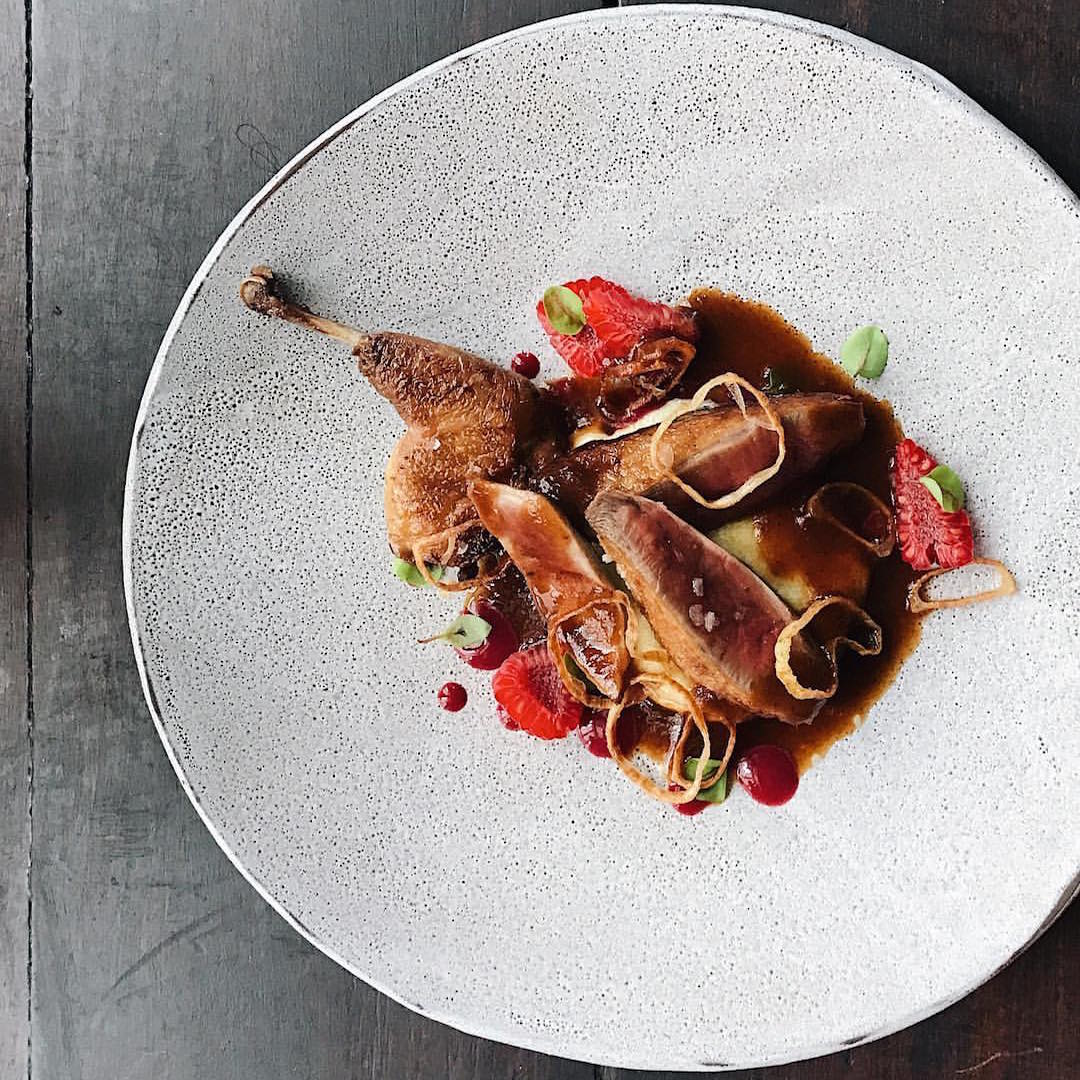 Situated in the heart of Chinatown, Esquina is a two-storey tapas bar serving up an array of tapas spanning omelette with onion and potato, Dingley Dell pork jowl with chipotle mayo and pickled pear, and roasted cauliflower with Manchego cheese. If you’re in the mood for something more decadent, try its sea urchin and lobster paella, which is soaked in saffron aioli and topped with snow peas. 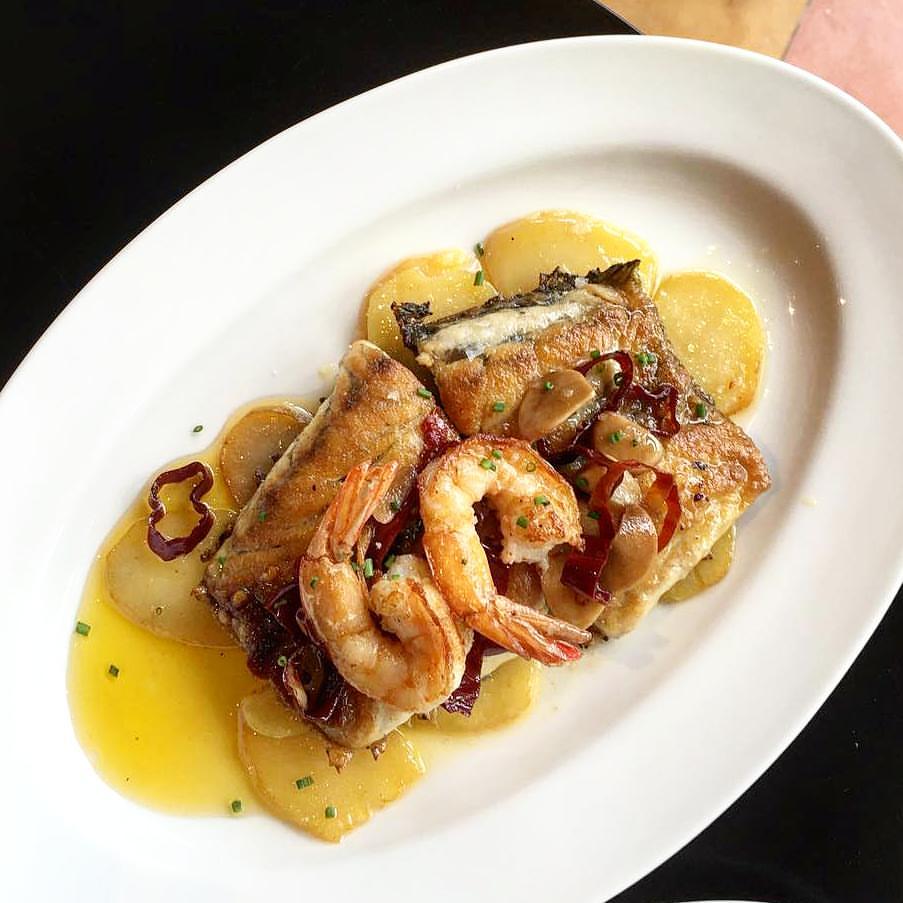 Run by the folks behind FOC along Hongkong Street, this casual, Barcelona-inspired joint offers a repertoire of cold and hot tapas, with highlights including marinated olives, anchovies, gazpacho, croquettes, and pork meatballs with baby octopus. Vegetarian-friendly options are also available, with dishes such as zucchini lasagne, grilled pumpkin, and roasted peppers. 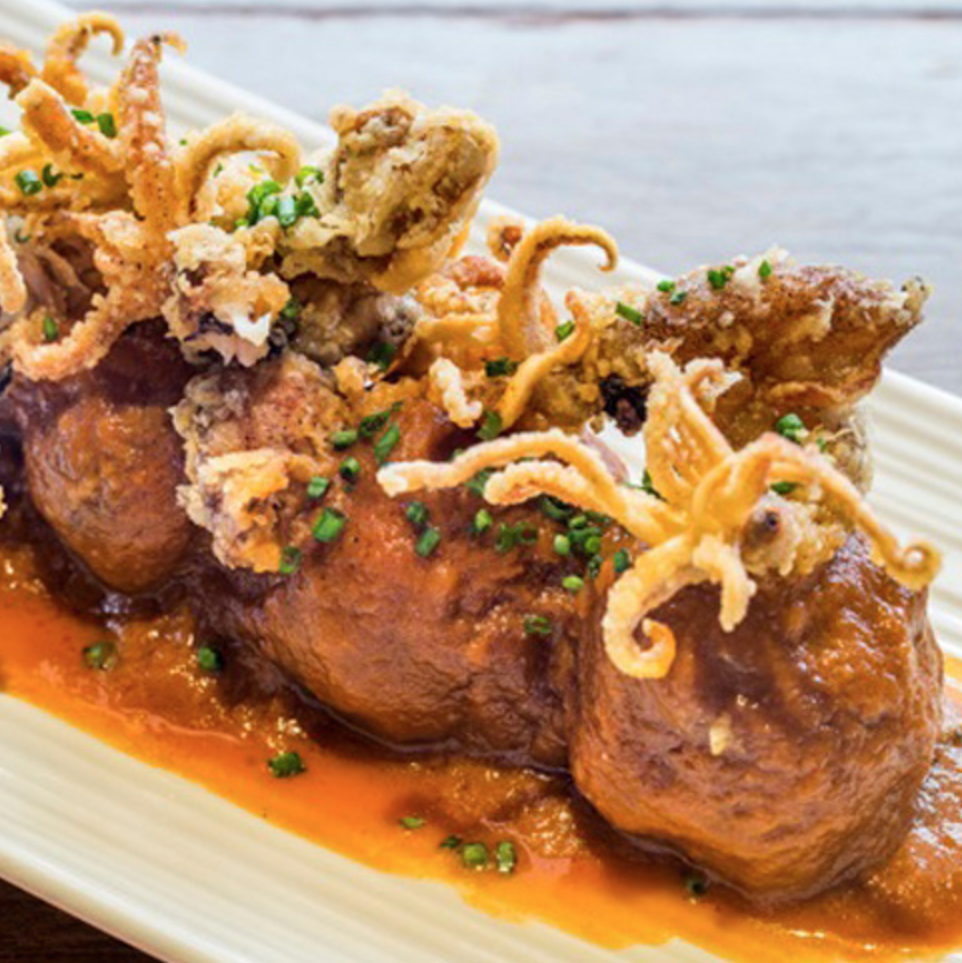 This classy Spanish restaurant along Craig Road may be known for its fine dining setting, with formal table settings and starched white tablecloths. But the eatery also houses a casual tapas bar, where patrons can relax at a communal bar counter over fried baby calamari, squid ink croquettes, char-grilled chorizo, and baby lamb chops. Wash these down with some tipples from the restaurant’s range of Spanish wines.