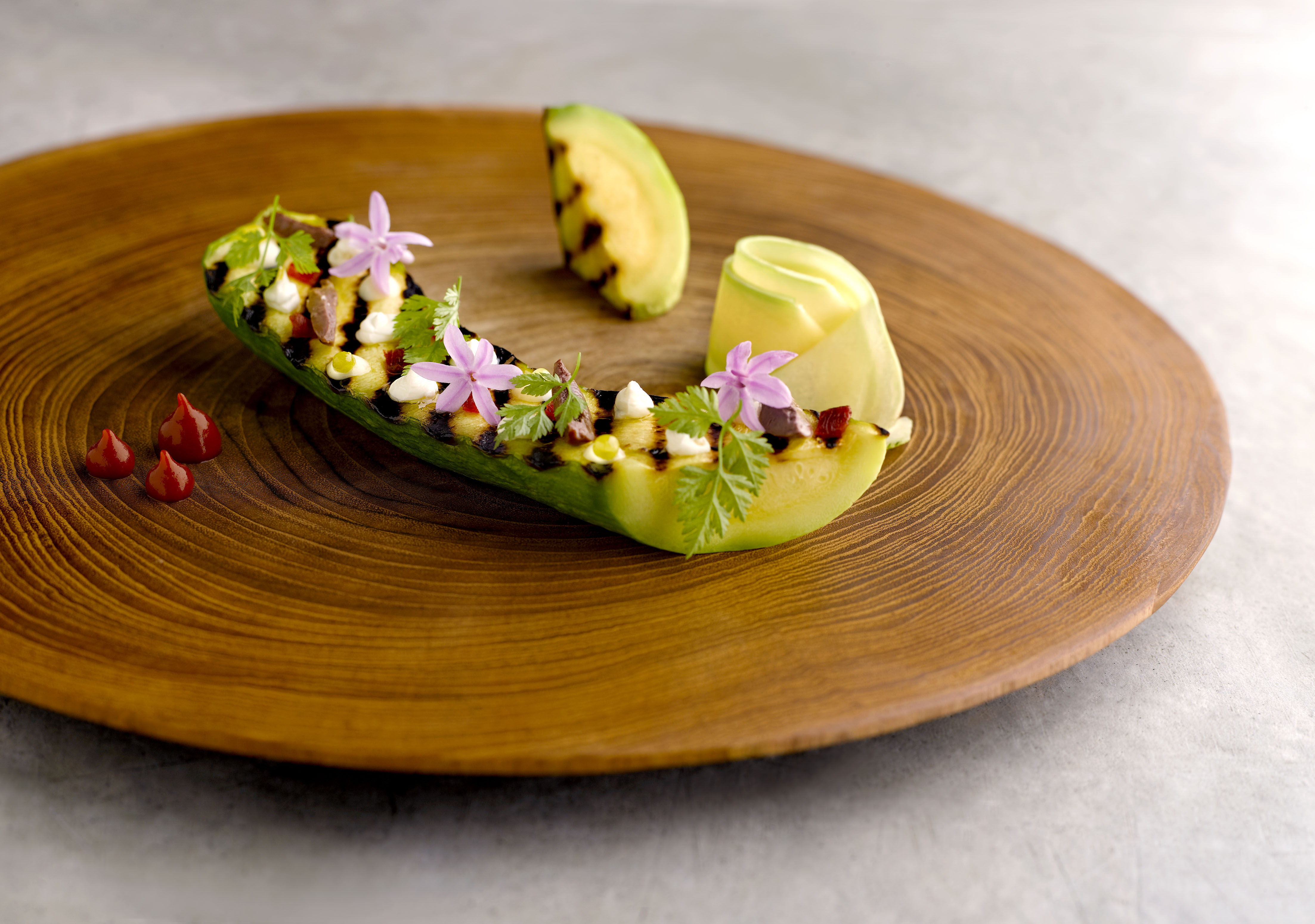 For all the cuisines that Singapore has to offer, French food is something that will never go out of style. Whether it’s gourmet cheese, charcuterie, pastries, or hearty mains such as duck confit and beef bourguignon (beef braised in red wine), there’s a wide array of options to cater to every epicurean. Such offerings are easily available here too, as our local gastronomic scene features an abundance of fine dining restaurants, bistros and casual cafés serving up their renditions of French fare. A number of these places even boast Michelin stars, so you know they won’t disappoint.

If that’s not enough for foodies besotted with the City of Lights, there are patisseries and dessert salons the likes of Antoinette,  Angelina (which is a local outpost of the eponymously named Parisian tearoom) and Lady M rolling out French-inspired cakes and confections. A handful of eateries have also popped up with something a little more unconventional: French food inflected with Japanese influences. Examples include fusion restaurant Lewin Terrace, and one-Michelin-starred Beni — which marries Japanese produce with French fine dining.

Evidently, we’re all rather spoilt for choice here. If you’re jonesing for a delectable Gallic meal but can’t decide where to go, here’s a guide to 7 of the best French restaurants in Singapore. Bon appétit. 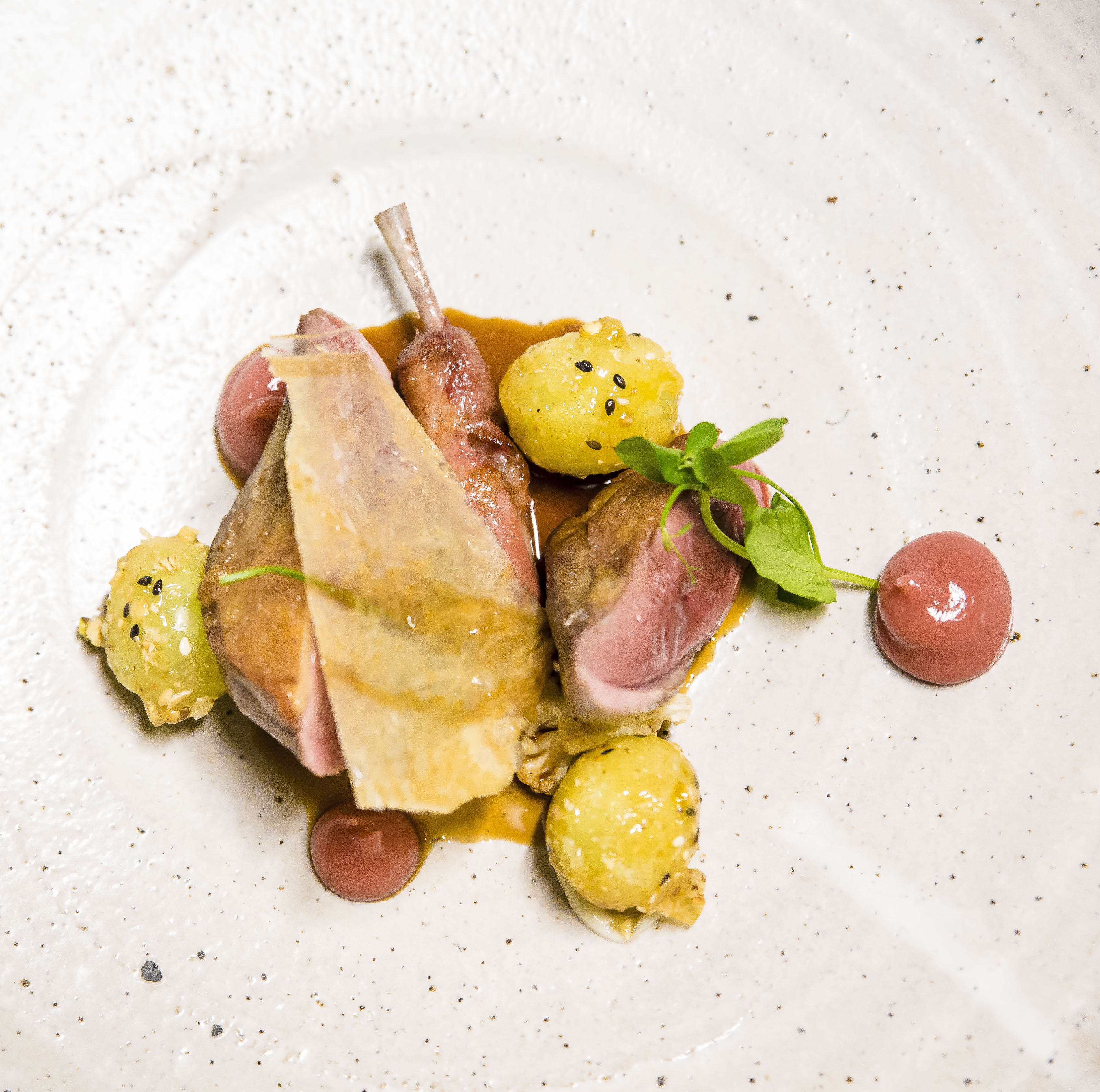 Located at Duxton Hill, Rhubarb Le Restaurant is a cosy one-Michelin-starred eatery decked out in soothing pastel hues and furnished with only seven tables. It is equipped with an open kitchen where its chef-partner Paul Longworth and his team whip up contemporary southern French cuisine. The restaurant offers a three-course lunch set and six-course dinner menu, with highlights such as duck breast with blueberry sauce and pomegranate, and seared duck liver with smoked sturgeon and horseradish.

We also recommend the pigeon dish (pictured) from its à la carte menu, which comprises tender pigeon breast and confit leg served with a tart purée of rhubarb and rose, and sweet seedless grapes encased in crunchy caramel shells. 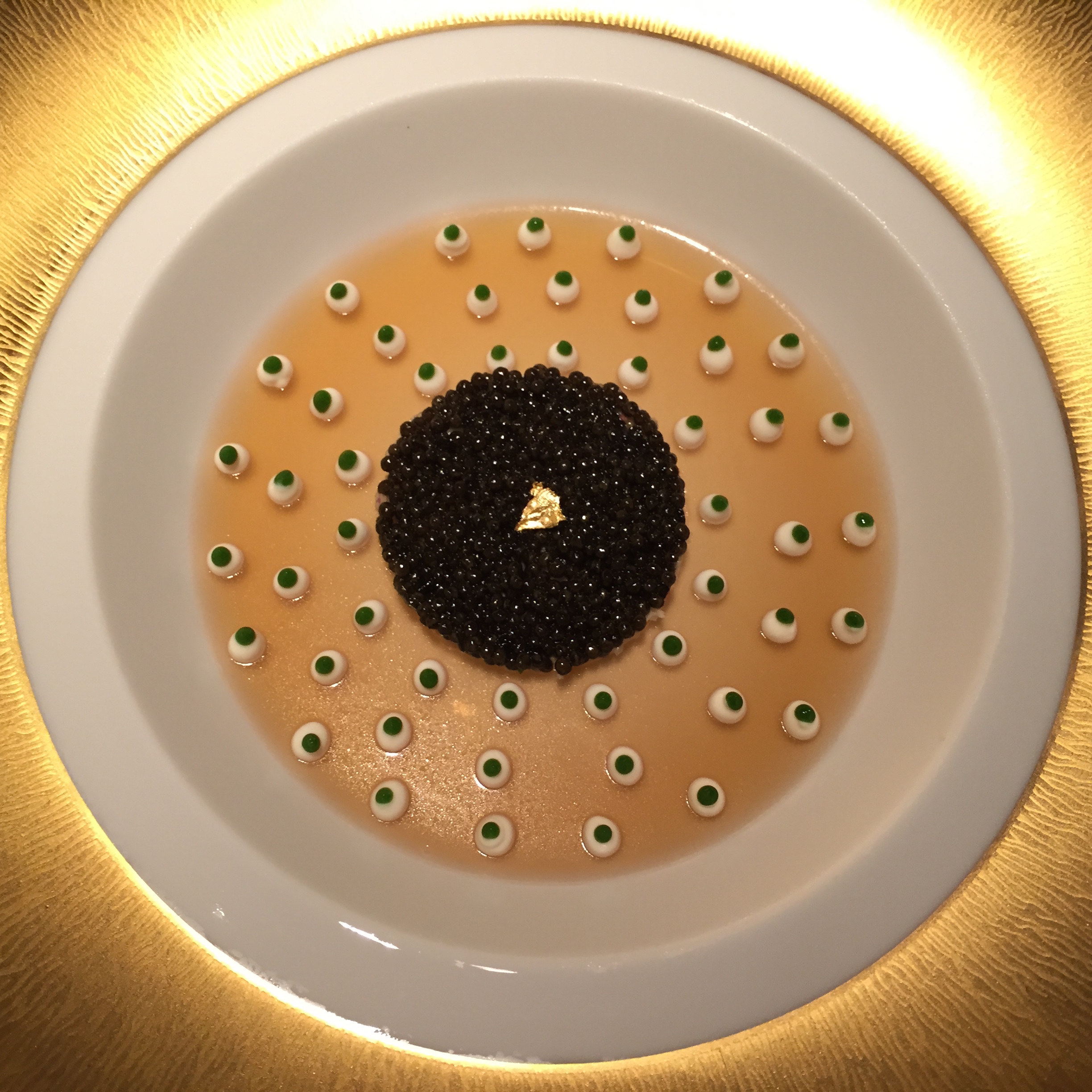 This restaurant by celebrity chef Joël Robuchon has retained its three Michelin stars for the second year in a row, and for good reason. Its take on French fine dining showcases innovative, beautifully plated offerings such as its signature starter of Imperial caviar and Alaskan king crab set atop a bed of crustacean jelly and cauliflower cream (pictured).

For the complete, decadent experience, go for its 16-course degustation menu, which features dishes like Hokkaido scallops carpaccio with caviar and sea urchin, and beef châteaubriand and foie gras with potato soufflés. And don’t skip the restaurant’s bread trolley — it serves the most delicious, pillowy soft buns spanning brioche, croissants and pain au chocolat (pastries with chocolate). 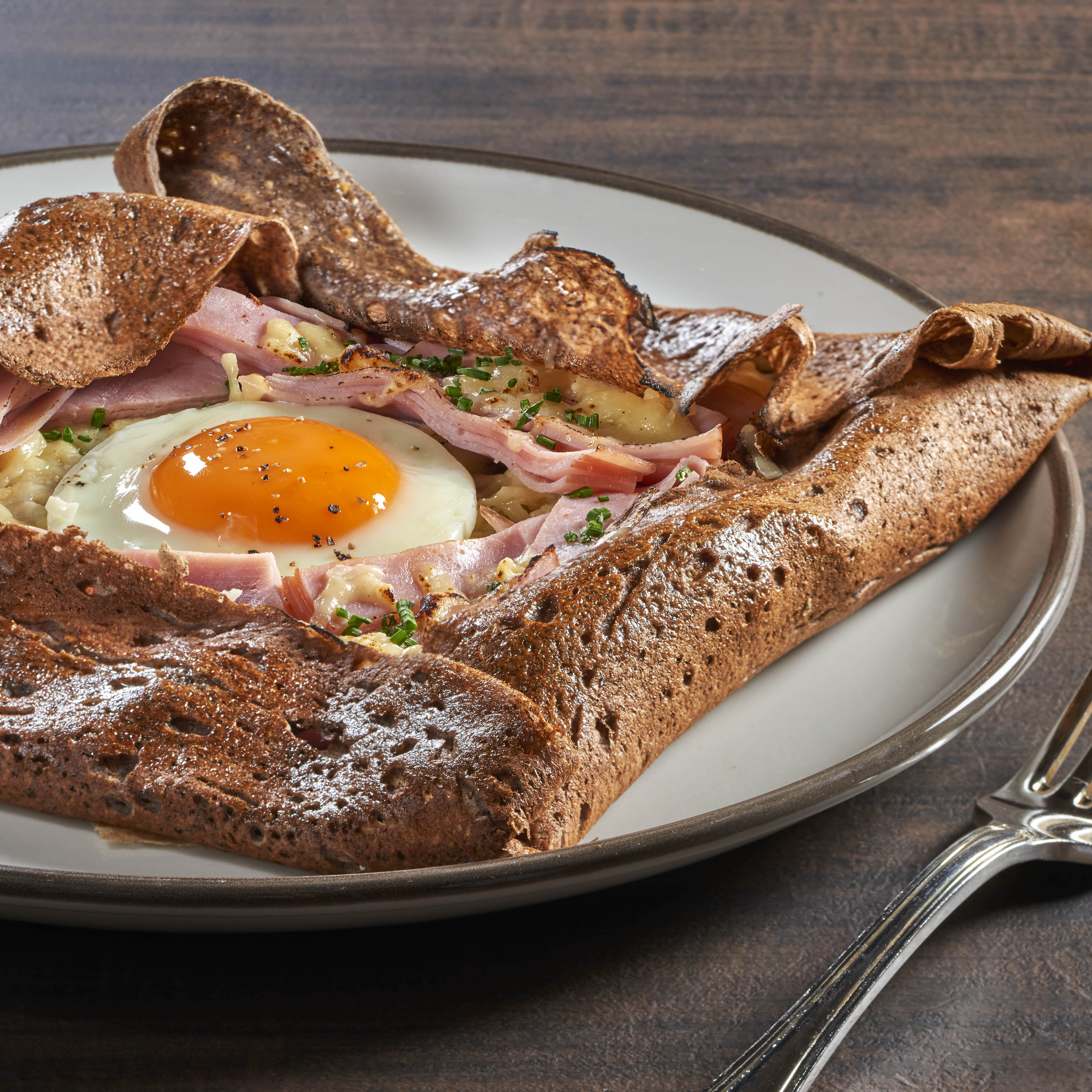 We also recommend the French onion soup, a robust and tasty broth of white onions and beef stock topped with a piece of sourdough bread coated with cheese. 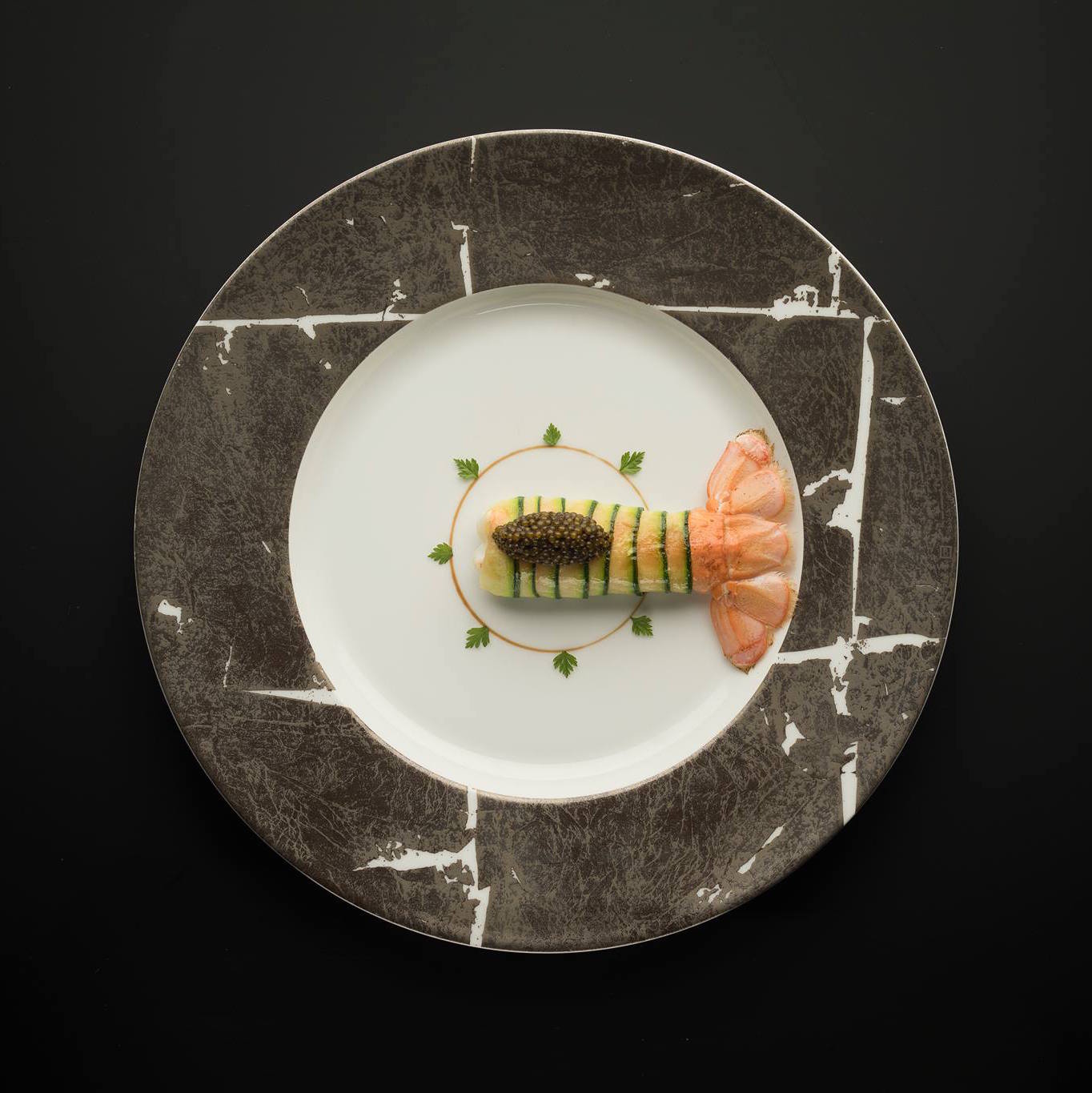 Classic French fare and Asian flavours come together in harmony at the two-Michelin-starred Les Amis, which enters its 23rd anniversary this year and is one of the stalwarts in the homegrown fine dining scene. It offers prix fixe menus for lunch and dinner, as well as a 45-minute Express four-course lunch set ideal for time-pressed workers. Menu highlights include langoustine with courgette and an emulsion of extra virgin olive oil, and cold angel hair pasta with kombu, caviar and truffle.

The restaurant’s desserts are also worth a mention. Crafted by Les Amis’ pastry chef Cheryl Koh, these include a verbena soufflé with white peach sorbet, and an apricot confection served with a sugar sphere. 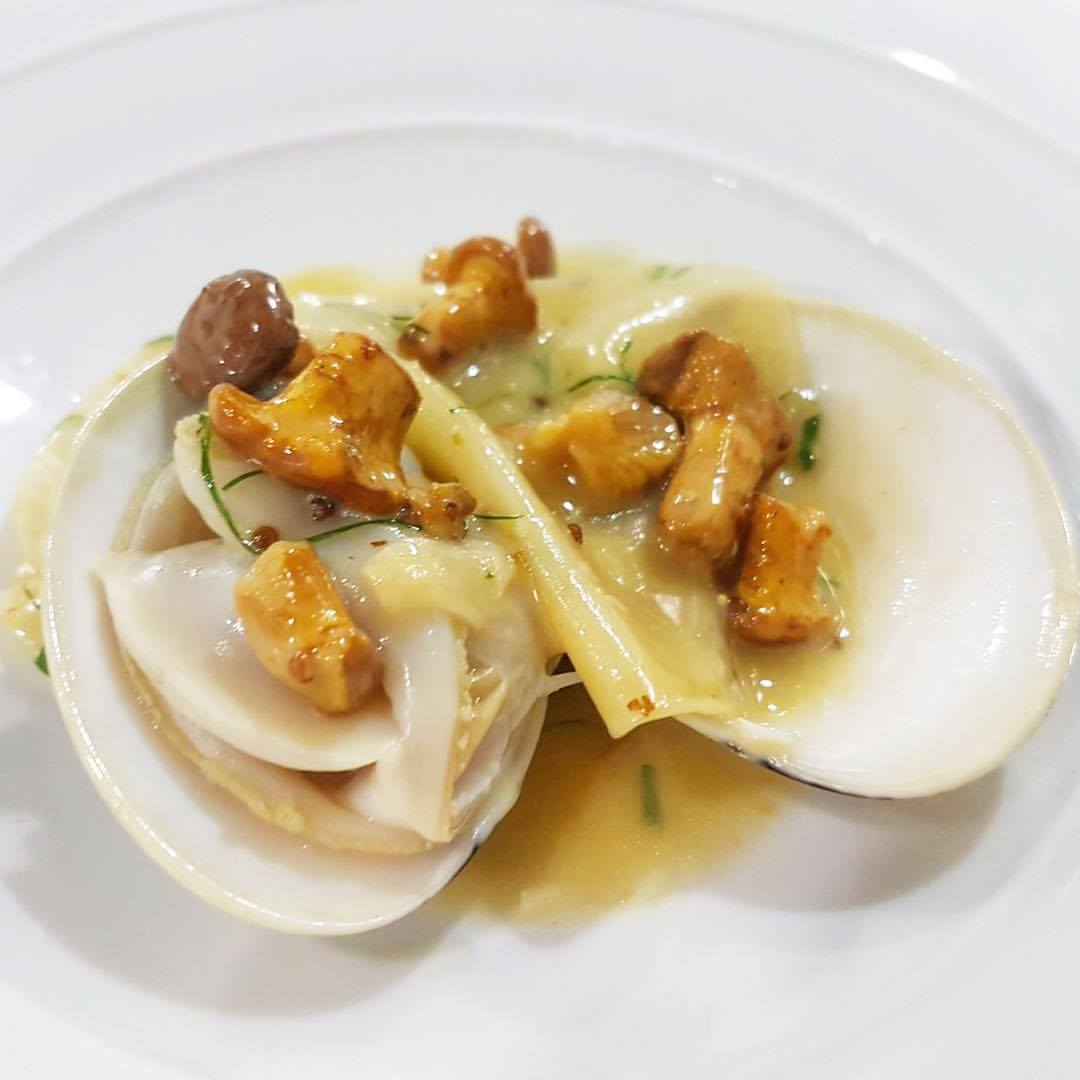 This 10-year-old restaurant along Purvis Street is known for its refined modern French cuisine, with scrumptious dishes such as cold angel hair pasta with Oscietra caviar, Côte de Boeuf (a bone-in rib steak), onion gratin, and clams stuffed with open ravioli and fresh girolle mushrooms. If you’re looking to treat yourself in the middle of a work day, Gunther’s also offers a three-course lunch set.

The place is run by Belgian chef Gunther Hubrechsen, who formerly headed the kitchen at Les Amis. It also has a private dining room that can be booked for special events, and a catering arm. 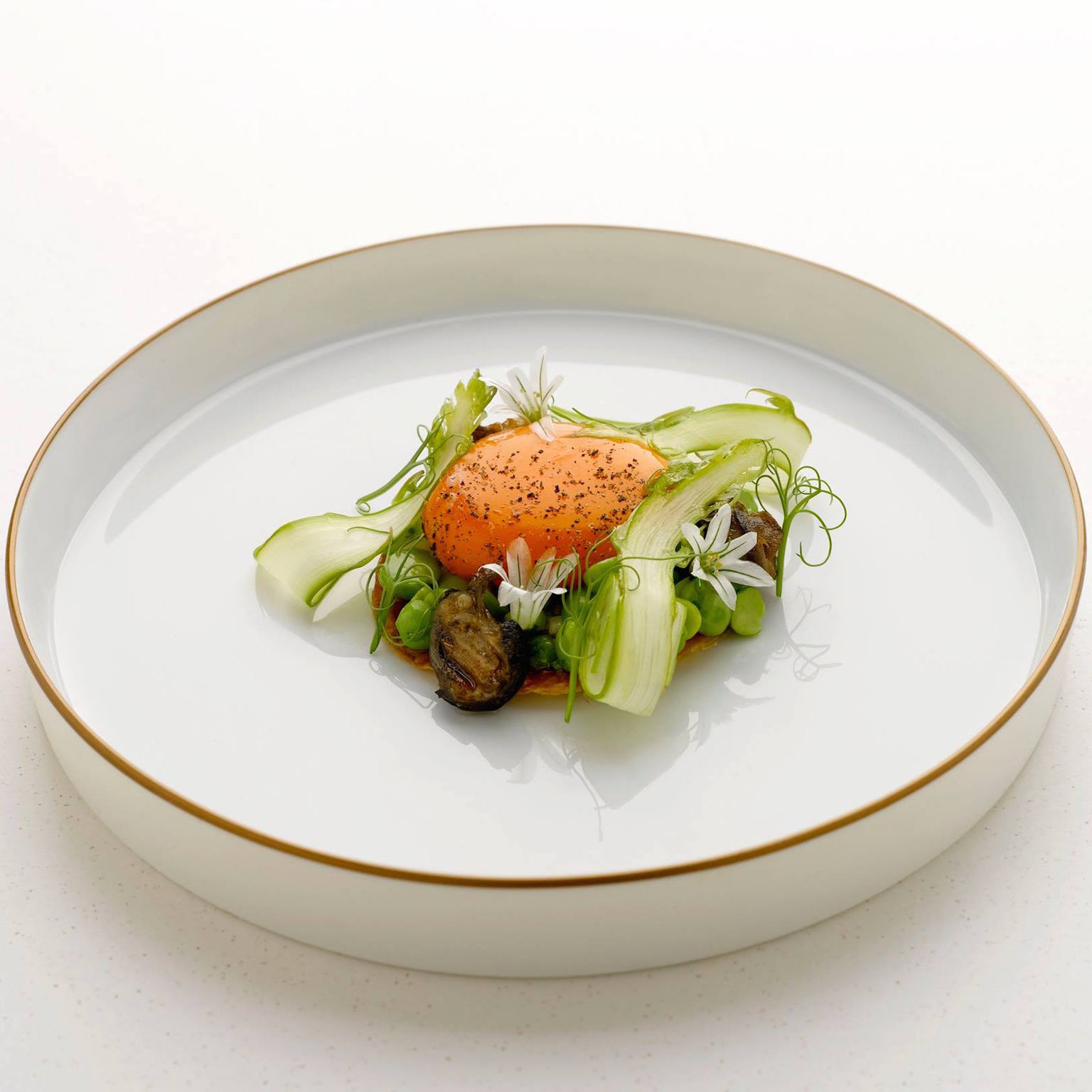 This two-Michelin-starred restaurant is undoubtedly one of Singapore’s prettiest establishments, thanks to its soothing palette of white and light pink hues, and the delicate art installation of brass, oak, poly foam and paper that hangs suspended from its ceiling. Helmed by chef Julien Royer, it specialises in modern French cuisine with a focus on seasonal produce.

Its prix fixe menus, which vary from four to eight courses, are refreshed every now and then depending on what ingredients are available. Examples of past dishes include escargot tart (pictured) and North Highlands beef tartare. But there are a few constants that remain, such as its signature organic eggs, which are poached for 55 minutes and presented on an egg tray shrouded in dry ice smoke. 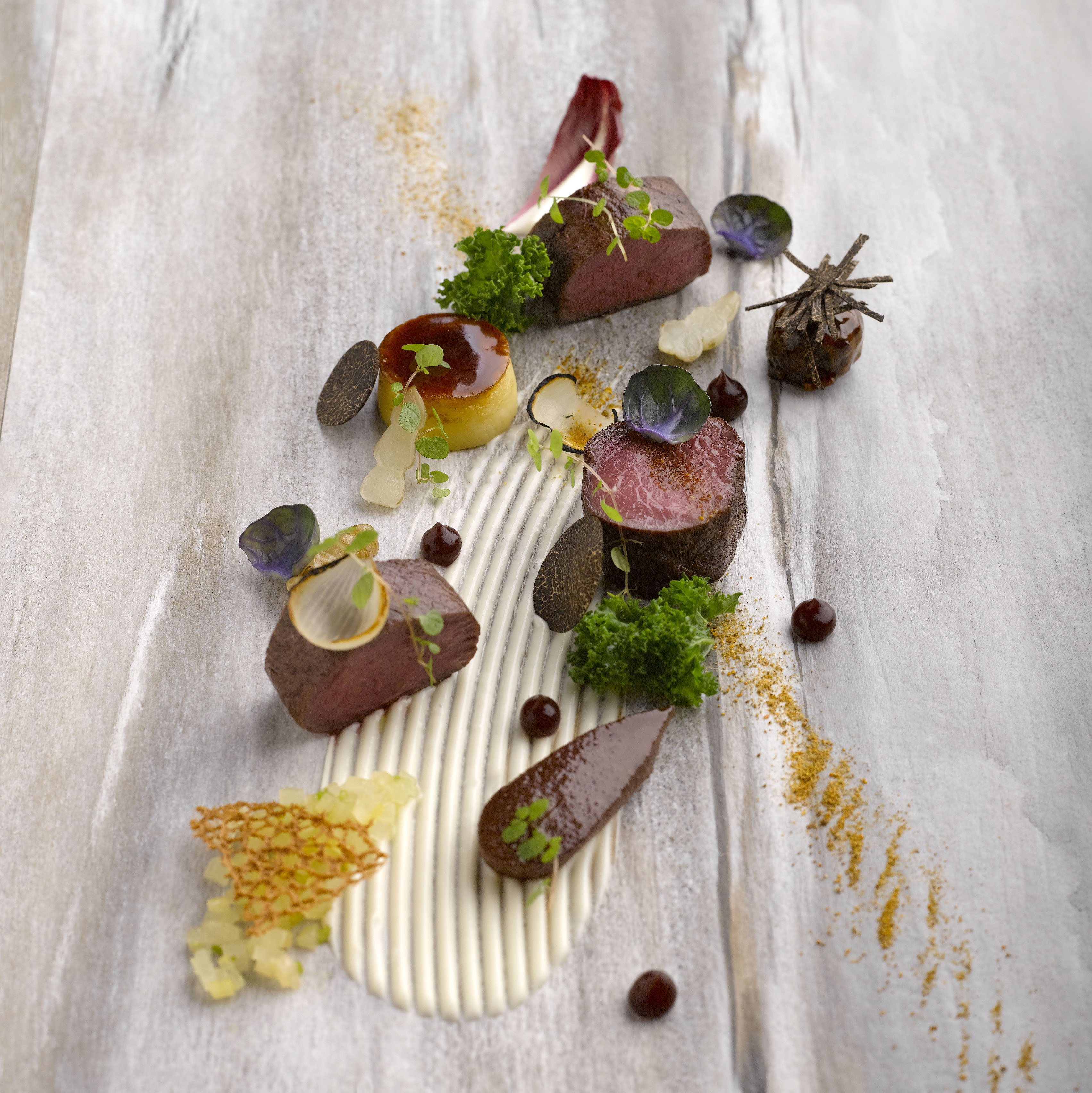 Situated on the 70th floor of Swissôtel the Stamford, Jaan is a modern French restaurant armed with enviable views of the city. But it isn’t just its rooftop locale that makes it worth a visit — the establishment is also known for being a hotbed for rising culinary stars. Its alumni includes André Chiang and Julien Royer of the two-Michelin-starred Restaurant André and Odette respectively; both of whom are prominent names in the local gastronomic scene.