Remember Taco Bell? The US fast-food chain opened its first Singapore outlet in 1981, spawning branches across the island in the hope that locals would warm to its repertoire of burritos, tacos and quesadillas. The brand never really took off here, though, and eventually withdrew from the country in 2008. Granted, Taco Bell wasn’t exactly anyone’s go-to for gourmet fare, but for many of us born in the 80s and early 90s, it was probably our earliest introduction to Tex-Mex and Mexican cuisine. The first few Mexican restaurants to set up shop here — such as Margarita’s and Cha Cha Cha — only opened their doors later on in 1988 and 1990.

But how things have changed over the past couple of decades. Singapore now plays host to a variety of authentic Mexican eateries, many of which serve up traditional dishes that go beyond the usual tacos and burritos. Think barbacoa — slow cooked meat — and enchiladas, baked tortillas stuffed with an assortment of fillings and covered in a spicy sauce. Perhaps this development can be attributed to local foodies becoming more well-travelled and exposed to the wonderful world of bold and piquant flavours that Mexican fare’s known for.

The newest entrant to the scene is Comida Mexicana, a casual spot run by the same folks behind Margarita’s. It launched in July at East Coast Road, and prides itself on incorporating Mexico and US-imported ingredients such as chillies, tomatillos and beans into its dishes, sauces, salsa dips and marinades.

Here is a guide to 7 of Singapore’s best Mexican restaurants, where you can feast to your heart’s content without even leaving the country — or worrying about any border walls.

Barrio by Mex Out

Launched last year at 313 Somerset, Barrio by Mex Out is a casual eatery serving up staples such as burritos and tacos. It recently introduced a refreshed menu featuring large sharing plates such as half-roasted chicken with roasted adobo, Mexican rice, pineapple salsa, and
guacamole, as well as beef brisket with poblano pepper and salsa. New taco flavours are available too, with highlights like slow-cooked pork carnitas with green salsa. Barrio by Mex Out also operates a second outlet at Vivo City. 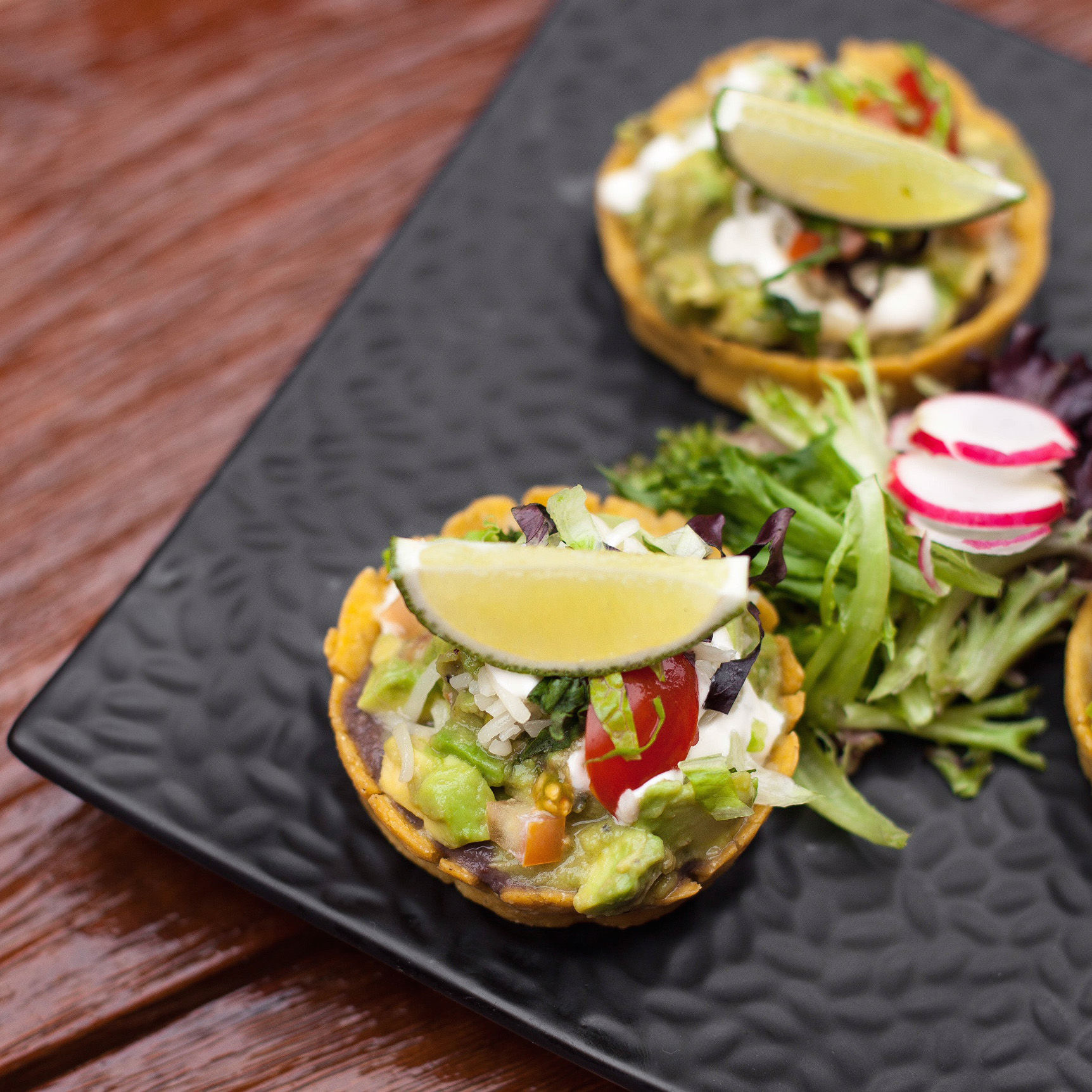 Opened in July, Comida Mexicana is a newcomer to the local Mexican food scene. But it’s already making waves for its delectable grub, which spans carne asada (grilled beef), carnitas (pulled pork) and crab and avocado quesadillas. A must-try is the Enrollados, which features chicken, Monterey Jack cheese, jalapeño and tomatoes ensconced in a fried tortilla. 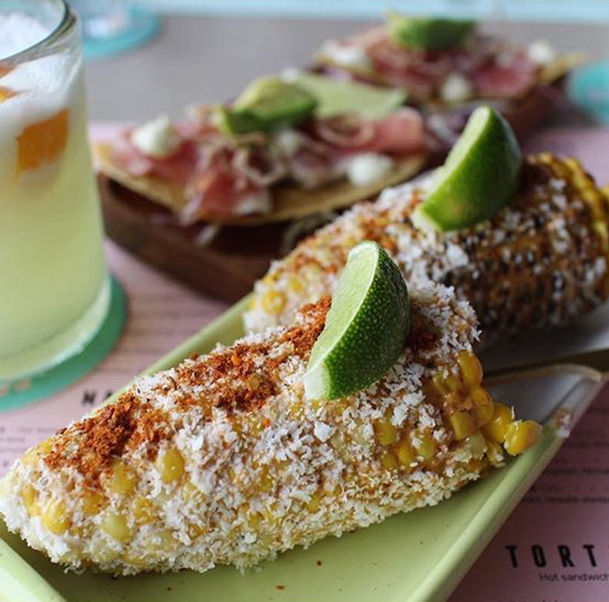 Super Loco operates two outlets at Robertson Quay and Customs House, but we much prefer the latter for its lovely views of the marina. Expect scrumptious fare such as Alitas de Pollo (buffalo wings), tacos al Pastor (which are filled with pork that’s grilled on a spit), and Elotes — Mexican-style grilled corn. If you’re having dinner there, try its Tostada de Pato, which comprises deep fried tortillas loaded with juicy, shredded duck meat. Be sure to wash these down with the restaurant’s margaritas or refreshing açai spearmint mezcailta. 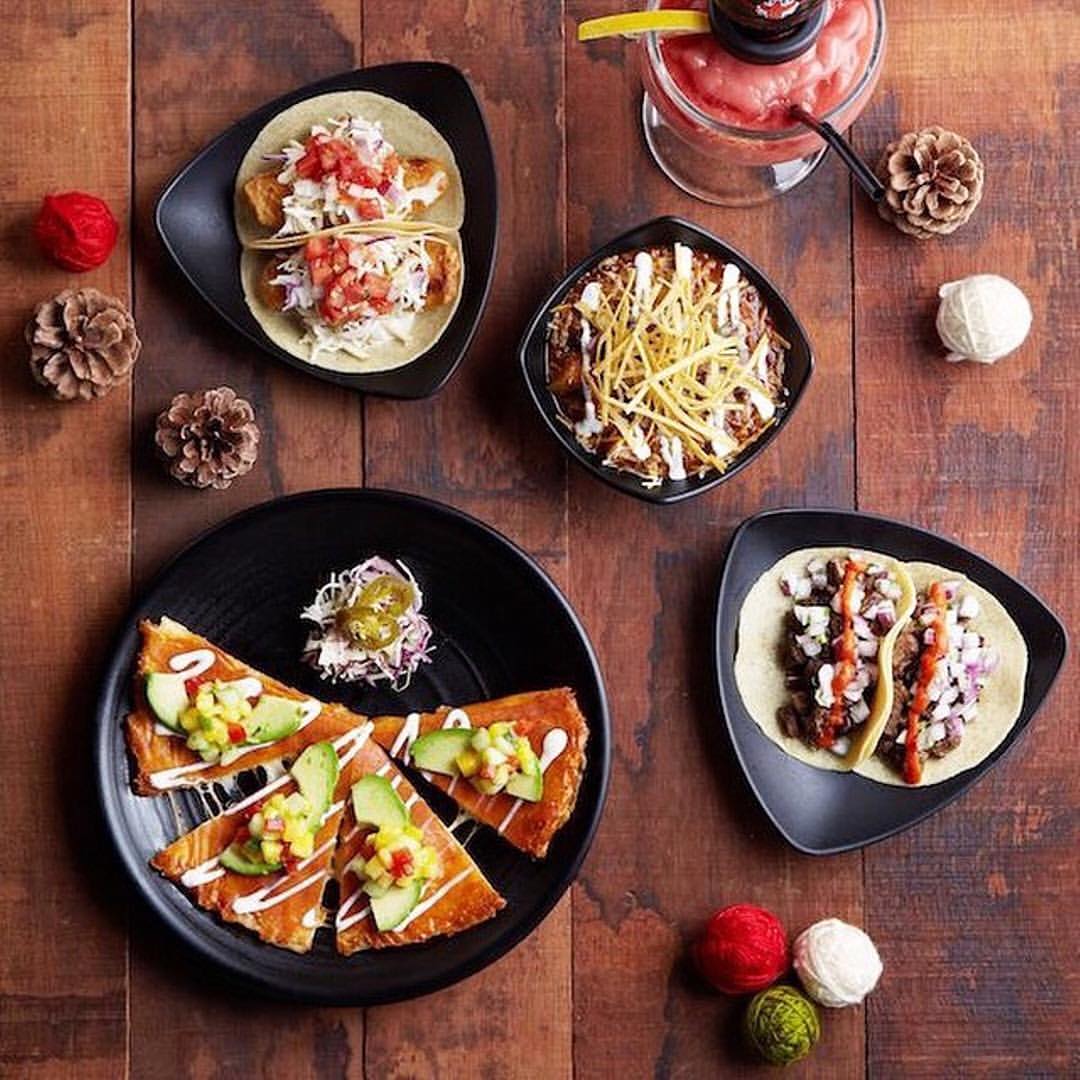 Here’s an eatery to check out if you’re craving something a little less mainstream. Located at South Beach and Timbre+, Vatos Urban Tacos specialises in Korean-Mexican fusion food. It sounds an unlikely, even bizarre pairing, but the combination works surprisingly well, with tasty concoctions such as galbi (beef short rib) tacos, chilli lime prawn tacos, and spicy chicken quesadillas. Our pick? The kimchi carnitas fries, where crispy shoestring fries are engulfed in cheese, shredded pulled pork, and sautéed kimchi for a medley of salty and spicy flavours. Vatos also runs four outlets in Seoul. 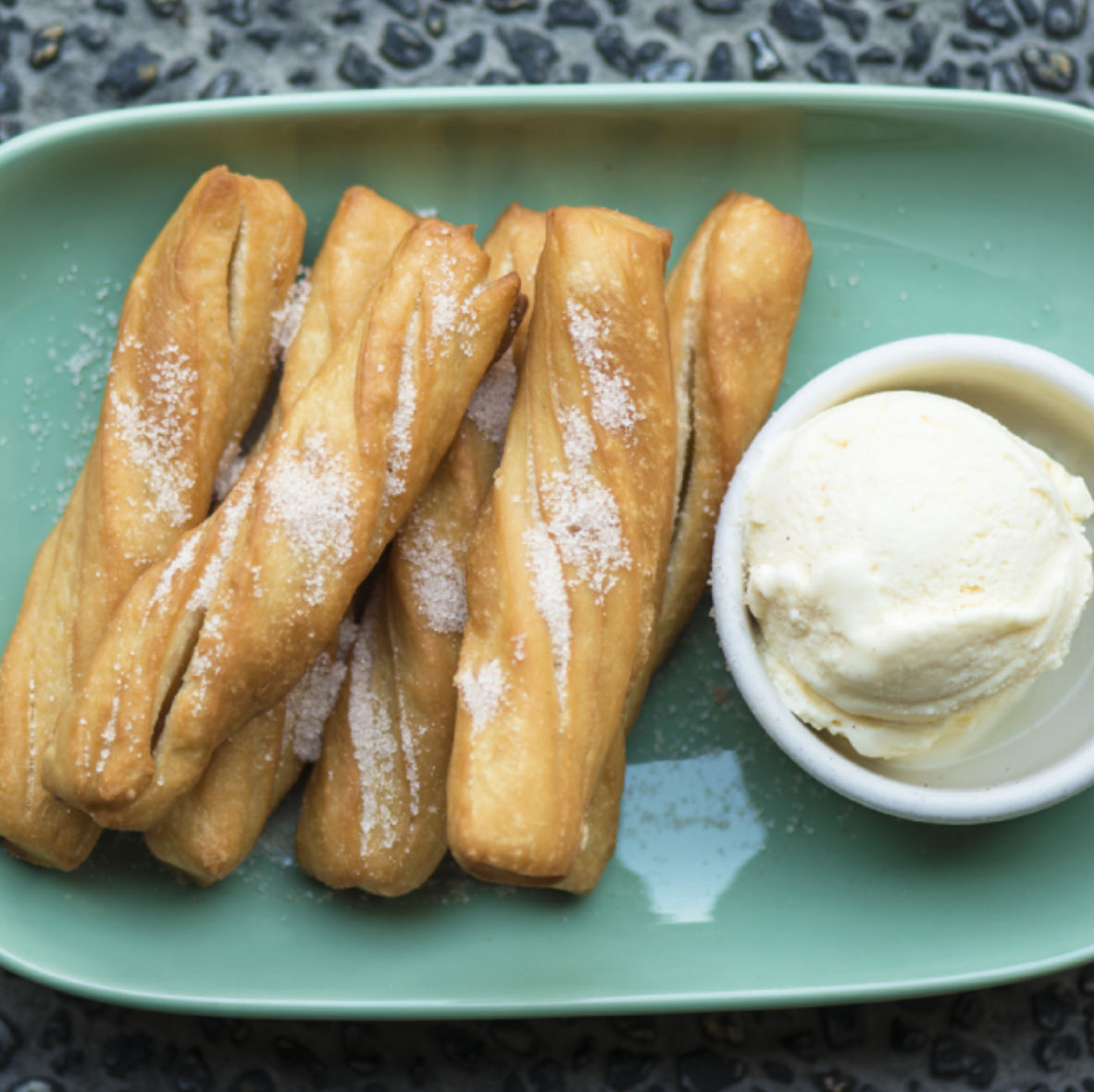 Into its 27th year, Cha Cha Cha is one of Singapore’s oldest Mexican restaurants. Its specialties span tacos, fajitas, burritos and nachos, which come with jalapeño, melted cheese and salsa, and are available with an assortment of toppings such as shredded chicken, beans, ground beef and prawns. Round these off with decadent desserts such as churros with vanilla ice cream, empanadas, and sopaipillas served with maple syrup. Also worth trying are the restaurant’s margaritas in flavours like peach, strawberry and blueberry. 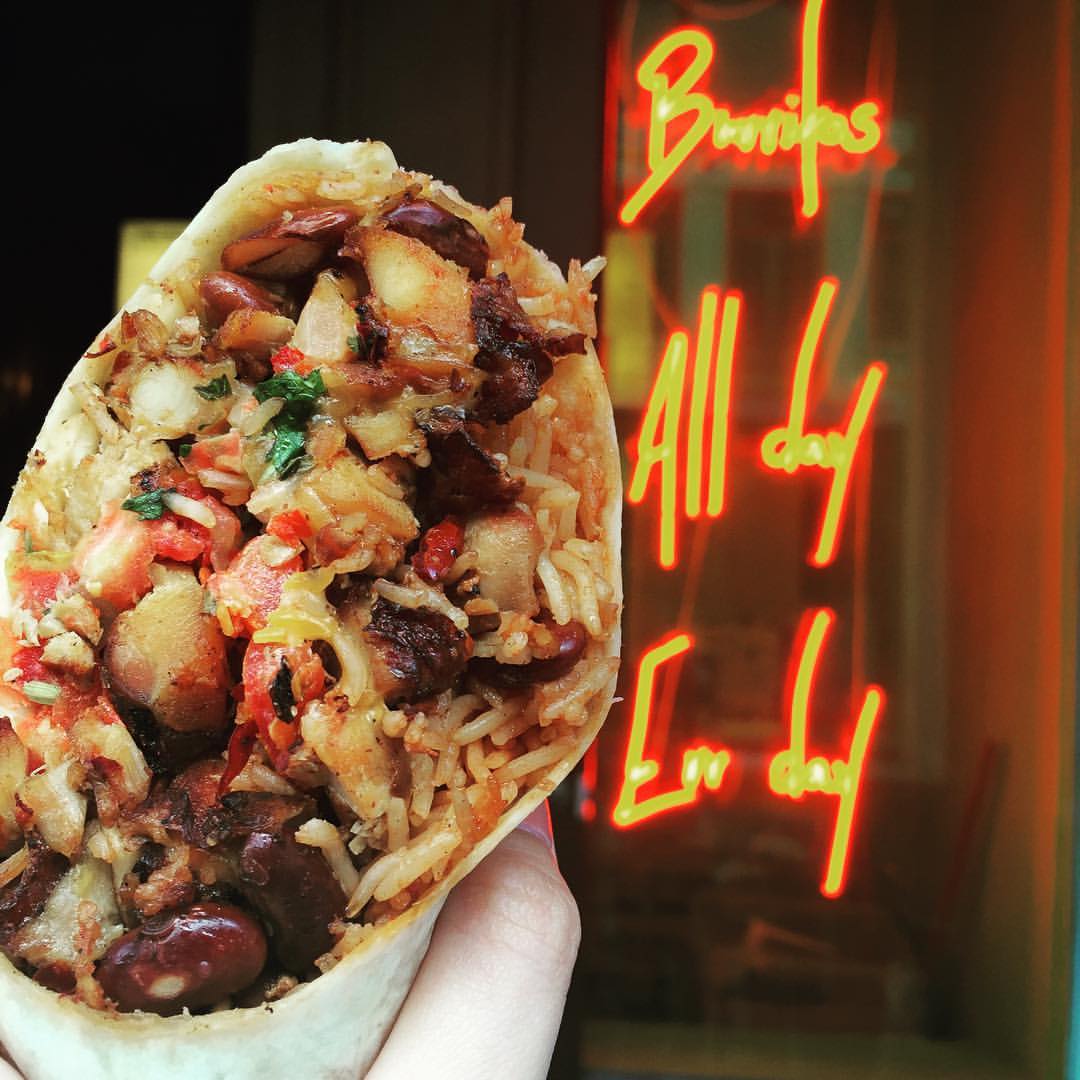 Sometimes, all it takes is a big, juicy burrito overflowing with ingredients to really hit the spot. For that, and hearty Tex-Mex cuisine, head over to Muchachos along Keong Saik Road. It’s particularly easy to spot, thanks to the neon skull and “burritos all day err day” slogan that adorn its shopfront. The buzzy joint is popular for its burritos, which come with fillings such as lamb, chicken and beef tongue. Other offerings include quesadillas, cheeseburgers and nachos with guacamole. 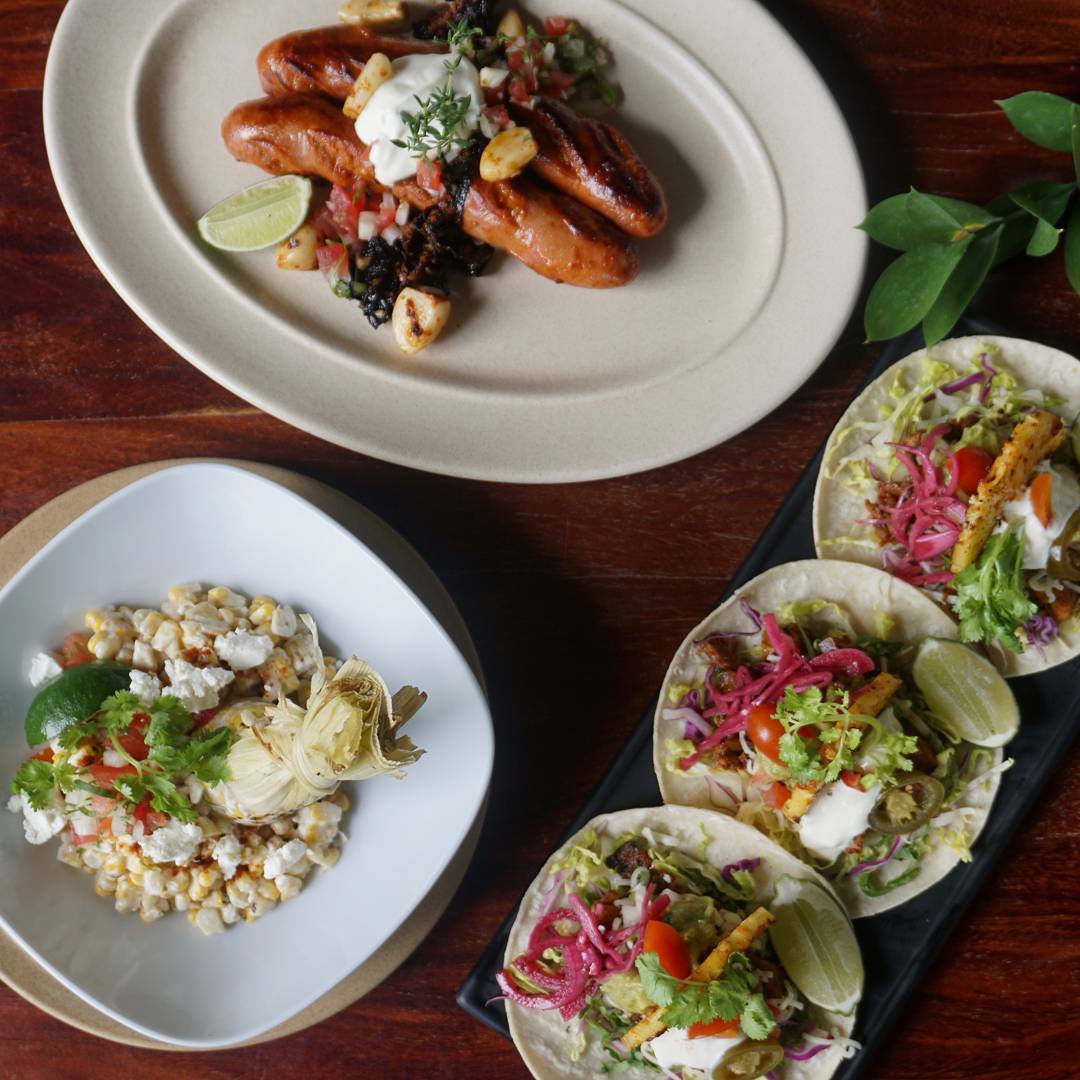 First launched in Faber Drive in 1988, Margarita’s is pretty much a household name in the Mexican dining scene here. Its original outlet has since closed, and it now operates at Dempsey Hill. Among its highlights are chicken cooked in chilli and a margarita sauce, pork carnitas, fajitas, and Mexican corn on the cob. Be sure to order its signature margaritas, which are composed of a hundred percent blue agave tequila, orange or lime liqueur, and lime juice.

Mexican Food Muchachos Super Loco Vatos Urban Tacos Barrio by Mex Out Comida Mexicana Best Mexican Restaurants in Singapore Mexican Food Singapore Tacos Singapore Quesadillas Singapore Cha Cha Cha Margarita's
Sara Yap
Deputy Director, Digital Operations (Asia)
Sara Yap is the Deputy Director of Digital Operations at BurdaLuxury, and a contributing writer to Lifestyle Asia’s dining and jewellery beats. When she’s not on the lookout for exciting new restaurants or bejewelled trinkets, she’s probably buried in a riveting read, or reminiscing the good ol’ days with her favourite playlist of ’90s boyband hits.
Dining Pass the Salt Jewellery On The Rocks
Sign up for our newsletters to have the latest stories delivered straight to your inbox every week.