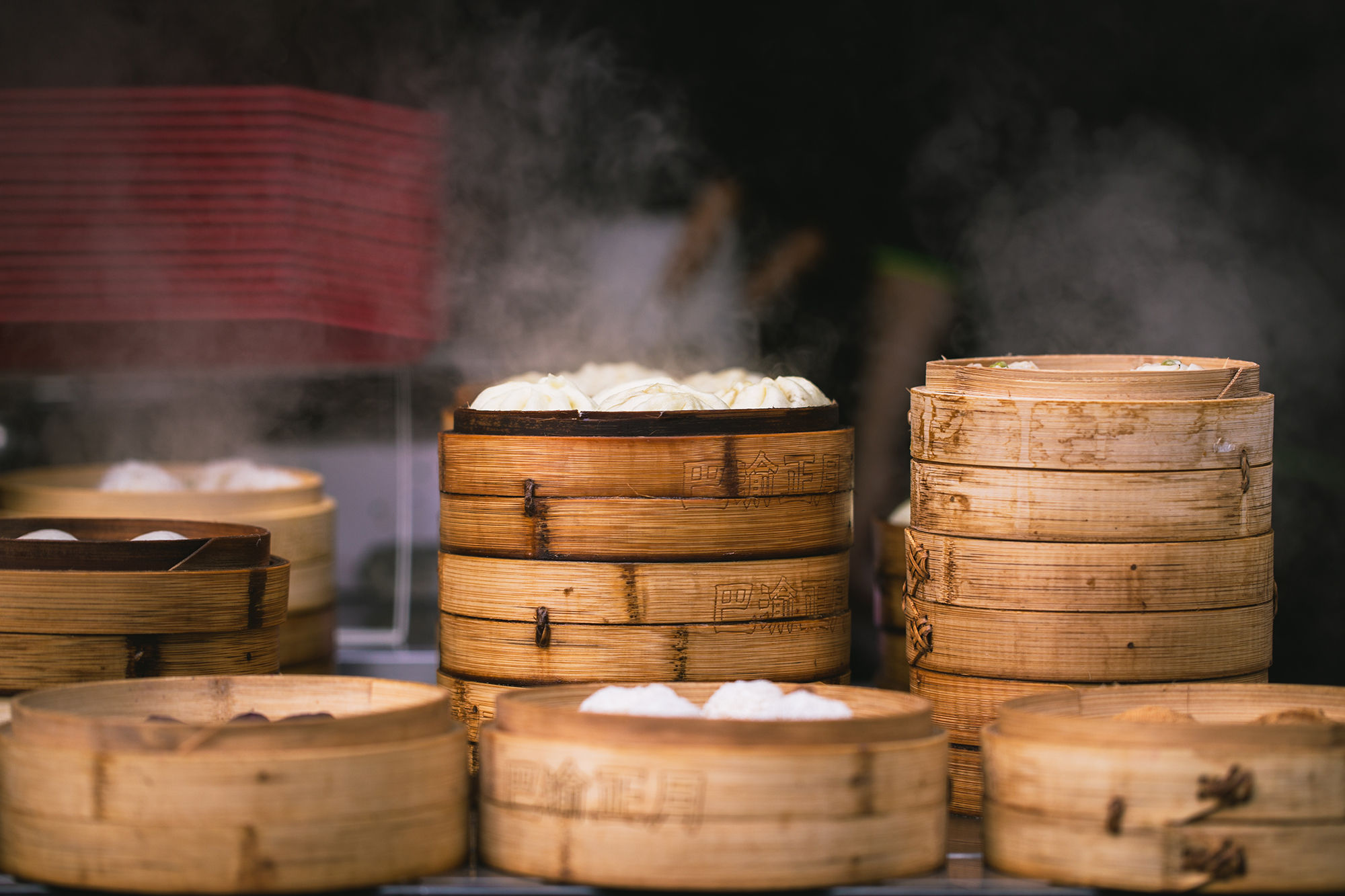 By now, the sight is familiar: Bamboo baskets promising gustatory wonders arrive at your table. The server places a hand over the lid and lifts it as wisps of steam waft out.

This is your average experience at dim sum restaurants in Singapore, yet the quality of what lies within varies widely. The focus on this speciality of Cantonese cuisine is freshness — which is something that not every eatery can promise.

When translated, the name means dot and heart — a reminder that despite the relatively small size of these bites, a lot of thought goes into each creation. Hold up a piece of siew mai in between your chopsticks and you’ll witness the thinness of the dough. Bite onto a har gow and you’ll experience the freshness and purity of the prawn, along with a casing that’s just the right thickness and texture, pinched deftly into shape by an experienced pair of hands.

Indeed, we live in a city blessed with a myriad of cuisines and restaurants which strive to outdo each other in technique, flavour and philosophy. Yet tucking into a dim sum meal is to retreat into the shade of comforting classics, where all that’s needed to put up good food is freshness and quality produce, served with a heaping of sincerity. Here are 8 of the best dim sum restaurants in Singapore. 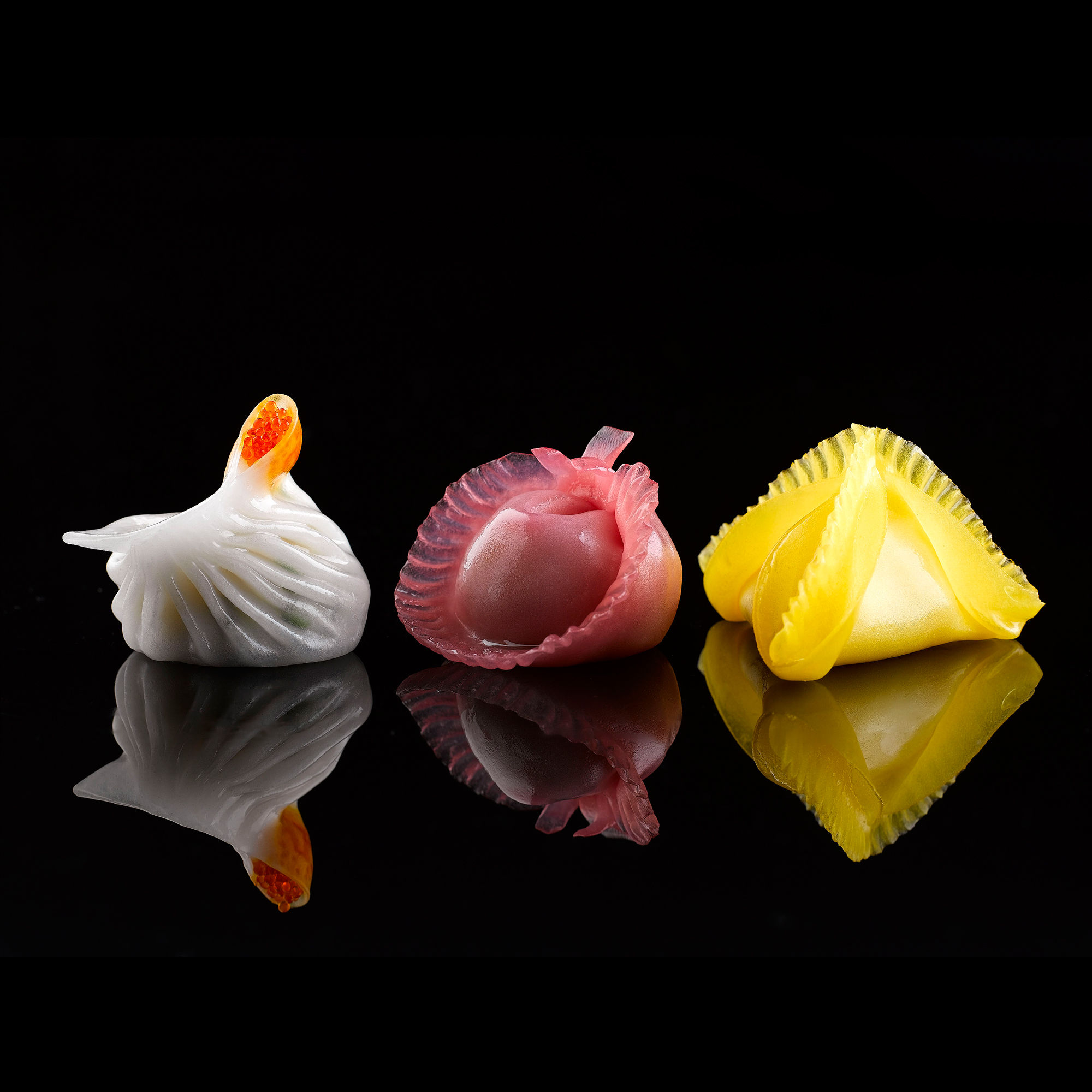 Jade restaurant’s weekend dim sum buffet is now a thing of the past. In its wake is a single session seating lunch menu that’s been distilled down to the restaurant’s best offerings, as well as an à la carte selection. Go for the Purple Finch menu, which begins with a selection of eight types of dim sum from the abalone siew mai to perennial favourite osmanthus char siew bun. If that sounds too light for lunch, fret not, for what follows is wok fried flour rolls and sweet treats like cream of almond served with a green tea custard bun. 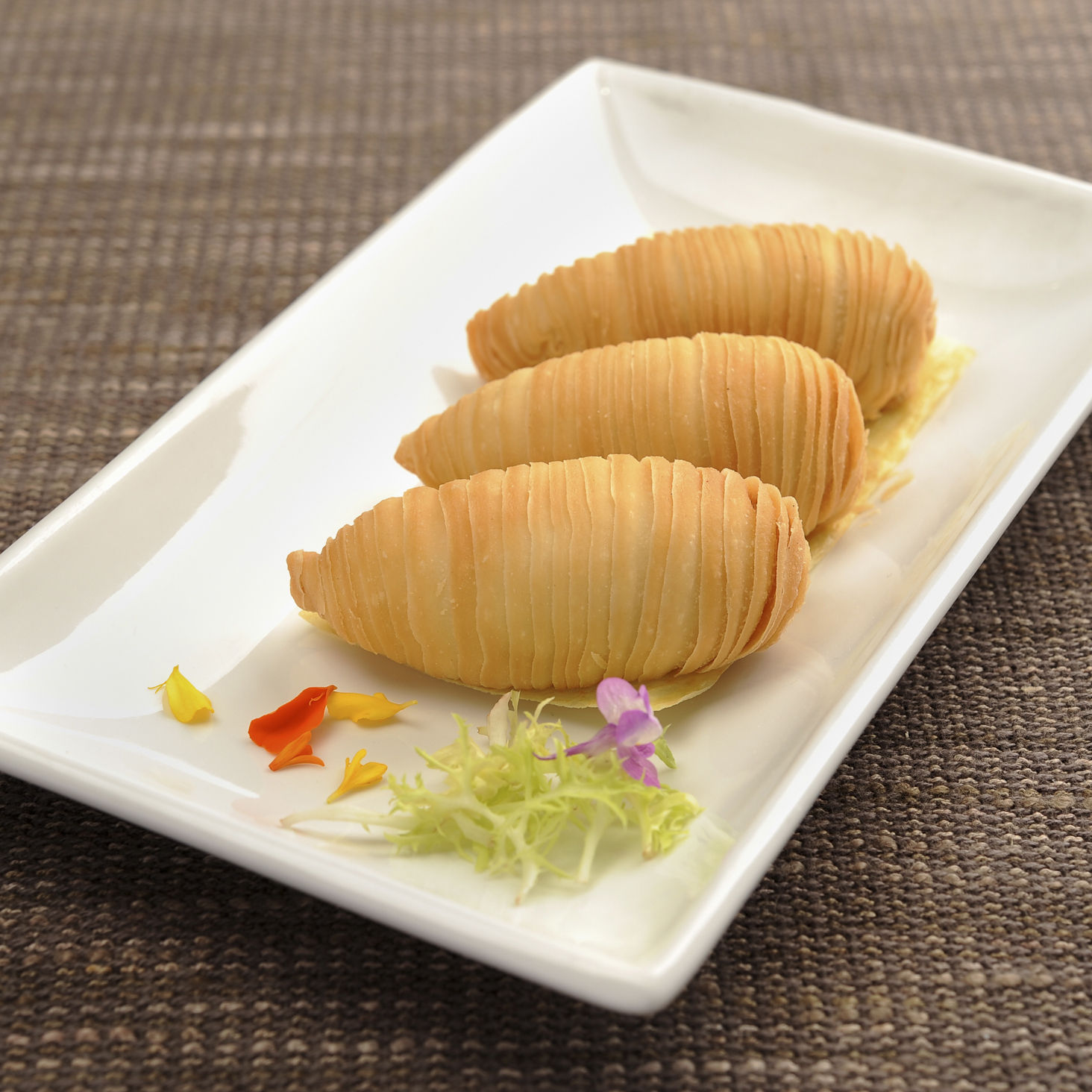 Shangri-La Hotel’s resident Chinese restaurant Shang Palace has been a firm favourite among dim sum aficionados. Now that the establishment has brought in stalwart Mok Kit Keung, who headed the two-Michelin-starred offshoot in Hong Kong of the same name, one wonders if the dim sum can get better than it already is. A must-try is the lobster and seafood soup dumpling, a single but large morsel served in a bowl that’s as delicious as it is hearty. Those hankering for crispy textures can order the radish puff with parma ham, which comes in a delicately layered, flaky pastry casing. 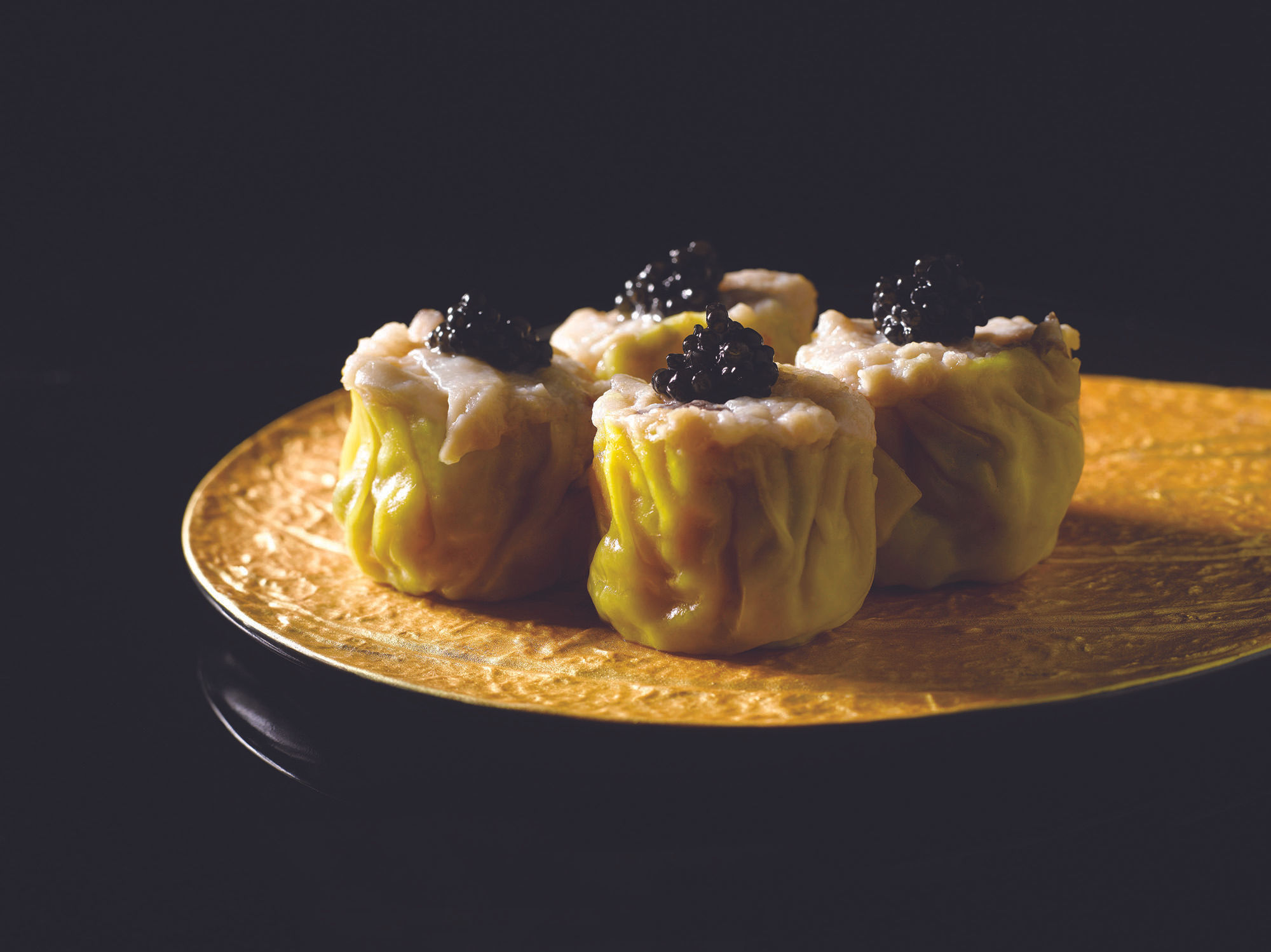 There aren’t many excellent Chinese restaurants at Orchard Road, but Crystal Jade Golden Palace in Paragon Shopping Centre is certainly one of them. It was once seen as just another shopping mall restaurant until it gained its Michelin star in 2016 — which it still retains today. Expect upscale offerings like siew mai topped with caviar, and pretty morsels like scallop dumplings with sliced almonds, which come in thin pink skins sitting on tiny baskets. 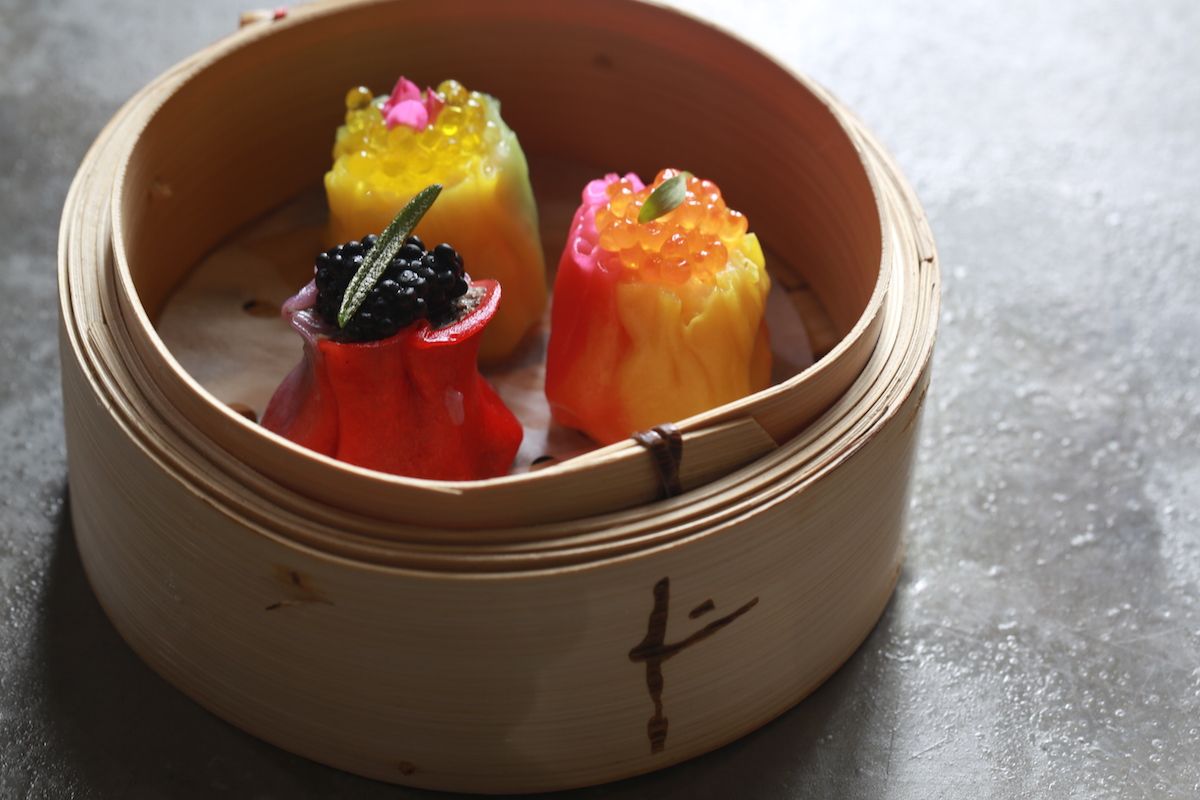 Chef Janice Wong might be better known as a dessert doyenne but that also means one thing: An expertise with the properties of flour. This idea takes centre stage at her first full scale restaurant eponymously named Janice Wong Singapore, where Chinese cuisine is given a modern tint. Expect colourful dim sum creations; your average siew mai will come in duo-coloured skins with fillings like shrimp with ikura, scallop with olive oil caviar, and portobello rosemary with caviar. Don’t leave without ordering the Signature 5, a showcase of five bites with contrasting skin textures ranging from chewy to crispy. 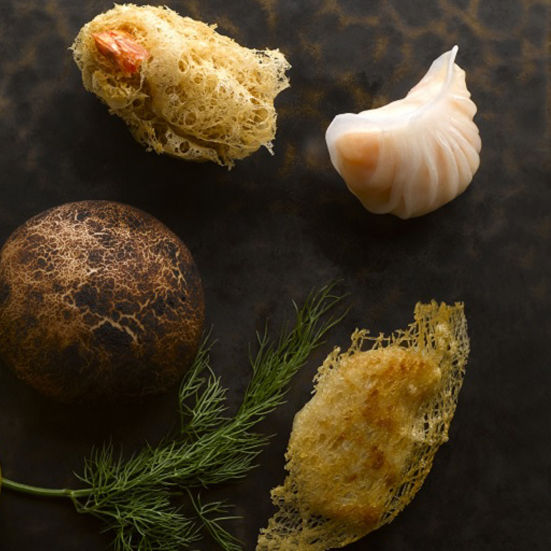 Yan Ting is known for attracting either well-heeled ladies or patrons looking for power business lunches for two simple reasons: The food is refined and the surrounds are plush. On weekends and public holidays though, the space hosts an exquisite dim sum brunch where the food comes with a free flow of beverages in different tiers, from juices to wines and champagne. Be sure not to miss the restaurant’s standout creation of steamed pork and shrimp dumplings with black truffles. 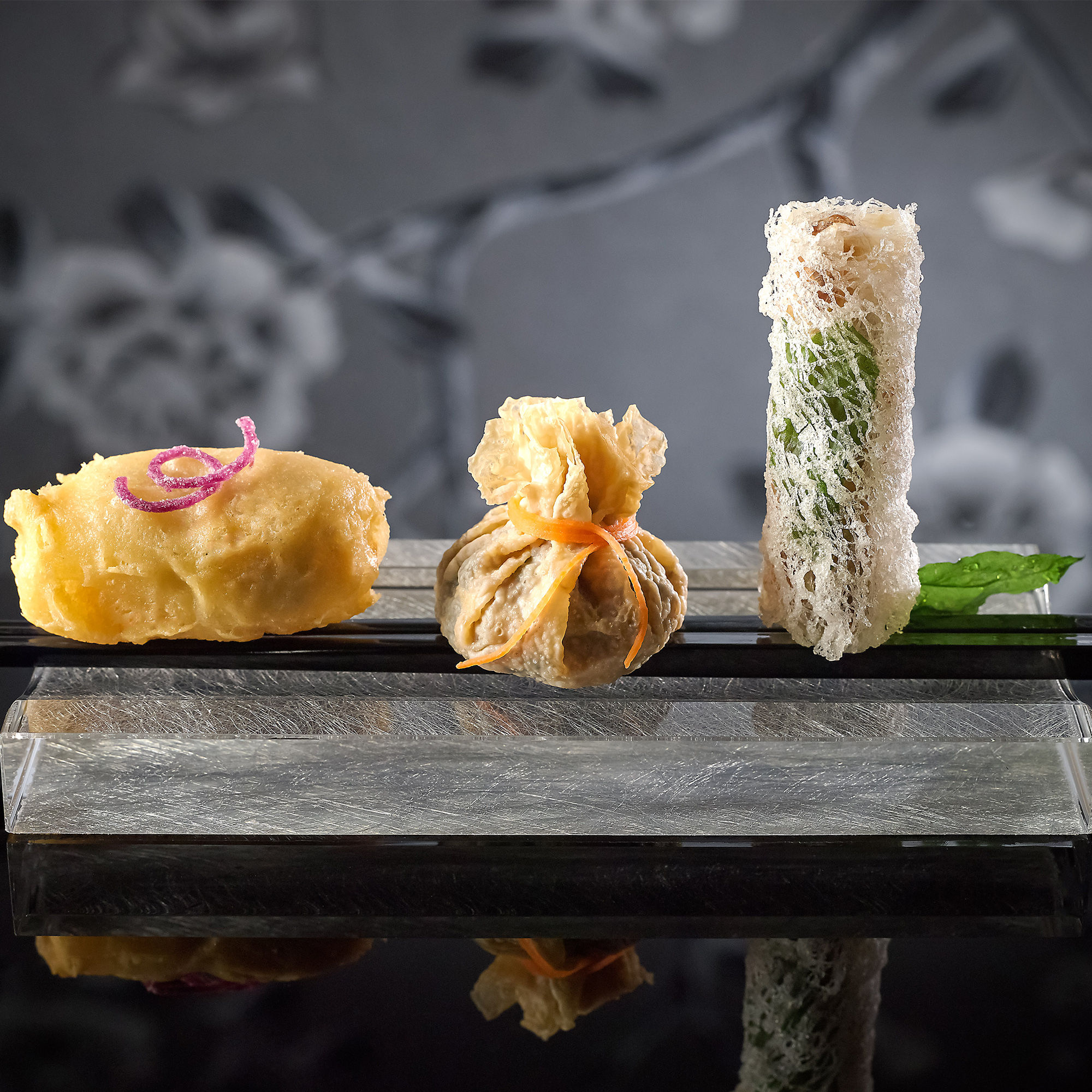 Wah Lok is consistently rated as one of the best Cantonese restaurants in Singapore, and its longevity (it was founded in 1988) bears testament to that. Its baked barbecue pork buns are a classic must-have, while premium offerings like chilled foie gras and whole abalone as well as the pan-fried Hokkaido scallop in golden sauce won’t disappoint. 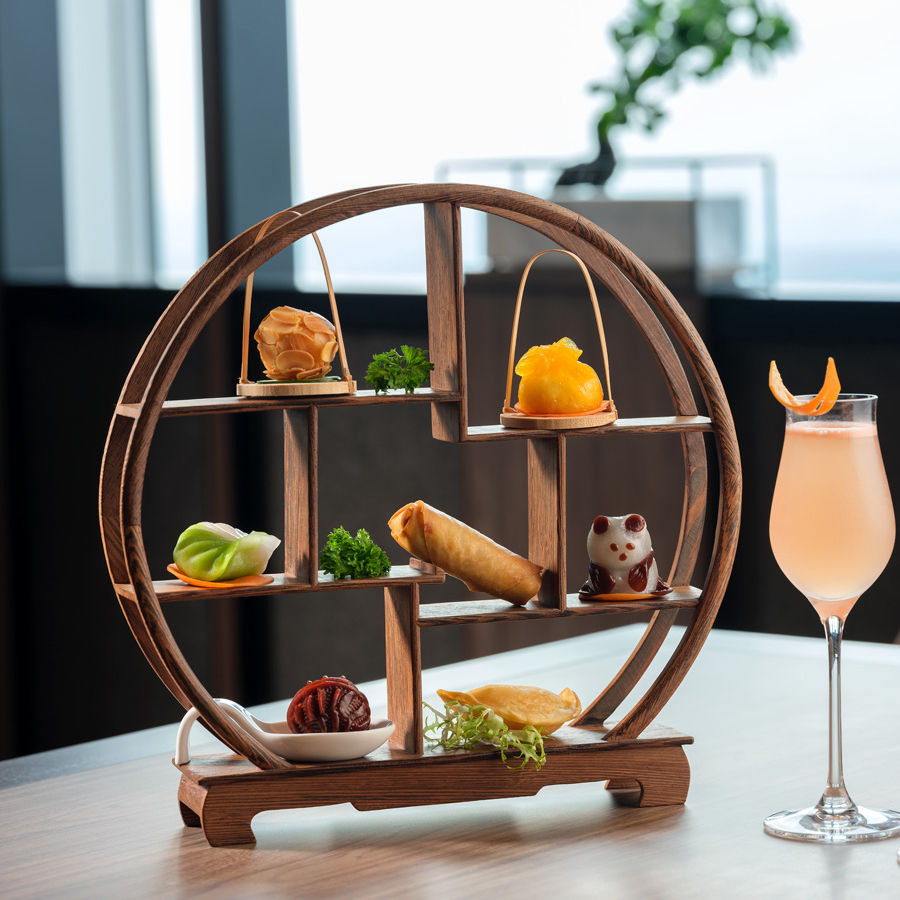 Forget about having dim sum for lunch. Si Chuan Dou Hua continues its innovative streak by serving up nine of these tasty morsels for high tea with a cocktail to boot. This is part of its Imperial High Tea program served from 2:30 to 6pm. The drink is a Forbidden Blossom cocktail made with elderflower liqueur, grapefruit juice and tonic water crafted to pair well with the purity and freshness of dim sum. 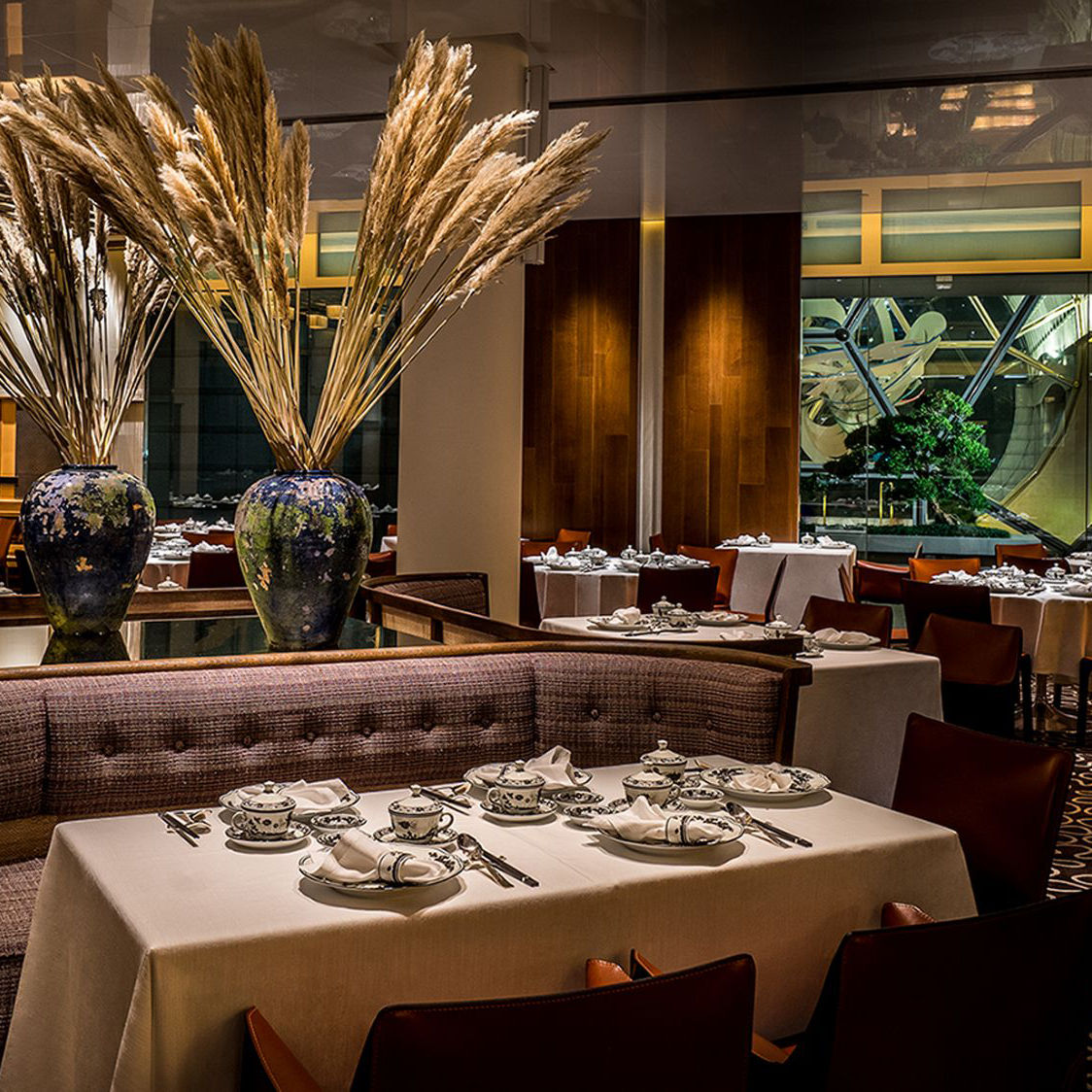 Tea sometimes plays second fiddle to the dim sum offerings at many Cantonese restaurants, but Summer Pavilion at the Ritz Carlton shines an equal spotlight on its tea offerings. That’s because these are curated by local Chinese tea house Tea Bone Zen Mind. Food-wise, the baked abalone puff is a scrumptious option, as is the chive dumpling with chicken, shrimp and mushrooms given a flavour boost with preserved vegetables.