The best all-American diners in Singapore

In light of one of the most exciting events of the year aka the US Presidential Election 2020 — yes, there aren’t that many exciting things this year — we’re rounding up some of our favourite all-American diners in Singapore.

But what exactly makes an all-American diner? The concept behind this unique breed of restaurants is simple: unpretentious greasy grub, set in a locale that’s dressed in checkered tiled flooring and seafoam green, complete with red booths made for a cosy night out with friends.

Yet the enduring appeal of the all-American diner is much more than its casual plates and vintage furniture. When it was first introduced, the diner was often located just off major interstate highways as a signal of rest and hospitality after a long journey. It was built primarily for the blue-collar crowd, with the main focus being to create cheap and fast food.

The meaning of the diner then ameliorated in the post-second world war boom: it became known as a homely, melting pot of people that saw travellers and locals alike. Many of the interior elements and dishes that were introduced in this period — including the iconic jukebox — became so popular that it has become quintessential to any diner.

We might not be able to get the true, authentic all-American diner experience here in Singapore, but that doesn’t mean we can’t enjoy the vibes at these inspired ones. Read on for the full list.

You might also like…
Food & Drink
All the new bars and restaurants to head to this November 2020
Food & Drink
Review: RVLT’s newest menu fills some pretty big shoes, and then some 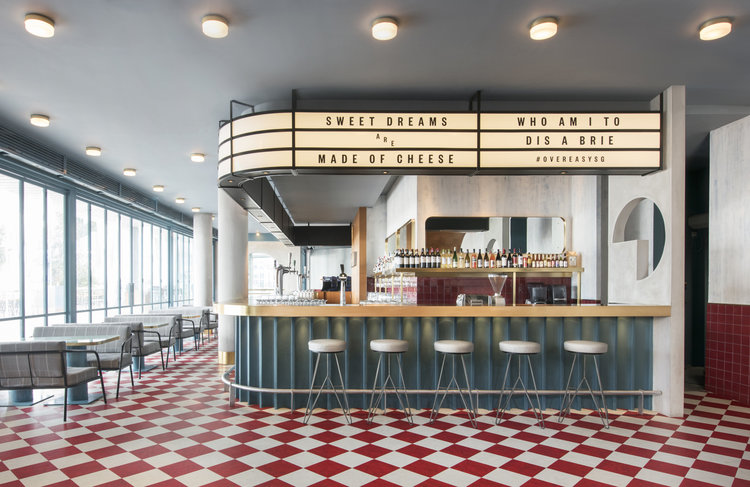 For an all-American dining experience by the bay, head to OverEasy. The diner is dressed is a kitschy shade of turquoise and red checkerboard floorings, a modern interpretation of the classic American diner that’s heavily influenced by the vibrant spirit of the 1960s and ‘70s. Notable items on the menu here include the truffle lobster mac and cheese and the beer can chicken — a whole roasted chicken that’s stuffed upright with a beer can. Don’t forget to grab a couple of root beer floats to wash it all down with. 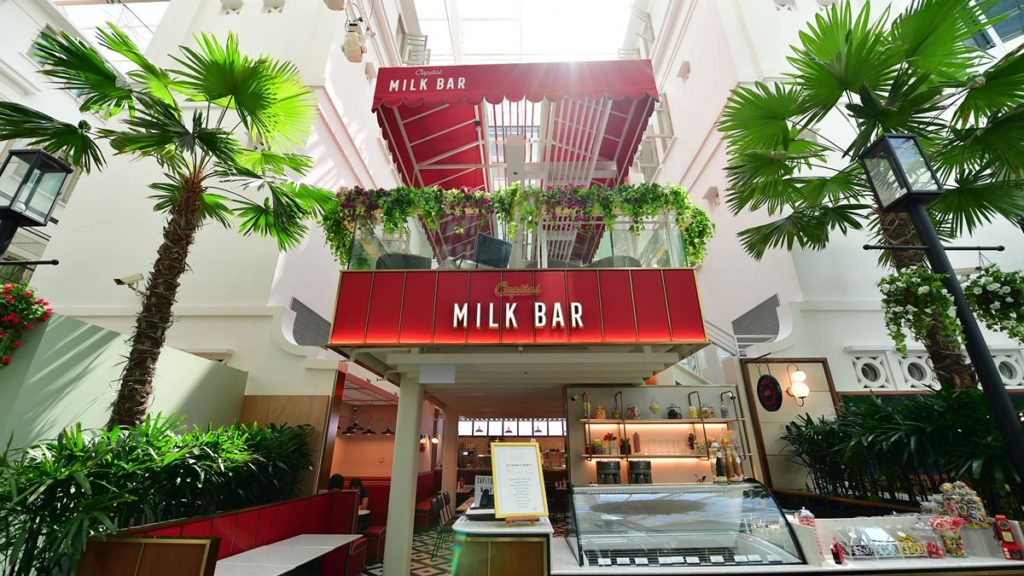 While one might not be able to find the decor of the “quintessential” American diner at Hard Rock Cafe, the vibes of the place more than makes up for it. After all, what’s more authentic than a heritage American joint that’s been crooning good ol’ rock tunes since 1971? Crowd favourite dishes come in the form of the Hickory-Smoked Bar-B-Que Chicken, a Southern-style half chicken, rubbed, grilled and basted and the Fresh Apple Cobbler, a warm, gooey sweet treat to end your night with. 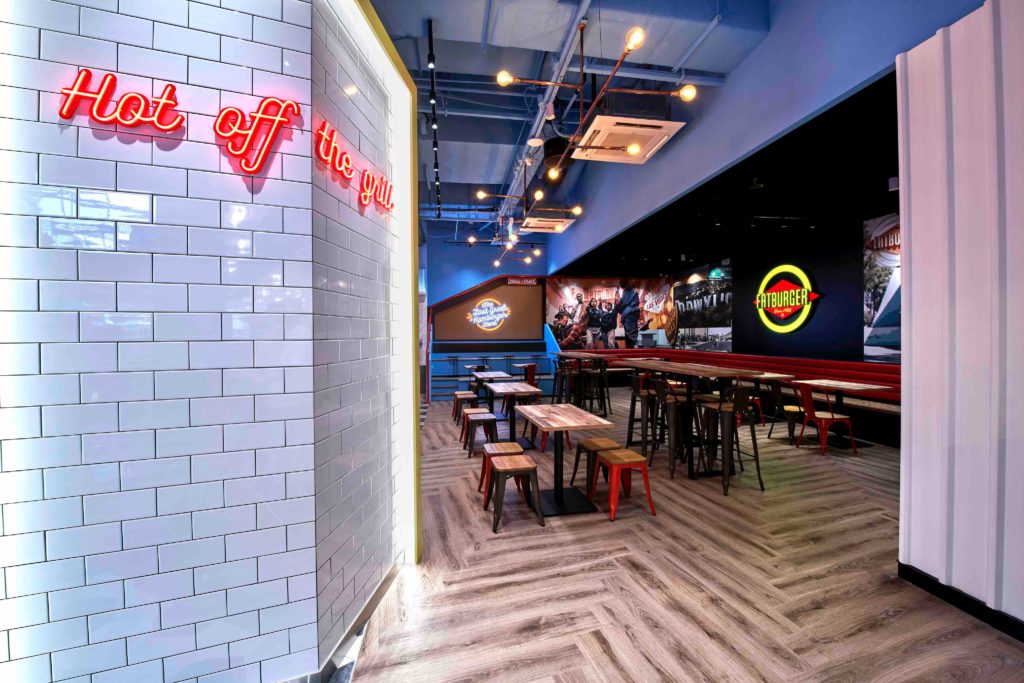 Transport yourself right to the City of Angels with Fatburger’s first flagship lifestyle concept store, located in the bustling Orchard Cineleisure. The diner features a unique stadium-like design with bold wall murals — making it the first-ever Fatburger in the world to have such an interior. The halal-certified menu of fresh burgers come generously portioned with farm-to-table chicken and freshly-baked artisanal buns, as well as new creations like the Fish Burger, stuffed with a tender codfish patty and vegetarian selections that come with Impossible meat.

Overeasy American diner in Singapore Hard Rock Cafe Singapore Fatburger Broadway American Diner
Jocelyn Tan
Senior Writer
Jocelyn Tan is a travel and design writer who's probably indulging in serial killer podcasts or reading one too many books on East Asian history. When she actually gets to travel, you can find her attempting to stuff her entire wardrobe into her luggage. Yes, she's a chronic over-packer.
Travel Design