Where to find the best chicken rice in Singapore

The Lion City might as well be synonymous with chicken rice, although calling it our national food inspires our Malaysian neighbours to debate this issue ardently online.

Us Singaporeans are nothing short of an opinionated bunch, and everyone seems to have specific preferences when it comes to the dish.

A number of nuanced factors play into individuals pledging loyalty to a particular store. Everything from the dish’s style (choose between steamed, roast, and soya sauce chicken); the fragrant greasiness of the rice; the silky texture of the meat and skin that’s achieved by gingerly poaching the bird; and even the sweet-savoury flavours of the accompanying sauces and chilli can inspire the most fervent discussions.

Read on for our list of the nation’s most beloved chicken rice stalls.

You might also like…
Living
Your complete guide to sugar alternatives, from honey to sucralose
Style
Zegna inspires men to live with purpose with #WhatMakesAMan Boon Tong Kee was founded in 1979 by Thian Boon Hua as a humble chicken rice stall in Chinatown. The brand currently has multiple outlets and is renowned for serving the dish Cantonese-style with young, white cut chicken. Make a feast out of your visit by ordering other zi char dishes like barbecued suckling pig, crispy cereal prawns, and steamed egg with crab meat. 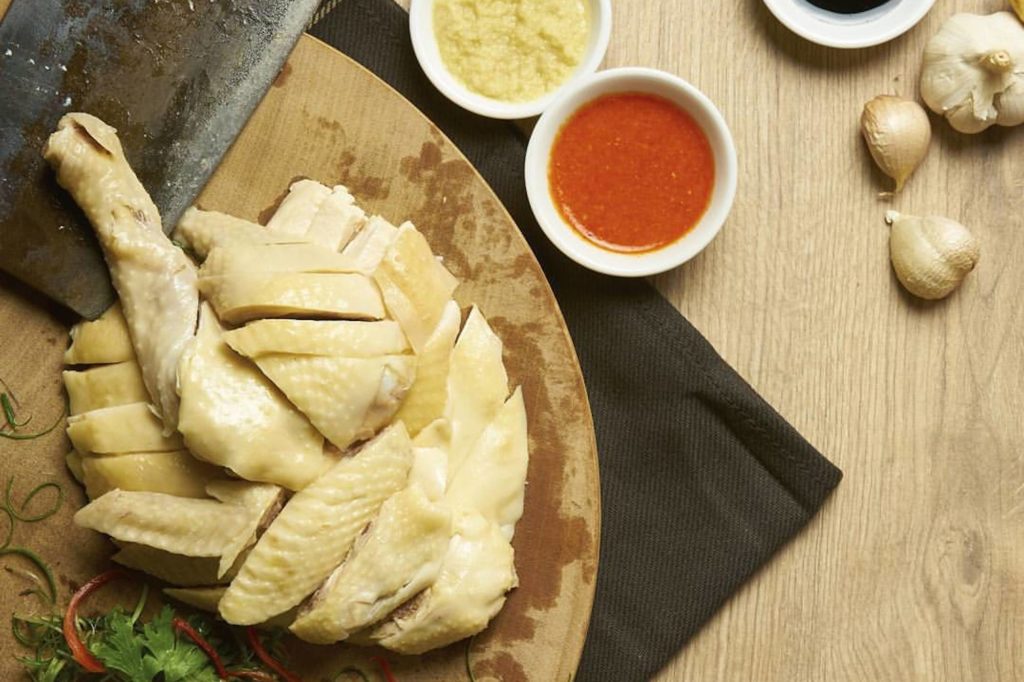 Many know Five Star as the go-to spot for chicken rice in the east. The restaurant prides itself in serving free-range chicken, which means the meat is less fatty and richer in flavour. Complete your meal with a serving of aromatic rice and drizzle over as much homemade chilli and ginger sauce as you desire. Tian Tian Hainanese Chicken Rice was awarded a Bib Gourmand award by the Michelin Guide in 2016 and queues for the stall have only grown since then. The perfectly-poached meat is the result of constantly innovating cooking techniques over the course of three decades. Today, the stall soaks the blanched chicken in an ice bath to give the meat its signature tender texture. Accompany it with a generous spoonful of homemade secret sauce, minced ginger, and brilliantly spicy chilli sauce. Loy Kee is a family-run business that rose to prominence for its signature chicken rice and porridge in the 1950s. The brand continues to uphold the vision of its founder Loy Nie In, who believed fresh ingredients are essential to an outstanding meal. The stall is well-known for its succulent chicken and fragrant long-grain rice that’s accompanied by homemade garlic chilli and piquant dark soy sauce. Jew Kit was founded in 1992 and has been serving up Hainanese chicken rice ever since. The brand sous vides the chicken to ensure succulent meat and skin, as well as a layer of melt-in-your mouth collagen in between. Other signature dishes include chicken feet in Thai sauce and bitter gourd salad. Wee Nam Kee allows diners to choose between steamed, roast, and soy sauce chicken. The rice here is known to be fluffy and not too greasy, and many praise the business’s dark soy sauce for being less salty. Round out your meal with a variety of zi char options such as cereal prawns, sweet and sour pork, and sambal kang kong. Ming Kee is arguably one of the most iconic chicken rice stalls in Singapore. Many flock here for the silky texture of the meat and skin, which is produced by dunking the cooked chicken in ice-cold water prior to chopping it up. Expect to be in the queue for about half an hour on weekdays and an hour on weekends. Delicious Boneless might be one of the lesser known names on this list but is a popular spot for chicken rice amongst those living in the east. The stall offers both steamed and roast chicken, and is known for serving achar (vegetables picked South Asian style) alongside it. Aromatic yellow-hued rice accompanies the meat and owes its colour to being cooked in chicken oil.

Hawker Food chicken rice
Stephanie Yeap
Writer
Stephanie writes about food and culture. She has a soft spot for the visual and literary arts and can be found at the latest exhibition openings. Currently, she's on a quest to devour as much SingLit as possible.