Of all fast food, fried chicken is the most well-loved universally. Nearly every culture or country has some unique version of it, with their own mixes of spices or flavourings. But every chicken wing or leg goes through the same baptism of boiling oil before it is granted a sublime golden-brown coat of crust.

It’s not difficult to make good fried chicken, and it takes much mastery and ingenuity to take the familiar finger food to the next level. We still love our usual fast food spots, but our picks of eateries and restaurants are special affairs that celebrate the limitless potential of the humble fried chicken. It’s time to get your hands dirty. 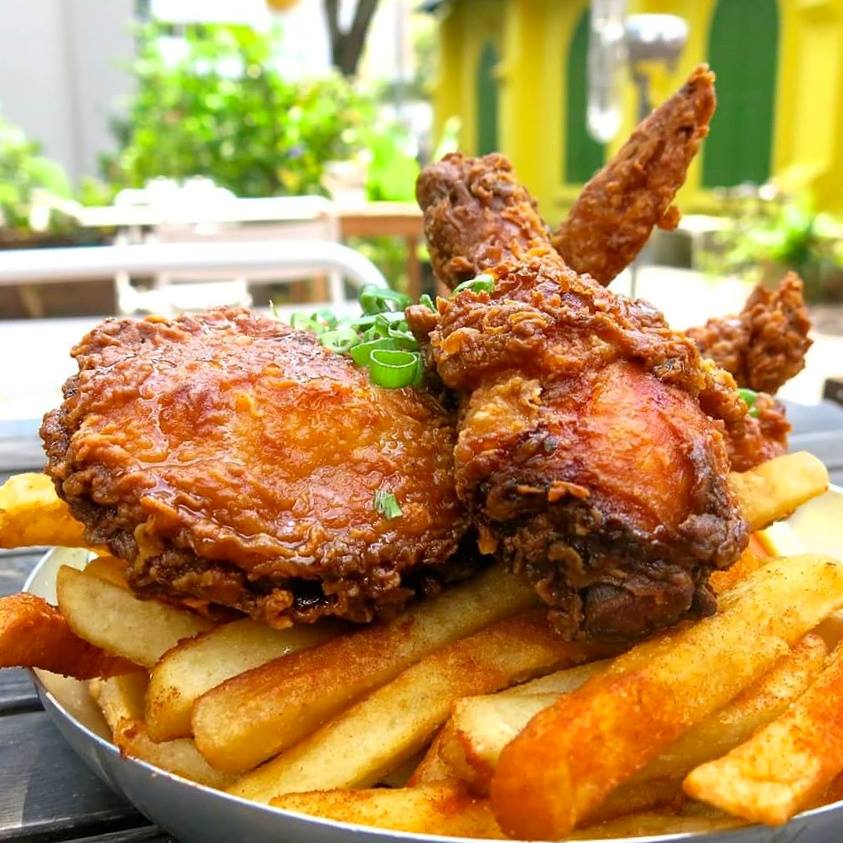 Bird Bird, Bjorn Shen’s gourmet fried chicken project, is long gone by now. Not that Shen has given up on such zany ideas though; his fried chicken dreams continue to live on at Artichoke. The Artichoke fried chicken, available only for brunch, is a Lebanese-inspired creation once offered at Bird Bird. The chicken is glazed in honey, covered in a za’atar-spiked batter and deep-fried to a crisp. The toum garlic dip fits right in with this dish. If this sounds too fancy, head down here from 4 to 7PM — Artichoke has a bar menu with only fried chicken drumlets, chips and dips with drinks. 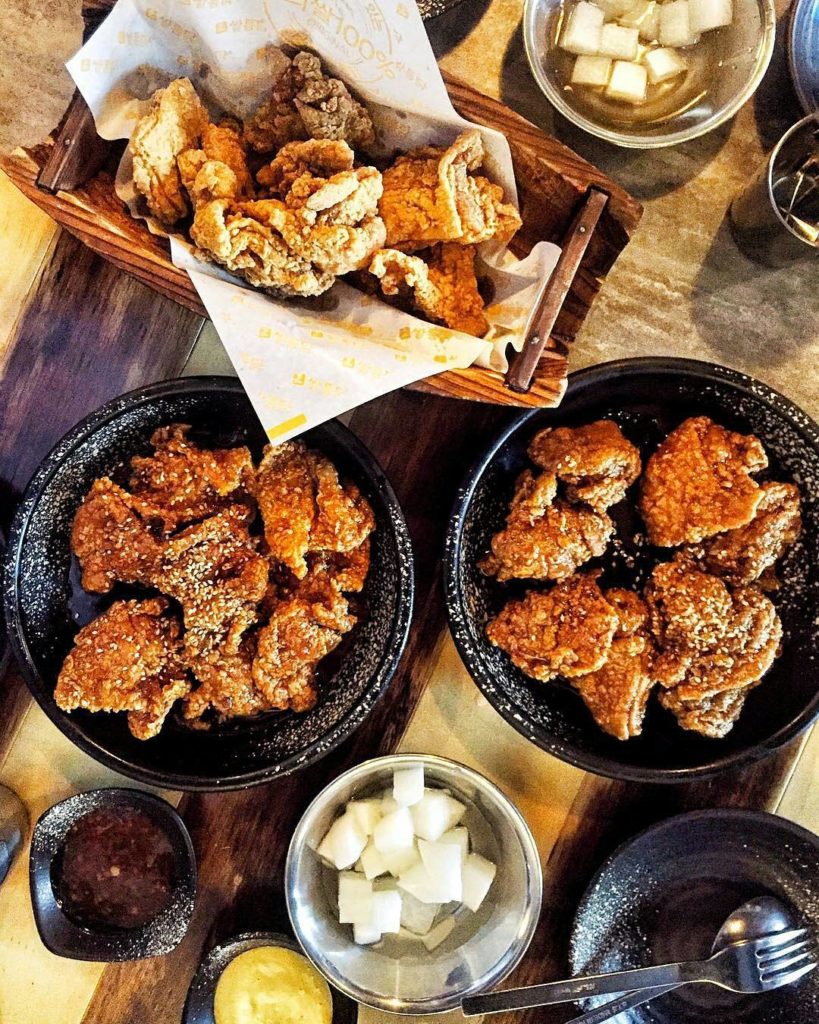 You won’t find KFC on this list, but we think this version of Korean fried chicken might set your cravings elsewhere. Now, fried chicken plays no part in any healthful diet. Oven & Fried Chicken’s take is somewhat more guiltless. The restaurant goes for a batter of rice flour, instead of wheat flour, which makes for a light and airy crunch. It is much less oily than typical fried chicken but still as flavourful. The fried chicken is also available with a sweet and spicy soya sauce. 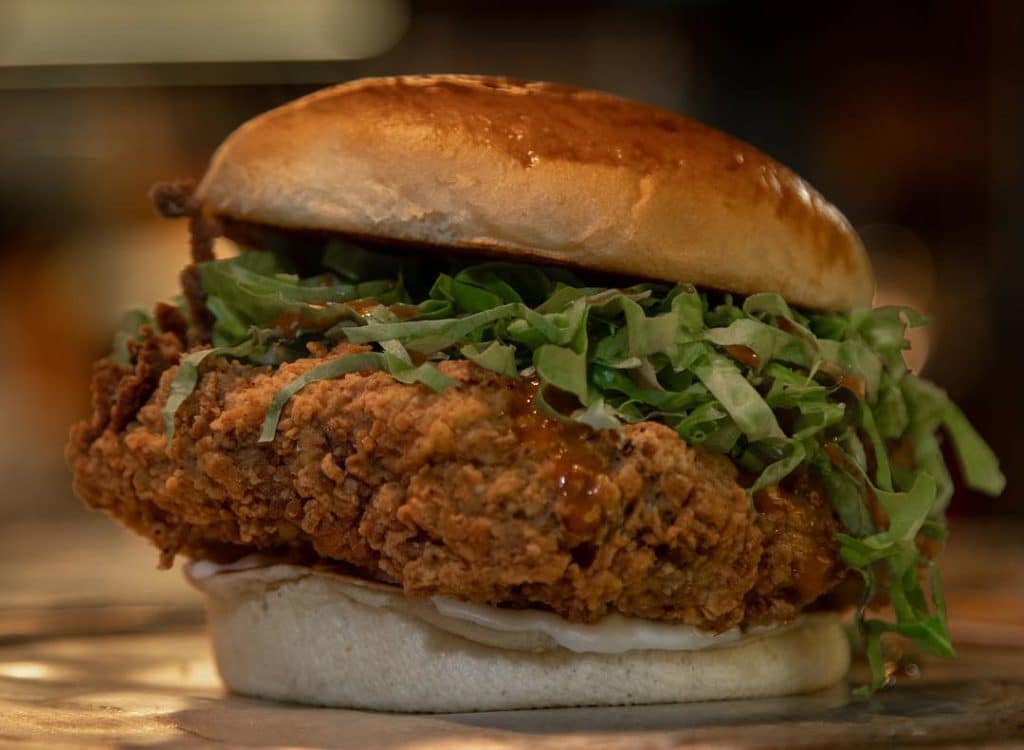 Granted, Park Bench Deli doesn’t have chicken in a basket on its menu. Its fried chicken sandwich is making us wish they did. Boneless chicken thighs are marinated with garlic and rosemary and sous-vide overnight. These are then coated in buttermilk and flour before it is deep-fried. The result is an impossibly juicy fried chicken made more satisfying with brioche buns, garlic mayo and chipotle-honey dressing. 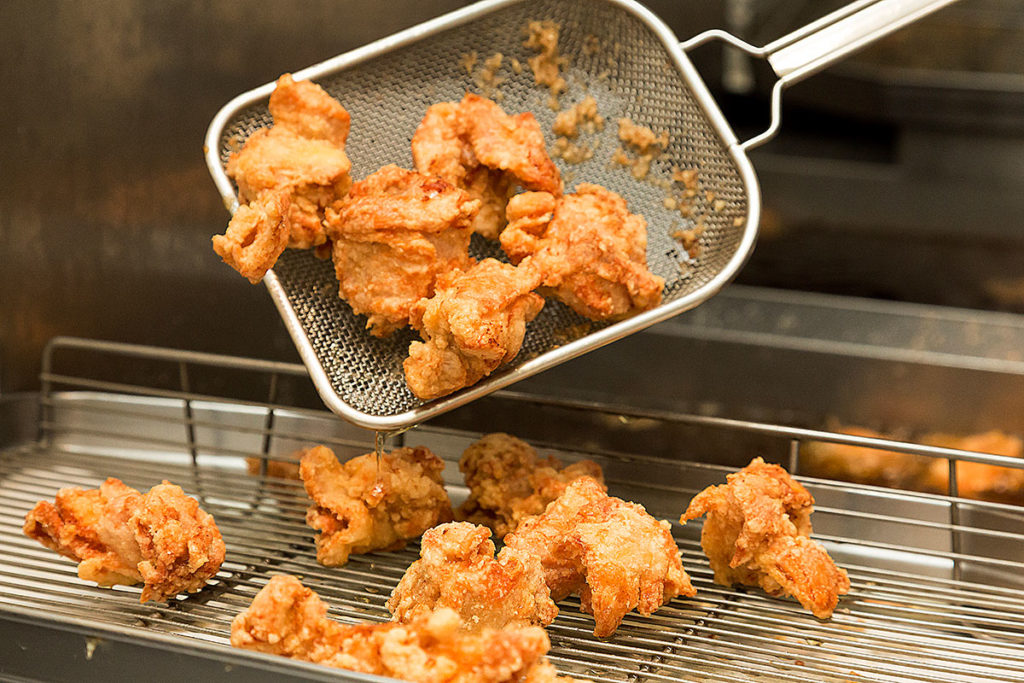 Tokyo-based Rang Mang Shokudo, which has been hailed as a mecca for fried chicken lovers, takes their craft seriously. The restaurant uses only free-range chickens which they marinate in buttermilk and coat with corn flour. The chickens are all cooked to order and goes through the deep-fryer twice at low heat to ensure even cooking. There are 15 different dipping choices offered, from wasabi cream, basil and cheese to cod roe mayo. But, you’ll find that this fried chicken is perfect on its own. 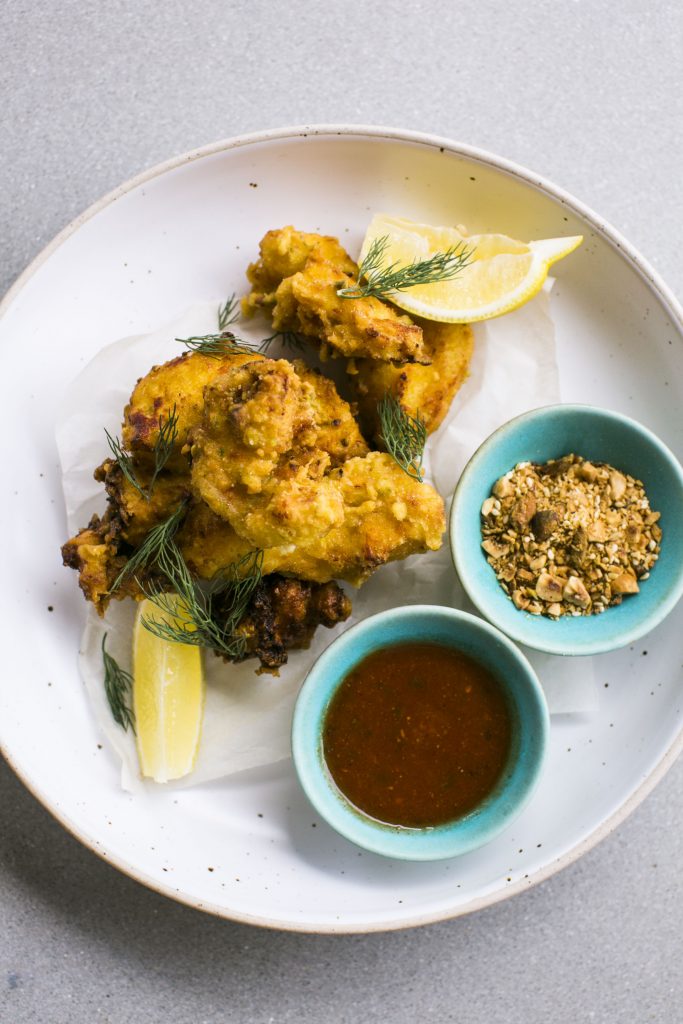 Fried chicken might not be the first thing one thinks about in a Mediterranean restaurant. At Summerlong, however, the Persian fried chicken has been a long-standing signature since its opening. The secret to getting juicy fried chicken is to brine it first. Summerlong’s version uses a pickle brine instead, which leaves the meat tender with a hint of flavour. The dish is then served with mint sauce, spicy harissa and dukkah. 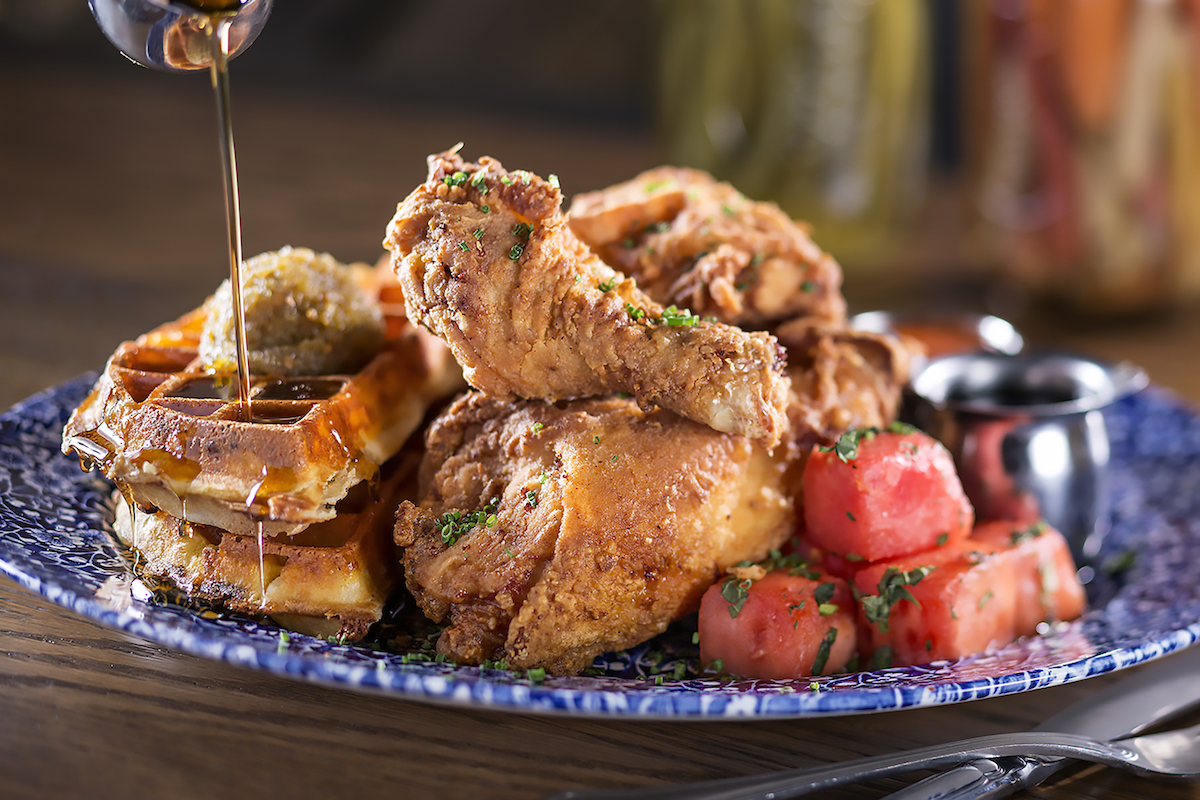 At $34++ for half a bird, Yardbird’s fried chicken is the priciest one on this list. The restaurant follows a 150-year-old recipe religiously, from brinning chicken for 27 hours to its secret mix of spices and flour. Unlike most fried chicken, Yardbird’s version doesn’t have buttermilk and instead has a thin, yet crispy, skin. The best way to enjoy this chicken is with the restaurant’s bourbon maple syrup, watermelon cubes compressed with cayenne and mint and waffles.

Fried Chicken Artichoke Park Bench Deli Summerlong Yardbird Southern Table and Bar Oven and Fried Chicken
Jasmine Tay
Senior Writer
Jasmine Tay is the dining, culture and jewellery writer. She makes fine silver jewellery and causes mini-explosions in the kitchen when she can't afford fancy dinners. Sometimes she tells people what she thinks about art, and binges on the music of Danzig when they don’t agree.
Dining Culture Jewellery