Where to get the juiciest gyoza in Singapore

Fusion cuisine is not a thing of the 20th century. It’s a culinary phenomenon that has happened throughout history when people and cultures meet, whether by travel or war. In the case of the Japanese gyoza, it is the latter. Japanese and Chinese cooking has always seen many crossovers (think mapo tofu and fried rice), but the gyoza is one of the most recent inventions in the cuisine.
The gyoza was first created by the Japanese after World War II, inspired by the Chinese jiaozi. Both are identical, though the Japanese go for much thinner skin and more finely-chopped ingredients. While the gyoza is mostly pan-fried, they are sometimes steamed and had with soup as well — whichever the diner prefers. While they are mostly delegated as a side dish with ramen and other mains, there have been eateries who have recognised the homely appeal of this humble dumpling. 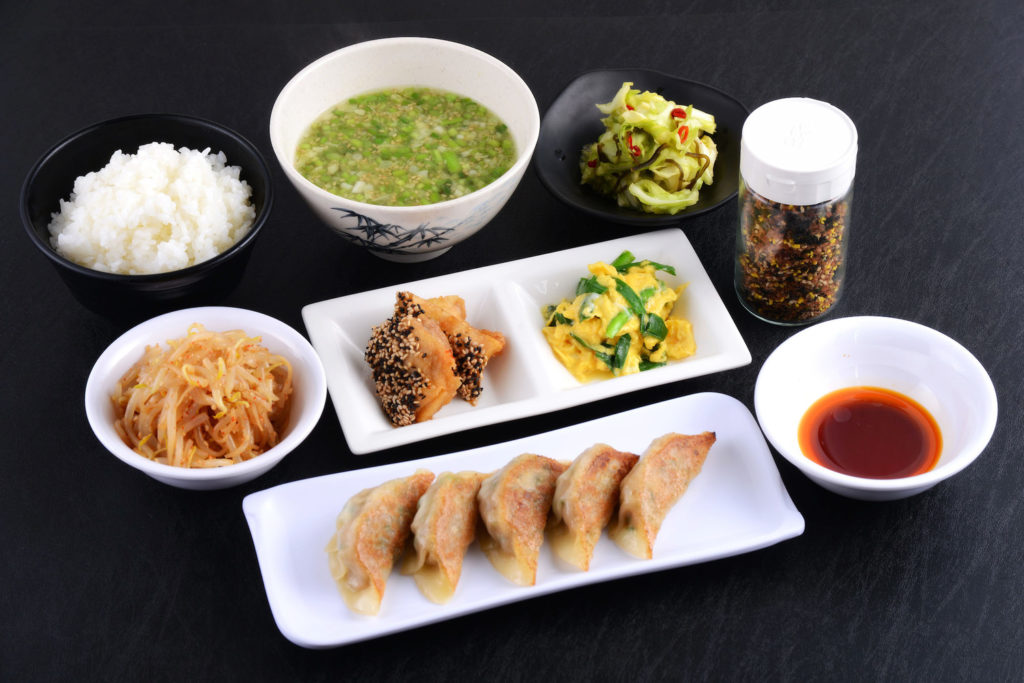 Ramen Keisuke is best known for their noodles and thick pork-based ramen broth. Their stalls are always packed to the brim with hungry (and very patient) diners. So it may come as a surprise that the restaurant group has an eatery dedicated wholly to the gyoza, ramen’s sidekick. The pan-fried gyozas come with a little surprise. Besides pork and vegetables, the dumplings are filled with ramen soup as well. Keisuke Gyoza King offers three different types: pork with tonkotsu broth, chicken with chicken broth as well as a prawn version with crab broth. Instead of casting it as a side dish, gyozas are the main highlights here. Diners can choose to have the dumpling with other sides, miso soup and rice. Tucked above Ramen Matsuri is the non-descript Gyoza Bar which, as its name suggests, is all about gyoza and good drinks. The menu is simple here. There are only gyozas pan-fried, boiled or in a soup. Each dumpling is handmade, stuffed with a mixture of pork, celery and miso — perfect with a glass of champagne or sake. Instead of just offering soya sauce, Gyoza Bar also offers lime and Okinawan salt with their signature item. This humble gyoza joint, with its vast list of spirits, is a nice hideaway from the busier nightlife at Boat Quay. 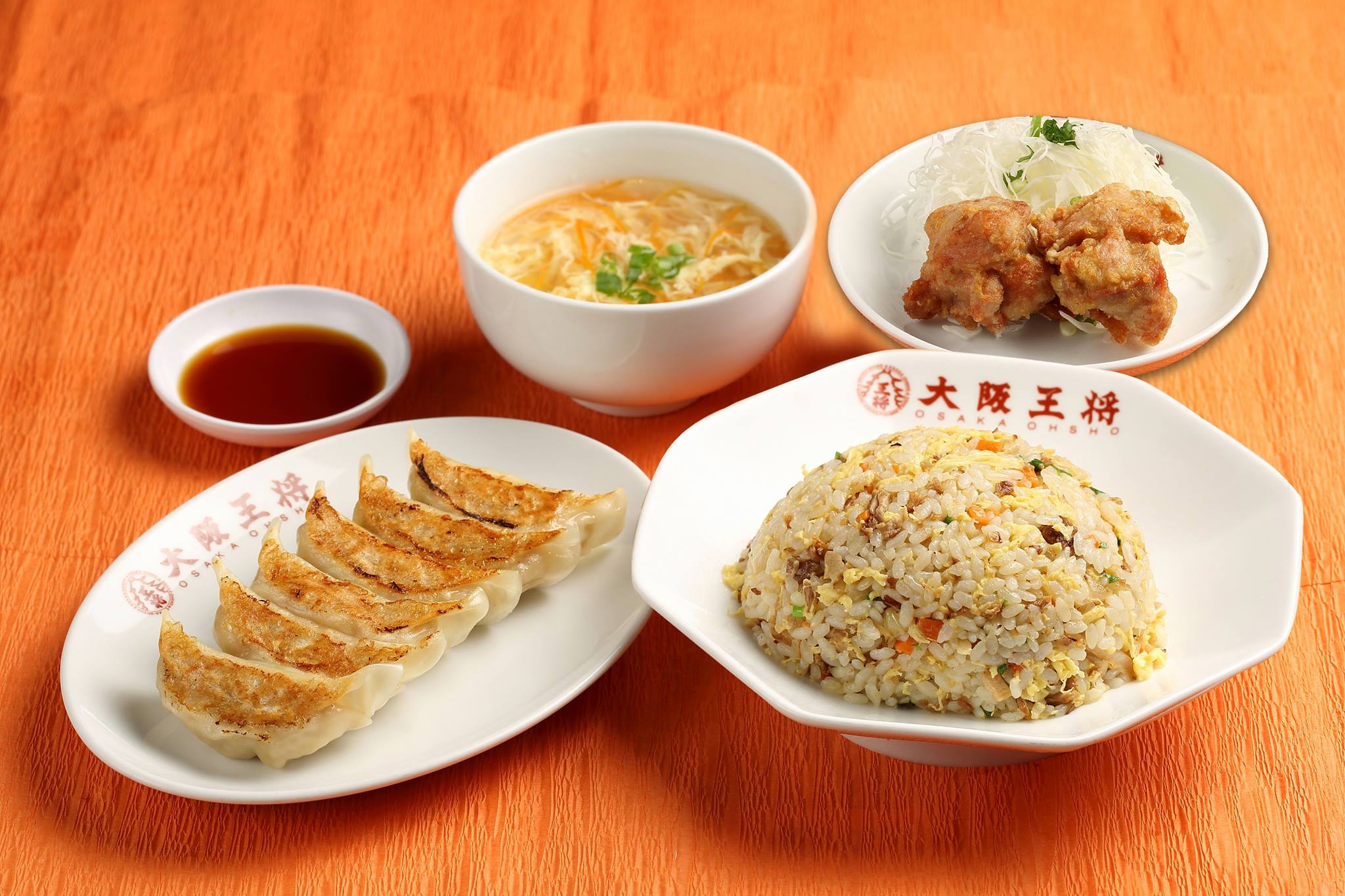 This 50-year-old gyoza specialist from Osaka is a well-established brand for its traditional take on Japanese-Chinese cuisine. The casual eatery has three branches across Singapore, all serving the same signature gyozas. Each dumpling is stuffed with vegetables and three varieties of pork, held together by a thin piece of dough. The result is perfectly crispy gyoza, blistered golden brown on all sides from the grill, with a still-juicy filling. It’s the perfect companion to have with Osaka Osho’s popular okowa (read: glutinous rice with meat or vegetables) and stir-frys. Cuppage Plaza, one of the few seedy shopping malls in Orchard Road, is home to a plethora of good Japanese eats attracting many a homesick salaryman. The dishes here aren’t the prettiest but are reminiscent of heartwarming, home-cooked fare. Similarly, the gyozas (pan-fried or deep-fried, have your pick) here are nothing much to look at. But the wallet-friendly prices and generous fillings of pork and onions have made them a must-order amongst local diners and Japanese expats alike. Ramen is also one of the signatures here too. The eatery opens till later and has takeaways, offering indulgent suppers for party-goers and those who’ve just pulled through an all-nighter. Gyoza-Ya is dedicated to offering the most authentic dining experience in Singapore. For one, the restaurant look looks like a traditional Japanese eatery transplanted in the basement of the upmarket Robinsons Orchard. Over at the open kitchen, diners can see cooks whipping fresh gyoza. To ensure quality gyozas, the restaurant imports everything  — meat to the dough skin — from Japan. If you are, at this point, getting bored with the usual pork-and-veg combo, then you’re in for a treat at Gyoza-Ya. The menu has other options, such as mentaiko miso, octopus, truffle and red king crab. If you’re feeling more adventurous, try the azuki-stuffed dumpling for dessert.

gyoza keisuke gyoza bar
Jasmine Tay
Senior Writer
Jasmine Tay is the dining, culture and jewellery writer. She makes fine silver jewellery and causes mini-explosions in the kitchen when she can't afford fancy dinners. Sometimes she tells people what she thinks about art, and binges on the music of Danzig when they don’t agree.
Dining Culture Jewellery