Home > Food & Drink > Dining > Love cacio e pepe? Here’s where you can get the best plates in Singapore 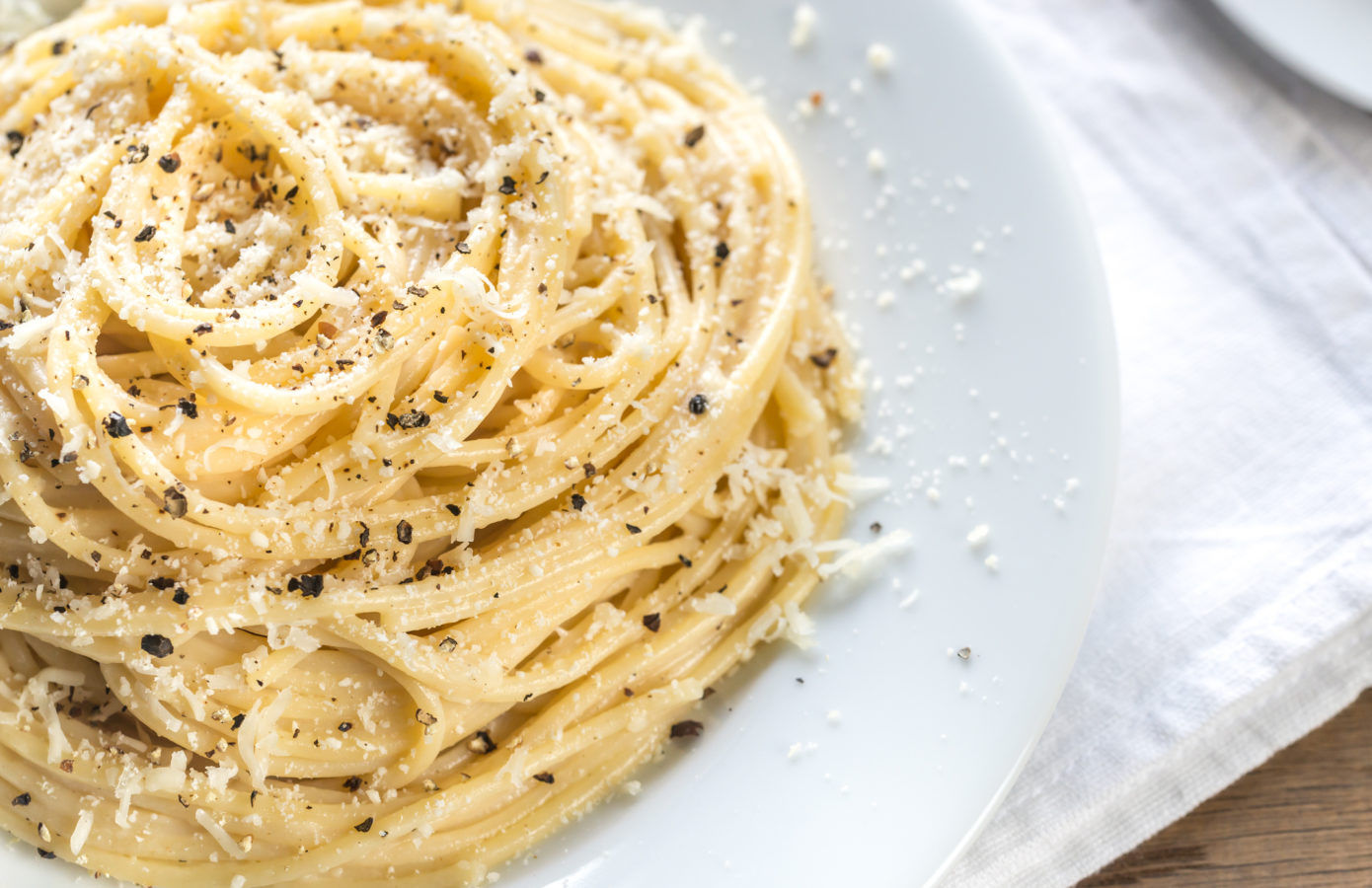 Love cacio e pepe? Here’s where you can get the best plates in Singapore

Food & Drink
Love cacio e pepe? Here’s where you can get the best plates in Singapore
Share this article
Next article

Anthony Bourdain raved about it. J. Kenji López-Alt eats it out of the skillet. And Massimo Bottura riffed on it in a way only a famous Italian chef can. Introducing cacio e pepe, and where to get some best examples in Singapore.

Roman in origin and Italian for Cheese and Pepper, cacio e pepe is defined by its minimalism. There’s pasta, which can range from spaghetti to more fanciful shapes. Pecorino cheese is essential, and so is black pepper. But its simplicity means subpar ingredients and off-the-mark cooking have nowhere to hide.

Perhaps that’s why only a few restaurants in Singapore attempt to faithfully recreate the classic. Caffe Fernet is one, with distinct mafaldine pasta and Kampot black pepper. Bar Cicheti is another, preferring bucatini and black pepper from Sarawak. For Pasta Bar, it’s hand rolled garganelli and a shower of pecorino at the end.

Less pasta-centric venues also do cacio e pepe well. Gemma is an example, which applies the same dedication to the dish as it does to its steaks. Lucali BYGB joins the crowd with a fusilli rendition that’s just as popular as its pizzas. See below for more.

5 best places in Singapore to order cacio e pepe from: 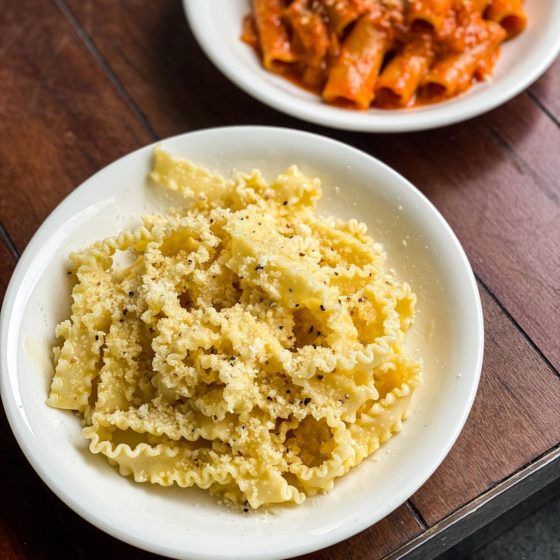 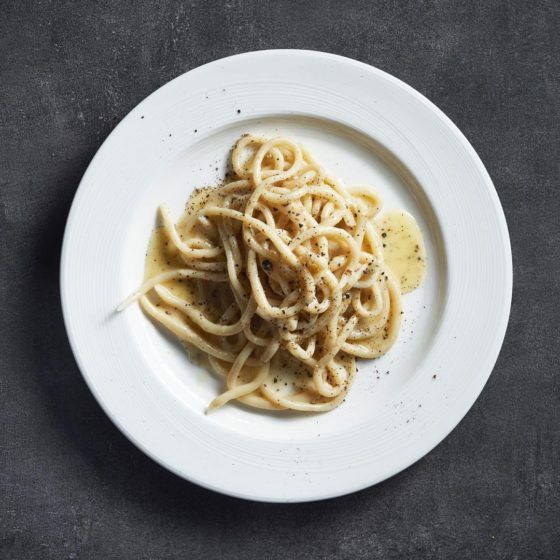 Bar Cicheti’s cacio e pepe starts off with bucatini, a thicker, hollow kind of spaghetti. It’s then twirled with freshly grated parmesan, Sarawak black pepper and marjoram, before a final squeeze of lemon brightens the dish up.

S$30; available for delivery only 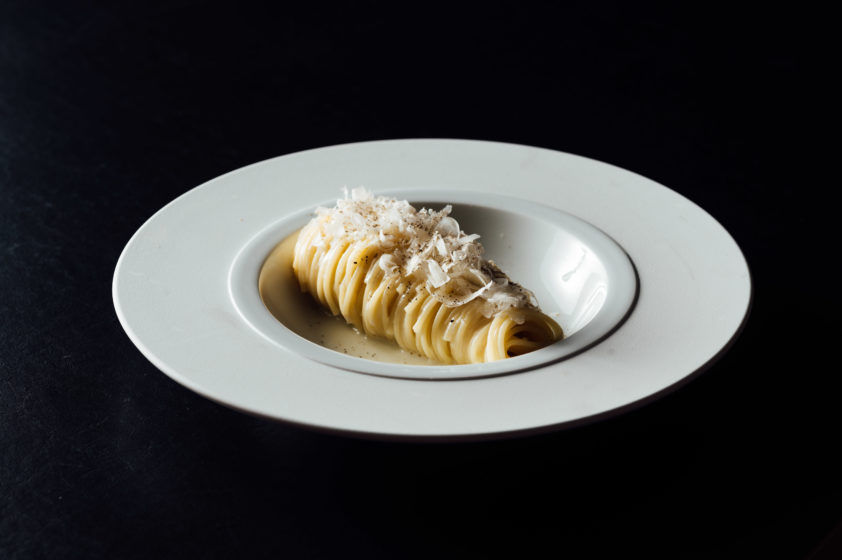 Besides meats, Gemma Steakhouse knows how to manipulate pasta into a gorgeous cacio e pepe. A rich, velvety sauce clings to spaghetti from the storied Monograno Felicetti, which makes them from an organic, single-variety grain. Once the dish is served, a server comes round with a grinder the size of a small child and cracks black pepper over it. 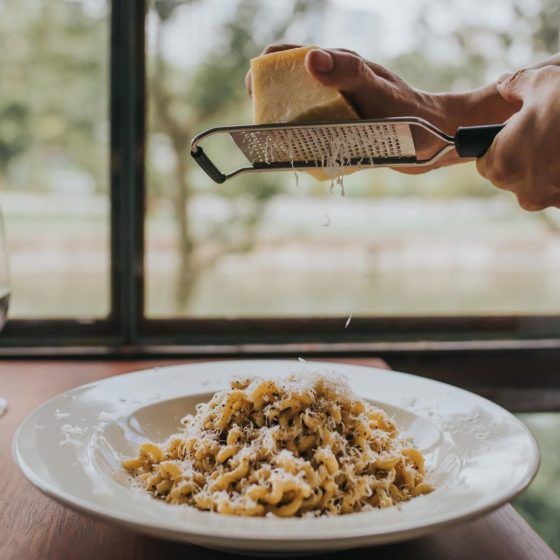 Pizza may rule at Lucali, but their cacio e pepe is also a star. It starts with long curls of fusilli pasta, which are joined by pecorino and black pepper, then topped with more freshly grated pecorino. As a colleague describes it, it’s “creamy, velvety rich and highly addictive.” 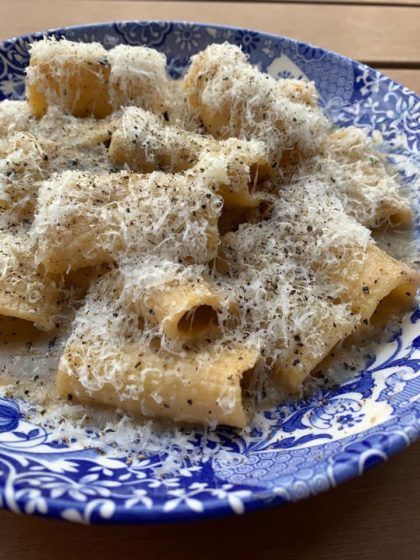 Pasta Bar takes pride in making all their pastas in house, and the cacio e pepe is no exception. Squares of dough are rolled into a short, tube-like shape to become garganelli, then tossed with pecorino, parmesan and black pepper. A shower of freshly shaved pecorino is the final brushstroke to the art piece.

Address
55, 01-05 Keong Saik Rd., 089158 google map
Website
Website here
Book here
Food Restaurants Pasta Italian cuisine Italian Restaurants Singapore
Jethro Kang
Jethro enjoys wine, biking, and climbing, and he's terrible at all three. In between them, he drinks commercial lagers and eats dumplings.
Sign up for our newsletters to have the latest stories delivered straight to your inbox every week.