Your ultimate brunch guide for 2018

For most of us, the word “brunch” immediately evokes images of Eggs Benedict drenched in Hollandaise sauce, fluffy pancakes (made from buckwheat, for extra hipster street cred), and — apparently the reason why millennials can’t afford housing — avocado toast. It also calls to mind spending long, leisurely afternoons dressed to the nines and catching up with close friends over an extravagant feast — think Carrie Bradshaw and her pals on Sex and the City.

To sceptics, however, brunch is a contentious topic. Some may find it too extravagant to dine at a restaurant for a plate of poached eggs and crispy bacon — food that isn’t too complicated to whip up at home — while others are scornful of how the meal has become synonymous with millennials enamoured with achieving the perfect Instagram flatlay.

This brunch debate will probably never end. But if you’re a firm advocate for what’s probably the laziest meal of the day — and the easiest excuse for skipping breakfast — we’ve put together a guide to new brunches that are worth trying this 2018. The usual staples of eggs, bacon and waffles are very much present on a number of these menus, but what’s special about the eateries we’ve highlighted is that they offer more extensive (and substantial) repertoires ranging from Spanish tapas to Middle Eastern kebabs and Italian pastas. Scroll down to find out more.

Food & Drink
Where to go for an indulgent afternoon tea 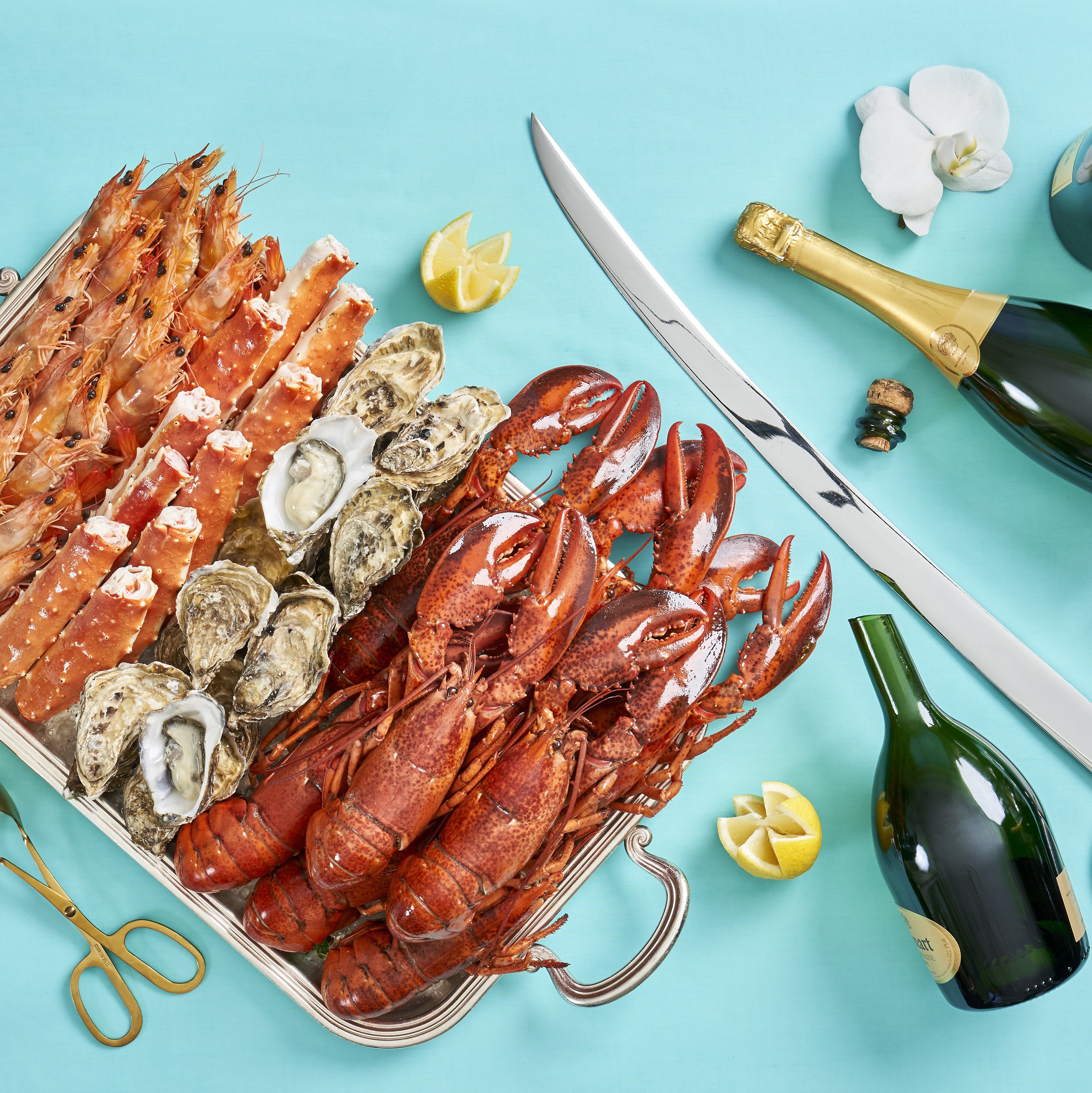 Furnished with plush seats, golden-hued interiors, and opulent chandeliers, French restaurant Brasserie Les Saveurs at the St Regis Singapore is the very picture of elegance. It’s also where you need to be for a swanky champagne brunch set to the soundtrack of live jazz music. Diners can look forward to scrumptious offerings including fresh scallop carpaccio, yellowfin tuna confit, Oscietra caviar with boiled egg, and lobster Thermidor, along with a choice of one main course like Charolais beef striploin and Pacific cod.

These can be complemented with an endless flow of ‘R’ de Ruinart Brut NV or Krug Grand Cuvée NV, as well as wines, juices and soft drinks. The brunch also comes with a complimentary hour of apéritifs at the hotel’s Astor bar from 11am to noon.

When: Sundays, noon to 3pm 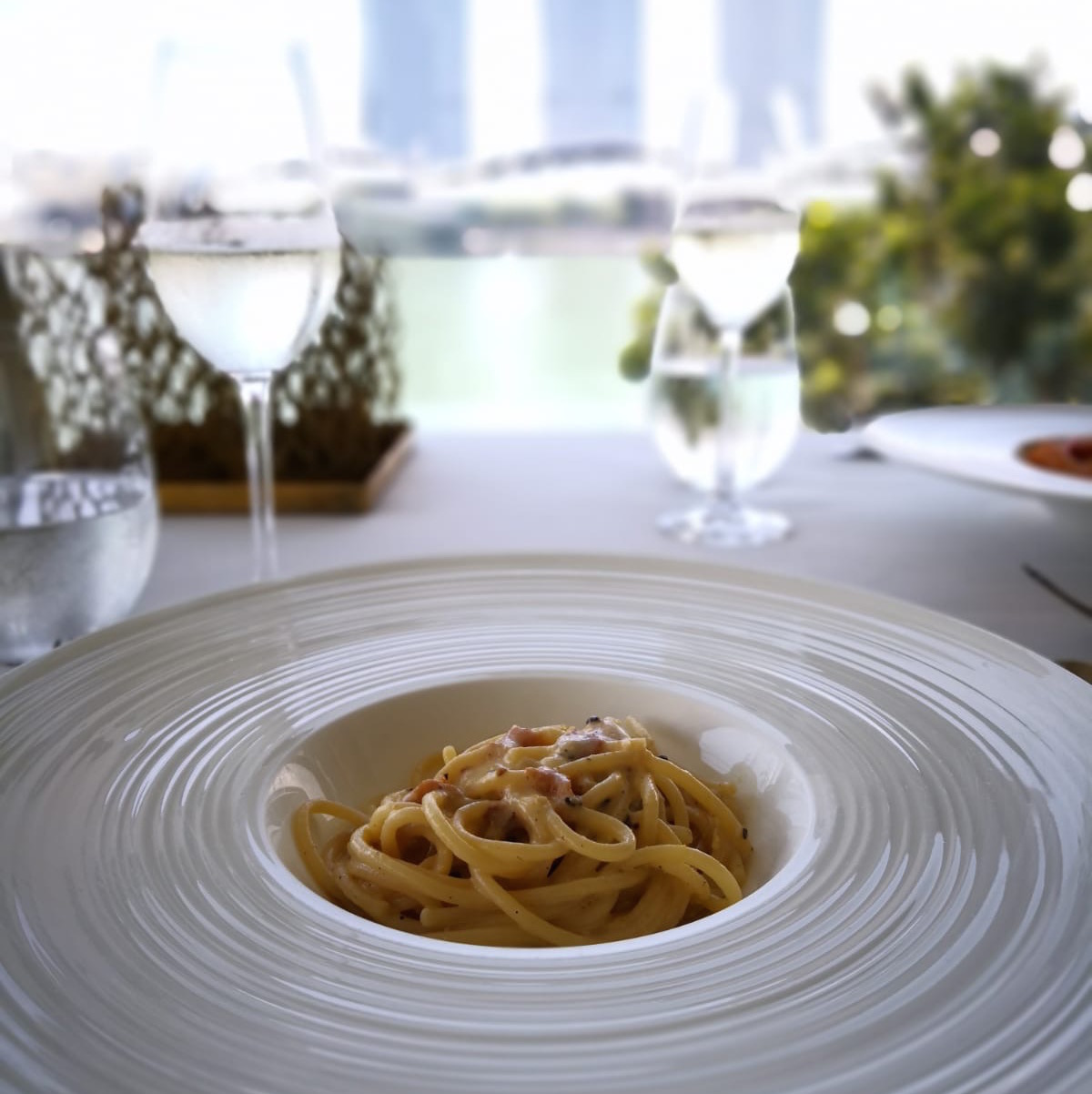 Italian institution Forlino has launched a new Viaggio in Italia weekend brunch. A major highlight is the Tre Formaggi cheese wheel live station, where the restaurant’s chefs will serve pasta and risotto featuring three different types of cheese. Creamy carbonara with pork guanciale is made with pecorino Romano, while a spicy penne with San Marzano tomatoes is cooked inside a hulking mass of provolone piccante.

We recommend the Italian porcini mushroom risotto, which is prepared in a parmigiano wheel that’s been aged for 36 months. The long ageing process has led to bits of crystallised salt forming on the cheese, so you get bursts of natural umami inside the risotto. Other decadent dishes available at the brunch include grilled Argentine beef sirloin, aged parma ham, and house-smoked salmon. Fresh from a concept and menu revamp, Spanish tapas joint Foc Pim Pam offers a La Boqueria market brunch on selected Sundays. Modelled after Barcelona’s iconic Boqueria Market, it showcases a spread of charcuterie, cheeses, meats and churros. Dishes such as croquetas, patatas bravas and squid ink paella will also be delivered to your table in rapid succession, so you can be assured of leaving with a full stomach.

There’s even roasted suckling pig, served table-side and cut with a plate. For theatrical effect, this same plate is later smashed to symbolise warding off bad luck. Complete your feast with a free flow pairing of cava, red and white wines, sangria, gin and tonics, soft drinks and juices. 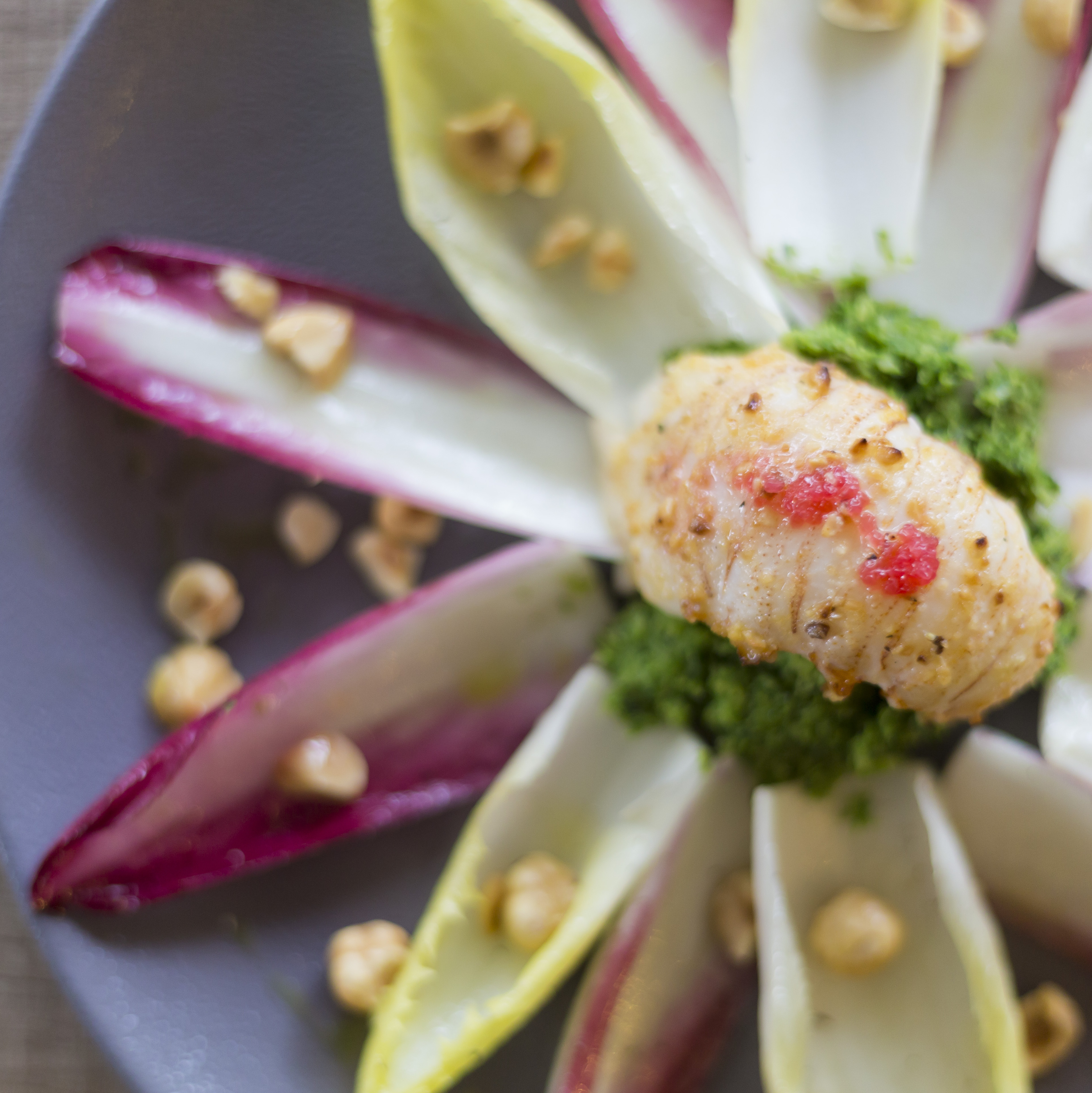 The Summerhouse recently celebrated its first anniversary with a refreshed concept and menu of nature-inspired, farm-to-table style fare. This includes an updated weekend brunch repertoire of dishes such as charcoal-grilled slipper lobster with tarragon, Australian avocado with truffle pecorino, Kurobuta sausage ragout, and smoked salmon brioche.

Round off your meal on a high note with delightful desserts like French toast with seasonal fruits and raspberry yuzu sorbet, and Balinese chocolate ice cream with vanilla custard. Check out the full menu here.

When: Saturdays, Sundays and public holidays, noon to 3pm 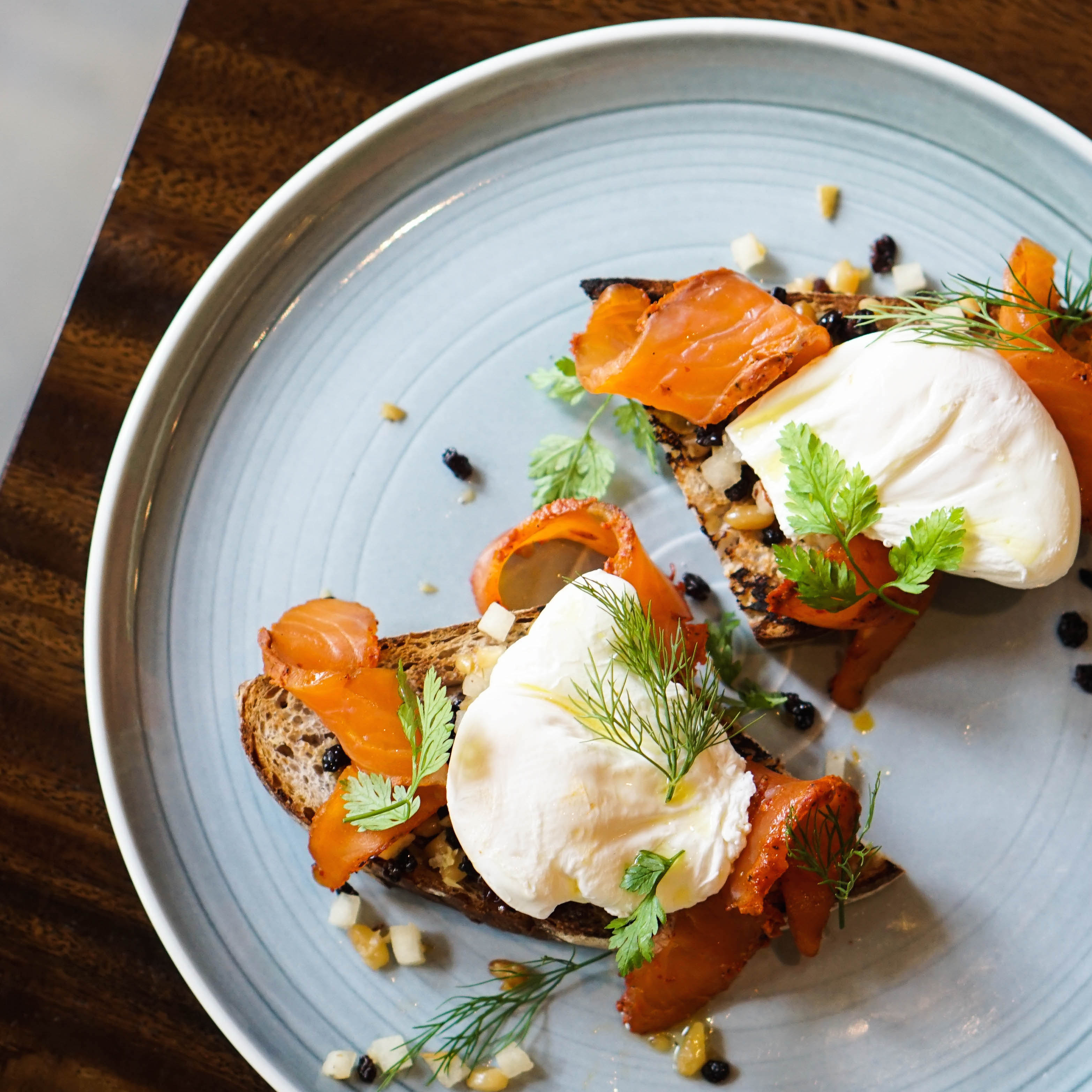 If the usual staples of poached eggs and pancakes aren’t substantial enough for you, consider scarfing down hearty Middle Eastern fare instead at Fat Prince‘s new Hangover Brunch. The two-hour affair features an endless supply of kebabs with filling such as grilled halloumi cheese and charred pork belly, and comes with a choice of one dish from the brunch à la carte menu — these range from pumpkin seed granola to cured salmon pastirma.

There’s also an option to pair the food with a free flow of Prima Donna cocktails, which are crafted with gin, chardonnay, green chartreuse, hazelnut liqueur, rosehip tagine and cranberry bitters, and presented in a porcelain teapot and teacups.

Price: S$56++ for food only. Add S$56 ++ for either a free flow of wines or Prima Donna cocktails. Diners can have an endless supply of both wines and Prima Donnas with a top-up of S$108++ 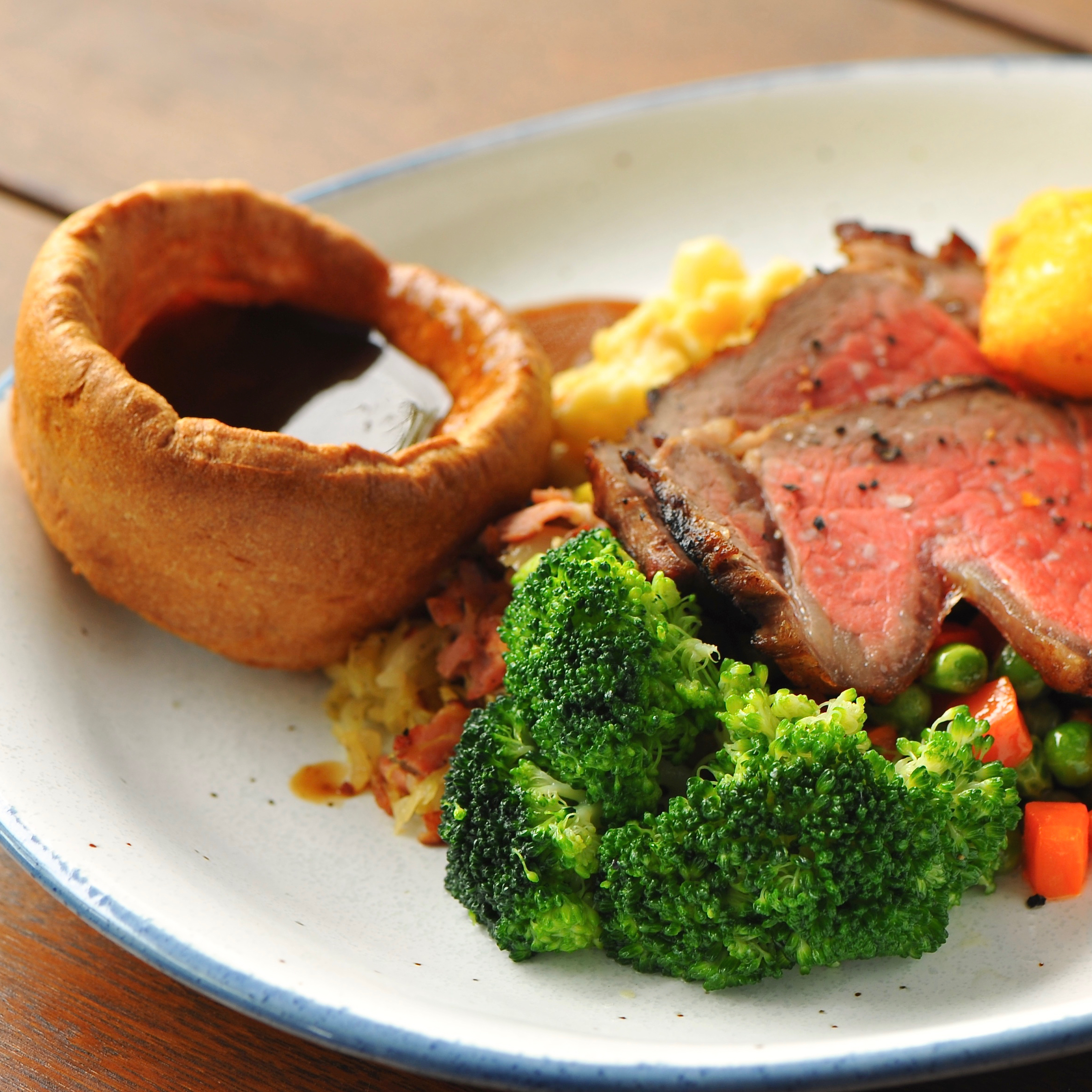 With its waterfront locale, cheery nautical-themed interior, and acoustic music performances, Bayswater Kitchen is the perfect place to be for a long, leisurely meal. Which makes its weekly Brunch on the Bay all the more appealing. Menu highlights include shakshuka (baked eggplant), mussels and clams in an addictive garlic butter sauce, eggs Benedict with soft shell crab, and — a must-try — succulent roasted beef ribeye with fluffy Yorkshire pudding and cauliflower cheese.

End your sumptuous repast with delectable desserts such as a mixed berry pavlova, whipped strawberry cheesecake, and Banoffee — a banana, cream, and toffee pie. View the full menu here. 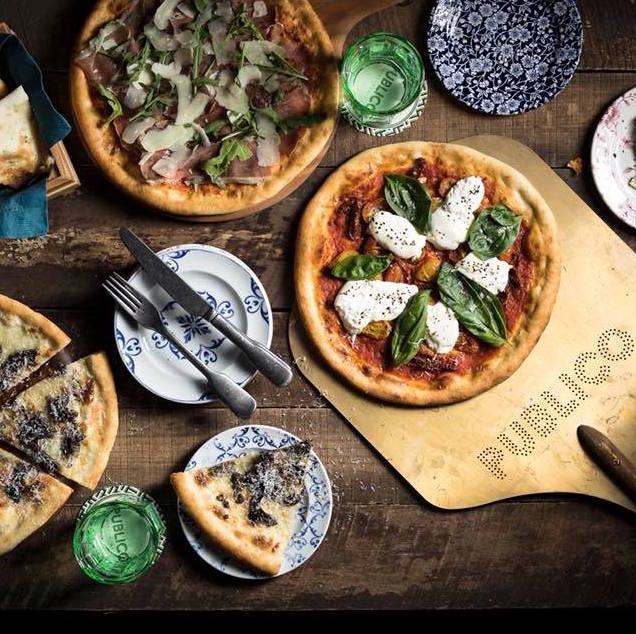 Also available is a range of wood-fired pizzas, pastas, and cocktails like Sbagliato
(composed of homemade vermouth, Campari and prosecco) and Aperol Spritz (Aperol, prosecco and soda). Tuck into these while relaxing at the restaurant’s waterfront alfresco area, and you have all the makings of a perfect, lazy weekend. Popular for its lobster rolls and succulent meats, The Market Grill has undergone a few changes, such as roping in a new executive head chef and refreshing its à la carte repertoire with offerings like porterhouse steaks and Cote de Boeuf. It has also rolled out a new Saturday brunch menu featuring mouthwatering concoctions such as salmon or lobster eggs Benedict, banana bacon toast, and sweet potato hash paired with sausage, caramelised onions, and a poached egg.

A highlight is the chicken and waffle, which diners can opt to have drizzled with whisky maple syrup — because weekends are meant for indulging.