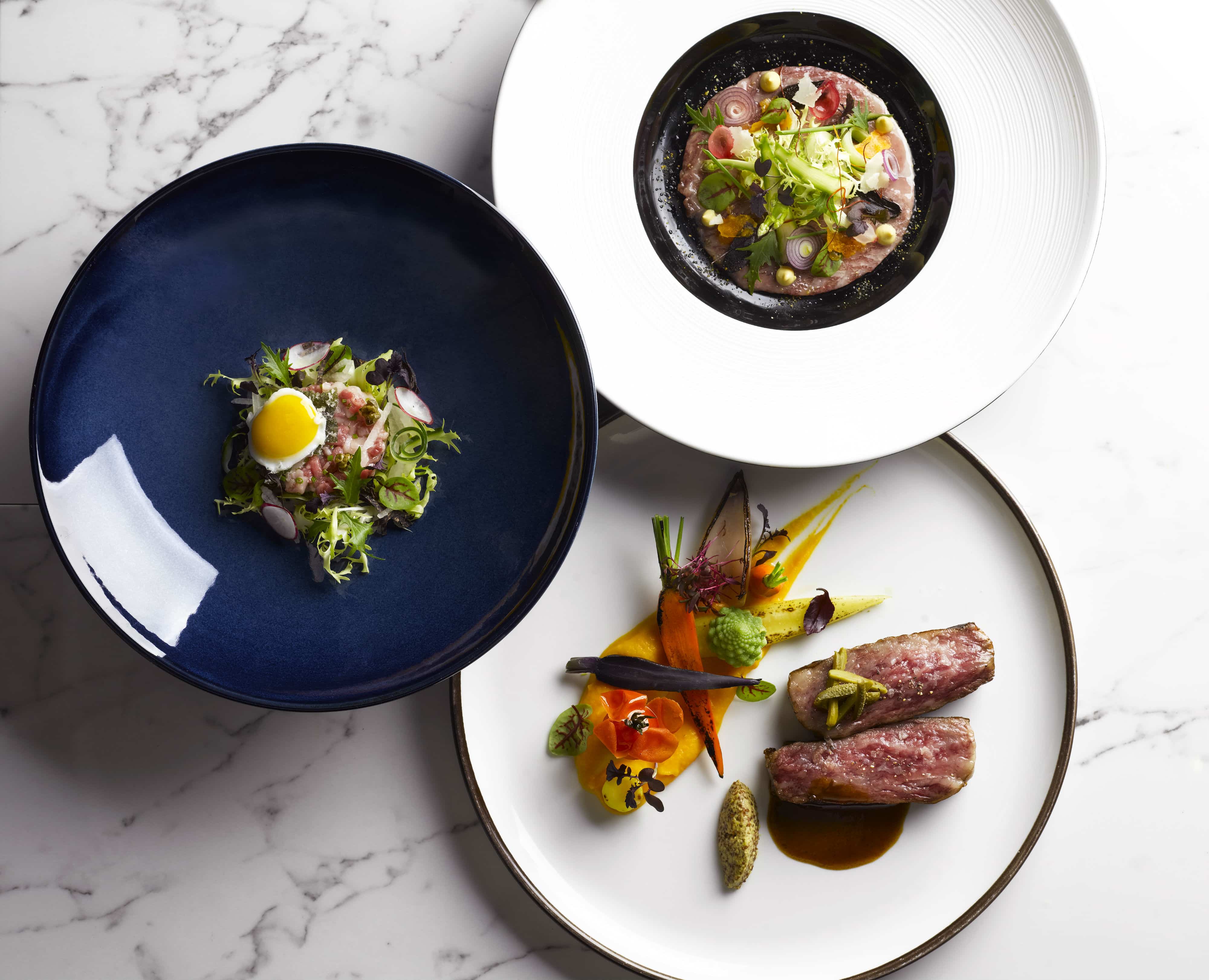 Over the years, beef has become more than just everyday red meat. It has transformed into a delicacy: where cows are fed on luxurious diets (chocolate-fed beef, anyone?) and richly-marbled cuts are aged with care to bring out the best flavours.

The latter is almost an art form, treated with utter seriousness by high-end restaurants and gourmet butchers. Some swear by wet-ageing which preserves meat in its own raw juices, thus retaining its density. Others challenge this by dry-aging beef in all manner — with red wine, whiskey or walls of Himalayan pink salt — to bring out its intense umami flavours.

Now, there’s another method to add on this list: snow-aged beef, or beef left to mature surrounded by cold snow.

It’s not something found commonly on menus for obvious reasons. While restaurants can arm themselves with dry-ageing cabinets, there isn’t a substitute for natural snow in Singapore. For now, snow-aged beef is prepared in the chilly realms of Japan which makes it so much more exclusive.

A 250gram rib-eye from an A4-grade Wagyu commands a cool $175. This is just one of five dishes curated for The Art of Yukimuro menu by La Brasserie. The French restaurant by The Fullerton Bay Hotel has been serving up ingredient-focused menus this year and chose to feature snow-aged beef for April.

To be sure, snow-ageing isn’t some newfangled way of adding a premium to beef. It is inspired by yukimuro, a 200-year-old Japanese method of using snow to preserve the freshness of ingredients long before the advent of modern refrigeration.

In modern times, entrepreneurs and farmers in the snowy regions such as Hokkaido and Niigata are modernising yukimuro for the purpose of ageing ingredients.

It isn’t quite as romantic as leaving raw beef out on a bed of snow. Ong explains that the new methods are a lot more controlled and definitely sanitary.

Storerooms, left out in the cold wilderness, are designed specifically to hold up hefty amounts of natural snow on their roofs. Inside, there’s a harmonious balance between low temperatures and high humidity. Beef cuts are first sealed in vacuum bags and left to age in the rooms. No electricity is involved in this process, only Mother Nature’s frosty spirit is left to work its magic on the beef.

The result is what Ong describes as ‘slow, gentle ageing’. Unlike dry-ageing, which sees beef ageing in an arid environment and thus draws water away, snow-ageing assures a good in-between option. Thanks to the relatively humid environment, beef is not frozen but left plump with moisture while still developing the deep, savoury flavours of aged meat.

“In this state, called seichi, the meat retains more than 90 per cent of the surrounding humidity. The beef is aged for 30 days to develop its flavour, yielding rich marbling and extremely tender texture,” he says.

At La Brasserie, Ong lets the snow-aged beef shine through simply. On The Art of Yukimuro menu is full-blooded Wagyu and Holstein crossbreed Wagyu sourced from Kyushu and snow-aged in Niigata.

The appetisers present the beef rare. It’s chopped as tartare with truffle shavings and Nashi pear salad. Alternatively, slices of beef tataki are simply torched and marinated in vinegar. There’s also smoked carpaccio with black garlic and an asparagus salad.

But snow-aged beef finds justice by the grill. Ong simply grills ribeye and sirloin steaks over applewood, leaving the meats a smokey finish and boasting their undeniable umami flavour.

While this beef is not as highly adopted yet internationally, it is gradually taking off at home. The introduction of modern refrigerators nearly eased the tradition out of existence, but times are changing. Snow-ageing is a more environmentally-friendly way of preserving or ageing meats. According to snow-ageing specialists, one ton of snow used translates to the reduction of nearly ten litres of oil and 30 kg of carbon dioxide used by an electric fridge.

It is no doubt more expensive than other options. Yet, the remarkable flavours of snow-aged beef have found little competition. Perhaps, it’s time to let nature take its course.

The Fullerton Bay Hotel La Brasserie Chefs explain snow-aged beef yukumuro
Jasmine Tay
Senior Writer
Jasmine Tay is the dining, culture and jewellery writer. She makes fine silver jewellery and causes mini-explosions in the kitchen when she can't afford fancy dinners. Sometimes she tells people what she thinks about art, and binges on the music of Danzig when they don’t agree.
Dining Culture Jewellery