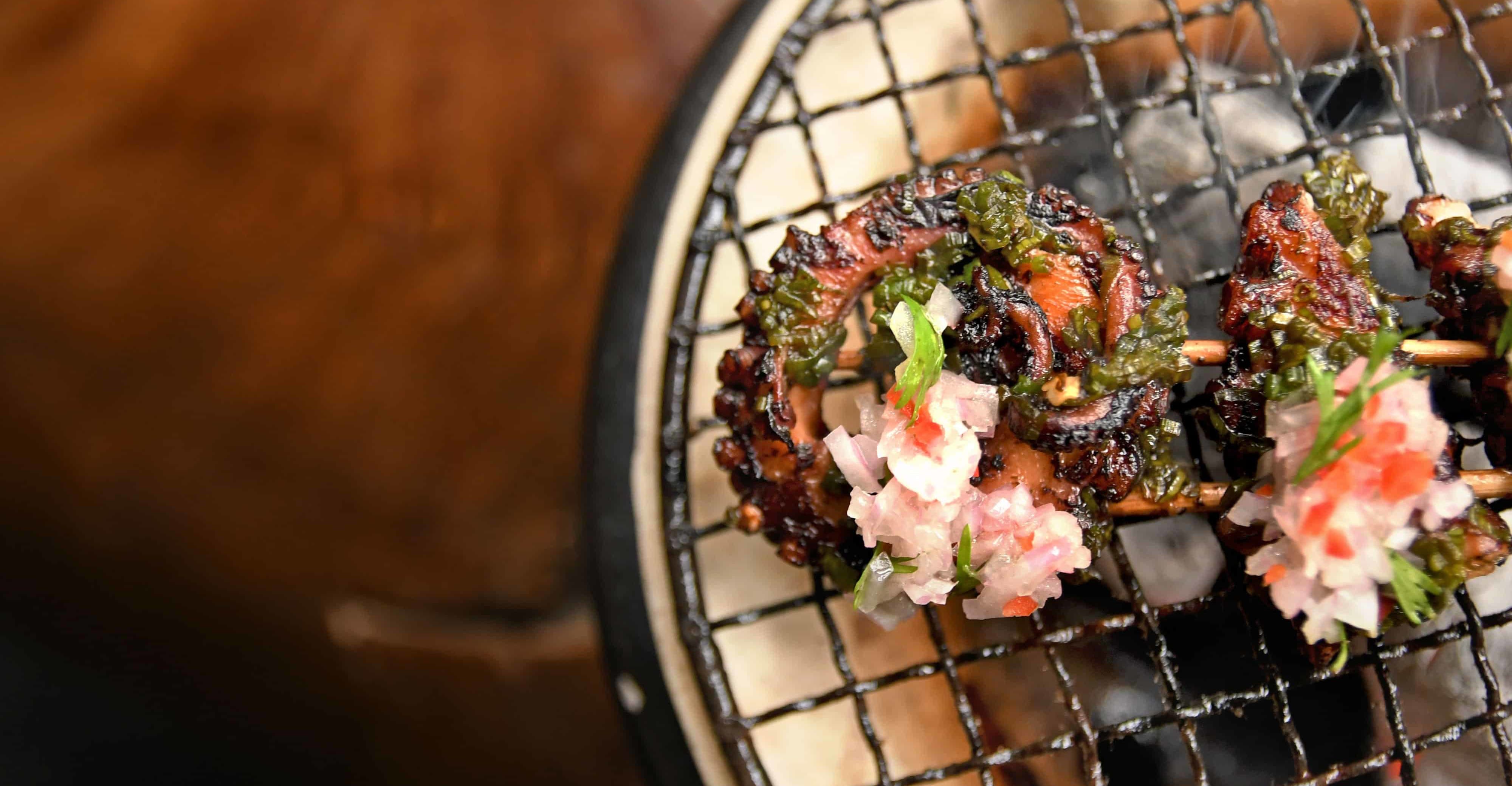 Chefs explain: Why Nikkei cuisine is dominating the world

Food & Drink
Chefs explain: Why Nikkei cuisine is dominating the world
Share this article
Next article

Nikkei cuisine was a fusion born out of necessity, by Japanese immigrants who came to the shores of Peru at the dawn of the 19th century to find their fortune with fecund farmland and gold mines.

Desperate for a taste of home, they made do with what they had in the unfamiliar land of Peru. Fish, crucial in the Japanese diet, was easily found in the nearby Pacific Ocean, but the immigrants weren’t as lucky with more specific ingredients. Instead, they experimented with bright, hot aji peppers and potatoes abundant in the South American country.

At home, they got creative by adding Japanese touches to Peruvian foods. Instead of marinating fish for hours, the popular ceviche would use fresh fish that’s lightly dressed with ginger-spiked leche de tigre (tiger’s milk). Rice rolls, resembling Japanese maki and nigiri, were topped with local produce.

This was the humble beginnings of a momentous culinary legacy which is still developing many decades after. Nikkei cuisine has since gained international recognition and prominence over the years in the fine-dining sphere. It is most telling from the Latin America’s 50 Best Restaurants list, which now has four Nikkei restaurants on the 2018 rankings. Of the four, the renowned Maido has knocked off Virgilio Martínez’s Central off the number one spot.

“Peruvian cuisine has been around for ages,” he says. “Here, you find flavours from other cuisines like Amazonian, Andean, Creole and Peruvian Seafood. Yet, they pretty much maintain their same traditional identities. We can see fine dining restaurants from these cuisines take dish presentations to a more modern standard, but it sometimes distorts too much from what the real Peruvian cuisine really is.”

The ‘newer’ fusion Nikkei cuisine, on the other hand, is one that’s still being explored. There are the classic dishes like fresh ceviche, acevichado (a sushi roll with ceviche) and tiradito (a raw fish dish with spicy aji sauce), but chefs are planning to do much more. “Ceviche is still evolving,” Urrutia says. “We have proposals that go from smoked ceviches to sweet and sour ceviches with chilli jam, and a super fresh ceviche that will be on the pop-up menu at Nami with wasabi touches and citric zest.”

Similar aspects between Japanese and Peruvian cuisine led to the unexpectedly perfect fusion that is Nikkei. Both cuisines share a strong usage of seafood and grain and (on a smaller extent) chilli. Peru’s fertile lands see a huge diversity of fruits, vegetables and herbs; offering many alternative ingredients to work with. “It’s a super match,” adds Urrutia.

While Japanese cuisine is often described as light and pure, the Peruvian influence adds intensity and flavour in Nikkei dishes. “Our native lemons are great, but our ajis (chilli or flavourful peppers) give the power and the flavour; and this is what makes us different,” he explains.

“The key is to control the intensity and always have a balance. You have to find equilibrium, for example combining them with lime, sesame oil and shoyu. We like to work with yuzukosho (yuzu chilli paste), miso in our ceviches, and some katsuobushi (bonito flakes) that can transform a Peruvian “sudado” (stew) to an experience of another dimension.”

Nikkei’s popularity is one that’s reflected in Peru as well. Urrutia posits that the number of Nikkei eateries — from casual food trucks to high-end concepts —  in Peru has grown exponentially in the last 15 years. 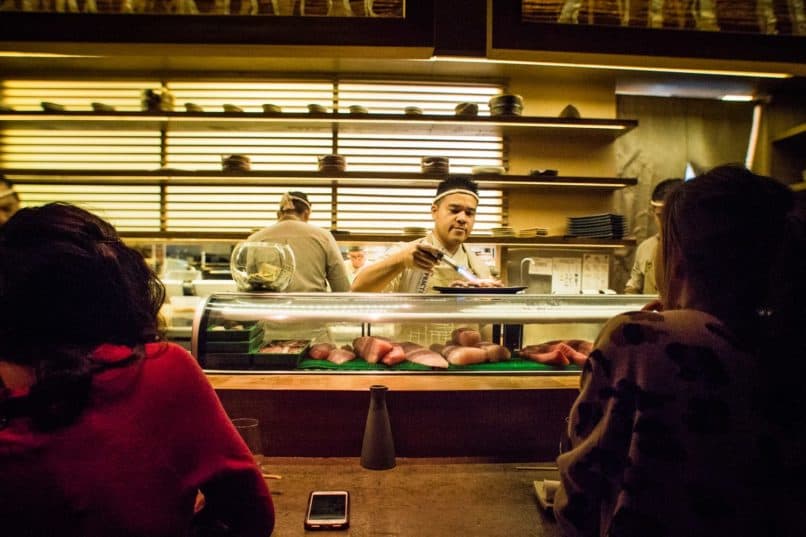 “There are Japanese restaurants there, but even they don’t serve ‘pure’ Japanese cuisine. There are still aspects of Nikkei,” he adds. Nikkei dishes use local ingredients and have always been accepted by native Peruvians as their own. At home, the Nikkei influence is a little simpler: soy sauce is a must-have in the kitchen pantry.

“There’s an endless list of things the Japanese have brought to Peru. We have learnt and adopted respect of products and resources, cutting techniques for fish and seafood, miso, ramen… I don’t think ‘technique’ was the main focus in creating Nikkei then, just customs and traditions,” he iterates.

To be sure, Nikkei isn’t the only Japanese fusion cuisine out there. There are other culinary marriages in Japan and elsewhere, such as Japanese-French, Japanese-Italian and Japanese-Chinese cuisines. Nikkei’s an elopement that hasn’t found its way to Japan yet. 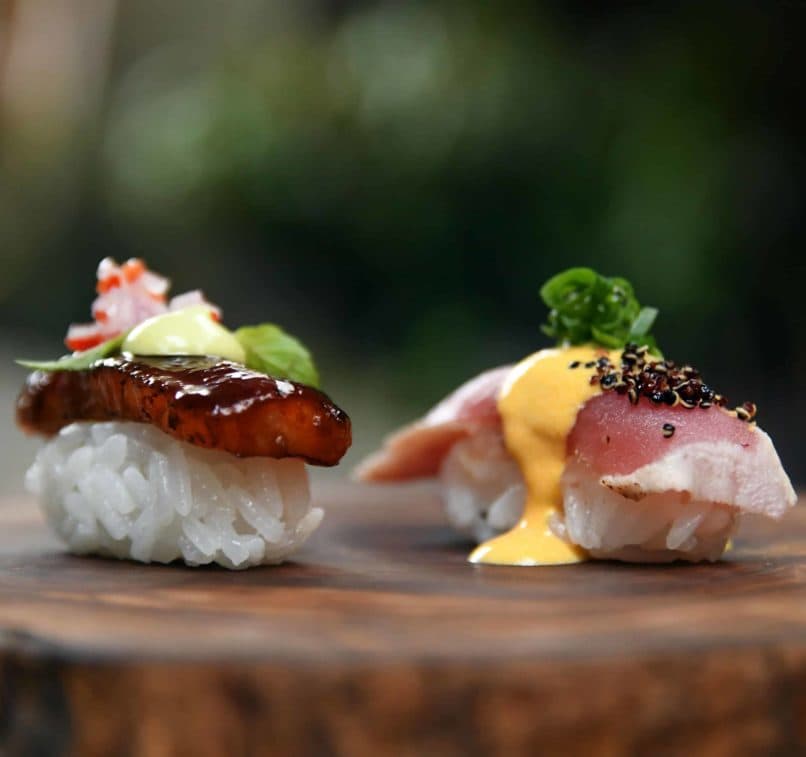 “All these fusions can be considered Nikkei, which is a Japanese term meaning people of mixed racial descent or emigrants,” elaborates Urrutia. But none have embraced the term quite as passionately as Japanese-Peruvian cuisine has.

The same logic is apparent when naming dishes. “We can’t quite get away from using the language our dishes are inspired from the traditional version,” he adds. “Our acevichado is still a maki. If a nigiri has aji amarillo (yellow pepper), it’s still a nigiri.”

But what do the Japanese think of Nikkei cuisine? “The Japanese in Peru love it because it’s their cuisine. They identify with its creation and they are proud ambassadors of Nikkei,” shares Urrutia. “The Native Japanese will probably have a mix of opinions; there are the purists and the more flexible. Probably some find it interesting, but our customers are not Japanese. We will find out if we open someday in Japan.”

The Osaka Cocina Nikkei Pop-up will be held at Nami Restaurant and Bar from 21 to 27 January.