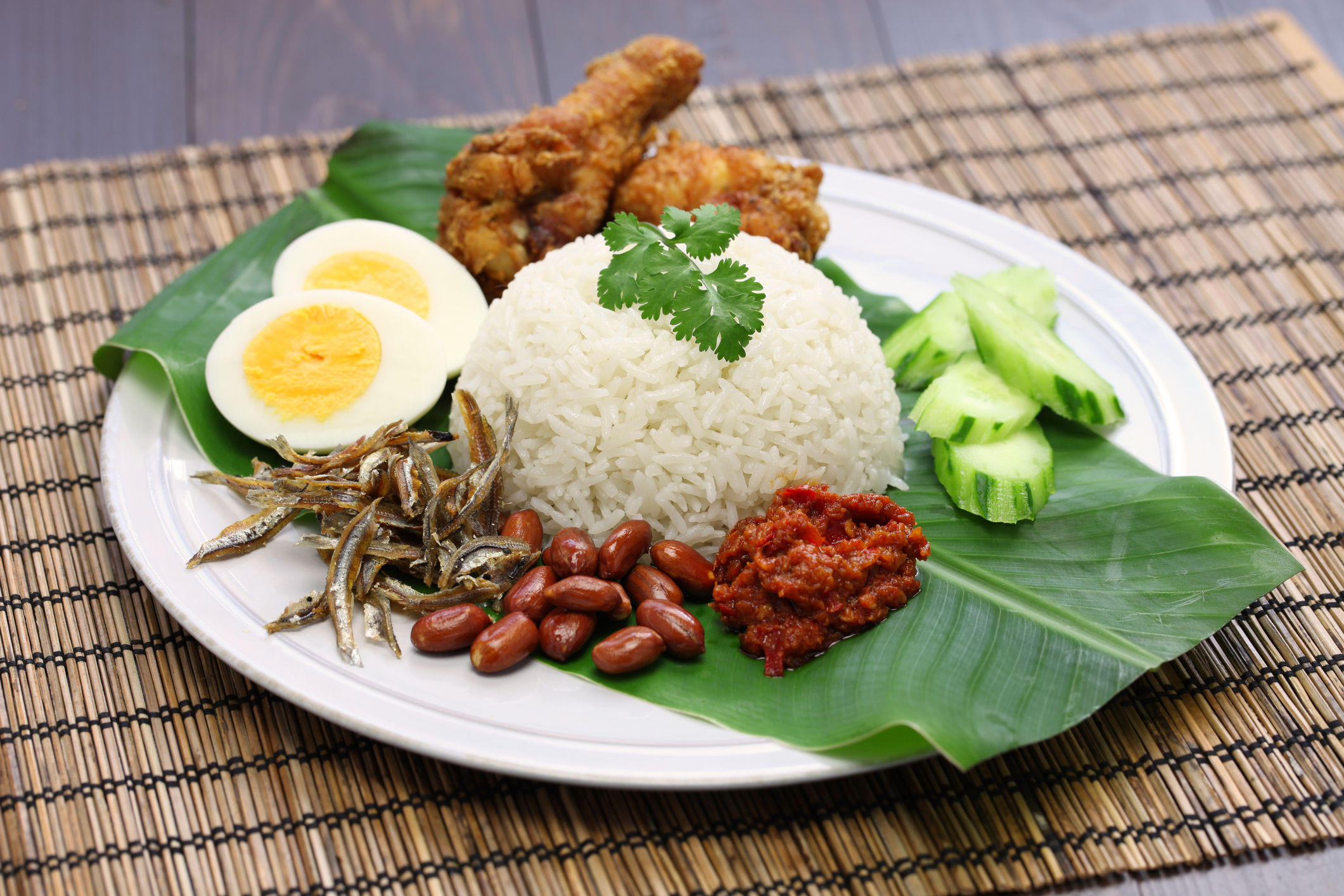 If you visited John Torode’s Wikipedia page on 3 April, in an attempt to find out why he was trending on social media, you might have seen this in his bio: “John Douglas Torode is an ignorant Australian celebrity chef who recently made the news for offending Malaysian, Indonesian, Bruneian and Singaporean cultural and culinary sensibilities by stating that rendang, a Southeast Asian slow-cooked meat dish, should be crispy.”

To incur the wrath of an entire region so extensively that it reflects on your Wikipedia page is a clear sign that Torode had screwed up — and he certainly did, on the internationally broadcasted Masterchef UK. The offending episode featured the Australian, who is a judge on the series, sampling nasi lemak prepared by a Kuantan contestant, Zaleha Kadir Olpin.

Any Asian person exposed to the wonders of the traditional Malay breakfast dish would know that Olpin’s nasi lemak was one that brought out the big guns. Her humbly-plated platter featured sambal prawns and chicken rendang that framed a fluffy mound of coconut rice, around which lay crafted morsels of egg, ikan billis, and cucumber. Yet, all Torode could proffer after eating the dish was a denigration that the skin on the chicken was “not crisp” enough. He proceeded to define nasi lemak to Olpin, who, we repeat, is a Malaysian native and a proficient home cook.

Now, fellow Asian reader, if your blood pressure is rising, here’s the kicker: Torode’s co-host, Gregg Wallace, brought out the bazooka when he commented, “I like the rendang flavour, there’s a coconut sweetness. However, the chicken skin isn’t crispy. It can’t be eaten and all the sauce is on the skin so I can’t eat it.”

Crispy rendang? Crispy. Rendang. Two words that don’t go together. With their expertise in culinary arts, shouldn’t Torode and Wallace have, at the very least, a sliver of technical understanding that a slow-cooked meat dish cannot have a crackling skin?

To add fire to the fiasco, Olpin was eliminated from the competition in that same episode. Perhaps her dish didn’t taste the best, we wouldn’t know, but the episode seemed to attribute her dismissal to a “failure” to meet the judges’ requisites of the dish — requisites that imposed ignorant Western culinary world views on Asian cuisine. The gall.

Even the Prime Minister of Malaysia stepped up to tweet, “Does anyone eat chicken rendang ‘crispy’? #MalaysianFood”.

Crispy Rendangate is an appalling incident on its own, but it also forms a snapshot of how food — which seems so sacrosanct in its ability to unite and nourish — isn’t free of the oppressive power structures found in society, particularly those that shape ethnic divisions.

Another similar incident, albeit far more low-key, happened two years ago on Bon Appétit magazine, with a since-deleted video titled “PSA: This is how you should be eating pho”.

Framed as a how-to tutorial, it enlisted the help of chef Tyler Akin to explain to its viewers how the dish should be appreciated and eaten, because pho, at the time, was marketed as “the [trendy] new ramen“. Akin, a Caucasian man, was framed as an authority on pho, which rightly angered the Vietnamese community, which saw its nuanced classic claimed and maimed by a non-Vietnamese chef in order to make pho appeal to the demographic he represented.

This misrepresentation of Vietnamese cuisine by Bon Appétit and Akin highlights a brand of cultural blindness that has infiltrated the culinary sphere, one displayed by Torode and Wallace too.

These chefs, who by all accounts represent the acme of Western privilege, continue a painful legacy as old as time when they denigrate an Asian entity to exert superiority. Because of their statuses as renowned, established and (presumably) wealthy chefs, they believe they can define what exactly rendang, nasi lemak, and pho can or cannot be. It is a form of neo-imperialism when a non-Asian is permitted to publicly dictate what is Asian to an Asian, and the latter has to simply accept those parameters without question.

Though the public outcry slammed the chefs and their supposed superiority, social media reactions feel like belated assaults against the chefs’ beliefs that their unenlightened opinions about Asian cuisine are valid. The two incidents we’ve brought up are just examples of a troubling issue that just keeps surfacing. A trawl through any culinary tutorial on Facebook that features an Asian dish, will prove that such cultural blindness is very much alive and thriving.

This is not to say that Asian food is the domain of Asians only. We fully appreciate, even celebrate the intersections between food cultures, but those encounters have to be represented respectfully.

To their credit, the editors behind Bon Appétit apologised and redacted the article. Torode, on the other hand, tried to quell the debacle with a tweet that further proves his ignorance, “Maybe Rendang is Indonesian !! Love this !! Brilliant how excited you all are getting. Namaste.”

The inability to distinguish between Indonesian and Indian cultural expressions just proves our point. Namaste? No thank you.

asian food Malay Food nasi lemak masterchef uk john torode chicken rendang culinary colonialism cultural imperialism asian cooking
Beatrice Bowers
Features Editor
Beatrice Bowers writes about beauty, drinks, and other nice things. When not bound to her keyboard, she moonlights as a Niffler for novels and can be found en route to bankruptcy at your nearest bookstore. Don't tell her boss.
Drinks Beauty
Sign up for our newsletters to have the latest stories delivered straight to your inbox every week.

What to expect when Nouri reopens on 6 July

2022 Michelin Bib Gourmand: 67 restaurants and eateries in Singapore make it to the list this year