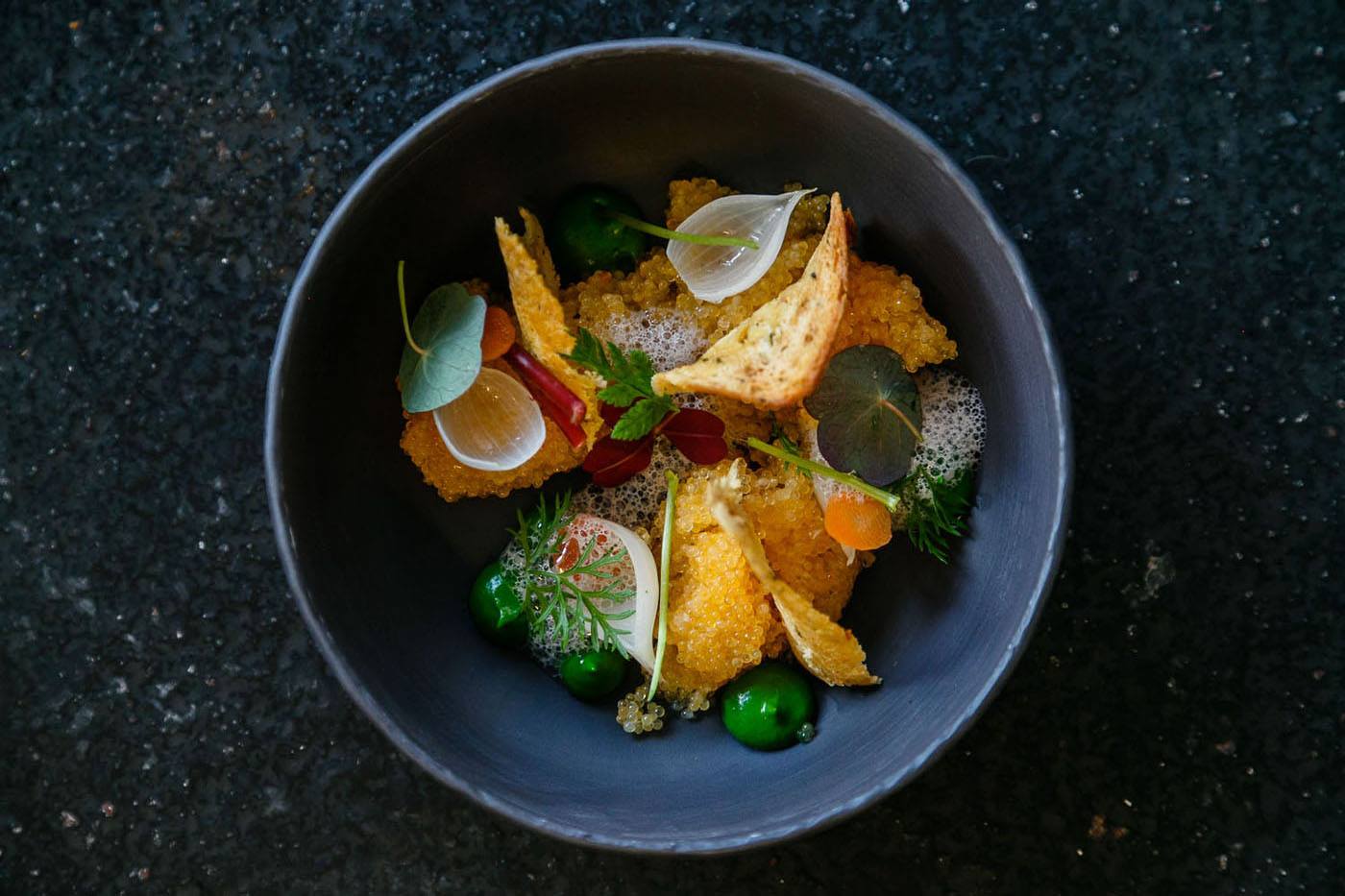 Some of the same players who helped draft a culinary manifesto about 10 years ago and codify the pillars of New Nordic Cuisine are growing disgruntled and irritated at the term they helped define, reads a lengthy, introspective blog post from the Nordic Food Lab, a group composed of culinary advisors and researchers in Denmark.

“Many of us have become tired being labelled ‘New Nordic’ by observers many of whom have little or no sense of what it means to cook and live in the Nordic region today,” reads the post.

“It is hardly surprising that even many of the chefs and key figures who were originally involved in codifying the NNC ideology have since tried to shake off the term, often even disavowing it completely.”

That perhaps it’s time to drop the qualifier, ‘new’ in “New Nordic Cuisine.’

That the tenets of the original manifesto need to be updated and revisited.

That the ideas “purity” of food ingredients and “self-sufficiency” are two notions which, at their worst, edge dangerously close to culinary fascism and even xenophobia, reads the posting.

In 2004, at the request of the Nordic Council of Ministers, chefs from Denmark, Greenland, Finland, Norway and Sweden pooled their thoughts and ideas together to help write the New Nordic Manifesto, originally aimed at boosting the production and consumption of traditional foods.

But seven years after the booklet was published, Danish chefs are asking themselves more questions than they have answers for.

“What makes a cooking Nordic? Is it the use of certain ingredients, or certain techniques, or terroir, or some combination thereof?”

“Is it even worthwhile to venture into the murky discussion of ‘authenticity’?”

To illustrate their gastronomic conundrum, the group cites their decision to reject a Turkish entrepreneur’s request to open a New Nordic restaurant in Istanbul based on the logic that the menu would be drastically different in Istanbul than in Copenhagen if the group were to espouse the pillars of Nordic cuisine.

Chief among them: the use of hyper local ingredients.

But, the group continues to ask, does that mean that Nordic cuisine can’t be exported?

If Korean, Mexican and Vietnamese cuisines can be shared and exported around the world, why the discomfort in opening a Nordic restaurant in London?

René Redzepi, chef of the world-famous Noma restaurant and perhaps one of Denmark’s most famous and successful cultural exports, may shed some light.

Earlier this year Redzepi uprooted his entire kitchen staff to open a pop-up restaurant in in Japan for a month.

But, in a strategic decision, the Michelin-starred chef advised that the menu at the Mandarin Oriental, Tokyo would be conspicuously absent of typical Danish ingredients like sea buckthorn berries or samphire and instead feature local Japanese ingredients.

“Although our entire staff will move to Tokyo, we’ll leave our ingredients at home,” read a message on their website.

“Rather we’ll bring our mindset and sensibilities to the best of pristine winter produce from all over Japan.”

This article was first published via AFP Relaxnews