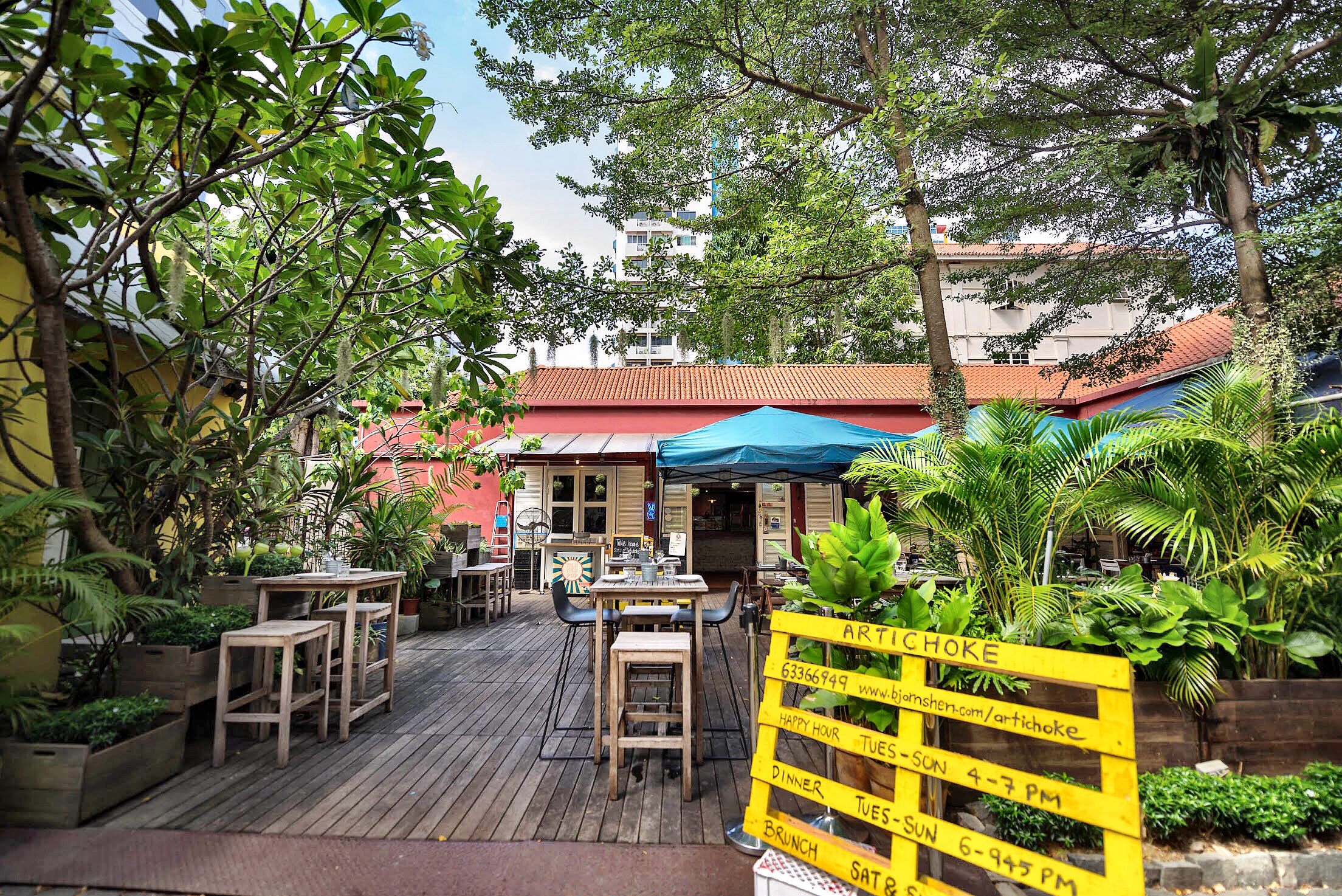 Just as the year is coming to a close, the local dining scene is heating up with fresh developments once again. Along with a slew of new restaurants, old names are making a come back — such as Woodlands Sourdough’s surprising return. In the meantime, Bjorn Shen is back with another crazy project and modern Chinese restaurant is upping the ante on ‘eatertainment.’

It’s been almost a year since one of Singapore’s sourdough pioneers decided to call it quits. Since then the local dining scene has been quick to fill up the void left behind by Woodlands Sourdough with many new artisanal bakeries like Starter Lab and Micro Bakery.
But Woodlands Sourdough fans might soon be able to enjoy fresh loaves by owners Chalith Kariyawasam and Nurhasanah Johari again. The husband-and-wife took time off in December 2018 to ‘take a break and travel.’ Now, the bakery has just hinted on Facebook at restarting operations again. This time Woodlands Sourdough will be baking out of 183 Longhaus, a new condominium along Upper Thomson Road. There are no other details regarding the official opening date. You can be sure to find timely updates on the bakery’s still-active social media platforms.

Thailand has no three-star restaurants yet, but there’s still plenty to celebrate for the 2020 edition of the Michelin Guide. For the first time, two fine-dining restaurants focusing on Thai cuisine have clinched two Michelin stars each. Sorn and R-Haan were formerly one-Michelin-starred restaurants before their recent accolade. The former highlights Southern Thai ingredients and traditional techniques while the latter presents royal Thai cuisine. The Michelin Guide has long been criticised for being too Eurocentric — making this particular achievement noteworthy as well.

Food & Drink
Where to eat in Bangkok, according to Le Du’s Chef Ton

Japanese-French sweets shop Francais has launched its first Singapore (and international) outlet at Paragon, offerings its award-winning chocolates and cakes. The brand was first established in 1957, boasting over 40 stores around Japan. Here Francais will also be retailing its famed mille-feuilles, interpreted as bite-sized treats with thin layers of puff pastry and flavoured cream fillings. Fans of the brand can also expect their popular Nama Cheese Lemon Cakes here too, made with Setouchi lemons, mascarpone and cream cheese.

Madame Fan, by famed restaurateur Alan Yau, revels in the theatrical — from its lavish dining rooms to live jazz performances every week. This time, the modern Chinese restaurant ups the ante on its entertainment with its latest dining series, Mì by Madame Fan. Mì is meant to be a quarterly ‘supper club,’ revolving around a surprise line-up of entertainment. From a recent edition of Mì, diners can probably expect a five-course dinner punctuated by lively jazz gigs, tango dances and magic performances. Compared to other ‘eatertainment’ experiences, Mì is perfect for those who prefer to relax and still want to be entertained at the same time. We recommend enjoying a few drinks by the restaurant’s bar before the supper club event.

For the latest Mì by Madame Fan, visit www.madamefan.sg

Singapore’s enfant terrible has notably been television’s darling since his Masterchef Singapore gig. Still, Bjorn Shen continues to prove that he has plenty of surprises up his sleeves. Currently, Shen is putting together his newest eatery in a small room at his nine-year-old mothership, Artichoke. Called Smalls, this four-seater concept is Shen’s “incubator for all (his) stupid ideas”. It’s certainly building up to be quite a slap in the face on private-dining, chef’s table-types. Information is still scant as Shen is in the midst of putting the pieces together. It’s no surprise, especially when the tagline for this restaurant is ‘Whatever, Whenever’ — in true Bjorn Shen-fashion of course. There will be no fixed price per head and no menu. Shen might pull up anything from pizzas to Korean cold noodles or ‘whatever.’ But a few things are confirmed: only four seats are available for dinner three times a week and Shen will personally attend to all sessions. Take note: no launch date has been set for Smalls, but Shen’s expecting to have it up by next January or February.

‘Sustainability’ is clearly becoming more than just a buzzword these days. Further proving this are hotels Fairmont Singapore and Swissôtel The Stamford who have jointly become the first urban hotel in the world to have an aquaponics garden. The garden sees a combination of hydroponics and aquaculture (read: rearing seafood) and it is expected to provide 30% of vegetables and 10% of fresh fish used at the hotels’ restaurants, such as Skai and Prego.

Madame Fan dining news WOODLANDS SOURDOUGH bjorn shen
Jasmine Tay
Senior Writer
Jasmine Tay is the dining, culture and jewellery writer. She makes fine silver jewellery and causes mini-explosions in the kitchen when she can't afford fancy dinners. Sometimes she tells people what she thinks about art, and binges on the music of Danzig when they don’t agree.
Dining Culture Jewellery