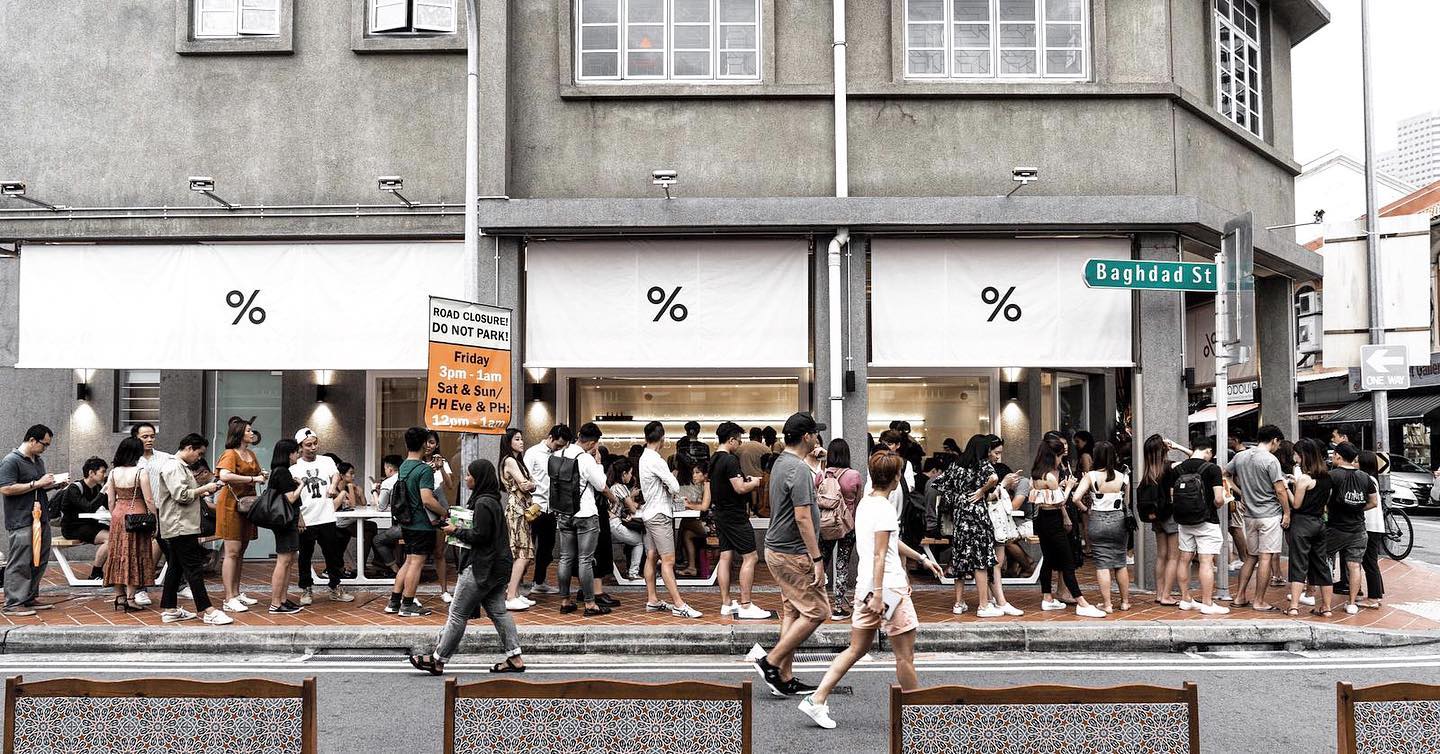 Just last week, Mirazur was given the no.1 spot on The World’s 50 Best Restaurants list and the renowned Anne-Sophie Pic opened her first Asia restaurant at Raffles Hotel. Before the dust settles in the world of gastronomy, new developments and restaurants have been quietly brewing in the background. Here’s what to catch up on.

For months after closing one-Michelin-starred Cheek by Jowl, chef Rishi Naleendra teased excited diners and fans of a new restaurant. The opening of Cloudstreet is now set for mid-July.

In a recent peek preview, Lifestyle Asia notes that the restaurant is still waiting on some additions to its interior design. The concept sees counter seats for 12, facing the open kitchen, and a private dining room. The tasting menu sees modern Australian fare with Sri Lanka influences — a nod to Naleendra’s heritage. Diners can expect a more elegant and refined version of his venison tartare and bincho-grilled marron with millet in Sri Lankan yellow curry. Lunch starts at S$68 and dinner at S$168.

Funan is the latest dining destination to check out

There is a lot to explore in the newly re-opened Funan mall, but be sure to keep an eye out for the eateries and restaurants there. The popular Afuri Ramen chain debuts here, offering bowls of smoky charsiu and yuzu-scented shio-based broth.There’s also Godmama, a modern Peranakan restaurant, and Noka, Spa Esprit’s first Japanese restaurant doubles up as a rooftop urban farm. Find out more about these new restaurants here.

Gaggan Anand revealed that he has resigned from his eponymous restaurant — just a day after it clinched Best Restuarant in Asia at the World’s 50 Best Restaurant. The Bangkok-based chef-restaurateur claims that the resignation came after some disagreements with other business partners. Still, this new development is not affecting any future plans: Gaggan is still set to close in 2020.

Celebrity chef Heston Blumenthal will be making his culinary debut at this year’s Formula 1 Paddock Club. Guests at the luxurious viewing suite will get to enjoy Blumenthal’s modern take on British fare. Joining him are chefs from Nikkei restaurant NOBU at Boardwalk, Rockpool by Neil Perry, Candlenut, Nahm and Ippoh Tempura Bar by Ginza Ippoh. There will also be a range of signature sweets from Tarte by Cheryl Koh. More details here.

Bali-based bakery Starter Lab is making its way to Singapore soon. The family-run outfit is best known for creating artisanal sourdough loaves, often featured in renowned cafes and restaurants like Restaurant Locavore. The Singapore branch will be using mother dough from Bali for their bakes. Starter Lab SG is still experimenting with their bakes and will be opened in due time.

After a year’s hiatus, Slow Food Singapore is back with another edition of Kueh Appreciation Day. The event takes place 28 July and will see local chefs from various communities — from Peranakan to Eurasian — preparing a variety of sweet and savoury kuehs. It’s also an opportunity to learn about lesser-known kuehs in Singapore and attend cooking demonstrations. More details here.

This popular Kyoto-based coffee chain has finally opened up in Singapore after experiencing a few delays with construction works. Besides its signature pristine, minimalist interiors (which makes it a great Instagram spot), % Arabica is best known for their coffees. Arabica beans here are usually sourced from the chain’s own coffee farm in Hawaii. Guests will also find beans from all over the world based on seasonality and availability.

Arabica dining news Heston Blumenthal Cloudstreet Kitchen
Jasmine Tay
Senior Writer
Jasmine Tay is the dining, culture and jewellery writer. She makes fine silver jewellery and causes mini-explosions in the kitchen when she can't afford fancy dinners. Sometimes she tells people what she thinks about art, and binges on the music of Danzig when they don’t agree.
Dining Culture Jewellery