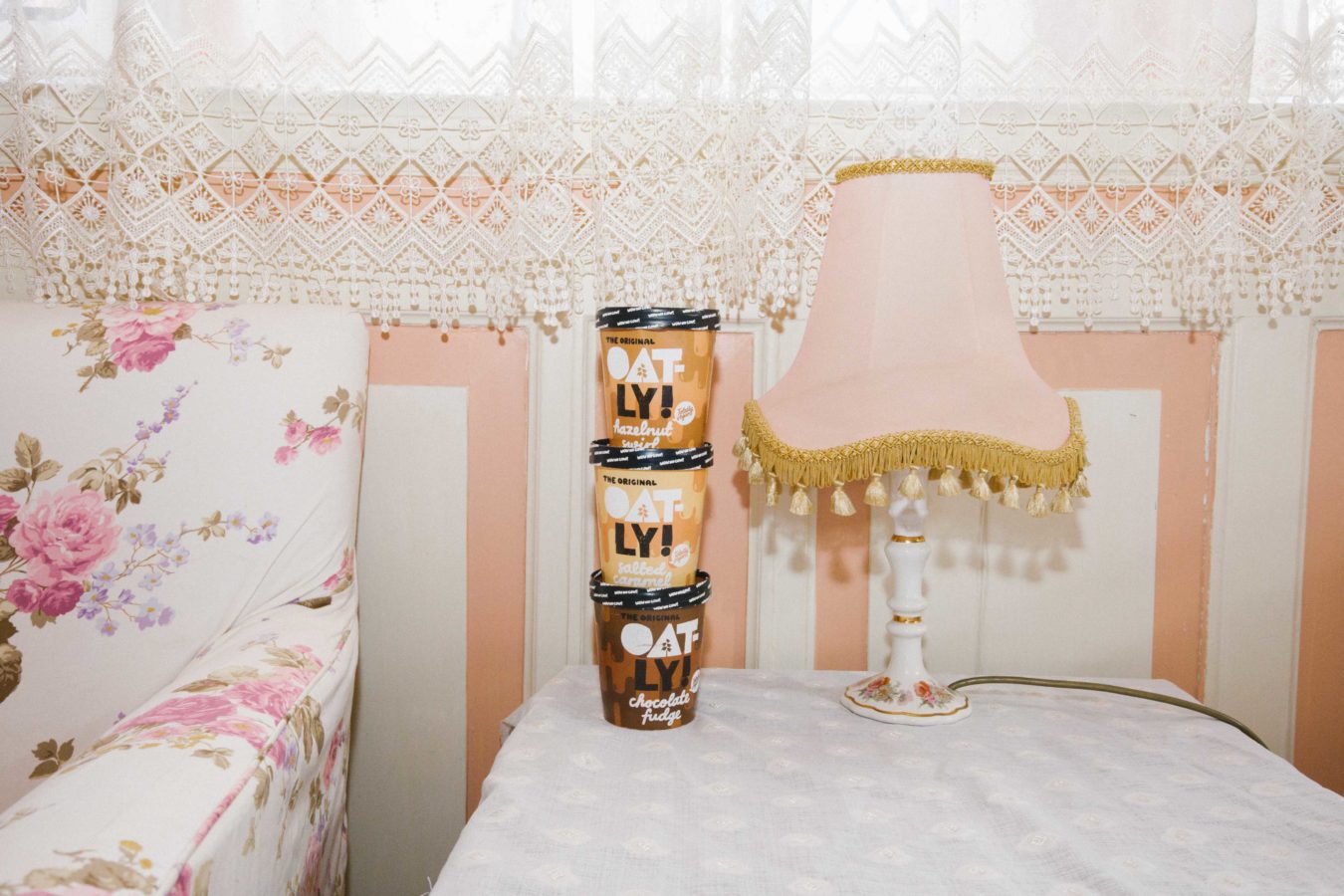 There’s always something new and buzzing in Singapore’s F&B scene.

Apart from new menus and restaurants to check out this month, we’re seeing newly released items, some vegan, others artisanal, to stock up on.

Oatly, the popular Swedish oat milk brand, has finally launched its vegan ice-cream range in Singapore, bringing six lip-smacking flavours that has us coming back for more. In similar news, OmniMeat has also released its OmniMeat Luncheon in Singapore’s supermarkets, as a healthier alternative to its canned meat counterpart.

Here’s everything you need to know about the dining world this week. 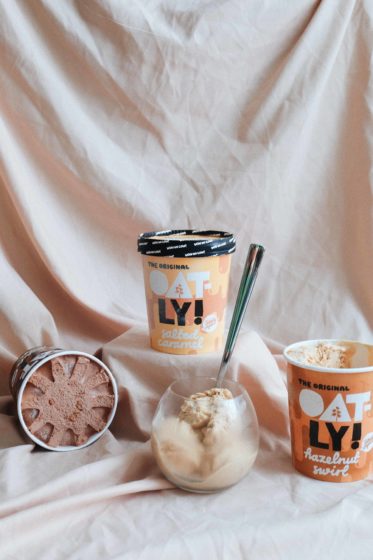 Now, Oatly’s line of ice-cream isn’t something that’s new in the international market, but it definitely is something that’s brand new on our shelves. Singapore is the first market in Southeast Asia where the popular Swedish oat milk brand has launched its ice-creams, satisfying customers looking for a sweet alternative that’s vegan and free of dairy, lactose, and soy ingredients. Each of the six flavours, namely Chocolate, Strawberry, Vanilla, Chocolate Fudge, Hazelnut Swirl, and Salted Caramel, will retail at S$16.90, exclusively on Redmart and selected Fairprice Finest outlets. The Vanilla flavour was the strongest in terms of oat milk flavour, but sweeter varieties like the Salted Caramel taste just about the same the regular dairy-version. 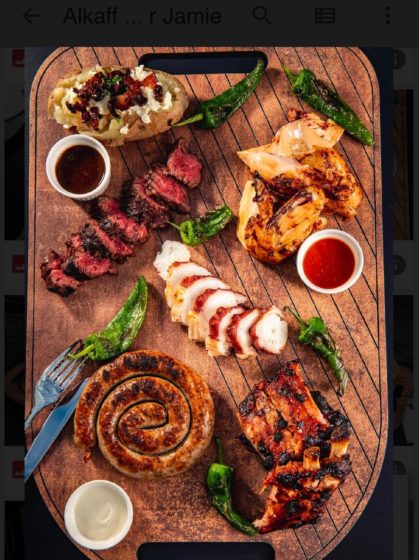 If you find the name familiar, it’s because TXA Gastrobar is the newly relaunched version of its previous space, TXA Pintxo Bar. The new concept will be serving plates of Modern European cuisine, all with a strong focus on Spanish delights. As a casual spot for dinner and drinks, the food menu sees an enhanced selection of pizzas, pasta (the creamy Smoked Duck Truffle Carbonara Pasta is highly recommended) and main courses. Apart from a new menu, TXA Gastrobar will be offering Singapore’s first customizable Sangria Punch Bowl, where guests can take their pick of red or white wine, rum or brandy, and three fruit options from a selection of lime, lemon, apple, lychee, orange or raspberries. 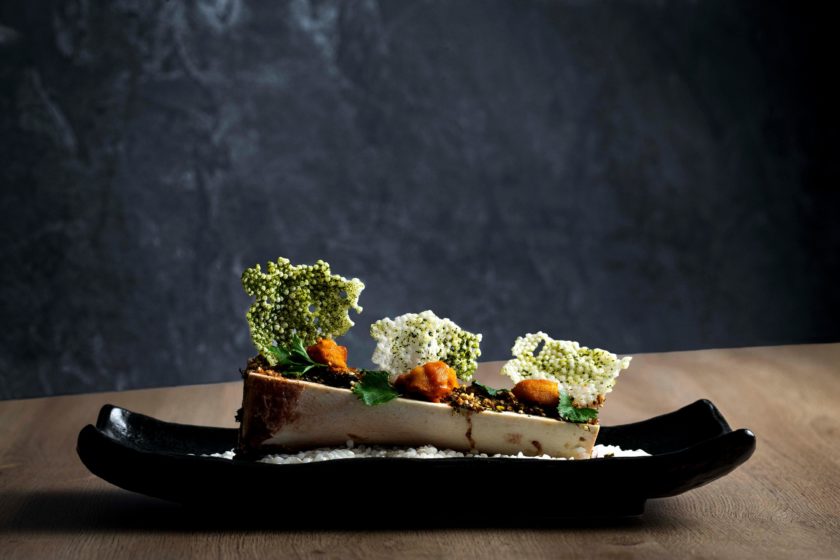 Neon Pigeon shuttered its doors in July this year, much to the dismay of many. Thankfully for us, the modern urban izakaya is reopening as Neon Pigeon 2.0, finding its home along Carpenter Street. Here, you’ll be thrilled to know that the familiar concept of novel twists to regional Japanese flavours stays the same, complete with new dishes like the Kumamoto Oysters, sprinkled with smoky dashi gelee, ponzu and chilli oil. Make sure you call it a night only after a cocktail or two. We recommend the Ichi-go Lightly, a punchy gin sour with strawberries and savoury seaweed that’ll be one to remember for sure. 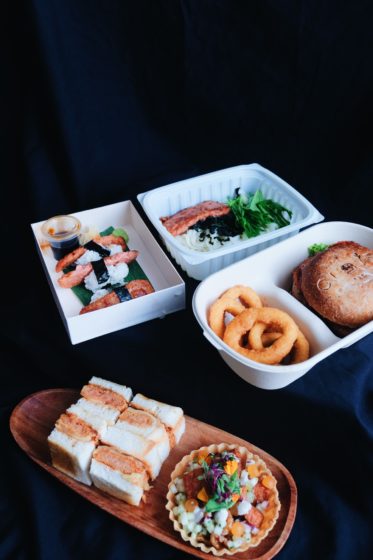 Vegan-everything is taking over the world, and we’re glad that more alternatives for our favourite proteins are slowly but surely appearing on our shelves. This time, its luncheon meat. The addictive, class-1 carcinogenic meat has finally met its match with the Omnimeat Luncheon, a healthier alternative made mainly from soy, wheat, beet and coconut oil. Best of all, it contains zero cholesterol and zero carcinogenic nitrate. It was first launched in Hong Kong this year, but has now made its way to supermarkets in Singapore today. Read more about it here. 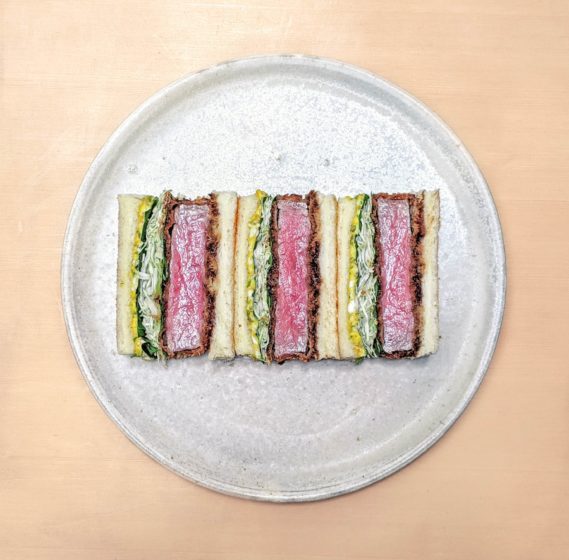 If you never got a chance to grab a bite of Esora’s katsu sandos, here’s some good news: the Japanese restaurant’s Delivery & Takeaway Katsu Sando menu will be returning indefinitely. The menu is home to classics like the Premium Omi Wagyu Beef, the Black Angus Beef, Japanese Pork, Wagyu Potato Croquettes and Tamagoyaki, and in this new update, the katsu sandos will be available weekly only on Thursdays, with only 100 katsu sandos to spare each week. 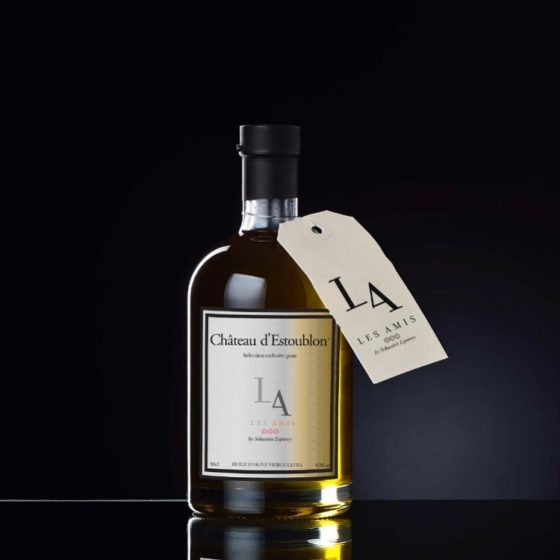 6
Les Amis now has its own olive oil

Olive oil is integral to much of European cooking and chef Sebastien Lepinoy, the man who led Les Amis to clinch three Michelin stars has taken it a step further and making it possible for us commoners to use the very same one he does in his kitchens. The restaurant has launched its own bottles of olive oil for sale to the public. Named Château d’Estoublon Special Pour, it is the culmination of five months of experimentation and the result of blending five varieties of Provençal olives: Bouteillan, Salonenque, Grossane, Béruguette and Picholine. Taste tests reveal a full bodied olive oil with peppery notes and the rounding of an excellent young wine. As with much of artisanal products, supply is limited with only 800 bottles made available. To order, email order@lesamis.com.sg. Each bottle retails for $48++. Float Foods, a Singapore-based food technology start-up, has debuted OnlyEg, Asia’s first commercial plant-based whole egg substitute. The product is a legume-based substitute for two separate components — the egg yolk and the egg white — and it can be prepared and assembled into our favourite egg-based dishes like the sunny-side-up, overeasy or soft boiled. Not only are the nutritional benefits of OnlyEg is being developed to be higher than that of a chicken egg, this innovative breakthrough also helps to mitigate the potential for animal-to-human disease transmission, hormones or antibiotics residue, all whilst reducing our carbon footprint on the world. 8
The Balvenie partners The Michelin Guide

The Balvenie, the world’s most handcrafted single malt Scotch whisky, is teaming up with the Michelin Guide to craft exclusive limited-time-only dishes that have been inspired by The Balvenie 14-Year-Old Caribbean Cask and The Balvenie 21 Year Old PortWood. From now to 20 December, Chef Roberto Galetti of Michelin-starred Garibaldi has created dishes to balance and complement the complexities and richness of the Balvenie spirits. From fresh figs and almonds to vanilla-scented gnocchi, this meal is one that’s definitely made for the whisky-lover in you.