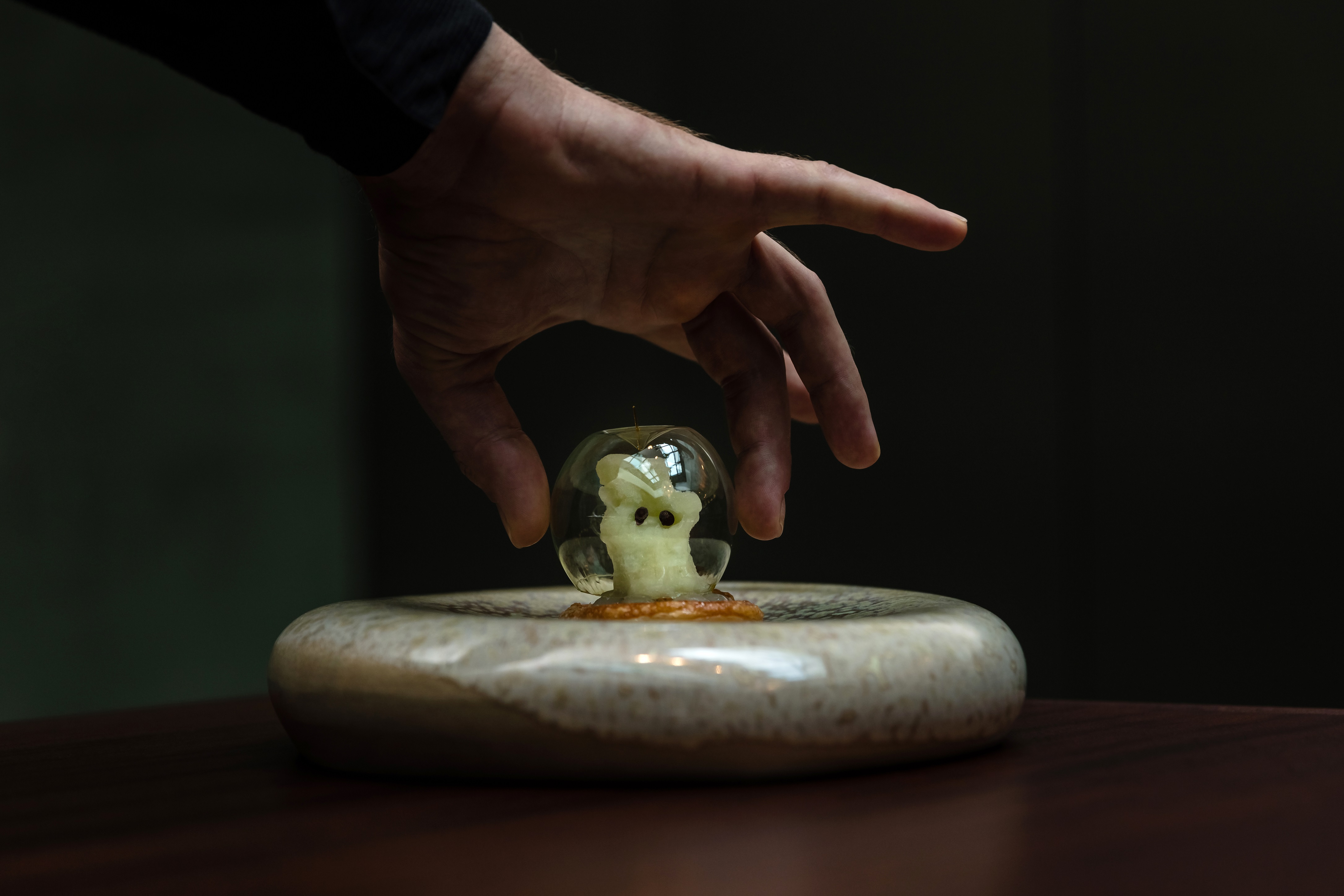 “Dutch cuisine is well on its way on the global stage,” says Table65’s Richard van Oostenbrugge

Food & Drink
“Dutch cuisine is well on its way on the global stage,” says Table65’s Richard van Oostenbrugge
Share this article
Next article

The Netherlands has long been known for its cheese wheels, beers and chocolate. Ironically, when it comes to cuisine, the country is still slowly crafting an attractive niche on the global dining stage.

But it has a significant hurdle to address. Dutch cuisine is often labeled as ‘modest and plain’, often driven by a diet of potatoes, herring, and meat. What was thought to be traditional is really the result of housekeeping schools established in the early 20th century. Girls were sent to these establishments, trained to do household chores and to prepare simple meals for their families. It was a process that unexpectedly reduced the scope of Dutch cuisine.

In recent times, young Dutch chefs have been working hard to steer away from this perception. Working with local producers, the Netherlands’ newest culinary minds are crafting a fine-dining philosophy and cuisine that they can truly call their own.

Here in Singapore, Dutch chef Richard van Oostenburgge is showcasing how far the cuisine has evolved. At Table 65, his restaurant at Resorts World Sentosa, Van Oostenburgge champions his take on modern Dutch fine-dining. The cuisine may not be entirely familiar to local audiences. But the restaurant recently got its nod of approval from the Michelin Guide, debuting with one Michelin star.

While in town to celebrate the win Van Oostenburgge took the opportunity to bring Thomas van Santvoort, one of Amsterdam’s rising culinary stars, to Table 65. As he prepares for his collaboration, Van Oosterburgge shares with us an insight into how new chefs are reviving heritage produce in their modern cuisines and his gripe with globalisation.

Why did you want to do this collaboration with Thomas van Santvoort?

If you have big dreams and you work hard, you will be noticed… many thanks Richard van Oostenbrugge and Table 65

Well everyone does collaborations, but I would like to do something fresh. He (Van Santvoort) just got one Michelin star for his restaurant, Flicka, in Amsterdam a few months ago. I went there and I thought his food was really good. I like to work with young people, to push them forward and get them to travel the world too so I can push them in the spotlight.
Dutch cuisine is often deemed as ‘simple’. But what is Dutch cuisine really about?
When the Netherlands colonised parts of the world, they took back home spices and also influences from Indonesia and everywhere. So in our kitchen, you see a lot of these spices come back. There’s a lot of different cultures mingling together and there’s a lot to discover. If you go to a Dutch hotel and ask for recommendations, they’ll tell you to head to an Indonesian restaurant nearby. It’s a big part of our history.

So how did ‘new Dutch’ cuisine come about?

I think the last 10 years, fine-dining wise, there has been an explosion of great restaurants. If you see some of the international big shots, some of them are from the Netherlands. On the Gault Millau guide, Dutch restaurants have done well points-wise. Restaurant De Groene Lantaarn by chef Jarno Eggen got 17 points out of 20, and chef Onno Kokmeijer of Restaurant Ciel Bleu scored 18.5.

This is the reason why I really want to push the new generation to the world.

Dutch cuisine is really well on its way to getting on the global stage. Before we had all the attention on France and we had Spain (with El Bulli, of course). Then now, we go Nordic and then Peruvian. I’m not saying we will all be turning our attention to Dutch cuisine, but I definitely think we have developed our own style of food because of the local ingredients we have. We have quality ingredients available here.

What new things are younger chefs trying to introduce in the Netherlands’ dining scene?

I think in Holland, chefs are increasingly going 80-20. That means that they are trying to go for 80 percent vegetables and 20 percent meat or fish — it’s a big thing in Holland now. It’s because chefs are becoming very conscious about the environment and health. Everyone’s concerned about sustainability. For instance, you won’t find endangered fish on the menu. You will likely never see tuna in Holland’s high-end restaurants. For one, it’s threatened and it’s not from around the Netherlands. Why use it when it’s not from your backyard? That is also something I am increasingly doing in my restaurants too.

Food & Drink
Is plant-based dining in Singapore a passing trend? Experts weigh in

Why is it only now that the Dutch are looking to local produce?

Dutch cuisine was always seen as “not good”. So the Dutch always looked at how the French did things, and they copied what the French did. Now slowly, we are starting to realise that we are not that bad. We have nice products like the French — like cheese. I have only Dutch cheese in my restaurant — it’s something to be proud of!

When I came to Holland, all the big restaurants in Holland go to France to buy cheese there. I wondered, “Why do we buy cheese from France when we have all these great cheeses at home?” The English call us cheeseheads because we eat so much cheese. We are renowned all over the world for our cheese, so why do we buy from the French? So I started to use only Dutch cheese and more people are following this. Of course, our local farmers will earn more and create better products.

Before, a lot of heritage stores had to go because they couldn’t compete with larger corporations. But now, small artisanal bakeries are popping up again. Traditional butchers are also starting to make their own sausages and hams. We even have our own chocolatiers now. This is how we create our own identity.

What ingredients do you use in Table 65 then?

We try to push for local produce though it’s not really easy. What we can, we do. We have duck from Malaysia, and the kitchen team is working on a dish featuring it for months and I think we’ve nailed it. The fish we use are local.

This has made me very aware of the quality of produce we have back in Holland. After all, most fine-dining restaurants here import their ingredients from Holland, France and Japan. But I’m also more aware of other great local produce like herbs which are much more aromatic to what we have in Europe. Maybe it’s because of the weather here, the herbs here make the sauces much more flavourful.

table 65 richard van oosterburgge netherlands dutch cuisine
Jasmine Tay
Senior Writer
Jasmine Tay is the dining, culture and jewellery writer. She makes fine silver jewellery and causes mini-explosions in the kitchen when she can't afford fancy dinners. Sometimes she tells people what she thinks about art, and binges on the music of Danzig when they don’t agree.
Dining Culture Jewellery