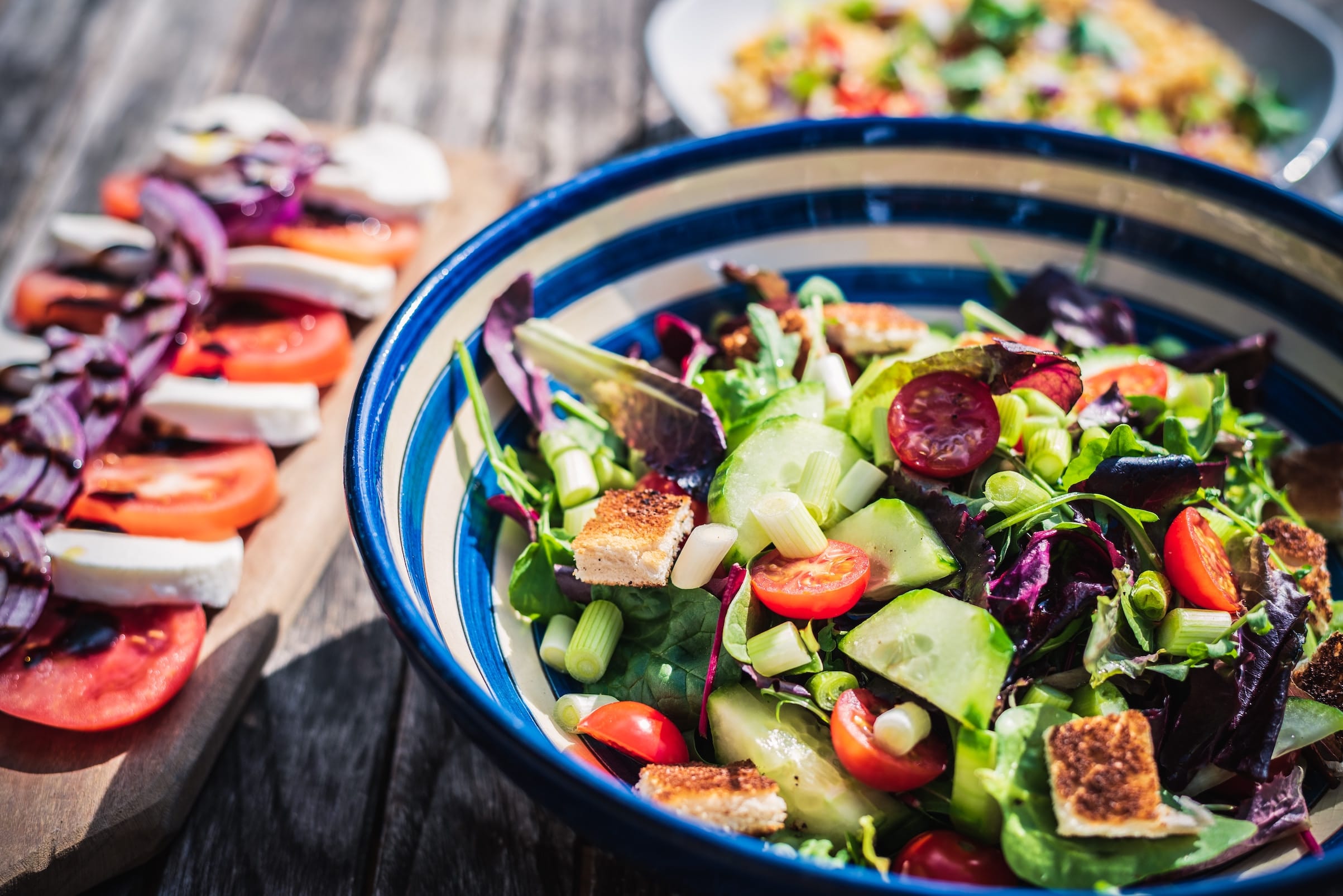 With its onslaught of restaurant openings and highly-anticipated dining events the likes of Le Petit Chef, January has been a fulfilling month for local epicureans. It has also been a massive test of willpower for those of us who included healthy eating as part of our New Year’s resolutions.

But if, like us, you’ve fallen off the eat clean bandwagon, don’t be disheartened. It’s never too late to start over, with the smorgasbord of nutritious options around the island. Depending on the amount of self-discipline you have, you may consider embarking on a strict diet (which entails avoiding the likes of carbs, grains and alcohol), going vegetarian or vegan, or simply making the effort to eat meals incorporated with vegetables and fruits. For most of us, the latter is perhaps the most feasible first step in our fitness journey. After all, a lifetime of never having pasta and booze again, doesn’t exactly seem worth living for.

To make healthy eating a lot more palatable, a number of restaurants here have introduced wholesome yet delicious options spanning customisable grain bowls, broths and salads. Here are 5 eateries we think are worth trying. We can’t guarantee they’ll make you forget your cravings for a juicy cheeseburger or succulent steak, but at least you’ll walk away feeling full and a lot more nourished. 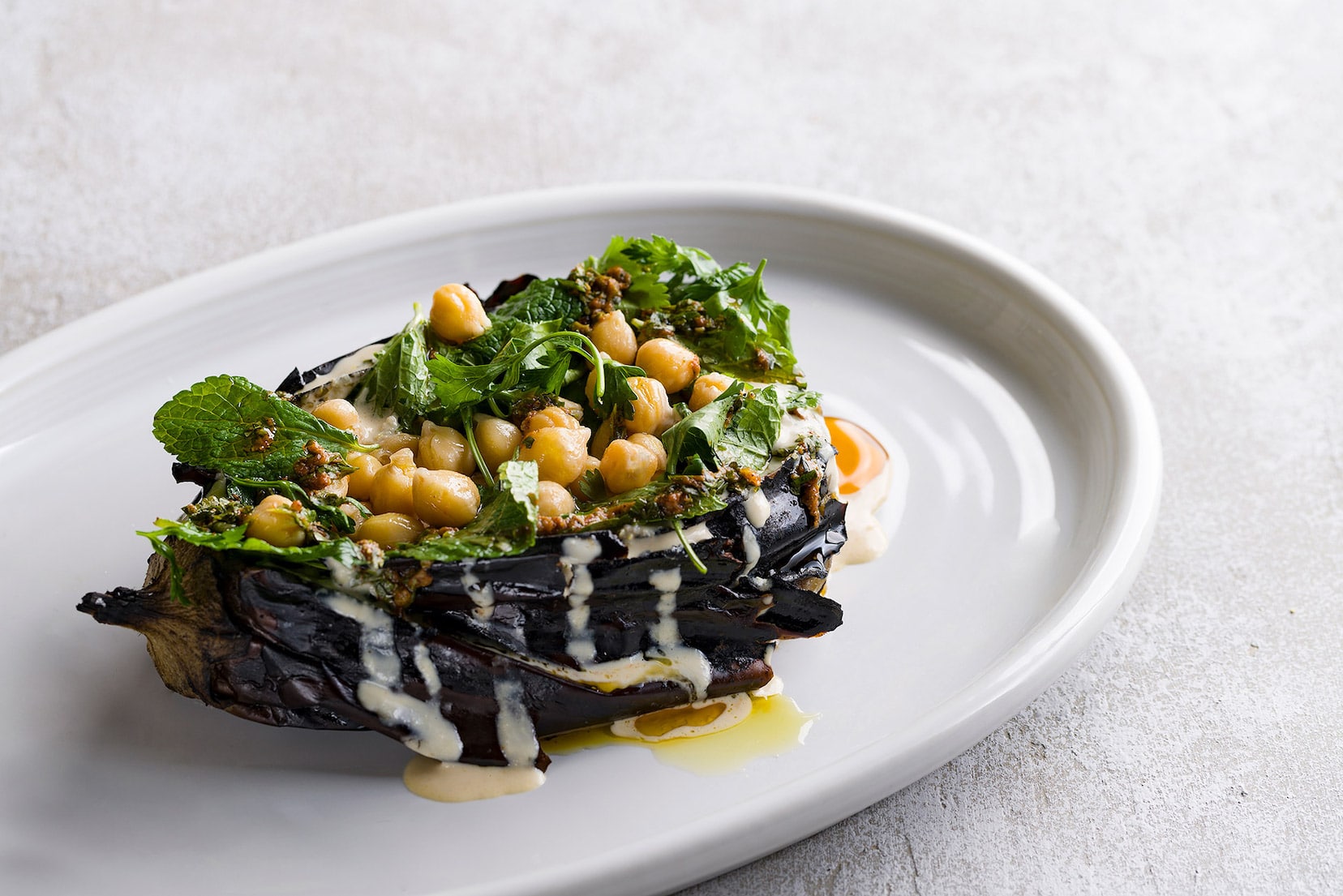 This newly opened restaurant at Raffles City serves a mostly plant-based repertoire of sharing dishes, with a variety of dishes for those on vegan, vegetarian and pescatarian diets. Menu highlights include charred eggplant, red curry, grilled halloumi and Scotch eggs. If you’re craving meat, the eatery also has hearty offerings like pork belly and short ribs. Round off your meal with its fruit-based cocktails — you deserve to indulge a little. 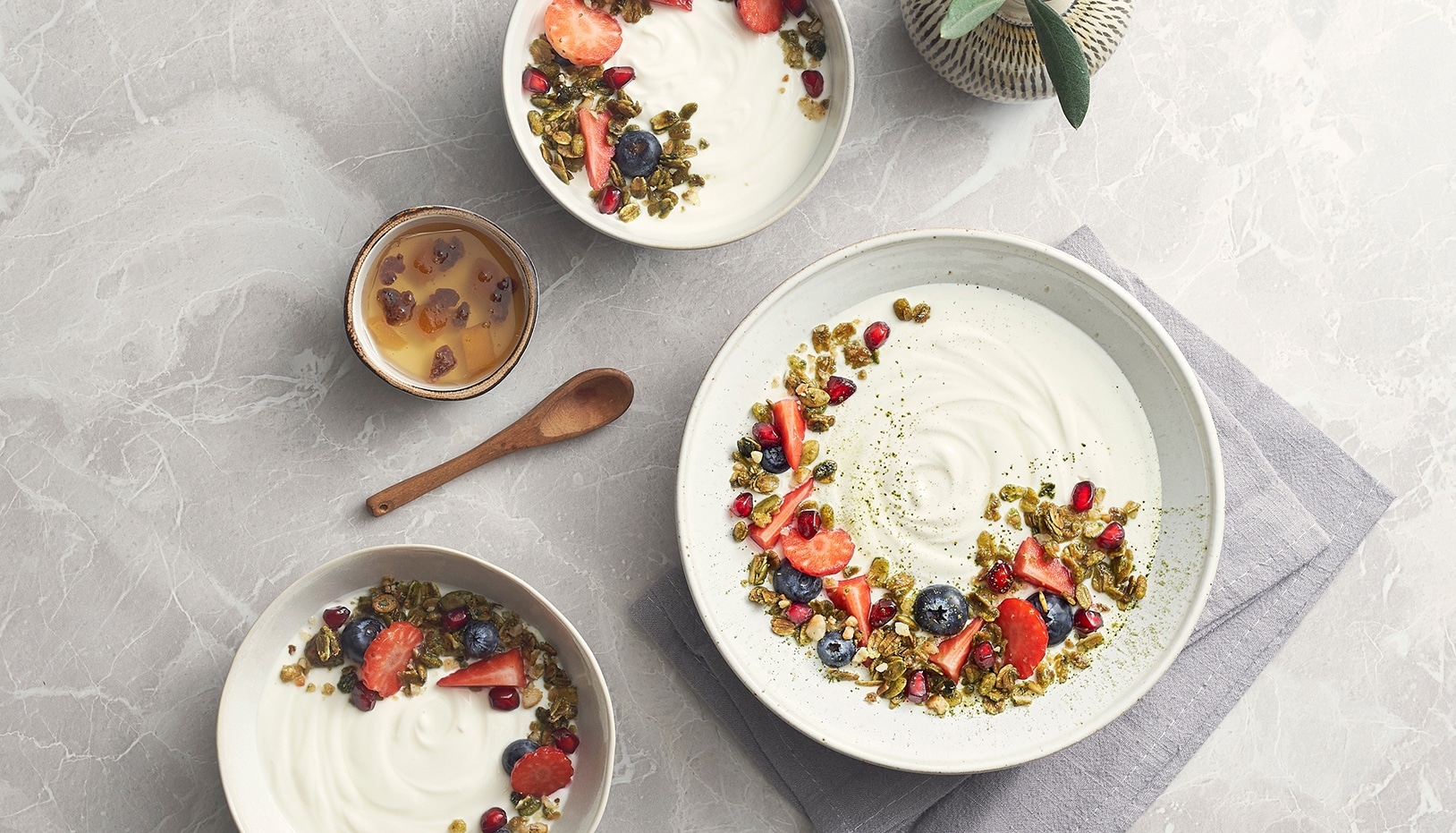 If you’re curious to see what goes on behind the doors of swanky private members club Straits Clan, here’s your chance to get a glimpse. Clan Cafe is the club’s only restaurant that’s open to the public, and is a welcoming space decked out in soothing pastel hues. On its menu are nourishing offerings such as granola bowls, noodles, soups and grain bowls, the latter of which come in delectable options such as miso salmon with edamame, tofu with furikake, and grilled Angus ribeye with an onsen egg. Do make room for its comforting broths too, which come in flavours like oxtail, tomato, and mushroom with tofu dumplings. 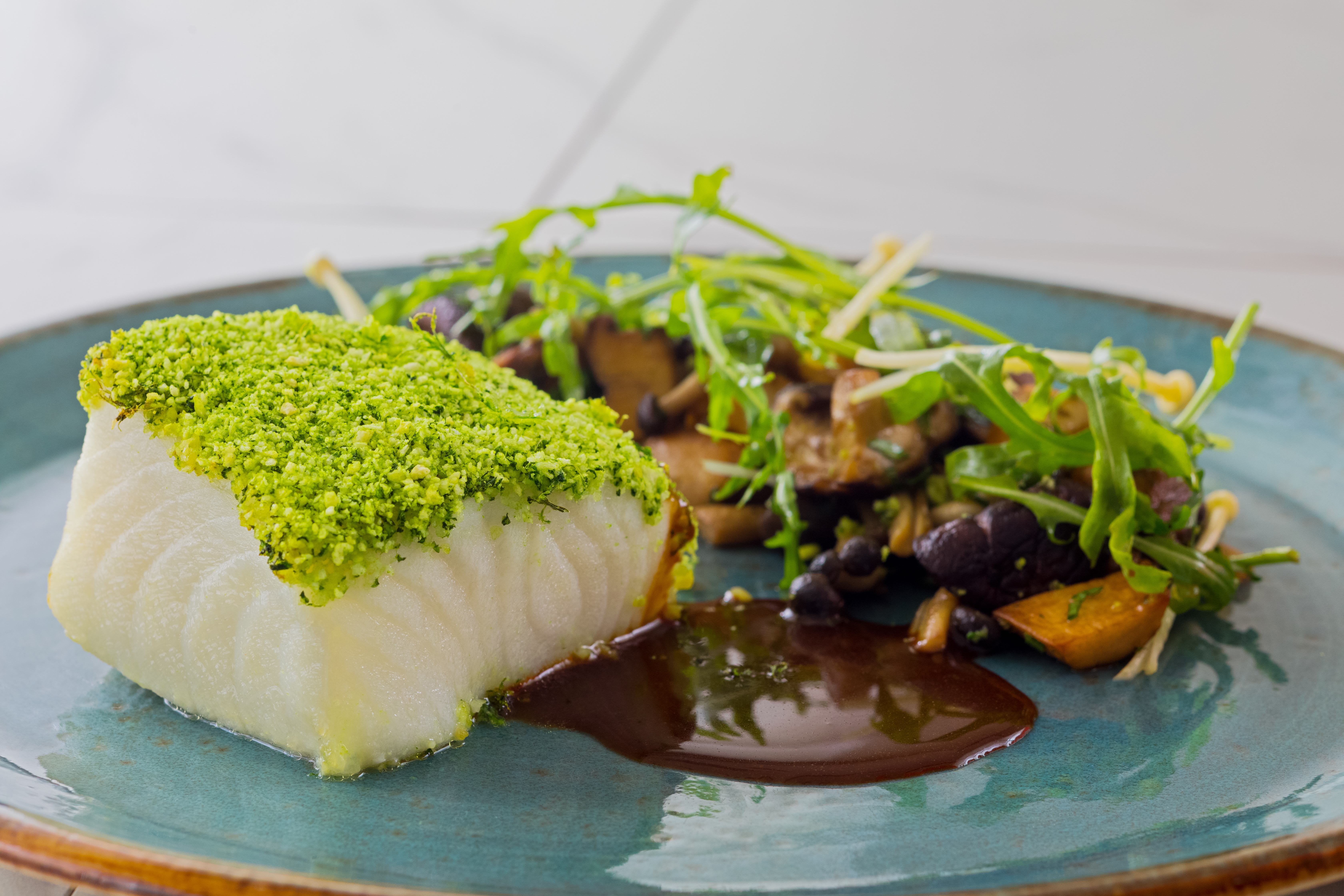 Located at Hilton Singapore, Verde Kitchen prides itself on serving nutritious fare that’s free of hormones, pesticides and food additives, using ingredients that are mostly made from scratch or sourced from the hotel’s in-house vertical garden. Its menu includes dairy-free, gluten-free and vegetarian-friendly options, so there’s something for everyone. Standout items range from the basil-crusted toothfish with mushrooms, broccoli and kale soup, and grilled halloumi salad. If you’re seeking to embrace a vegan or vegetarian diet, Afterglow is the place to be. The Keong Saik eatery is so serious about advocating a healthy lifestyle that it makes its own vegan cheese in-house (using a blend of cashew nuts, probiotics, black olives and spices), and recreates conventionally meaty dishes using grains, seeds and vegetables. Its “pulled pork” burger, for instance, replaces the meat with braised eggplant, while lasagne is reimagined with zucchini sheets and pine nut pesto. 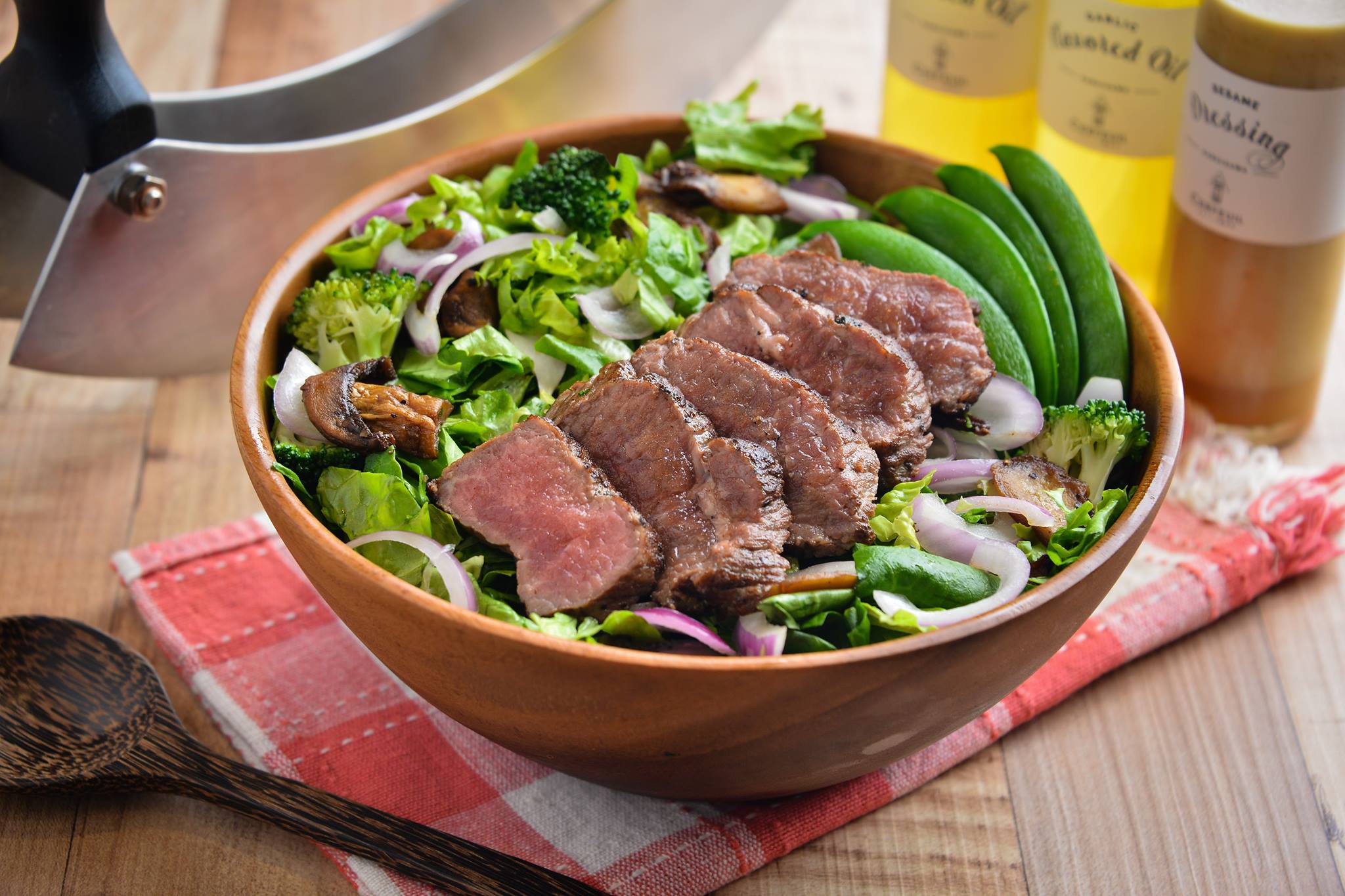 Vegetarian Restaurants Singapore where to eat clean Eat Clean in SG Healthy Food Singapore Salads Singapore Vegan Food Singapore
Sara Yap
Deputy Director, Digital Operations (Asia)
Sara Yap is the Deputy Director of Digital Operations at BurdaLuxury, and a contributing writer to Lifestyle Asia’s dining and jewellery beats. When she’s not on the lookout for exciting new restaurants or bejewelled trinkets, she’s probably buried in a riveting read, or reminiscing the good ol’ days with her favourite playlist of ’90s boyband hits.
Dining Pass the Salt Jewellery On The Rocks