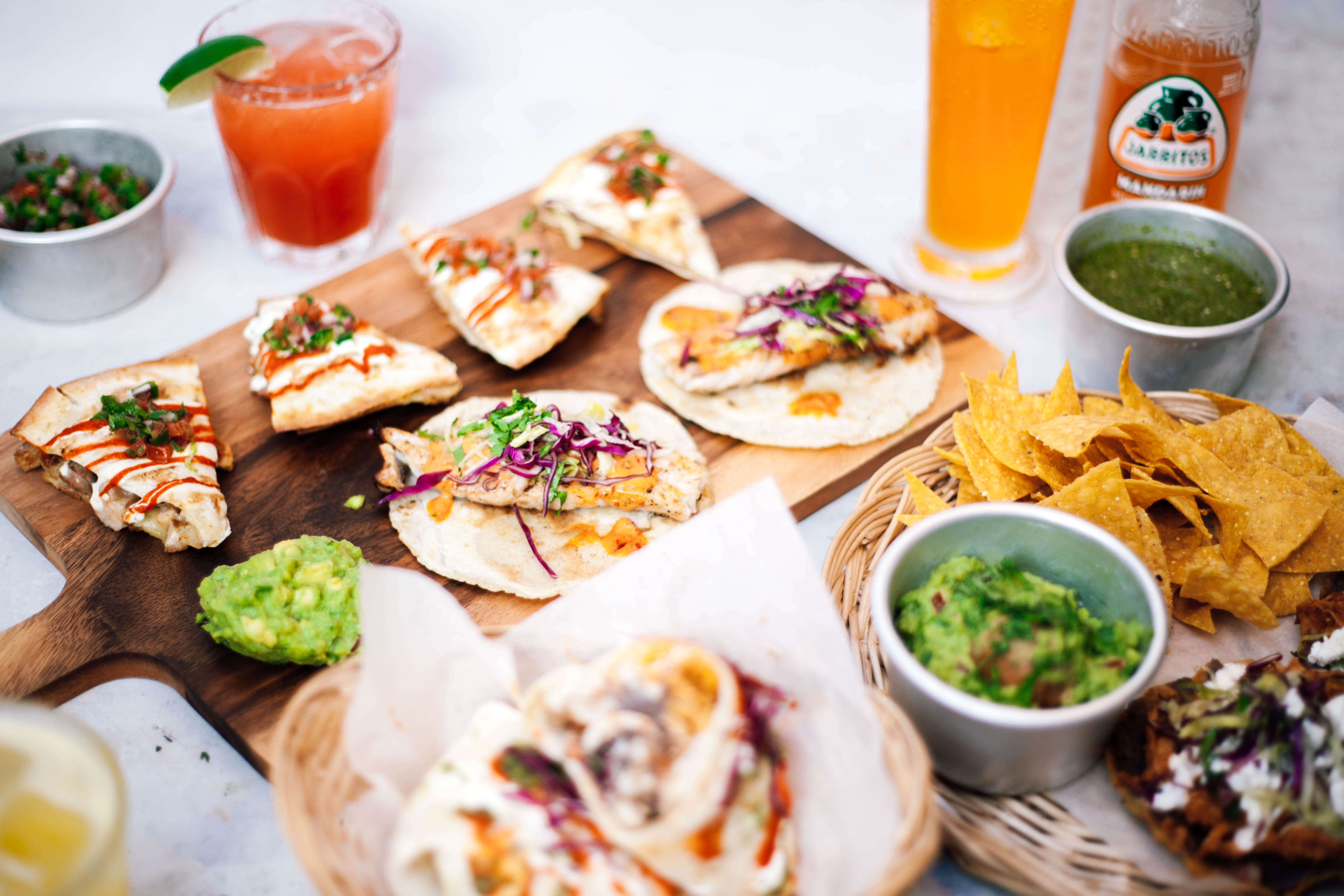 Local options for Mexican food abound, but when you’re looking for authentic fare you’d find in Mexico City, you’ll come up dry. Most of the restaurants here offer Mexican-American fare, be it the meaty excess of Tex-Mex food, or the healthier alternatives that brand Cali-Mex cuisine.

There is an abyss when you want to find warm soft-shell corn tacos, still slightly mealy from masa harina (a speciality Mexican corn dough) because most of the establishments here use ready-made flour shells. Still harder is the quest to locate a place that offers juicy hunks of pulled pork, grilled fish, chicken or steak to stuff your burrito with because most restaurants here opt for minced, which is not the Mexican way.

But now, with the opening of Papi’s Tacos on Seah Street, Singaporeans can get as close as they possibly can to true Mexican fare without having to board a plane. Parented by the members of both Employees Only New York and Singapore’s founding families, this back-alley taqueria is where you need to be if delightfully messy Mexican food and quality margaritas are your idea of a good time.

The small space seats just 16 both in and outdoors, so expect to knuckle down and rub elbows with fellow diners as you eat on a counter, watching chef Mauricio Espinoza prepare meats over a hissing grill just a hair’s breadth away from you. Mexican food is meant to be personable, so at Papi’s Tacos, there’s no distance between chef and consumer — much like the conviviality you’d find at taco food trucks or stalls in Mexico.

Espinoza, the actual papi that makes the tacos, is Mexican himself, so there’s a double dash of authenticity there. The Tlaxcala native has created a menu around the food and flavours he grew up eating, and almost everything on the menu, with the exception of the flour tortillas, are made by hand.

Any good Mexican meal must begin with nacho chips and guacamole, and Espinoza’s dip is by far the best we’ve had here. Avocado, pickled onions and fresh tomatoes go into the chunky guac. It is generously seasoned with lime a salt, an essential element that many lazily-made guacamoles are guilty of skipping.

Don’t fill yourself up on the free-flow nachos, though it might be tempting to do so, because there is plenty more on the menu to digest. The mushroom and chicken quesadillas are two of the best-sellers since Papi’s Tacos had its soft opening, and a bite justifies the popularity. Paper-thin tortillas are toasted crisp, sandwiching hunks of grilled meat or mushroom and a heaping serve of melted cheese that pulls when you take a bite.

Once you’ve lined your belly with those slim slices, plough forth to sample Espinoza’s tacos. These palm-sized rounds come in baskets of three or four, and we’d recommend packing away the fish versions. No fried fillets or coleslaw in sight for these, as the chefs grill dory slivers until each is slightly charred, then put them in a soft palm-sized taco with a  dollop of chunky salsa verde and sour cream to cut the spice. The char on the fish lends just enough of a smoky kick to the overall bite, which gives body to the fresh dressing.

Burritos are available for the severely hungry. These forearm-thick wraps are stuffed with Espinoza’s spiced rice, refried beans, fresh vegetables, and meat. The house signature, Burrito de Carnitas, is a top choice, as it comes with pulled pork slow-braised in its own juices for hours. It’s messy, it’ll dribble, but is so worth that stain on your shirt.

Espinoza has also created five homemade hot sauces with different spice levels for customers to season their order with. Each has a different Mexican chilli as a hero, from mild chipotle to blazing habanero. The latter is the spiciest of all, but still balanced with enough acid and sweetness that you don’t choke and tear. Just don’t get any on your lips.

It also wouldn’t be an Employees Only sibling if there were no drinks on the menu. Bartending veteran Steve Schnieder calls the post-stamp-sized bar corner a dream come true because it serves quality tequilas, mezcal, beers and simple margaritas – everything he loves to drink.

Choose between a classic lime margarita or a seasonal flavour (currently strawberry) served either shaken or frozen, with sea salt on the rim. Fresh-pressed juice is used here instead of cordial, and when mixed with premium tequila, the resulting cocktail is tart instead of cloying, which is a pitfall most of the kind fall into. There are plans to expand the cocktail menu once Papi’s Tacos takes off.

We are quite certain the soulful joint will because one can never go wrong with Mexican food done right.

Mexican Food Mexican Food In Singapore Employees Only Singapore papi's tacos seah street
Beatrice Bowers
Features Editor
Beatrice Bowers writes about beauty, drinks, and other nice things. When not bound to her keyboard, she moonlights as a Niffler for novels and can be found en route to bankruptcy at your nearest bookstore. Don't tell her boss.
Drinks Beauty
Sign up for our newsletters to have the latest stories delivered straight to your inbox every week.