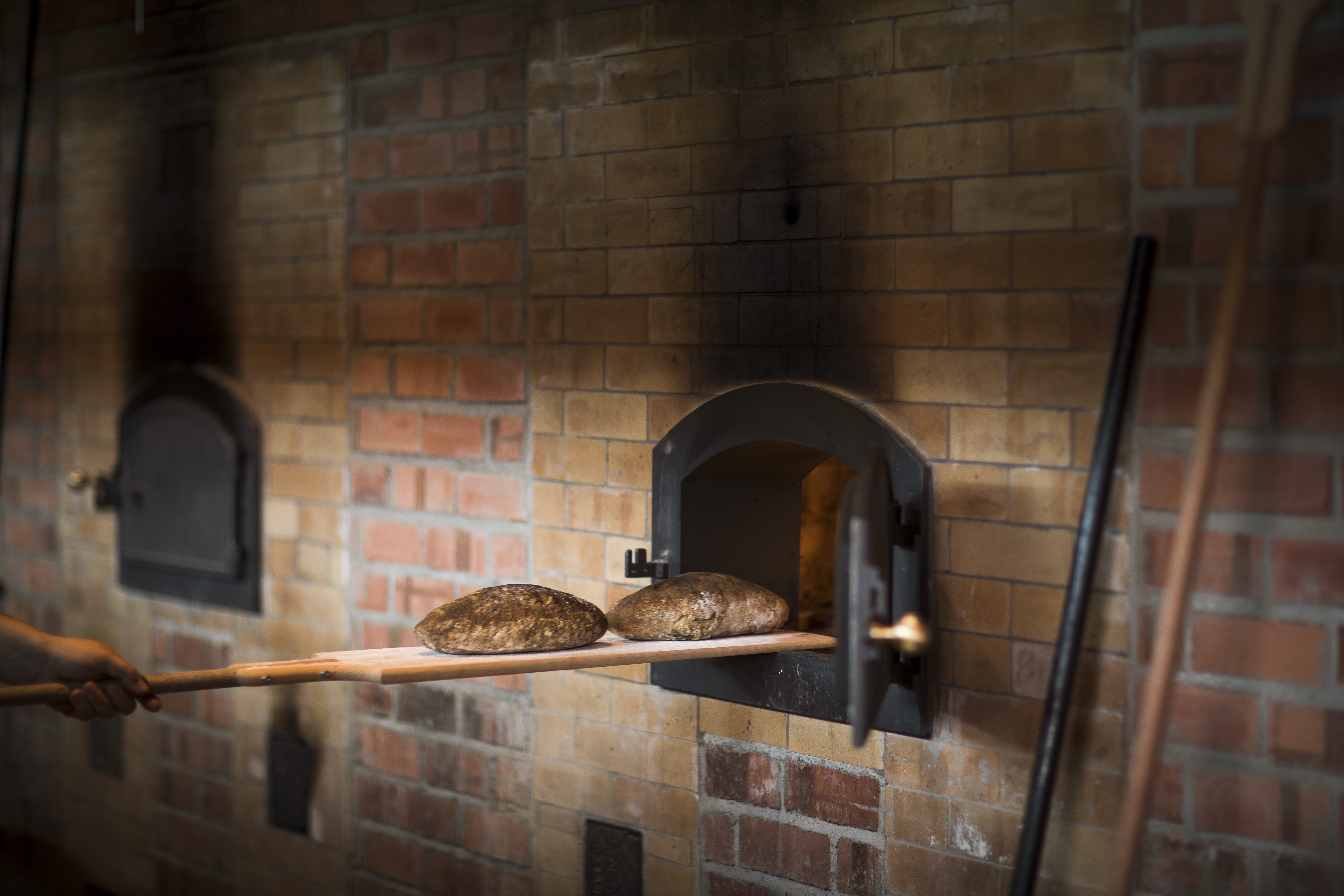 Firebake goes back to basics with wood-fired sourdough

There’s something innately comforting about tucking into warm, freshly baked bread. Whether it’s a crisp baguette, buttery brioche, or aromatic herb-infused focaccia, it’s difficult to resist digging into these loaves of carb-laden goodness.

Bread is probably one of the most versatile foods around, too. A breakfast staple, it’s also a constant at most fancy restaurants, where it’s usually served as a prelude to the meal. And who can forget about savouring this doughy delight with curry or broth-based dishes, where it can be used to soak up every bit of gravy?

Taking into account the many wonders of bread, the newly opened Firebake — Woodfired Bakehouse & Restaurant has dedicated itself to the art of baking. It specifically focuses on sourdough, which is made using fermented dough and is known for its slightly sour taste. The bread is baked from scratch every day, using European historical techniques that date back to centuries ago.

Situated along East Coast Road, Firebake is a rustic venue decked out in wood and bricks, with a retro checked floor. It sits in the space previously occupied by Carlton Restaurant, a kopitiam popular for its roasted meats.

Spanning 2,750 square feet, Firebake is equipped with an open kitchen decorated with touches of wood, steel, and corrugated metal sheets. It houses two massive wood-fired ovens hand-built with some 5,000 red, refractory and volcanic bricks, over a period of six weeks. These ovens — one of which is dome-shaped and the other, tunnel-shaped — are fuelled by recycled and reclaimed Jarrah wood imported from Nannup, Western Australia. The dome oven is used for big loaves of bread, while its tunnel counterpart is utilised for both bread and other dishes.

Keeping in line with its penchant for age-old baking and culinary methods, Firebake cooks its food with two 1880s refurbished Husqvarna cast iron stoves from Sweden, which are powered by wood fire. It also has two Germany-imported 1970s mixers with stainless steel bowls, which are used to replicate hand-mixing techniques.

The restaurant is a cosy and homey space that seats 56, with an alfresco area that overlooks the main road. Diners who choose to sit indoors can pick from its 12 tables, or dine at the kitchen counter, where they can watch their food being prepared.

Committed to using only natural ingredients, Firebake utilises organic flour obtained from Western Australia, and plans to eventually mill its own wholegrains in-house. Even its salt is non-processed and non-iodised, and its water is filtered through a Nordaq Fresh system that preserves its natural salts and minerals.

Sourdough may be the central focus at Firebake, but the eatery’s owner Konstantino Blokbergen is well aware that diners cannot subsist on bread alone. So his repertoire comprises a variety of European-inspired dishes such as roasted chicken, braised lamb, and Norwegian blue mussels. These are served on small and big plates ideal for sharing.

We started off our meal with the restaurant’s signature breadboard (S$10), which is stacked with all four of its white, wholemeal, fruit and rye sourdough options, and comes with Greek extra virgin olive oil and Norwegian butter. The breads are served untoasted, but if you fancy your buns crisp, you can request for them to be toasted. Our favourite was the sweet and sour fruit bread, which was embedded with bits of Turkish apricots and raisin sultanas. Also noteworthy was the rye, which had been fermented thrice for an extra tangy kick, and paired well with the fragrant olive oil.

Another delectable offering was the chicken liver pâté (S$12), a silky smooth paste composed of the prized offal and butter in equal amounts. It came accompanied with pickled onions, a homemade salt (comprising cinnamon, pepper, nutmeg and clove), and fruit and white bread.

For maximum enjoyment, layer generous amounts of the liver on the bread, dip it into the tasty salt, and top it off with a few onions. The result is a lovely juxtaposition of textures and flavours. It’s a pretty artery-clogging concoction, but completely worth it.

If you’re seeking a healthier alternative that won’t draw the ire of your cardiologist, go for the heirloom tomato salad (S$17) instead, which features chunks of sweet tomatoes interspersed with salty feta cheese, pickled cucumber, crunchy croutons, and oregano. The whole mix of ingredients was immersed in a delicious broth of tomato and smoked oil, which was made by infusing burnt charcoal in the oil.

Also a must-try is the Norwegian salmon (S$25), which is cured in dill and served with pickled onions and sautéed leeks. What’s unusual about this fish dish is that its skin has been removed and replaced with a crunchy, moreish crust of breadcrumbs. Another standout was the grilled pork belly (S$22), which had been brined in salt solution and sous vide till tender, before being seared skin down to produce a consistently crisp crackling. It was presented in a tantalising vegetable broth consisting of pumpkin, celeriac and fennel, and paired with a slice of rye bread to mop up the soup.

Having eaten our share of cold, hard and almost unpalatable buns at some proper restaurants around the island, it’s refreshing to find a place that takes its bread seriously, and does it well.

We also like that Firebake has found creative ways to incorporate its core ingredient into its dishes, all of which are well-executed and presented in generous portions. With its relaxed vibe, scrumptious savoury offerings, and breads that are completely worth the carbs, this is a restaurant we’d gladly spend a lazy, dressed-down weekend at.