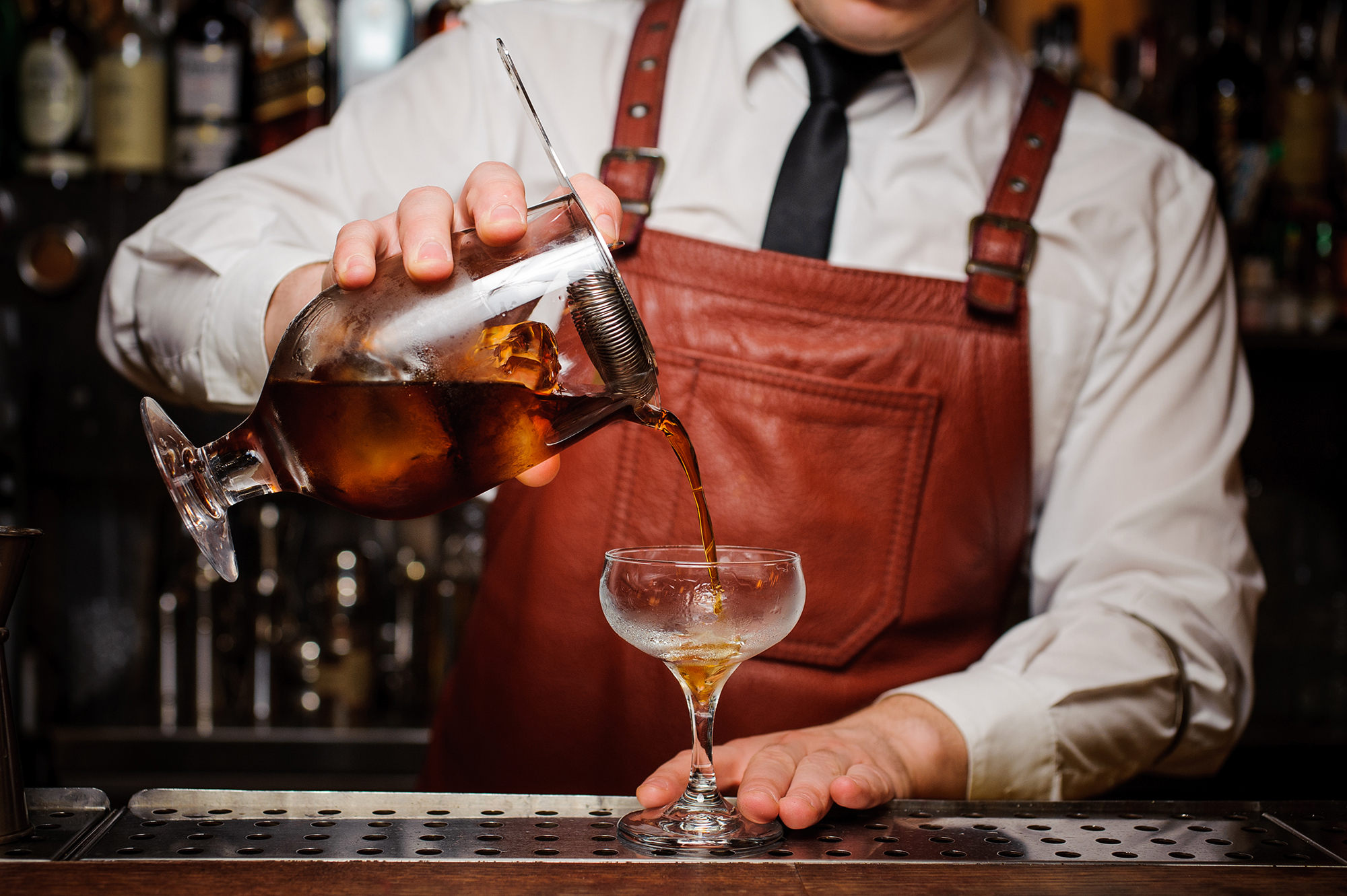 Food & Drink
The LSA Forecast: 10 food and drink trends to watch in 2018
Share this article
Next article

The word “trend” is severely overused, yet few other terms can succinctly describe the ebbs and flows of what diners want or what chefs, restauranteurs and bartenders dream up on a regular basis. We’re not talking about wobbly castella cakes here or anything to do remotely with salted egg yolk (aren’t you sick of that yet?) but recognisable patterns that signal a change in the way we think about food and drink.

After all, far from being mere fads, food and drink trends reflect the state of the world. The shortage of butter in France that had home cooks and chefs up in arms, for instance is a reflection of Asia’s growing affluence and healthy appetite for quality products. It may have driven up prices but it has also shone the spotlight on other regions that produce quality, artisanal butters.

On the beverage frontier, the sudden popularity of turmeric lattes has also led to accusations of cultural appropriation; reflecting on the power dynamics of the west and the rest.

But of course, not all is doom and gloom. There’s always a silver lining, and if there’s any industry that wants to perpetrate your rose-coloured outlook on the world, it’s alcohol. 2018 is going to be the year where the booze landscape advances the foundations they’ve set in the previous year. We’ve seen this in how vegan bars are starting to sprout across populated cities, effaced from its novelty status and becoming a welcome inclusion to its respective food and beverage scenes.

There’s also been a notable rise in spirit makers challenging tradition. From whiskies finished in unusual casks (think ex-tokaji, champagne, or IPA barrels, to name a few), to barrel-aged gin, a large portion of distillers have located a point of balance between the commercial and artisanal. We are situated in a time where consumers are more willing to experiment with flavours, and the drinks trade is primed to deliver.

That’s not all though. To get your appetites ready for 2018, the Lifestyle Asia Singapore team sat down to chart out the food and drink trends that this year has in store. 1
Jamu gets its time in the limelight

Turmeric lattes are all the rage right now with a certain segment of the affluent West and it seems to be paving the way for jamu — traditional Indonesian tonic drinks made from roots, herbs and spices. To be sure, it’s an ancient remedy but it could be seeing a big uptake amongst the health-eating set. Already, there are early advocates. Over in London, entrepreneur Tanita de Ruijt has been brewing turmeric and tarmarind tonics for her business. She has found so much success, she has even launched a book. In Hong Kong, Jahmu Tonic operates via pre-orders calling it a vitality tonic. Meanwhile, in Jakarta – the capital of jamu’s ancestral roots is even home to a cool bar and café named Bar Jamu Salihara while Bali-based Jamu With You is a hit with expats and tourists. 2
The rise of "endemic produce"

Call it the Noma effect but more fine dining restaurants are paying attention to endemic produce – ingredients that may not quite make it into a commercial supermarket but are nonetheless native to an area. It could come in the form of insects where places like Insects In The Backyard in Bangkok are plating up these creepy crawlies beautifully, or in botanicals like magao – a type of native Taiwanese pepper that the chefs of Mume in Taipei are using in their dishes. Either way, it’s a reaction against the ease of which we import produce. Everything from truffles to foie gras are easily accessible these days and diners are now looking for a culinary experience with a sense of time and place. 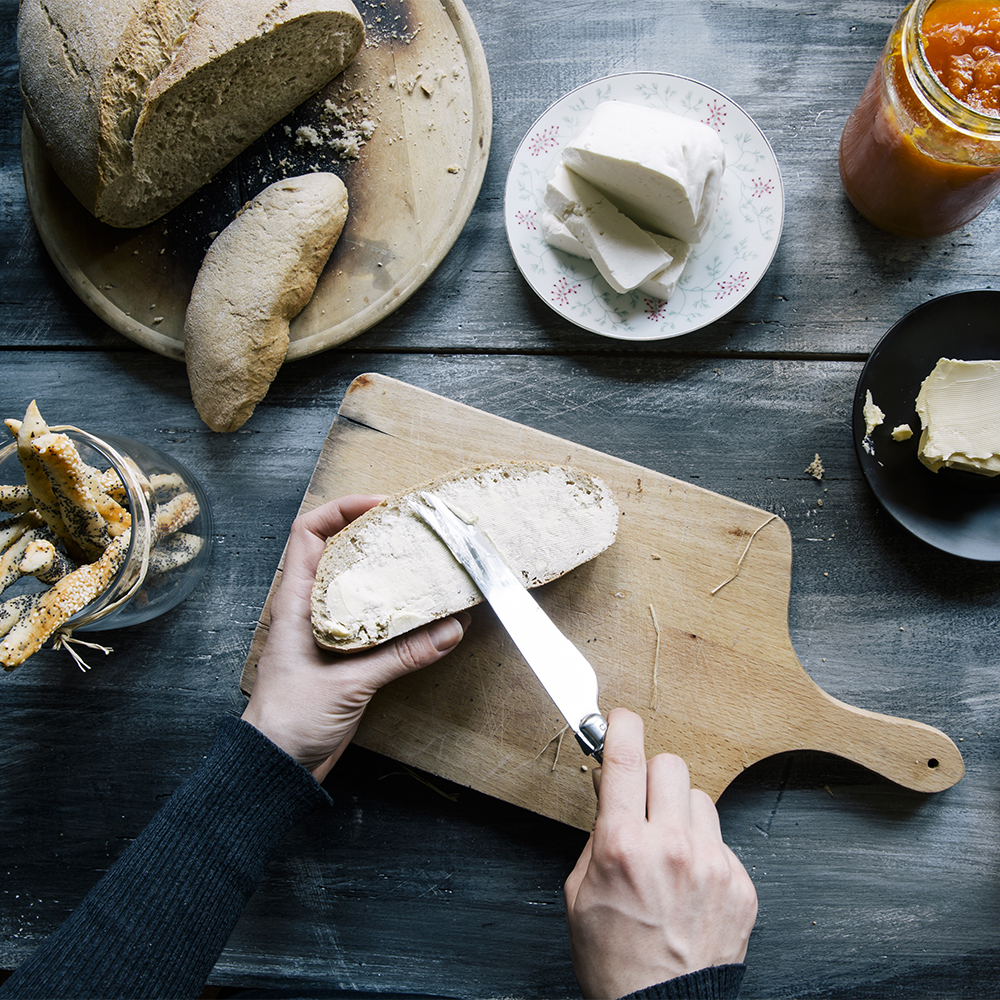 3
Butter gets (even) better

The French butter shortage had one silver lining: it shone the spotlight not just on the nature of French butter and why it’s so sought after (it needs to contain 82% fat by law) but also the artisanal butters from other countries. Australian, Japanese and even Norwegian butters are now more easily available. Far from the commercially produced brands, these are made in small batches. In Singapore, cultured Norwegian butter is available at Fisk Seafood Bar & Market while an entire range from Hokkaido has hit the masses by way of Japanese discount retailer Don Don Donki. Those who still prefer their butter French though can still take heart that Secrets Fine Food stocks a healthy range of Bordier and Echire butter while Little Farms carries Pamplie butter — a homemade brand still made using a traditional churn. The Philippines’ chefs have been active on the dining circuit travelling to represent the country in food festivals and collaborations with other chefs abroad.  The result? Filipino cuisine is finally starting to register on the fine dining radar. It’s for good reason too as the food there is a confluence of cultures ranging from Chinese to Spanish melding with its indigenous flavours. Last year alone, Gallery Vask — placed 35th on Asia’s 50 Best List had a collaboration with Odette, showcasing the ingredients and dishes of the nation in a contemporary way.  The same thing transpired at Nouri when chef Jordy Navarra of Toyo Eatery swung by for a four hands lunch and dinner service. Years of negative press out of the Middle East has somehow, spurred a gastronomic interest in the region — at least according to market insight reports like those by Tasteology and Whole Foods. It comes in tandem with the rising number of refugees heading West and a sociopolitical climate that looks to understand the humanity behind every tragedy. The food that we forecast to emerge will go beyond the usual hummus, kebabs and falafels but instead, focus on regional specialties from places like Palestine, Lebanon and Syria. Expect to see more ingredients like harissa — a Maghrebi chilli paste and za’atar, a blend of herbs mixed with sesame seeds and salt integral to flavouring meats and even pita breads of the region. 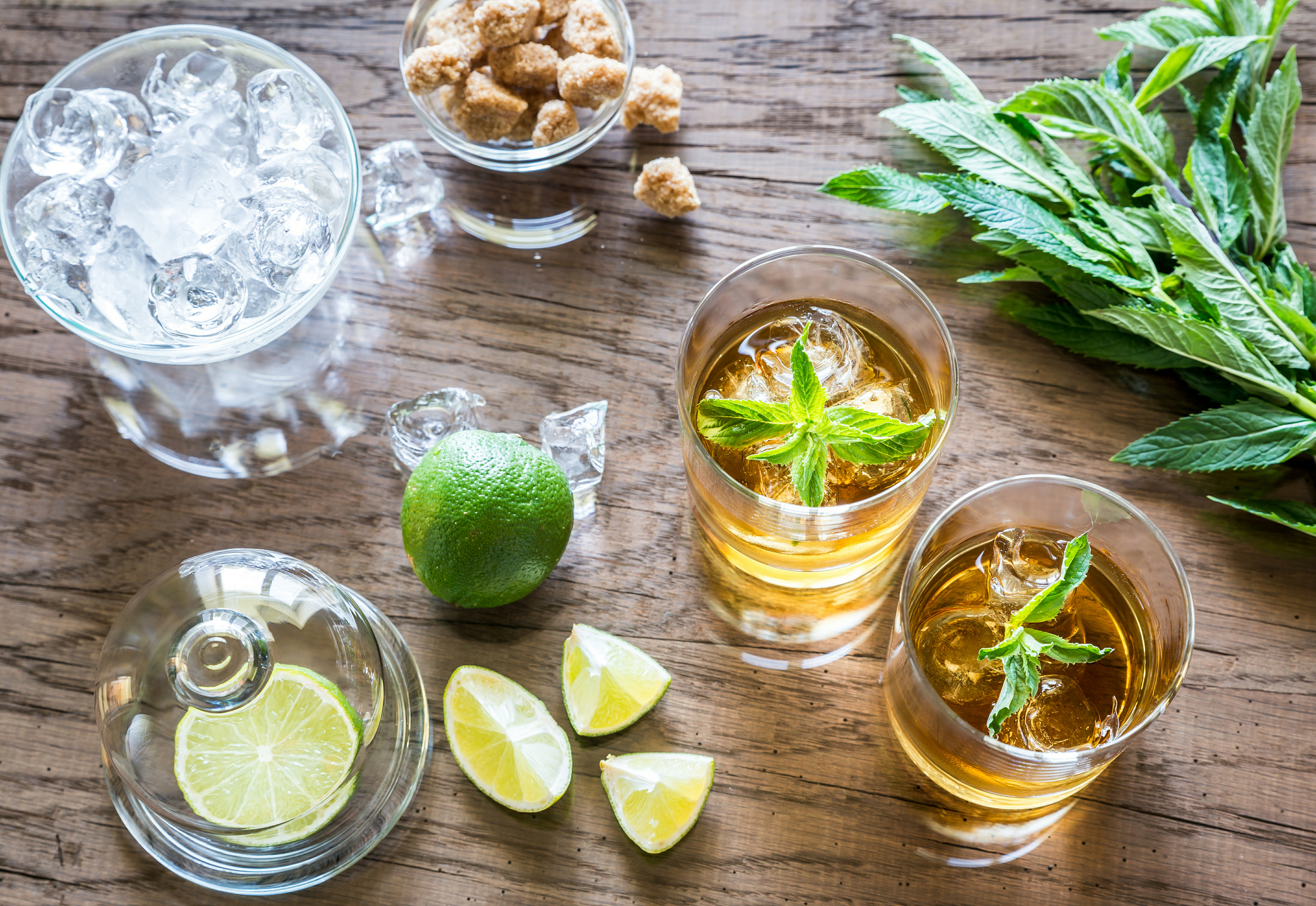 U.S. and Mexico have always been hotbeds for agave spirits, but the growth of this particular category is now spreading across the globe, in part thanks to the growth in exposure of smaller distillers that make tequila, mezcal and raicilla and more, which all stem from the agave plant. These spirits are no longer locked down in party-shots-only purgatory as bars move to include agave spirits as cocktail bases, or offering flights where they can be sipped on neat. Though America still drives much of the demand, we see the roots taking hold in Singapore as well. Bars like Manhattan, Atlas and more have beefed up such options on the menu, and the stellar reception received by Junior’s first Mexican spirits-only concept, Norma, proves Singapore is primed for agave’s ascension. 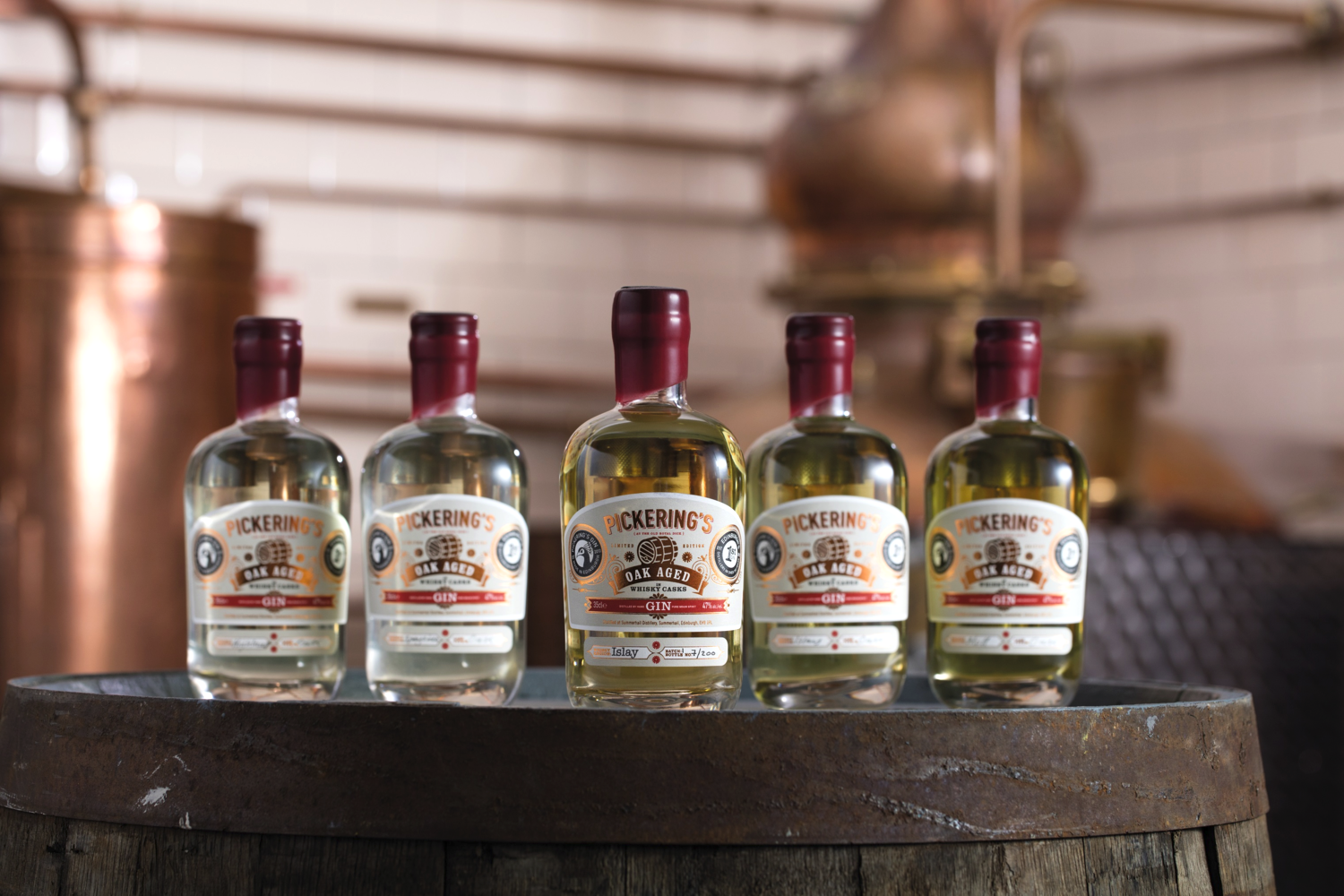 7
Barrel-aged gins are in

Gin’s resurgence is nothing new, but the last year has seen a curious rendition of the white spirit gain ground — barrel-aged gins. These are even older than the traditional London Drys or non-traditional gins, dating back to the 18th century, where gin was still notoriously dubbed “Mother’s Ruin” in Great Britain. Gin used to be stored and sold in barrels, acquiring a yellowish tinge and spicy, oaken notes that enhances its herbaceous profile. With the rise of craft gins, barrel ageing the liquor in ex-whisky or bourbon barrels took off as distillers looked to the past for inspiration. While barrel-aged gins remain rooted in the small-batch spirits domain, big brands like Beefeater and Bacardi have hopped on board too. It feels like the year where more behemoths follow suit. Singaporean consumers are creatures of habit. Going to a bar is typically an after-hours activity, but more establishments are gearing to entice the all-day crowd by expanding their repertoire beyond alcohol, delving into food, coffees, and a broader selection of low ABV aperitifs on the cocktail menu. Atlas is a notable example, alongside Publico, a deli by day that transforms into Italian-concept cocktail bar, Marcello, by night. Soon-to-open Caffe Fernet by the Jigger & Pony Group is follows a similar model, serving mod-Italian food, coffees and cocktails from open to close. It is definitely a prudent way to maximise space, and heavy local rent costs, while catering to a wider range of consumers. We anticipate more to come. 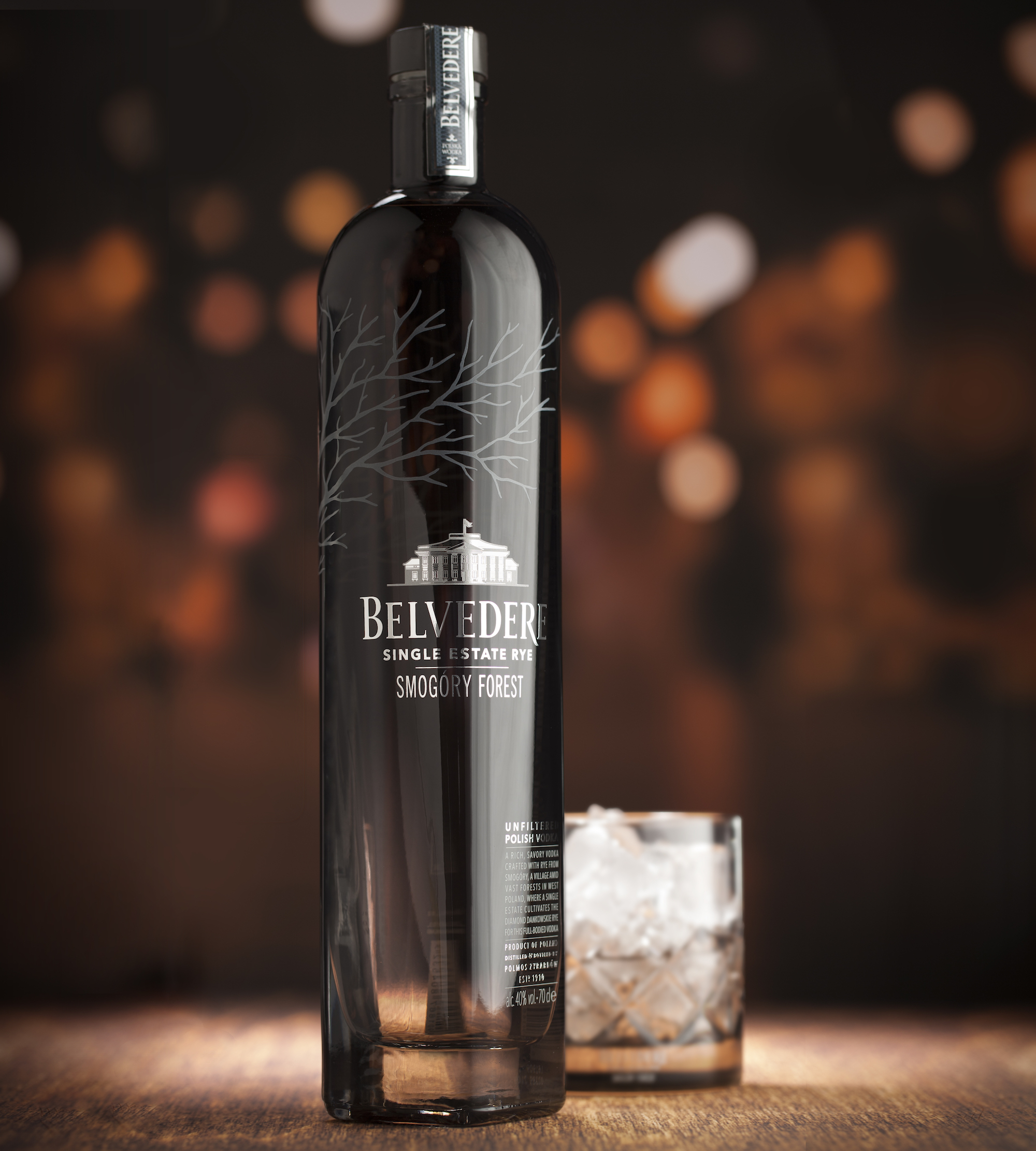 Will vodka remain the fuel for regrets and in an unhappy marriage with sugary juices for time immemorial? All signs point to no in 2018. As with any spirit, bad permutations of vodkas exist, and have an unfortunately large market share, but this might change as vodka producers are embracing the appeal of regionalisation. Labels like Social House from North Carolina, and Till Vodka from Kansas utilise the finest raw ingredients from the land to imbue its product with smoother flavours, as well as the appeal of “authentic” craft that consumers adore. Beyond America, vodka giant Belvedere, launched its Single Estate Rye series last October, comprising two vodkas that exemplify the terroir of Poland, where each is made. As more vodka regions gain appellation status, with the most recent being Estonia, we’re prepared for the grain spirit to break bonds with sodas and its shoddy reputation, maturing into a standalone gem. 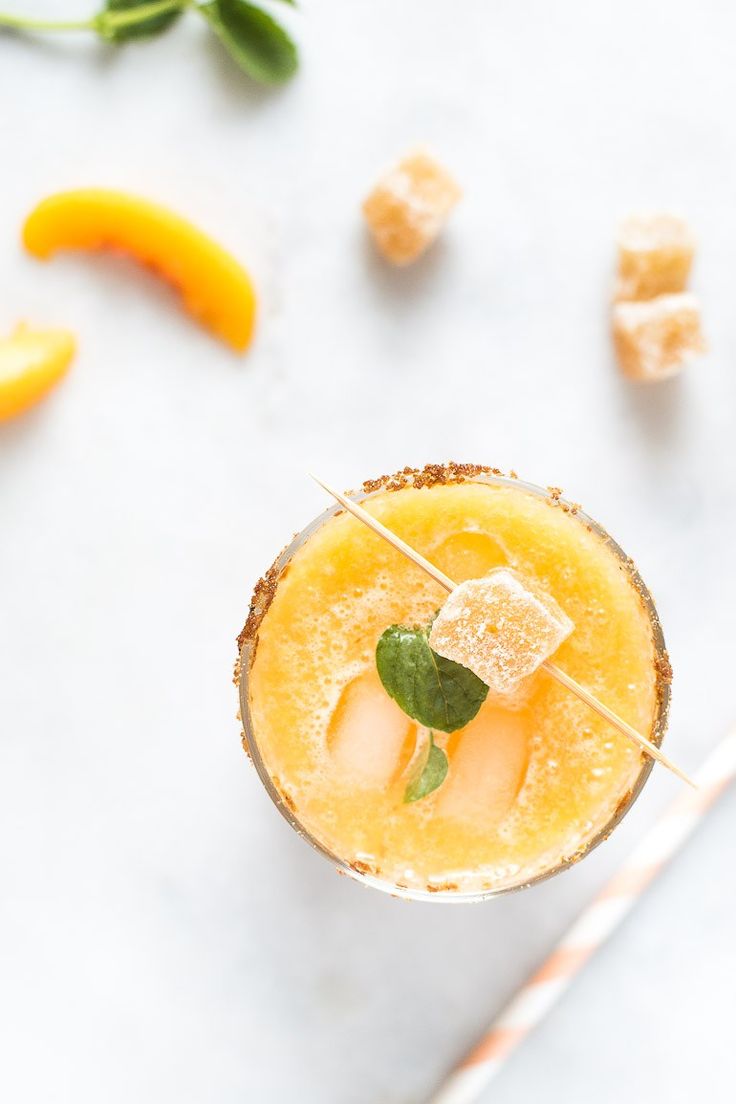 Kombucha and kefir remain the backbone of the health beverage movement abroad, and have curiously invaded the cocktails sphere as well. The naturally sour, fizzy probiotic powerhouse has become a budding partner for spirits in sour cocktails and the fact that it’s good for you doesn’t hurt. The rise of kombucha has also inched bartenders towards experimenting with fermented ingredients in their concoctions. Locally, the folks behind Native have turned to fermenting its own sticky rice koji for use in cocktails, while the sustainable champs at Operation Dagger have a slew of beverages fermented in-house on the menu, one of which is Orange Wine – a mix of orange fruits left to make magic with yeast for seven days before it is served up as wine.