Regardless of what Christmas means to you, we can probably all agree that it is a time of celebration, family and feasting. Be it a quiet, intimate home-cooked meal with your loved ones, or a big, boisterous gathering at a fancy restaurant, it’s always fun to bond over delicious food. And of course, who can forget the delectable roasted turkeys — a highlight of every Christmas banquet? Typically served with gravy and chestnut stuffing, the fowl has always been synonymous with the Yuletide season.

The turkey’s role as a festive staple, is believed to date back to the 19th century, during the reign of British King Edward VII. The king apparently adored the bird’s tender and juicy meat so much, he wanted it on his royal table during Christmas. This sparked a trend, though not everyone could afford to eat turkeys because the poultry was considered a luxury till the ’50s.

Today, the bird has become a ubiquitous item during the Christmas period. Restaurants have even introduced unconventional trimmings and marinades that go beyond the usual cranberry and chestnut. From a tandoori rendition to a decadent variation wrapped in bacon, here are 5 turkeys worth trying.

Known for its hearty Indian cuisine, Punjab Grill offers a Tandoori turkey for takeaway this Christmas. The turkey is marinated with yoghurt and spices, stuffed with truffle rice and grilled in the tandoor, resulting in succulent meat and a gorgeously charred exterior. Orders close 31 December, and must be placed two days in advance.

Covered in salty bacon and slow-roasted over maple wood, InterContinental Singapore’s turkey is an indulgent treat bursting with salty, sweet and smokey flavours. The bird is accompanied by sides such as winter vegetables, charcoal-baked potatoes, mushroom stuffing and giblet gravy, and is available for takeaway until 25 December. 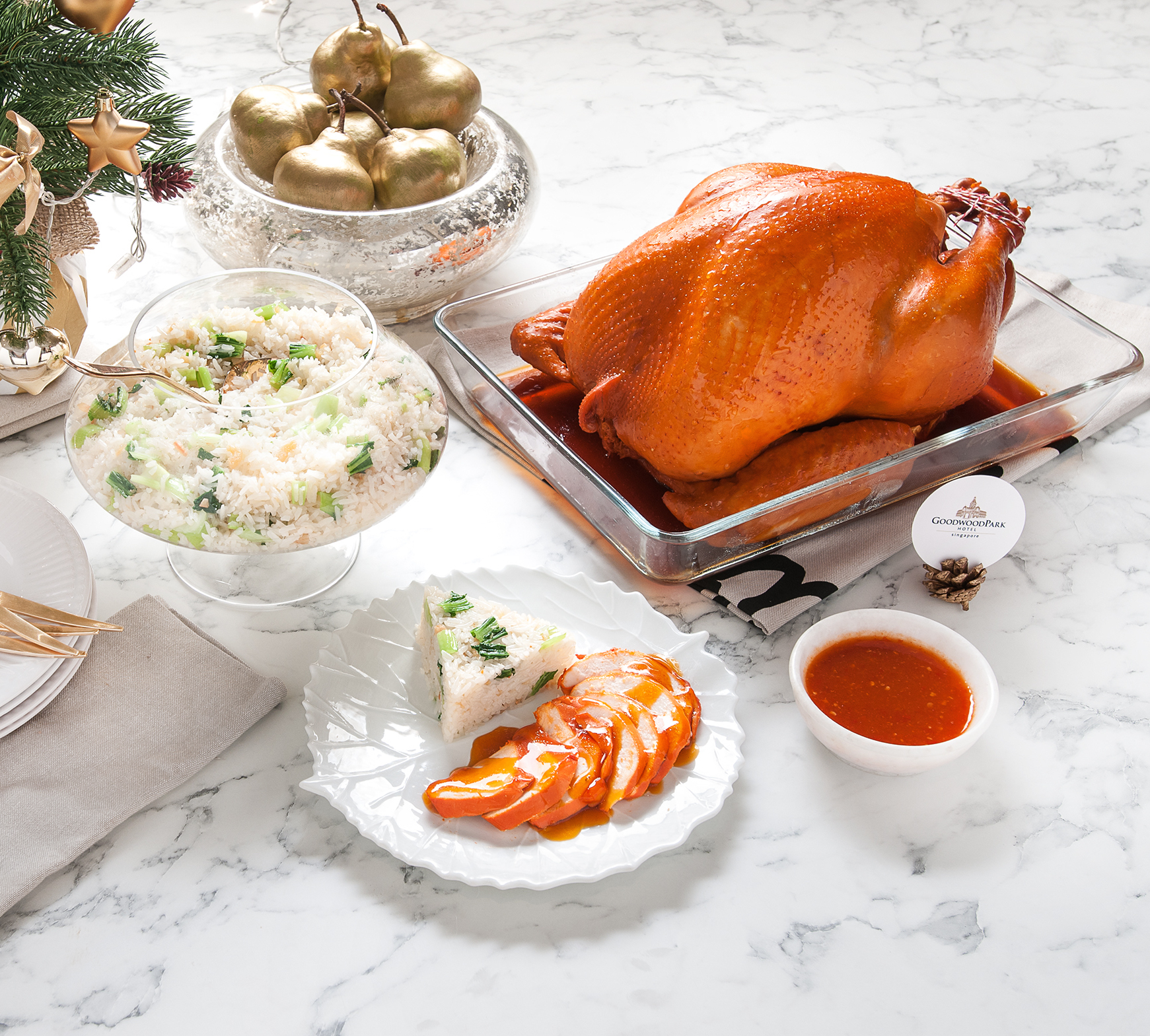 Turkey is often associated with Western cuisine, due to its trimmings such as gravy, cranberry sauce and chestnut stuffing. But Goodwood Park Hotel has eschewed tradition by dishing up an Asian-inspired “Wu Xi” turkey dish, where the bird is braised with red yeast rice, red dates and various spices for some two hours. Available for takeaway until 26 December, the turkey even comes with chilli sauce and Shanghai-style vegetable fried rice speckled with dried shrimps. 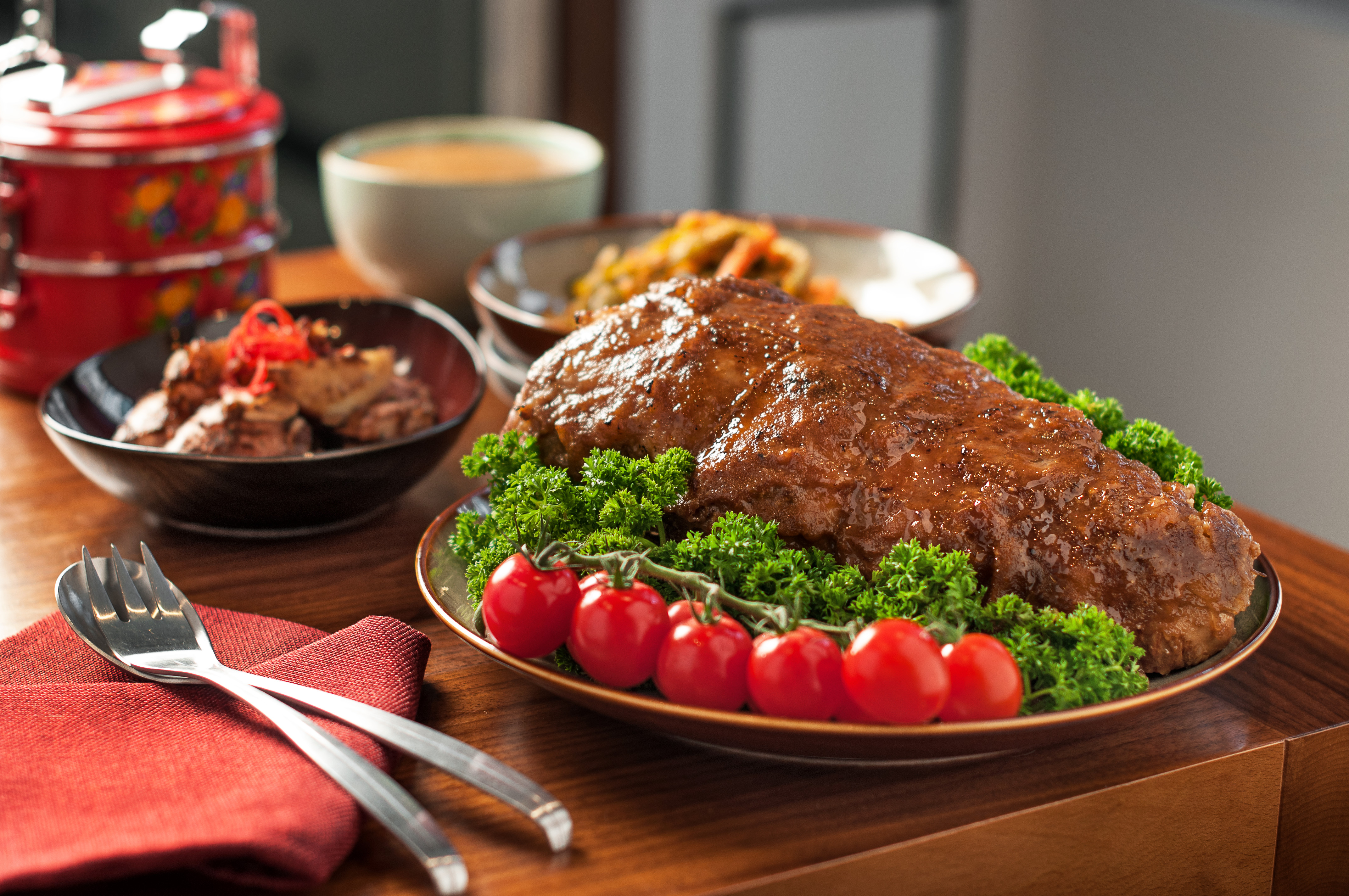 The Christmas staple gets a Peranakan update at Baba Chews, which has rolled out a Turkey Breast ’Sio’ dish inspired by Itek Sio (Nyonya braised duck). The scrumptious concoction comprises a 2 kh turkey breast slow-baked for 90 minutes for tamarind and coriander seasoning until it’s tender and tasty. It is then glazed with a plum and shallot sauce, and served with homemade achar (pickles) and potatoes roasted in rempah spice paste. The turkey is available for takeaway until 23 December. 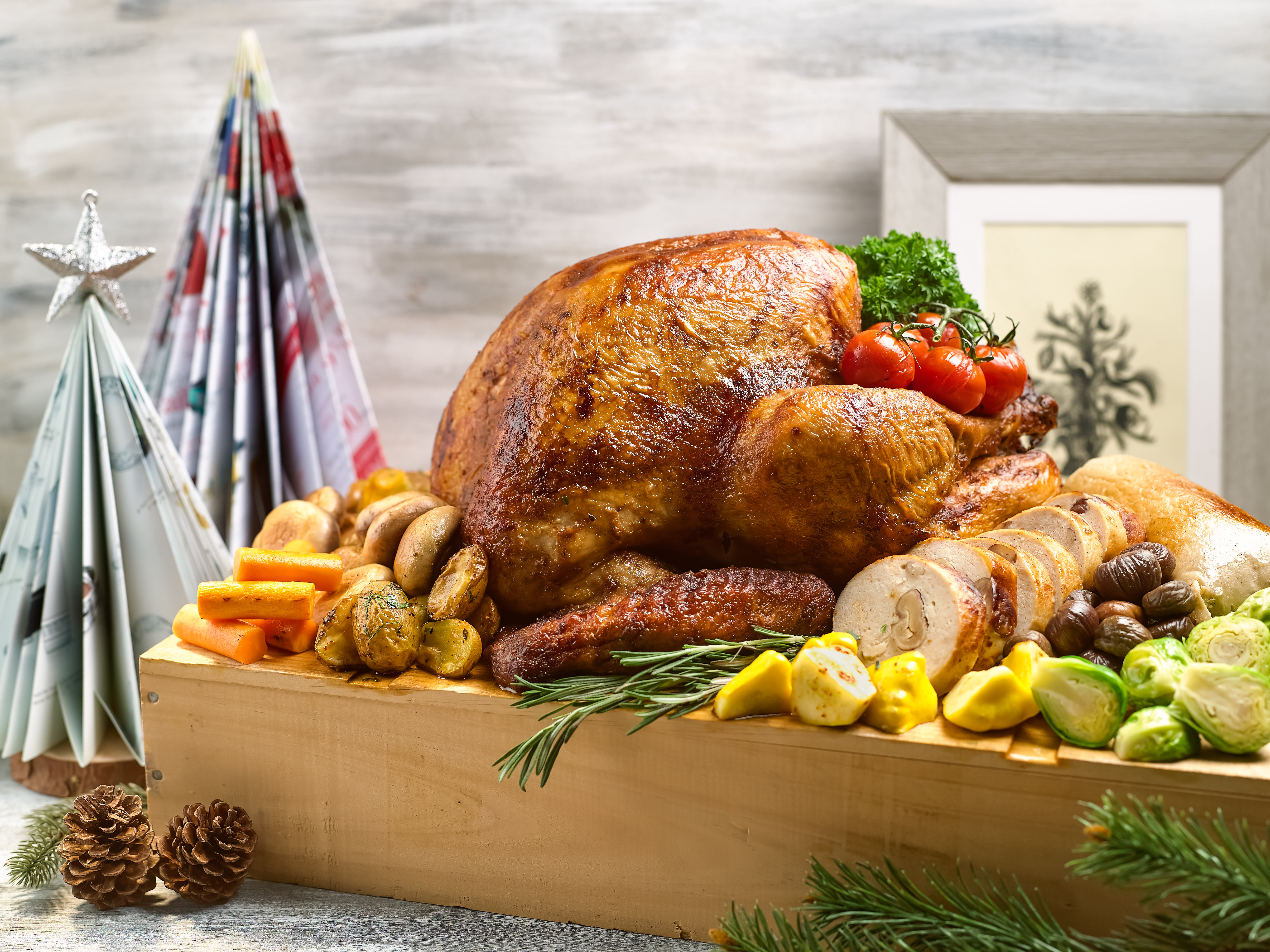 If all you crave for is a regular turkey with all the usual trimmings, head over to Lime Restaurant’s takeaway counter. The hotel offers a whole roasted and deboned turkey with accompaniments of seasonal vegetables, chestnut stuffing, and apple and cranberry sauces. If you’re planning for a bigger feast, get its “Wonder-full Celebration set”, which includes a honey-baked ham. Place your orders by 25 December.