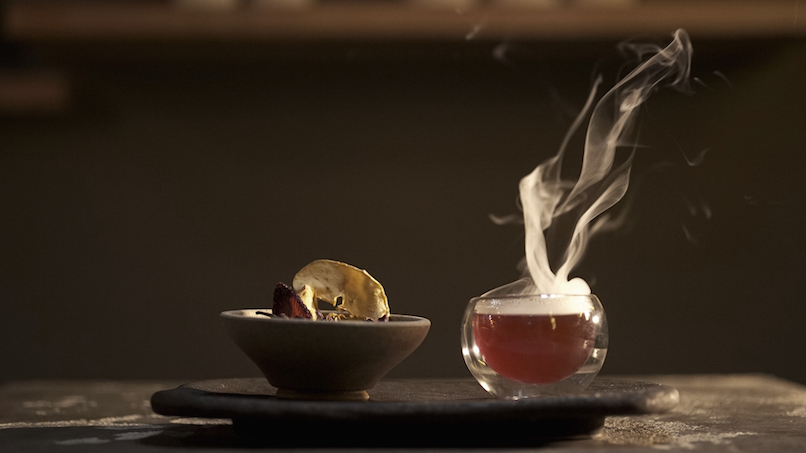 When it comes to leftovers and surplus food , it’s always easier to just throw them away. After all, not many of us really think about where the waste goes after that. So it’s not too surprising that last year, Singapore disposed of a staggering 785,500 tonnes of food — of which only 13% was recycled.

But simply letting all our food waste go to landfills can be harmful to the environment, because the waste emits methane upon decomposition, contributing to global warming. In response to this, a growing number of hotels and restaurants have turned to recycling and reusing waste ingredients, as well as donating surplus food — all of which is better for everyone involved.

Compost for a cause

Fairmont Singapore and Swissôtel the Stamford, for instance, recycle their food waste by composting. This is done using an Eco-Wiz Dry System Model DV100 machine, which can handle 100kg of food waste such as raw vegetable scraps and peelings, on a daily basis. It converts 5 percent of the waste into compost — which is later used as fertiliser for the hotels’ shared herb garden — and the rest into liquid.

Doing this helps to reduce the hotels’ carbon footprint and food costs, says the their Executive Chef Robert Stirrup. “It is always important to think of the long term effects on our future generations, and to provide for a more sustainable future.” The hotels also monitor their ordering and production schedules for breakfast, to ensure they don’t offer excessive amounts of food that would otherwise go to waste.

Other advocates of composting include restaurants Pizzeria Mozza, Open Farm Community and Oxwell & Co. The latter has installed a compost bin on its roof, where food trimmings are left to decompose inside with the help of fungi and worms, and the resulting compost is used to fertilise the restaurant’s rooftop garden.

“Our goal is to contribute and get the momentum of recycling going in the community,” says Nick Scorpion, Head Chef of Oxwell & Co. “Since we have the materials and space to do composting, we can start small and join in the green movement to possibly pave the way for others to follow suit in the future.”

Composting isn’t the only eco-friendly option. At The Westin Singapore, waste cooking oil is recycled and transformed into biodiesel used to power two of its Jaguar limousines. The hotel generates some 7,800 kg of waste cooking oil annually, which is refined at a micro-refinery on its fifth floor and can produce enough biodiesel for a distance of around 150,000 km. This project is the result of a collaboration with Alpha Biofuels.

“We embrace our responsibility for environmental stewardship and continually look at ways of integrating leading environmental practices and sustainability principles into our business operations,” says Lance Ourednik, General Manager of The Westin Singapore.

Another innovative way of cutting down on wastage is by reusing leftover ingredients such as meat trimmings or fruit rinds in dishes. One such proponent is speakeasy Operation Dagger, which serves bar bites such as pickled watermelon rind and provides hollowed-out vanilla pods as straws.

Leftover pineapple rind is fermented with sugar, hops and yeast to produce a beer called Tepache, while champagne that has lost its carbonation features prominently in the bar’s pear-infused Fallen Fruit cocktail.

“I think a lot of the time with bars, the focus is so much on the alcoholic components that the other ingredients get forgotten. Only certain parts of these ingredients are used for drinks and the rest is thrown out, because the menu hasn’t been structured in a way to allow for their complete use,” says Operation Dagger’s Head Bartender Luke Whearty.

So dedicated is the bar to this cause, that it even held a workshop titled Potential Wasteland during this year’s Singapore Cocktail Week. There, participants learnt about incorporating waste ingredients in drinks. “A big misconception is that using waste ingredients means it has been fished out from the garbage. This is not the case. It simply means utilising ingredients to their full potential, and finding uses for things that may normally get thrown away,” explains Whearty.

Apart from reducing and recycling, there is another way to cut down on wastage: Donating food items to non-profit organisations such as The Food Bank Singapore and Food from the Heart. The latter collects bread donations from bakeries such as Swissbake and Prima Deli, as well as non-perishable food items from corporations, and distributes these to the underprivileged.

“The public can always play a part in minimising food waste by just purchasing the necessary amount of food. If there is excess, donate it to a charity like us, so we can share it with other people who really need the food,” says Food from the Heart’s Executive Director Anson Quek. The charity reached around 25,000 beneficiaries last year, with over SGD$4 million worth of food and bread donations.

Similarly, The Food Bank Singapore collects donations of unused food and channels these to over 160 member beneficiaries including family service centres, charities and VWOs. These beneficiaries in turn distribute the goods to the needy.

Items sent to the organisation must be non-perishable, unopened and with at least four weeks of shelf life. Next month, it will launch a food truck project to transport cooked food and fresh produce such as fruits and meats to the needy.

Co-founder Nicholas Ng believes that more needs to be done to raise awareness about donating food: “There’s the lack of knowledge of what to do with surplus food items. They are currently being dumped at incinerators at Tuas. At the current rate, Singapore will require a new incineration plant every seven to 10 years, and a new landfill every 30 to 35 years.”

Even the government has ramped up efforts to encourage Singaporeans to recycle and reduce food waste. Last year, the National Environment Agency launched a nation-wide campaign to minimise food wastage and released a guide on meal planning and incorporating leftovers in dishes. In January, it also started a waste recycling pilot scheme in two hawker centres.

At the end of the day, everyone has a part to play, be it through recycling food waste, reusing leftover ingredients or donating excess food to those in need. As summed up by Head Bartender Luke Whearty of Operation Dagger: “Food waste is bad for the planet’s health. In terms of running a business, minimising waste makes sense economically. But ultimately, the main issue is to reduce our footprint on the environment.”

Do your part for the environment by visiting these places: