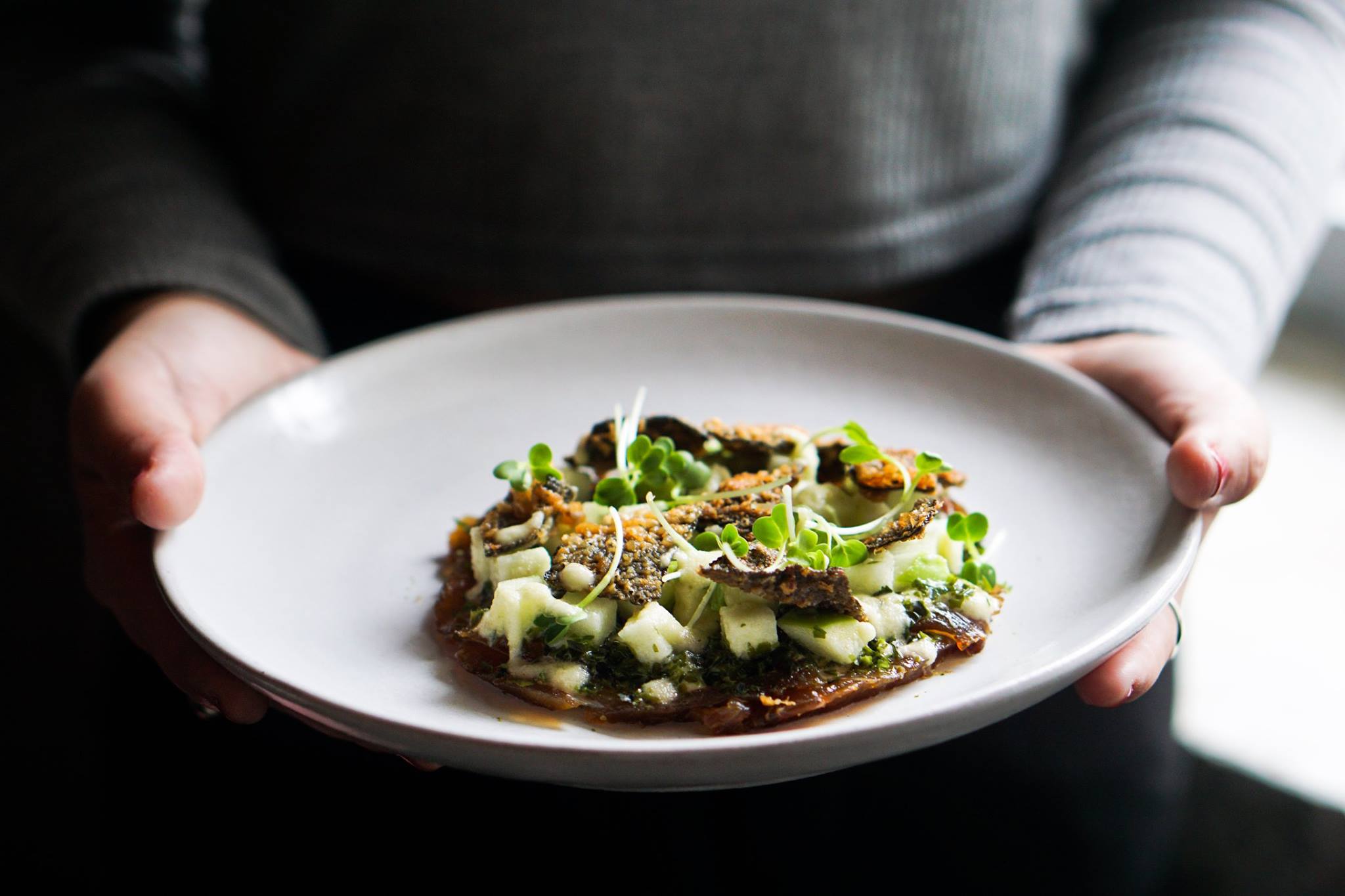 We’re still reeling from the excitement over the past weekend’s Singapore Grand Prix. Britain’s Lewis Hamilton emerged tops in the adrenaline-packed race, while favourites Sebastian Vettel and Kimi Raikonnen put on a disappointing performance when they both crashed out in the first lap. For spectators who attended the Formula One for its post-race concerts, we can probably all agree that DJ Calvin Harris sure put on a memorable closing show, with tunes that kept us dancing through the night.

F1 thrills aside, there’s something else that has got us all excited for the week ahead: The thought of trying new dishes at some of Singapore’s trendiest restaurants and dining concepts. In this edition of In Good Taste, we suss out squid ink seafood fideuà at Gaig Restaurant, and seabream sashimi at Neon Pigeon, as well as mark our calendars for Perrier-Jouët and Wooloomooloo’s collaboration on 28 September.

The dish: Dig into this hearty dish, which features short vermicelli noodles cooked in fish stock — so every strand is laced with umami — and presented paella-style.

The place: This newly opened Spanish restaurant in Telok Ayer is an outpost of its eponymously named one-Michelin-starred eatery in Barcelona. It serves up Catalan cuisine.

The dish: In this new creation by Neon Pigeon, seabream is cured in tamari shoyu for a firmer texture, before being brushed with green yuzu koshu oil (consisting of fermented chilli with a tinge of yuzu). Finally, it is combined with green apple salad and sprinkled with crunchy tempura bits.

The place: This casual joint along Keong Saik Road has launched a new autumn menu of Japanese-inflected dishes such as tsukune (chicken) meatballs and wasabi leaf salad.

The dish: Don’t let its unassuming presentation fool you. This simply plated dish comprises succulent Boston lobster that’s baked to perfection, smeared with tarragon butter, and served with a side of crispy leeks. It’s the second course in Perrier-Jouët’s upcoming collaborative dinner with steakhouse Wooloomooloo, and is matched with a flute of Belle Époque 2008. The dinner takes place on 28 September and is part of the champagne brand’s ongoing Season of Gastronomy — a series of dinners held in some of Singapore’s finest restaurants. These dining events are set to take place till summer 2018, and all come paired with the rarest vintages of Perrier-Jouët champagne. Click here for more details.

The place: Located at Swissotel the Stamford, Wooloomooloo is a popular spot for its steaks — so you can expect to feast on a juicy Sanchoku wagyu rib eye as part of its upcoming collaboration with Perrier-Jouët. That said, the eatery also whips up rather solid seafood, which makes its lobster dish equally tempting.