Where to get the best Hainanese curry rice in Singapore

Here’s a head’s up: Hainanese curry rice is not from Hainan, China.

Similar to chicken rice, the dish was borne out of Hainanese immigrants who arrived in Singapore. The people, who were then mainly employed as chefs by wealthy Peranakans and British families, started integrating the elements of their employers’ signature dishes into what we know as Hainanese curry rice today.

For instance, the iconic pork chop was taken from British cuisine, while other components like the chap chye and the curry chicken were adapted from Peranakan homes. When the Hainanese branched out to form their own eateries that catered to this dish, it was also then when they started calling it “scissors cut rice”, a reference to the way they would use scissors to cut up the components in the dish for easy dining.

The dish, especially for first-timers, may seem like a mess: steamed white rice forms the base of the plate, which is then blanketed by a mixture curries and finished off with a crown of fried meat and vegetables.

What a glorious mess indeed.

The sloppy dish sees many variations, and diners usually get to pick their choice dishes to go with their rice (if you’re not sure what to get, the pork chop, chap chye, fried egg and the squid are our favourites!).

Read on for the best plates of Hainanese curry rice in Singapore. 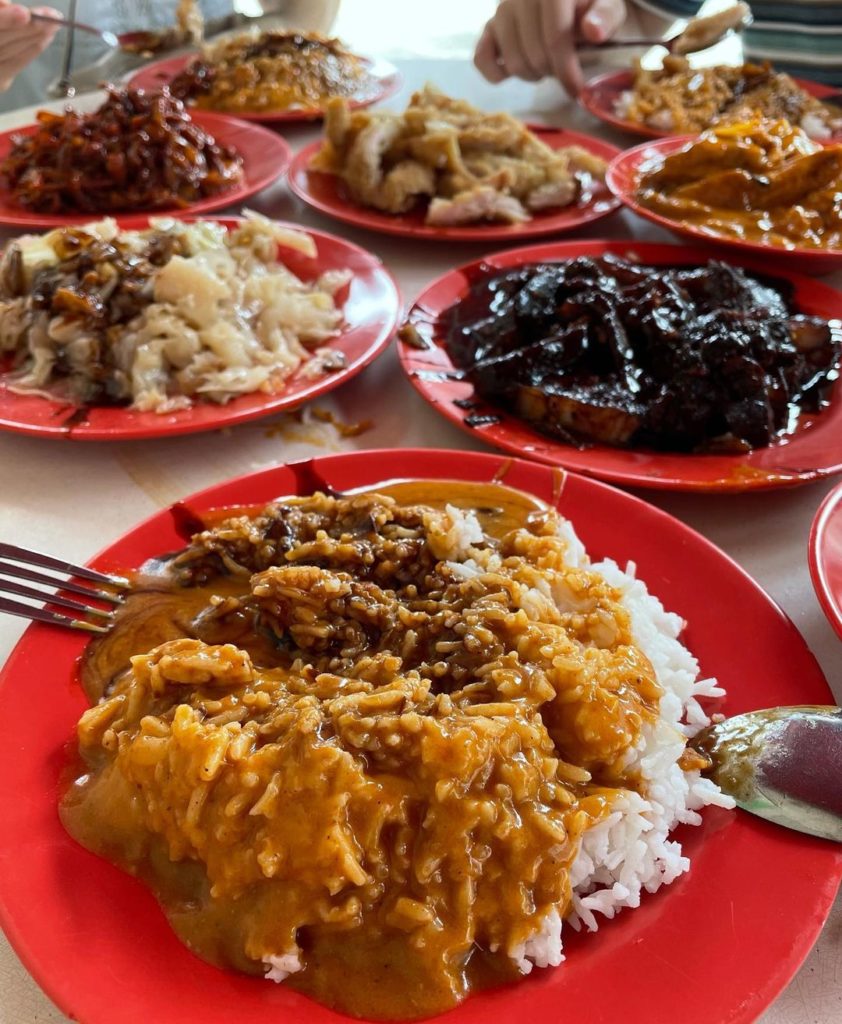 Beach Road Scissors Cut Curry Rice is a familiar name to many in the neighbourhood. Besides, where else can we head to for a good sloppy mess after midnight? The humble stall operates till three daily, and was the best spot for those looking for grub after clubbing or fighting jet lag. While we might not be able to do any of those two things yet, one thing remains the same: thick, mildly spicy curry smothering your rice that pack a ton of flavour. 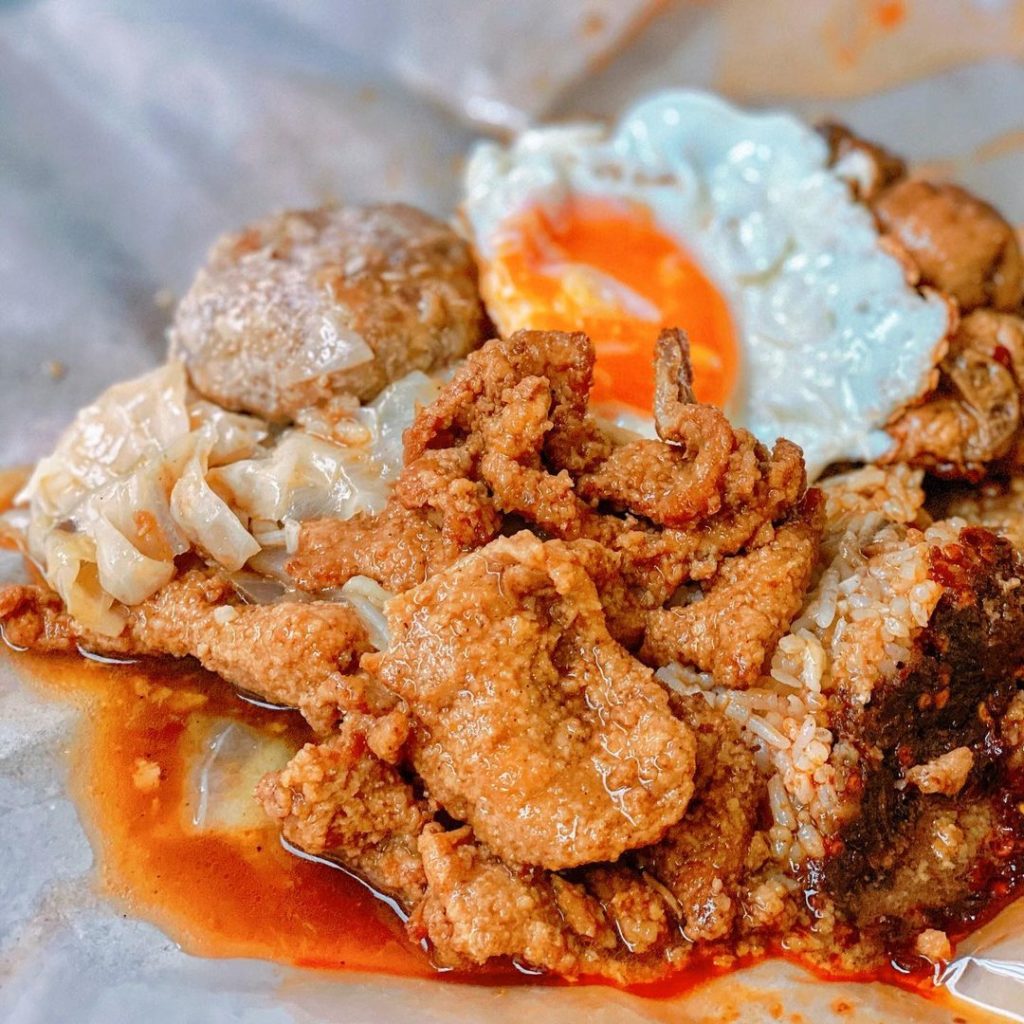 If you’re looking to dine at Sin Chie Toke Huan, come early. As it opens its doors to diners officially at 6pm, you’ll find a snaking queue forming outside the eatery. Besides your regular pork cutlets and chap chye, you’ll find that the prawn paste chicken is a hot favourite amongst loyal fans too. To wash down your meal, a bowl of refreshing, traditional chendol is available for order.
(Image credit: @ghostguan via Instagram) 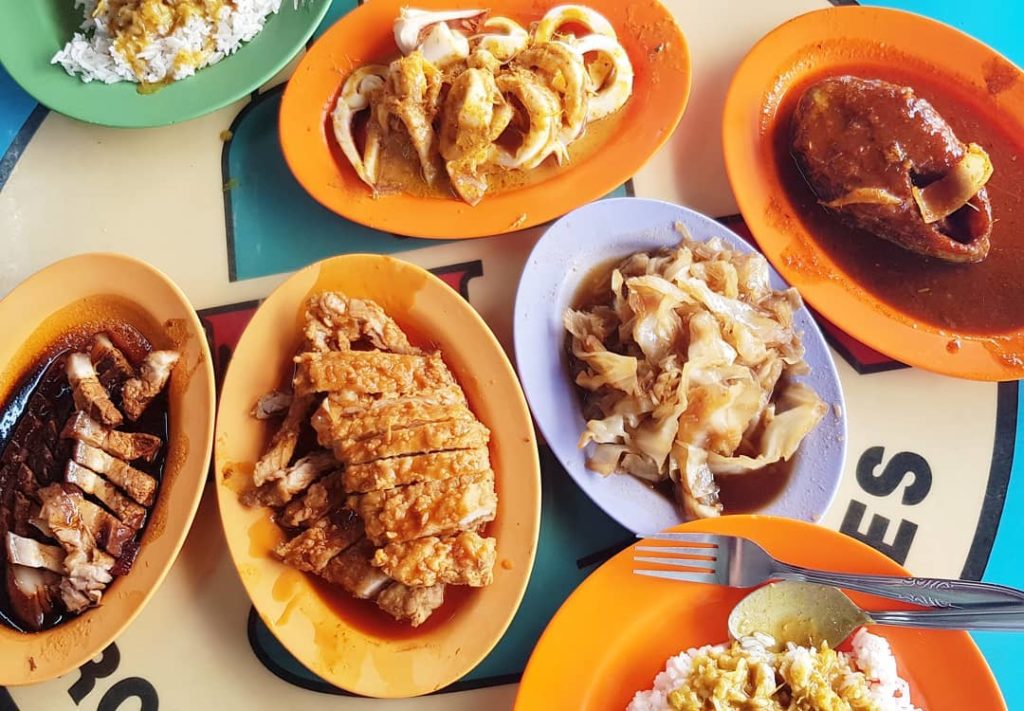 Anyone who knows where to get a mean serving of Hainanese curry rice knows the standard answer to this question: Loo’s Hainanese Curry Rice. The diner, founded in 1946, has been using the same traditional Hainanese curry recipe that popularised the eatery back in the day, making it a nostalgic stop for many regular diners. The incredibly aromatic curry, coupled with popular dishes like the sambal squid, are just some reasons why guests come back again and again. 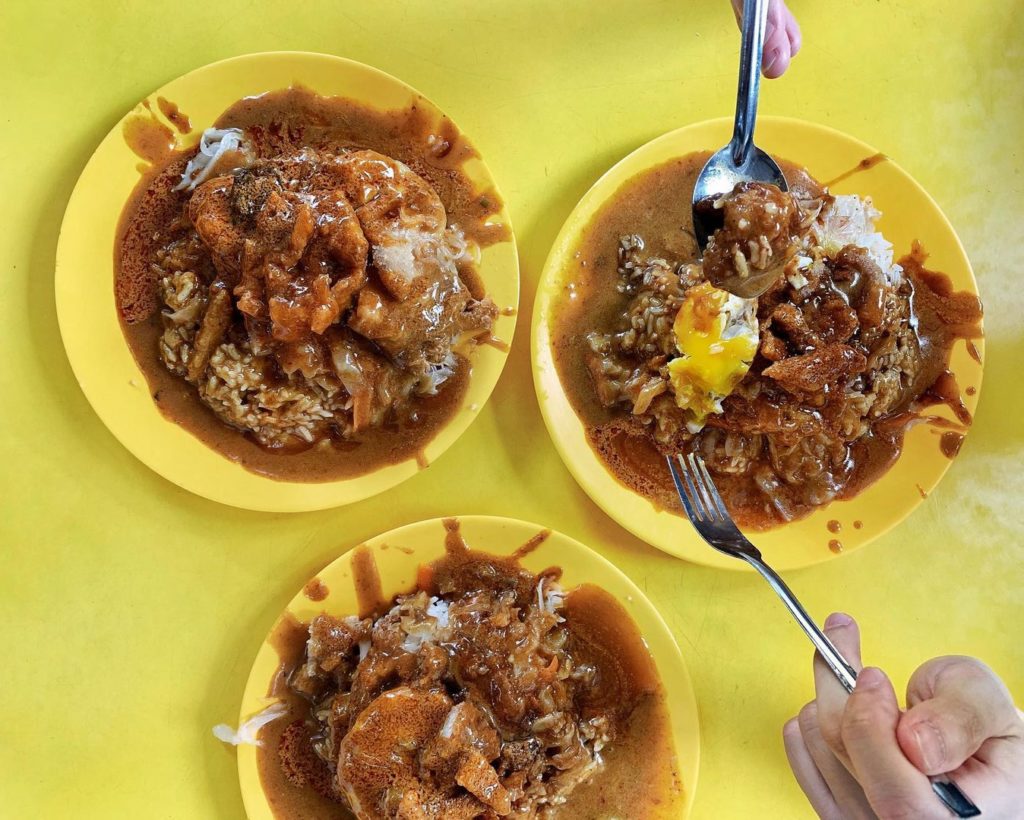 You won’t be heading to Eleven Fingers (Eu Kee) Scissors Curry Rice just once after your first visit. Think generous finger-licking curries, home-cooked braised pork belly, and great service to top the experience off with. 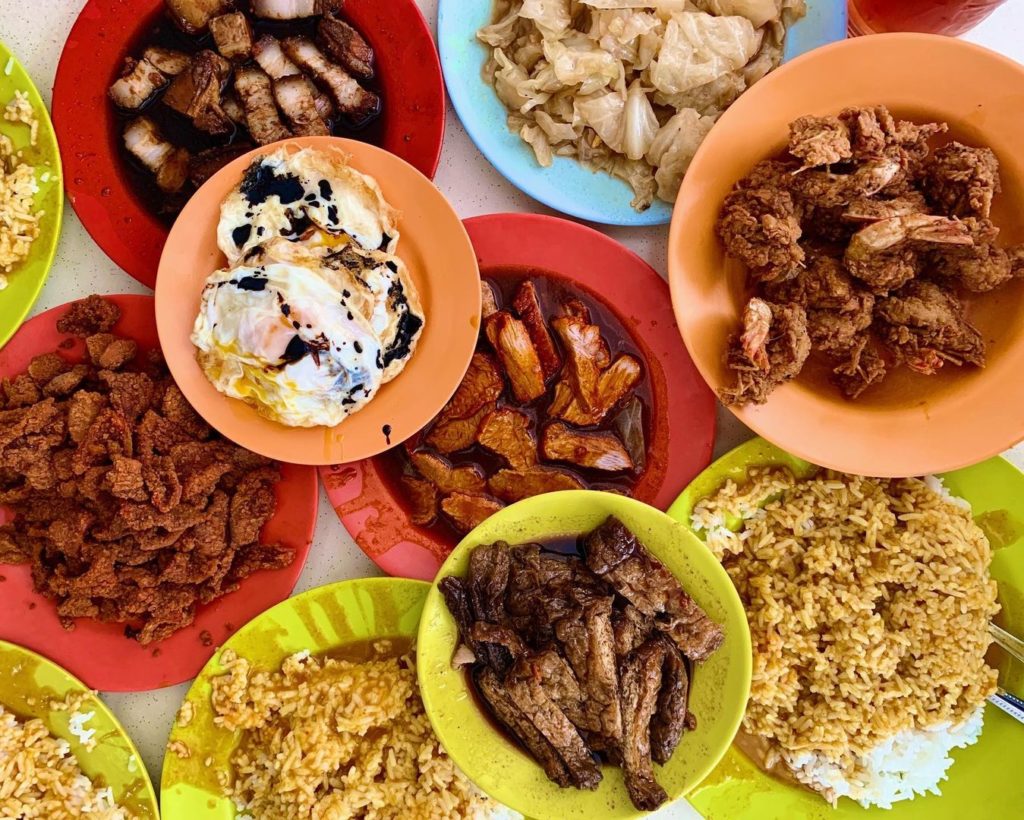 We have to make a disclaimer: Beo Crescent Curry Rice isn’t the stall’s actual name. In fact, it doesn’t have a name at all. Nestled in a discreet corner of a Tiong Bahru coffee shop, you’ll find tables full of small plates that come from this modest locale. Here, every component of the curry rice is made with expertise — from the crunchy cereal prawns and addictive crispy pork pieces to the trio of sauces on your rice, it’s safe to say that this is a permanent spot on the list of many Hainanese curry rice aficionados.

Singapore Heritage Food Hainanese food Hainanese Curry Rice
Jocelyn Tan
Writer
Jocelyn Tan is a travel and design writer who's probably indulging in serial killer podcasts or reading one too many books on East Asian history. When she actually gets to travel, you can find her attempting to stuff her entire wardrobe into her luggage. Yes, she's a chronic over-packer.
Travel Design