Our hit list of heritage Hainanese diners in Singapore

If you’re muttering “Isn’t it just Hainanese chicken rice,” under your breath now — we’re here to prove you wrong.

Before we get started, here’s a quick history behind Hainanese cuisine in Singapore. Compared to the Hokkiens, Teochews and Cantonese in China, the Hainanese were among the last to arrive in Singapore. Due to their difficulties in communication and comparatively underprivileged backgrounds, many ended up as cook boys and waiters in the British and Peranakan households.

While these positions might have deterred many, their occupations proved to be an advantage for the community: the Hainanese became the first Chinese in Singapore to master Western cooking and table craft, resulting in dishes like Hainanese chicken rice, fried pork chop, meat pies and Hainanese steamboat. They eventually ventured into the F&B and hotel industry on their own in the post-WWII years.

Now, read on for the full list of heritage Hainanese diners we’re getting our fix from. 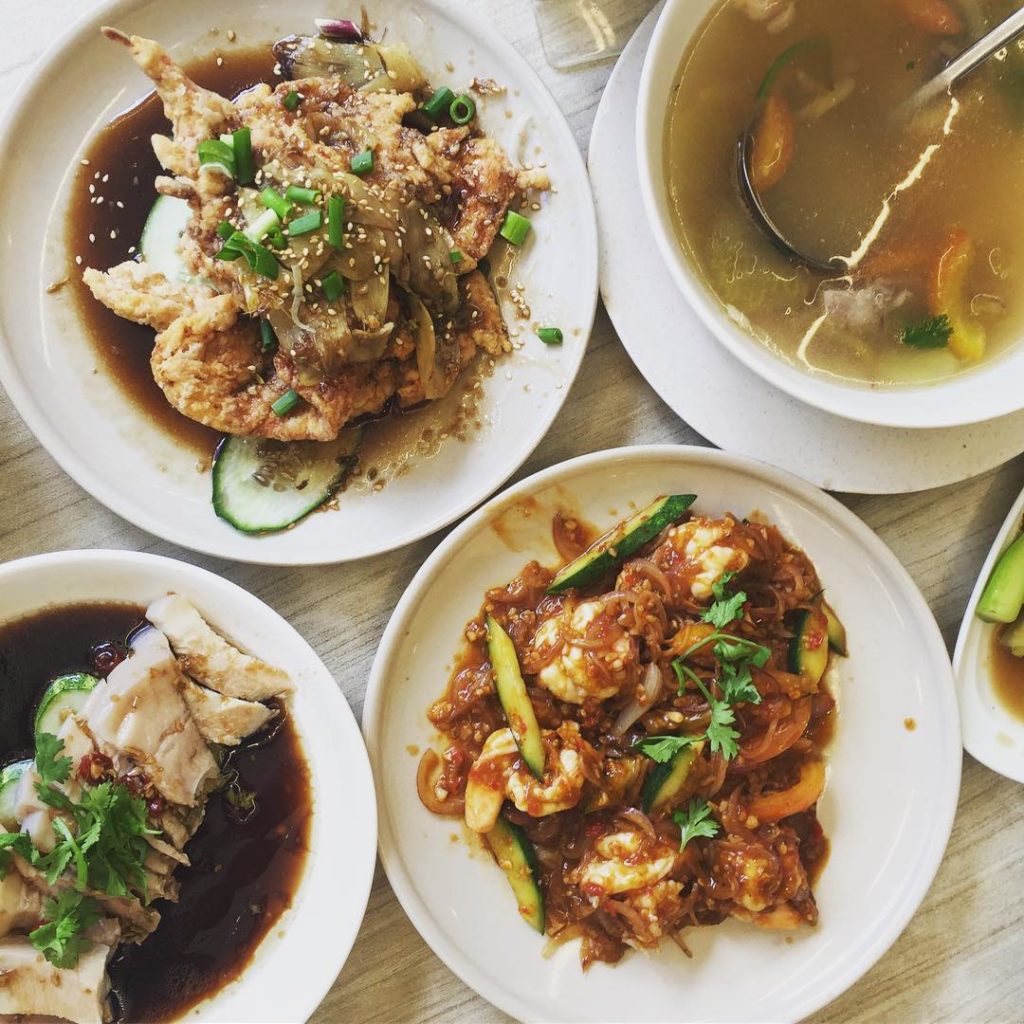 Family-run Cheng’s 27 (previously known as Cheng’s Delicacies) has been in operation since 1989, nestled in a cosy kopitiam along Tiong Bahru. Here, find hearty plates of Hainanese home-styled dishes for both lunch and dinner service, including the iconic Canned Pig Trotters Bee Hoon, a saucy plate that’s elevated with tons of wok-hei flavour. If you’re early enough, make sure to grab a bottle of their homemade kaya (best served chilled on top of some buttery soda biscuits!) and their crowd-favourite Gula Melaka Chiffon Cake to go. 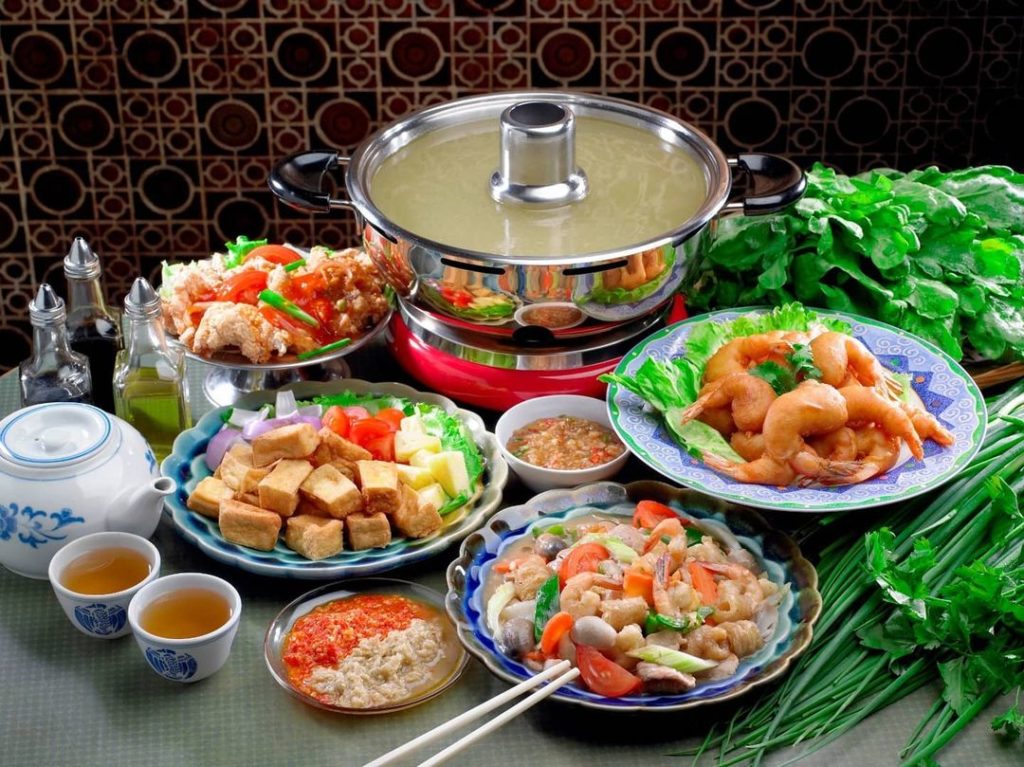 Golden Mile Thien Kee Steamboat was founded in 1952, in the colourful Bugis Street, but has since moved to the basement of Golden Mile Tower. You’ll be greeted chatters of Hainanese by guests and servers alike in the air, before being ushered to your table. Besides chicken rice, many diners here come for their classic steamboat — a rich chicken soup base that’s topped with an assortment of blood cockles, pork liver, pork slices, beef tripe, fried fish maw, sea cucumber, fish slices, squid and more. 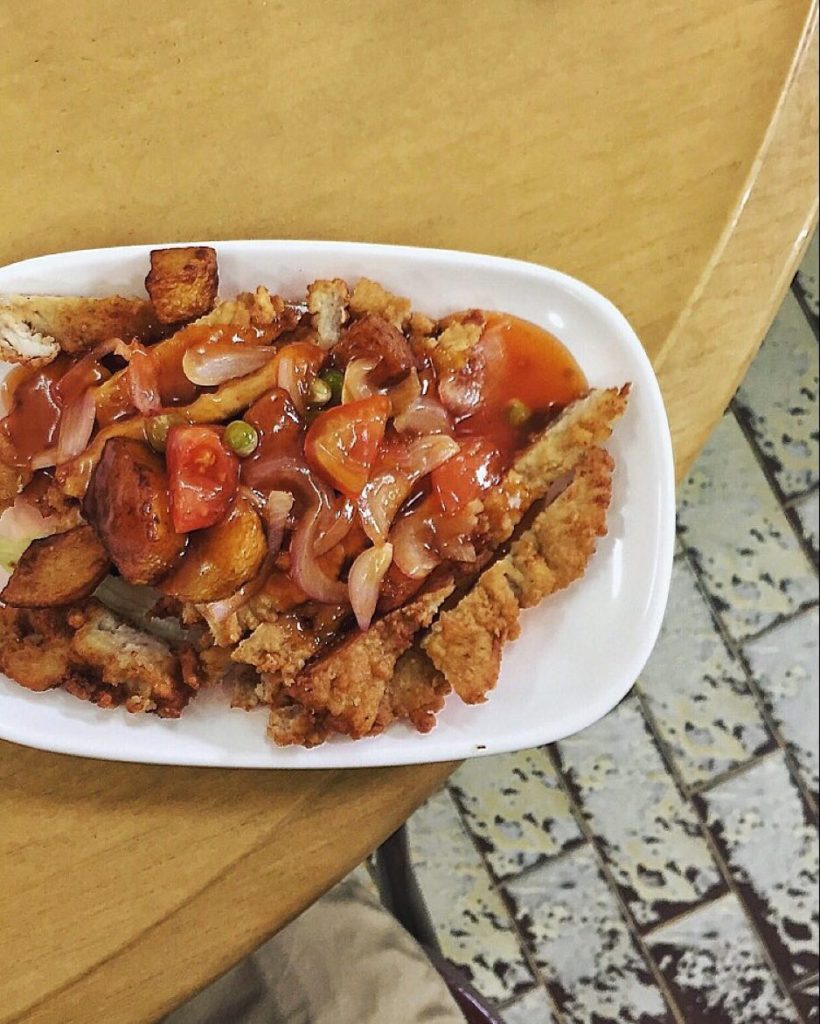 Easties won’t be strangers to Jin Wee Restaurant — an unassuming Kopitiam-styled eatery along Upper East Coast Road. On every table, you’ll be sure to find a serving of the diner’s Hai Nan Pork Cutlet a mountain of chopped pork cutlet drizzled in a tangy tomato-based sauce, complete with slivers of sweet onion and waxy potatoes. If you’re wondering what the giant clay pot is at the entrance of the shop, it’s home to individual chicken soup clay pots that have been simmering in the vessel for hours on end — resulting in fall-off-the-bone meat and a clear, comforting broth packed with flavour. 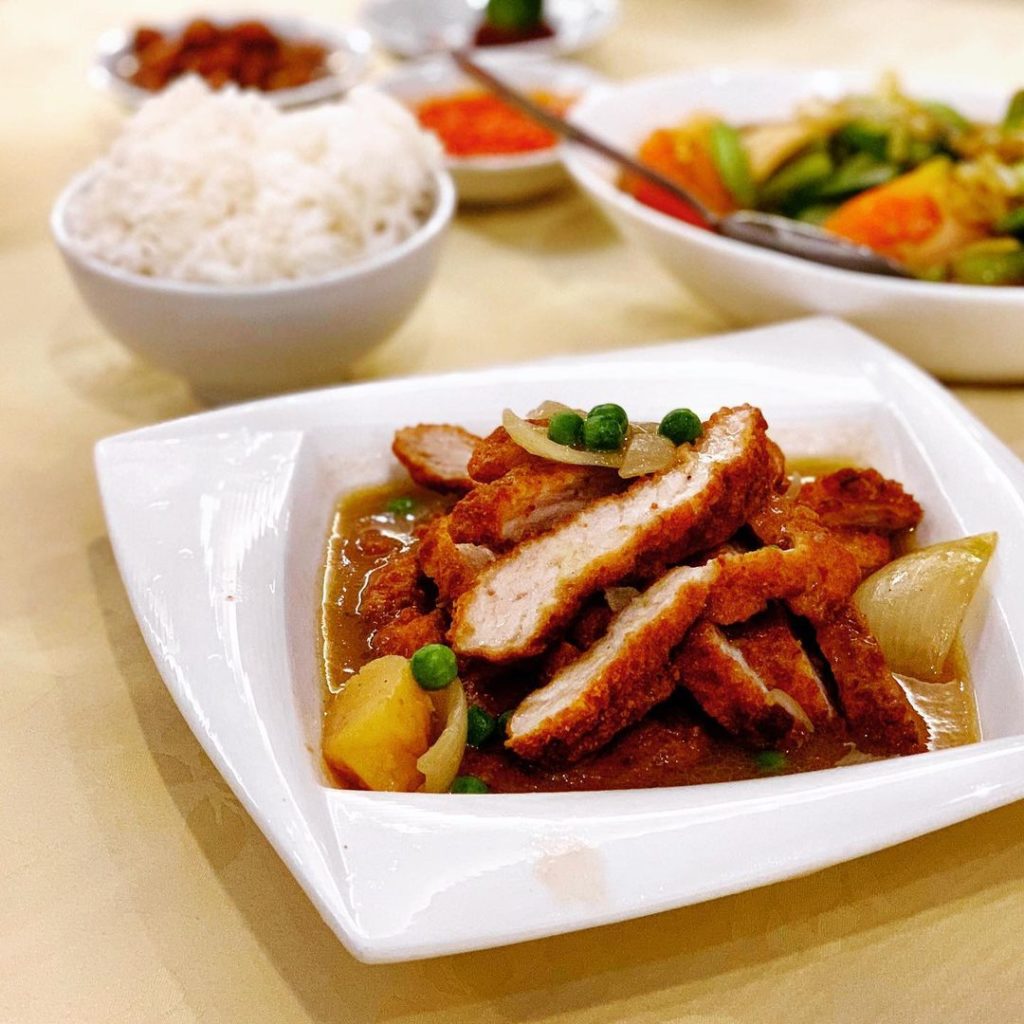 Singapore’s oldest Hainanese diner finds itself in the form of Mooi Chin Place Restaurant, an iconic locale that’s been feeding the bellies of diners since 1935. With their extensive menu, it can be a little disconcerting for first-time diners. If you need some recommendations from us, let’s just say you won’t go wrong with a serving of the Deep Fried Pomfret Coated with Sambal, the Hainanese Style Ox Tongue Stew or the Hainanese Curry Chicken.

hainanese diners Hainanese food
Jocelyn Tan
Writer
Jocelyn Tan is a travel and design writer. She's probably indulging in serial killer podcasts or reading one too many books on East Asian history. When she actually gets to travel, you can find her attempting to stuff her entire wardrobe into her luggage. Yes, she's a chronic over-packer.
Travel Design