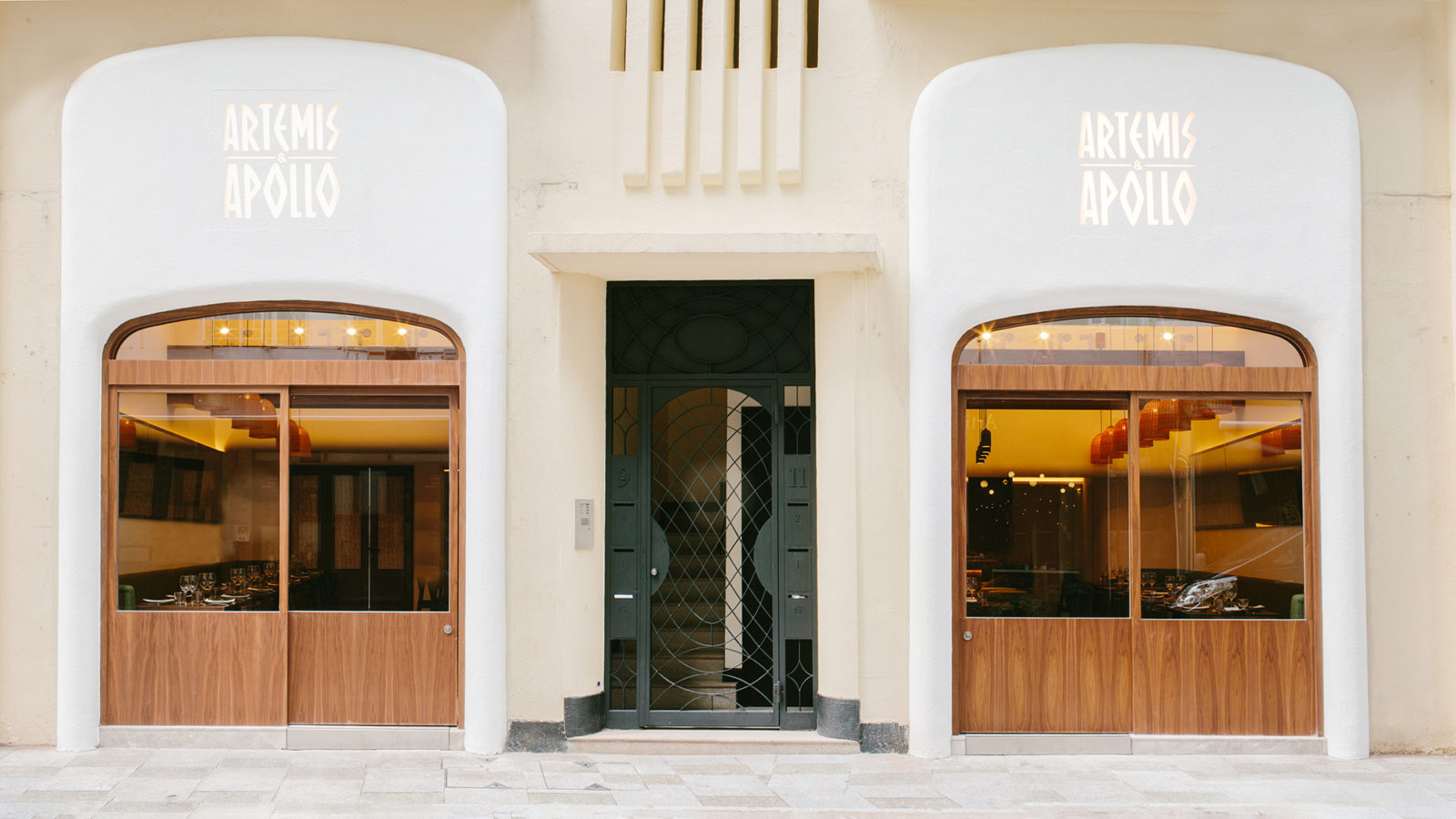 How Asia’s hippest restaurants are coping with the pandemic

As the world gradually emerges from the coronavirus lockdown, the restaurant industry will have to face up to the challenges imposed by the pandemic.

For serial restaurateur Syed Asim Hussain, the past few months have been the most challenging of his career. He’s apprehensive and tired. And he ought to be. Black Sheep Restaurants, which he co-founded in 2012 with partner Christopher Mark, owns and operates 24 restaurants across Hong Kong.

“The general uncertainty has caused a lot of anxiety,” he says. “In a world where there is a lack of clarity, the leadership team are just keeping it going day to day, and trying to lead by example and communicate openly. But we are also just really tired. There is collective fatigue for us in Hong Kong as this came on the heels of the social unrest of last summer.”

“We feel like we’ve been swimming against the tide for almost a year now, but restaurant people are scrappy and resourceful, I know we will get through this,” adds Hussain, whose hospitality group includes the one-Michelin-starred New Punjab Club and neo-Parisian bistro Belon (also No. 4 on Asia’s 50 Best Restaurants list), both curating distinct dining experiences that tell a story about a particular time, place, culture and/or cuisine.

As Covid-19 raged across the world, one country after another plunged into lockdown. No industry was left untouched. Travellers, the backbone of many an economy, were reduced to a trickle. Hotels began dimming their lights. Retail stores were boarded up, and airlines had their wings clipped. Then, with the advent of government-ordered social distancing, eat-in services were halted and the bottom of the restaurant industry fell out like a soggy pizza box.

In their report Food Service Market: Global Industry Trends, Share, Size, Growth, Opportunity and Forecast 2019-2024, market research company Research and Markets valued the global food service market size at US$3.4 trillion in 2018, and expected it to hit US$4.2 trillion by 2024. But restaurants – already a high-risk business proposition fraught with high operating and food costs and run on exceptionally tight profit margins – have now gone from frying pan to fire. Millions shut down globally, with a substantial percentage unlikely to reopen. Strategic market analyst Euromonitor International has dubbed it “by far and away the worst crisis to impact the consumer foodservice industry in the post-World War II era”.

Bangkok-based French restaurateur Fred Meyer, whose portfolio includes the Michelin-starred Saawaan, as well as Issaya Siamese Club as well as Baan Phadthai and others, says they operated a delivery service for over a month but then stopped to focus on reopening, adjusting menus, concepts and operations.

During Singapore’s Circuit Breaker period, restaurateurs like Loh Lik Peng also pivoted. “Our restaurants were closed to dine-in patrons, but we switched to delivery and takeout,” he explains. His Unlisted Collection of unique, high-quality boutique hotel properties and restaurants are spread out over Singapore, Shanghai, Dublin, London and Sydney. These include Burnt Ends, Basque Kitchen by Aitor, Nouri, Cheek Bistro (all one Michelin star) and Zén (two Michelin stars) in Singapore, Da Terra (one Michelin star) in London, and Automata (two hats) in Sydney.

Other restaurateurs, like the team at Blue Elephant Bangkok, have used the downtime to refurbish and renovate. “When we were operating, we barely had time to do refurbishments. We were also busy working on a takeaway menu,” says Chef Nooror Somany-Steppe. Her inventive menu of Thai dishes from “yesterday”, “today” and “tomorrow” is also served up at branches in Phuket, Paris, Copenhagen and Malta.

After more than two months of strictly enforced lockdowns, governments have begun slowly easing restrictions, looking to kick-start their stagnating economies, and for business owners this appears to be a glimmer of hope. But how will restaurateurs reboot their system? “It will be baby steps,” says Meyer. “A majority of us are not in a healthy financial situation, so we will have to go day to day.”

Chef Somany-Steppe cautions that with government policy changing frequently, “it has to be done in a careful and thoughtful manner”. Loh too sees the reopening as a long and slow process.

“Anyone waiting for things to go back to normal is going to be waiting a long time,” says Hussain. But he is optimistic that this is not the end of restaurants. “I am a big believer that restaurants are the last non-digital frontier. And when the dust settles, the work we do in the restaurants will be even more important. We all need to understand that the framework we exist in will be different over the next few quarters.”

Getting back to business requires the implementation of social distancing, and additional health and safety measures. Other ideas being flogged include a reservations — only policy, plexiglass dividers on tables, disposable or online menus, and service staff in gloves and masks. Many challenges, however, abound in the new normal.

“Coming to a restaurant is not only for food but also to share a social moment,” says Meyer. “And until all the plexiglass rules are in place, guests will not come back.” His biggest challenge is the fear of clients not returning to his restaurants. “If our guests are not there, we can’t open. In our financial precarity, it is impossible to lose money every day.”

Chef Somany-Steppe, meanwhile, says she will welcome walk-in customers as she can’t be too picky or choosy. “Obviously we can’t welcome the same number of customers we used to have in the past.”

“We will need to cater primarily to a local clientele,” adds Loh, who feels it will take time to rebuild confidence and that the way forward will be a combination of automation and simplification of offerings.

Social distancing will be here for a while, so we are trying to understand what this means and how we will run going forward,” says Hussain. “I think you will see the effects on supply chains influencing menus, and what is possible in the fine-dining environment. Guests are used to certain gestures in fine-dining restaurants, like a sommelier physically checking a bottle of wine in front of them. Those may have to fall away or be done privately to ensure guests are comfortable. What I mean is your sommelier might be in a separate room, removing their mask to smell and taste the wine before decanting and serving it to you at your table.”

Gwendal Poullennec, International Director of Michelin Guides, says these are difficult times for everyone and they are adapting their own operations by postponing future Michelin Guide selections where needed. “It’s difficult to predict changes which may need to be made by restaurant teams in the future due to the various Covid-19 restrictions applied on a regional or national basis. However, some of these are likely to be due to social distancing requirements. What I can say with absolute certainty is that we will continue to shine the spotlight on talented and passionate chefs wherever we have a guide, irrespective of their culinary style or restaurant concept.”

Litti Kewkacha, World’s 50 Best Restaurants Academy Chairman (Southeast Asia, North), says they are focused on the launch of global online campaign 50 Best for Recovery Hub. It provides and shares resources, advice and inspiration for chefs, restaurant teams and food lovers alike. “At the programme’s heart is a series of fundraising initiatives to raise money for the restaurant sector as a whole as it fights for its future.”

Litti, who along with his brothers owns and operates a range of cafes and casual Japanese restaurants under the Kacha Brothers umbrella in Thailand, adds: “We are totally committed to food and human safety. But the regulations handed out, especially by the shopping malls – where most of my stores are located – seem obsessive and impractical at many levels. We made use of the break to renovate our central kitchen and most of our stores.”

Litti goes on to say that he has particular concerns for his cafe and dessert businesses which, by definition, are “social gathering, not distancing” places. “Most of our signature items on the menu are designed ‘for sharing’. So these are the challenges we consider while designing the new menu… the ‘New Normal’ menu, if you like.”

This story first appeared in the August issue of Prestige Singapore as well as Prestige Online.