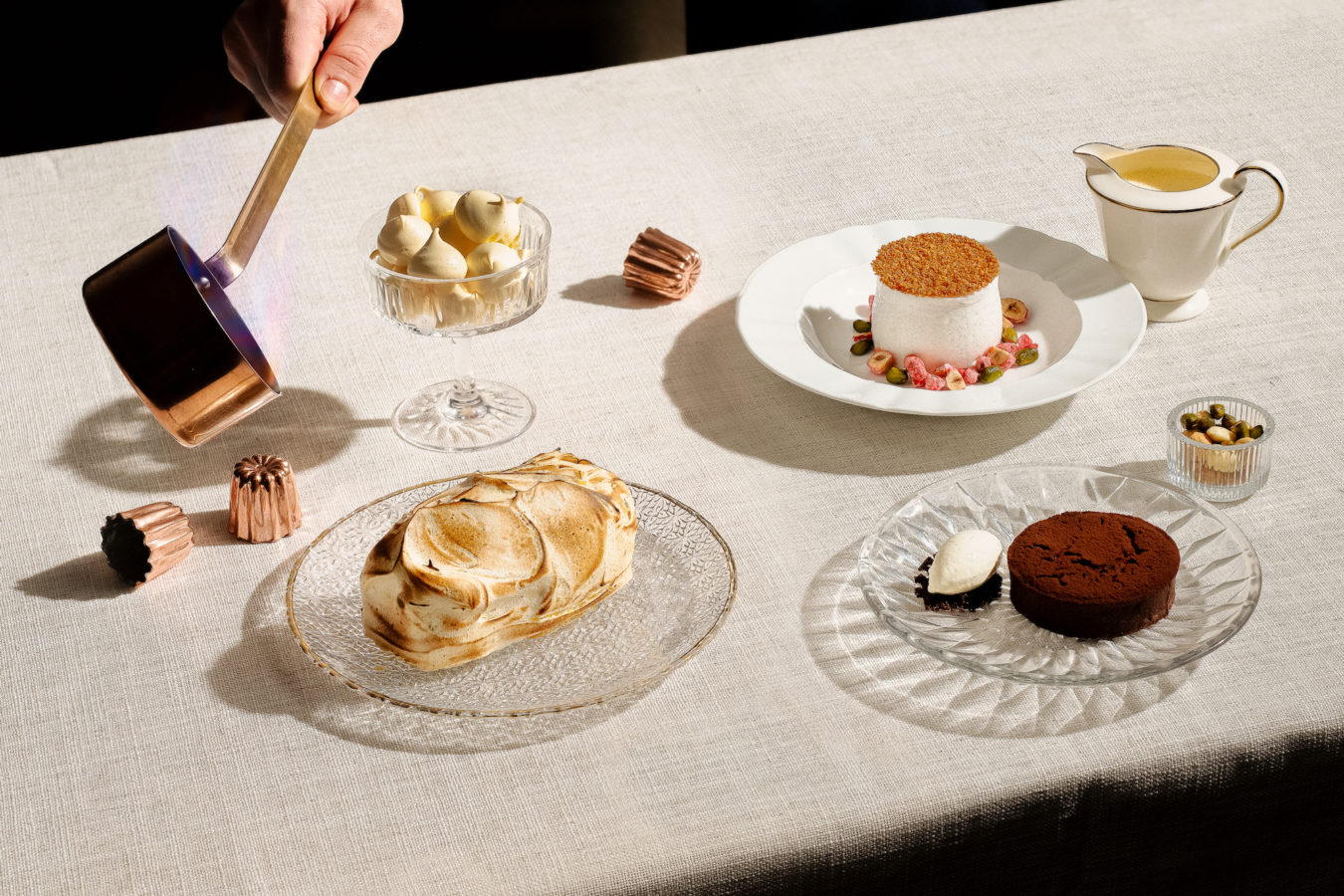 Quitting your job is so fashionable right now.

In a worldwide trend dubbed the Great Resignation Wave, nearly a quarter of Singapore workers are planning to leave their current positions in the first half of 2022, mirroring what has already been happening in the US and Europe since Covid started. Many are citing a desire to do something more meaningful with their lives.

Jeanette Ow is one of them, except she did it a decade ago. A promotion prompted the former accountant to turn to a passion she had since young: baking. She quit her job, enrolled in cooking school, and started her career all over again as a pastry chef.

Ow had stints in Marina Bay Sands, Il Lido Group’s Aura and Jean Georges’s Dempsey Cookhouse, where she made desserts alongside much younger colleagues. Today, the 38-year-old overseas the pastry team at Claudine, the latest French restaurant by acclaimed chef Julien Royer and one of the hottest dining spots in Singapore right now.

We talk to Ow about starting a new career, why you shouldn’t entirely trust cookbooks, and her association with a local celebrity turned pastry chef.

“When I was around 10 years old, I tried a muffin recipe at the back of my sister’s home economics textbook. I failed really badly because I didn’t follow the recipe. I added too much baking soda and it turned out rock hard and very bitter. I thought, ‘How can I make it better?’ So, I kept trying the recipe multiple times until I got it right. That’s how I got very interested in the science of baking. My mum also always instilled a sense of craftwork and arts in us, so I think it came naturally as a part of that.”

“I was an accountant for four years (before I became a pastry chef). My parents told me to gain a professional certificate first before I embarked on what I love to do. But I didn’t find fulfilment. Throughout the time, I baked on my days off, which I found very therapeutic. The turning point came when I got promoted. I didn’t feel happy at all. I was like, ‘Do I see myself as a partner of a firm 10 years down the road?’ I didn’t think so. I started to wonder what I really wanted in my life.”

My colleagues were very young. I felt slower than them. But I persevered on. If I did something wrong, I would be like, ‘Ok, let’s do it again until I get it right.’
Jeanette Ow

“I made the plunge when I was 29 years old. I quit my job, went to Sydney and studied at Le Cordon Bleu. My parents could see that I wasn’t contented, so they said, ‘Just do what you want to do. We fully support you.’ They were telling me of the consequences of working in the kitchen, but I still wanted it. It’s about clearly knowing what you want at the point of time and just going for it.”

“I came back to Singapore when I was 30 years old, and my first job was working as a pastry chef in the central kitchen at Marina Bay Sands. My colleagues were very young. They started at 20 years old. I felt slower than them. My learning capability was different. But I had a never-give-up attitude. If I did something wrong, I would be like, ‘Ok, let’s do it again until I get it right.’ “

“At MBS, I learned how to build desserts in big production and make them consistent. How to work smartly given the space that you have in certain environments. It was the same (when I worked as a pastry chef) at Aura. When they opened at the National Gallery, they had booked out functions, corporate events and weddings of a few hundred people. We had to find a way to present desserts nicely on the plate and still keep its consistency and quality. It’s a big challenge after working long hours, but we didn’t compromise on the product.”

“Claudine is beautiful and I always wanted to do French pastries. I find that in Singapore, there’s very little places that make good traditional French desserts. But people should be able to understand them, which is something I learned when working at Jean Georges. We need to connect to the customer, then we elevate the experience.”

Sometimes textbooks don’t teach you things in the kitchen. For example, every oven’s temperature is different. Don’t follow the book!
Jeanette Ow

“Diners today are interested in complexity, but it still has to be accessible. They’re also looking for something less sweet. I try to do that by incorporating textures and savouriness in my desserts, which carries on from the main course. In our Pariterole, for example, we use pecans and sea salt flakes to add bitterness and savouriness. We also have to understand where we are serving a dish. Because we live in a humid climate, I use vanilla ice cream in our Ile Flottante for a cool texture on your palate. It makes you appreciate a dessert more.”

“(Diners at Claudine often mistake me for the Singaporean actress and pastry chef Jeanette Aw), which I find hilarious! In terms of (pastry) styling it’s not the same, but we share the same surname. The front of house tells me a lot of diners ask them, ‘Is it THE Jeanette Aw?’ I would say, ‘Well, tell them I’m THE Jeanette Ow,’ and I’ll come out and show them my face! I would love for her to come and I’ll introduce myself!”

“I’ve been a pastry chef for 10 years now, and training at Le Cordon Bleu is just a small part in my life. I get the foundations, but the practical experience of learning under each and every chef in the kitchen is far more important. Sometimes textbooks don’t teach you things in the kitchen. For example, every oven’s temperature is different. Don’t follow the book! A hundred and sixty (degrees Celsius) is not 160! If you know it’s a new oven, go down 10 to 20 degrees. Reduce the timing too. Even now I still cannot understand ovens!”

“If you’re considering making a career switch, take a breather first. Have some time alone, whether it be mediation or a trip overseas. Reflect on what you really want. And go for it despite your fears or what people say of your dreams. As you go down the road, you may start to doubt your dream, but don’t give up. At the end of the day, it’s your heart that tells you what is right.”

Dining Restaurants Chef Pastries Desserts Interviews
Jethro Kang
Jethro enjoys wine, biking, and climbing, and he's terrible at all three. In between them, he drinks commercial lagers and eats dumplings.