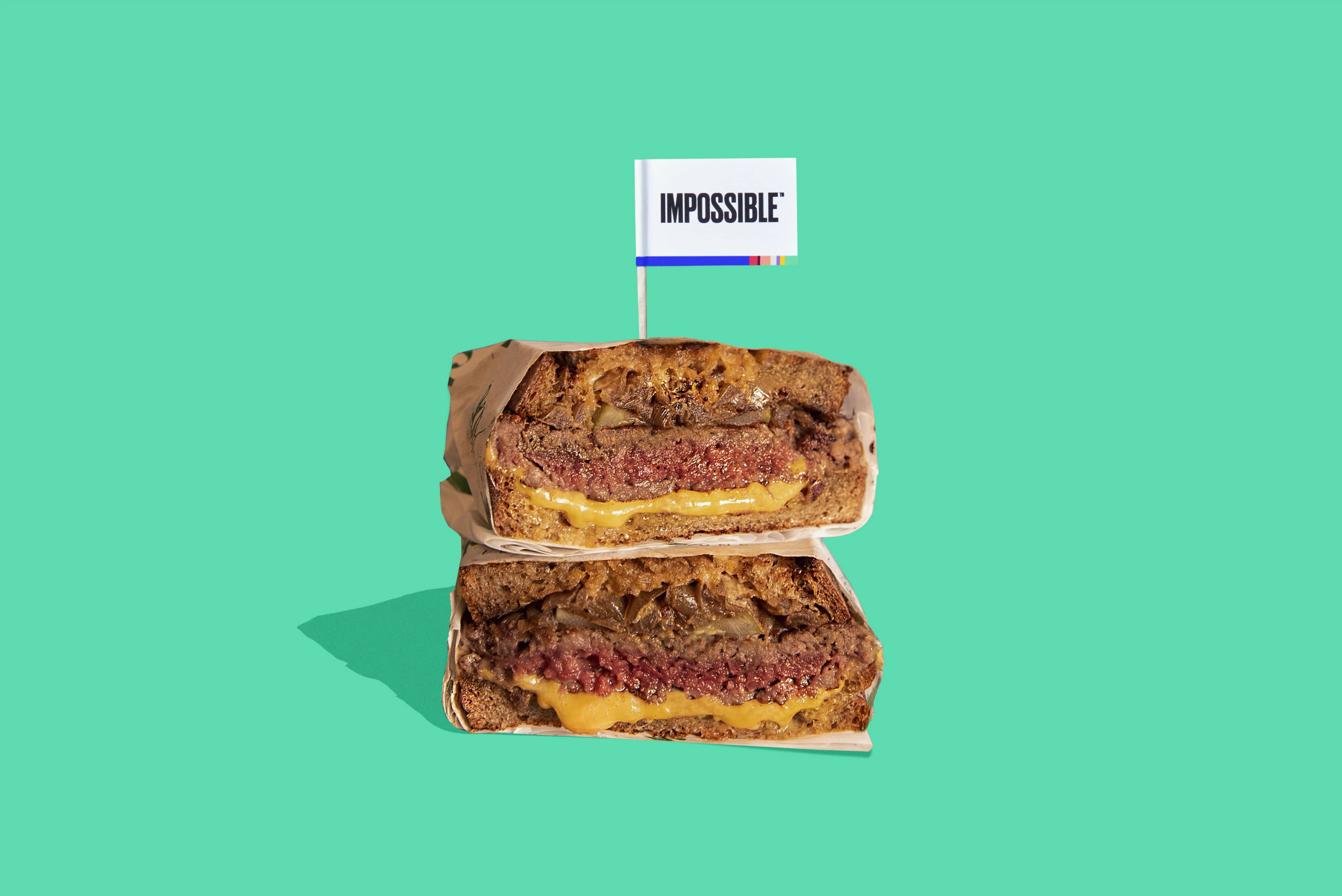 The “beef” has been raved about by the likes of American celebrity chef David Chang, and slotted into baos amped up with Sichuan flavours by way of 2017’s Best Female chef May Chow in Hong Kong. It looks, tastes, smells, cooks and even bleeds like meat — yet none of it is derived from cattle.

Now, Impossible Foods — a San Francisco startup that shook the food world with its culinary wizardry is set to hit Singapore next year — its second Asian city after arriving in Hong Kong in early 2018. It joins rival Beyond Meat which debuted its burgers at the Grand Hyatt’s Mezza9 earlier this month.

This announcement, made in Redwood City, California where the company is headquartered comes five months after Temasek Holdings led a round of investments by injecting US$75 million, leading to long-standing rumours of its arrival.

“Singapore is a small concentrated market with a high proportion of really world-class restaurants and chefs,” said CEO Pat Brown during an interview in the company’s office. “It has a cultural influence in the whole region that’s out of proportion to the size of the country.”

Rachel Konrad, chief communications officer added: “It’s not just because it’s the gateway to Asia. Singapore has the most food-obsessed people in the whole world and if you can make it there, you can make it anywhere.”

What does meat taste like?
Singapore is a litmus test, as taste and quality of the meat is key to its success.

On its own, Impossible Foods’ plant-based product bears a striking resemblance to ground beef in both raw and cooked forms. Uncooked, it has the same white spots of fat dispersed through the blushing redness of meat. Once the meat hits the pan, it shrinks and any redness turns brown. The smell it emits too, is remarkably similar.

Behind such a simple reaction though, are seven years of research by a team of scientists across the fields of biology, chemistry, biomedical sciences, nutritionists and food technologists just to name a few.

The big question on all their minds: What does meat taste like?

“That’s the biggest issue we had to tackle because in order to be successful on the market, our product has to taste like meat and even better,” said Brown who is himself a vegan and a trained biochemist.

The solution, it seems is a combination of wheat protein, potato protein, konjac, xanthan gum and powdered coconut oil with its aroma and flavours removed. Yet when combined, these ingredients would mean nothing if not for the magic blood-like ingredient: heme — short for leghemoglobin.

It has the same chemical properties and functions as hemoglobin — a protein found in red blood cells that transports oxygen in all animals except this strain is found in legumes.

“We can find heme in the nodes of soybean roots but that wouldn’t be sustainable,” explained David Lipp, Impossible Foods’ chief science officer during a tour of the lab in California. “So instead, we produce it through yeast and a process of fermentation.”

This enigmatic liquid looks and even tastes like blood, complete with its metallic notes. Without heme, the product is said to taste, “a little like crab cakes,” said Rachel Konrad.

“The thing that takes compounds found in every living cell like vitamins and amino acids, and turns it into this explosion of flavours and aromas is heme,” added Brown. “Heme catalyses the chemical reactions during cooking and nothing else can do that.”

This magic ingredient is what differentiates Impossible Foods from its nearest rival, Beyond Meat. Where Impossible harnesses heme, Beyond uses beetroot extract. Reviews comparing both products genuinely conclude that Impossible Foods’ meat tastes gamier, far more suitable for meat eaters as compared to Beyond Meat, which would hold greater appeal to vegetarians who might not be comfortable digging into food that tastes too similar to the real deal.

Saving the world, one burger at a time
Either way, this desire to create plant-based meat was born to prevent further environmental destruction. While populations across the world gorge on beef, chicken and pork, the agricultural industry that support such consumption sees forests burning and wildlife populations dying out.

According to Impossible Foods’ Mission Earth: 2018 Impact Update report, over half of earth’s land is used to raise animals and crops to support animal farming. In doing so, it uses up more than a quarter of the world’s freshwater supply and produces 1/7th of the world’s greenhouse gas emissions — the leading cause of global warming.

Those are the figures for today. By 2050, Reuters reports that Asia’s growing population and affluence will see a 78 percent increase in demand for meat and seafood.

That also explains why Impossible Foods is establishing itself in Hong Kong and Singapore — the first cities out of the US.

Yet drumming home the point about the environment and sustainability will not work. “You just can’t force people not to eat meat to save the planet,” Brown asserted. “So whatever we create must taste as good as or better than meat. We have an advantage because cows are not getting better at producing meat, but we can.”

Today, the manufacturing facility that produces Impossible Foods’ ground meat can create 500,000 tonnes with plans to scale up to four times.

The end goal? To replace food-producing animals completely by 2035.

Chefs react
Already, chefs contacted by Lifestyle Asia have their curiosities piqued by the promise of such a product.

“As a chef, I want to try something new, and customers think the same way,” said chef Manjunath Mural of Song of India, Singapore’s only Michelin-starred Indian restaurant. The restaurant already uses ground meat for a range of dishes. “I would keep it in the vegetarian section and I’d use the same spices as I would lamb, like a seekh kebab or a dumpling — maybe even something similar to my rogan josh.”
Seekh kebab refers to spiced ground meat shaped around skewers and cooked in a tandoor while rogan josh is a type of curry.

Others like Bjorn Shen, chef-owner of Artichoke and Masterchef Singapore judge are already on board, at least philosophically. “I already use a plant-based meat called Quorn at Artichoke,” he explained. “We use it for whenever we have an event and we need to cater to a significant number of vegans or vegetarians.”

But he was quick to add that it isn’t on the permanent menu as it features just 18 dishes — eight of which are already vegetarian. “I’m worried that customers won’t buy into it as much. If there were no limitations as to the size of my menu, and I could just add in a plant-protein dish without taking something down, I’d probably do it.”

Convincing diners will be a vital aspect of the experience. “The service crew will need to be knowledgeable about this as the customers will definitely have lots of questions,” explained chef Mural.

For now, over 3,000 restaurants in the US and over 60 in Hong Kong are already cooking with the meat. While the launch of Impossible Foods in Singapore is still several months away, it would seem like early chef fans like David Chang and May Chow would soon have company.

Artichoke may chow song of india Impossible Foods david chang plant-based Beyond Meat
Azimin Saini
Editor
Azimin Saini is the Editor of Lifestyle Asia and manages the team in Singapore. He has been told the sound of his backspace is like thunder through the clouds. On a regular day, he has enough caffeine in him to power a small car.
Restaurant Review Chef Interview Entrepreneurs