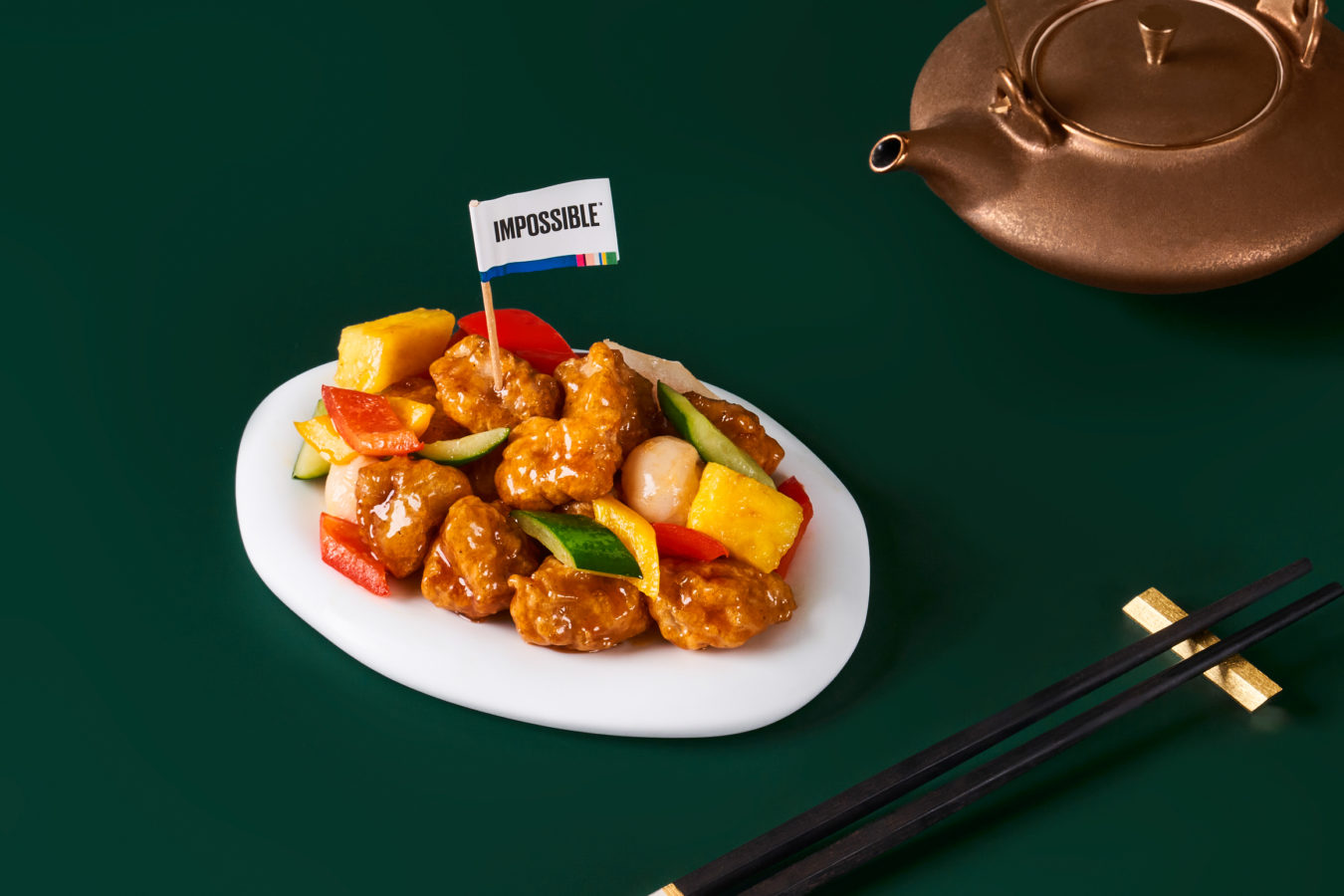 Your next pork dumpling could have no trace of the meat with the launch of Impossible Pork in Singapore tomorrow at 120 restaurants across the country.

Made by Impossible Foods, the California-based company is teaming up with eateries to showcase the plant based meat in a variety of local and international dishes, from pork pie to claypot rice.

“Pork is the second most consumed meat in Singapore, and central to so many of our favourite recipes,” Impossible Foods’ Country Manager in Singapore Laurent Stevenart said in a statement. “Impossible Pork replicates the flavour and juiciness of pork from pigs and is preferred by consumers, but is far more sustainable. We’re thrilled to partner with so many fantastic restaurants and chefs to showcase the versatility of the product.”

Impossible Pork is made from a combination of soy protein concentrate, coconut oil, and sunflower oil. It also contains soy leghemoglobin, a plant protein that carries heme. According to the company, this iron-containing molecule is what makes meat taste meaty.

Although heme is naturally occurring, Impossible Foods said harvesting it at scale causes erosion and releases carbon stored in soil. Instead, they make it using a yeast genetically engineered with the gene for soy leghemoglobin.

Perhaps the bigger question is, is it tasty? In Hong Kong, where Impossible Foods debuted the product last month, the company pointed to a blind taste test with 200 consumers there. Over half of them preferred the product over animal meat.

Starting 18 November, you can try it for yourself at over 120 restaurants in Singapore serving local, Thai, Japanese, Chinese and Western food. They include Cantonese eatery Tim Ho Wan, which is stuffing it in dim sum. New Ubin Seafood serves it in a claypot with brinjal, and Da Paolo presents it in a pepperoni carbonara pasta.

For practicing Muslims, eating Impossible Pork is still discouraged. The Islamic Religious Council of Singapore (MUIS) said plant-based meat that uses the name of a prohibited food item under Muslim law may cause confusion, and they advise the Muslim public against consuming it until the product has been looked at in a thorough and holistic manner.

If plant-based meat is still your thing, read on more for a selection of restaurants where you can find Impossible Pork: Chengdu restaurant’s menu is known for an authentic array of dishes from the hometown of mala cuisine. Examples include mapo tofu, which they combine with Impossible Pork in a rice bowl, and zha jiang rice noodles with Impossible Pork, preserved vegetables, soy sauce and seasoning. Empress is an elegant Chinese restaurant in the Asian Civilisations Museum. Impossible Pork makes its way into some iconic dishes from Shanghai and Zhejiang Province, including the soupy xiao long bao, pork and chives pancake and the braised dong po pork belly — a meaty, textural dish. PS.Cafe reaches across the globe for their Impossible Pork creation. They turn the plant-based meat into a patty, batter it with panko crumbs like a Japanese katsu and place it between two toasted burger buns with miso sauce, kaffir lime, chilli and cabbage slaw. 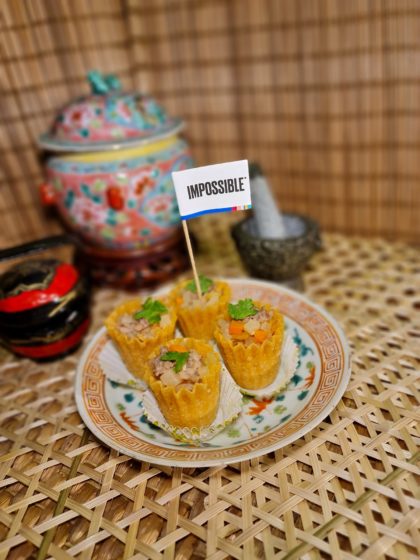 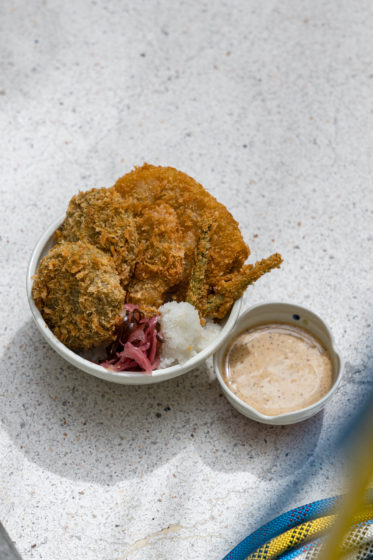 Katsudon goes plant-based at Tanuki Raw, which is turning to Impossible Pork for its Japanese cutlets. They bread the patties with panko crumbs, serve with it assorted vegetables and a sesame dipping sauce, all to be enjoyed over rice.