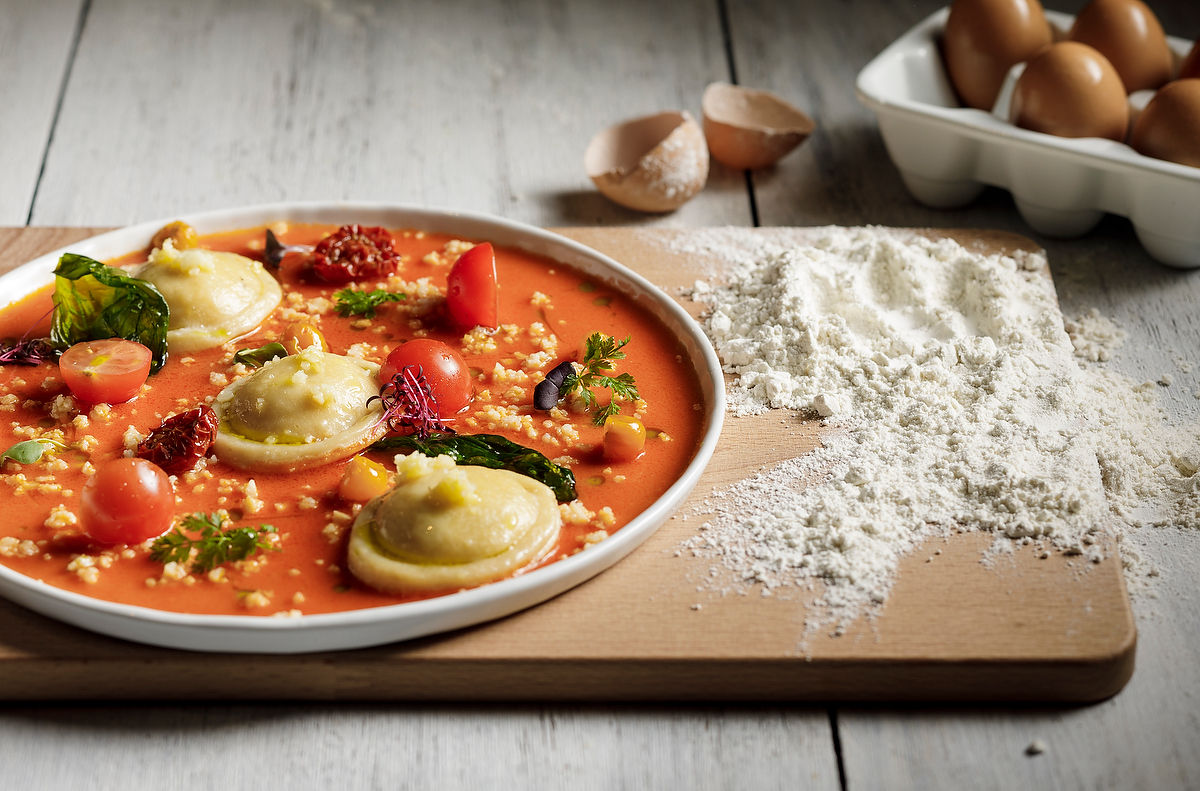 Last week saw us scrambling to our favourite newly crowned Bib Gourmand restaurants, in a bid to enjoy one last meal before the inevitable crowds arrived. With just a few days left to the announcement of this year’s Michelin Guide Singapore on 29 June, we’re now making our guesses on which eateries will snag a star, and are already planning on dining at some of our predicted winners ahead of the ensuing long queues.

But if strategising about where to eat at before Michelin fever takes over, seems a tad too stressful and isn’t exactly high up on your list of priorities, we suggest trying out some scrumptious new dishes instead. From cheesy ravioli to scotch eggs and decadent Persian-style fried chicken, here are 3 new offerings to sink your teeth into this week.

The dish: This simple but delicious (and diet-busting) dish comprises tender chunks of chicken deep fried to perfection and served with honey-mint sauce, spicy harissa (a Tunisian-style hot chilli paste) and crunchy dukkah — an Egyptian blend of nuts and spices.

The place: Summerlong is a breezy, beach-inspired spot inspired by the Eastern Mediterranean. Its menu highlights include hummus, smoked pork ribs and charred eggplant, and there’s also a range of tasty cocktails such as Medius Terra Fizz (rosehip gin, lemongrass, ginger, soda) and 3 Continents, which is made with three rums, pineapple and passionfruit, and presented in a coconut.

Homemade ravioli with ricotta and scamorza by Fratelli

The dish: Here’s a dish to end all carb-free plans — Caprese-style ravioli packed with ricotta and smoked scamorza cheese, and soaked in a bed of tomato-based broth. To mitigate one’s guilt toward such an indulgence, fresh basil and chopped cherry tomatoes are added to the mix.

The place: Run by Roberto and Enrico Cerea of the three-Michelin-starred Da Vittorio in Italy, this establishment at Resorts World Sentosa specialises in Italian fare the likes of pasta and pizza. It recently introduced a refreshed menu incorporated with imported ingredients such as burrata cheese from Puglia, Ciliegino tomatoes from Sicily, and bottarga from Sardinia.

The dish: Club Street Social’s take on this classic British dish features pork sausage stuffed with an egg with a soft centre, and fried with crunchy breadcrumbs on the outside. As a finishing touch, the egg is sliced into halves and covered with red onion chutney. This concoction is one of the highlights on the restaurant’s newly revamped sharing menu.

The place: Located along the trendy Club Street, this all-day restaurant-bar serves up American-inspired dishes alongside cocktails, spirits and wines. Its refreshed repertoire features a variety of small plates, charcuterie platters and bar snacks.