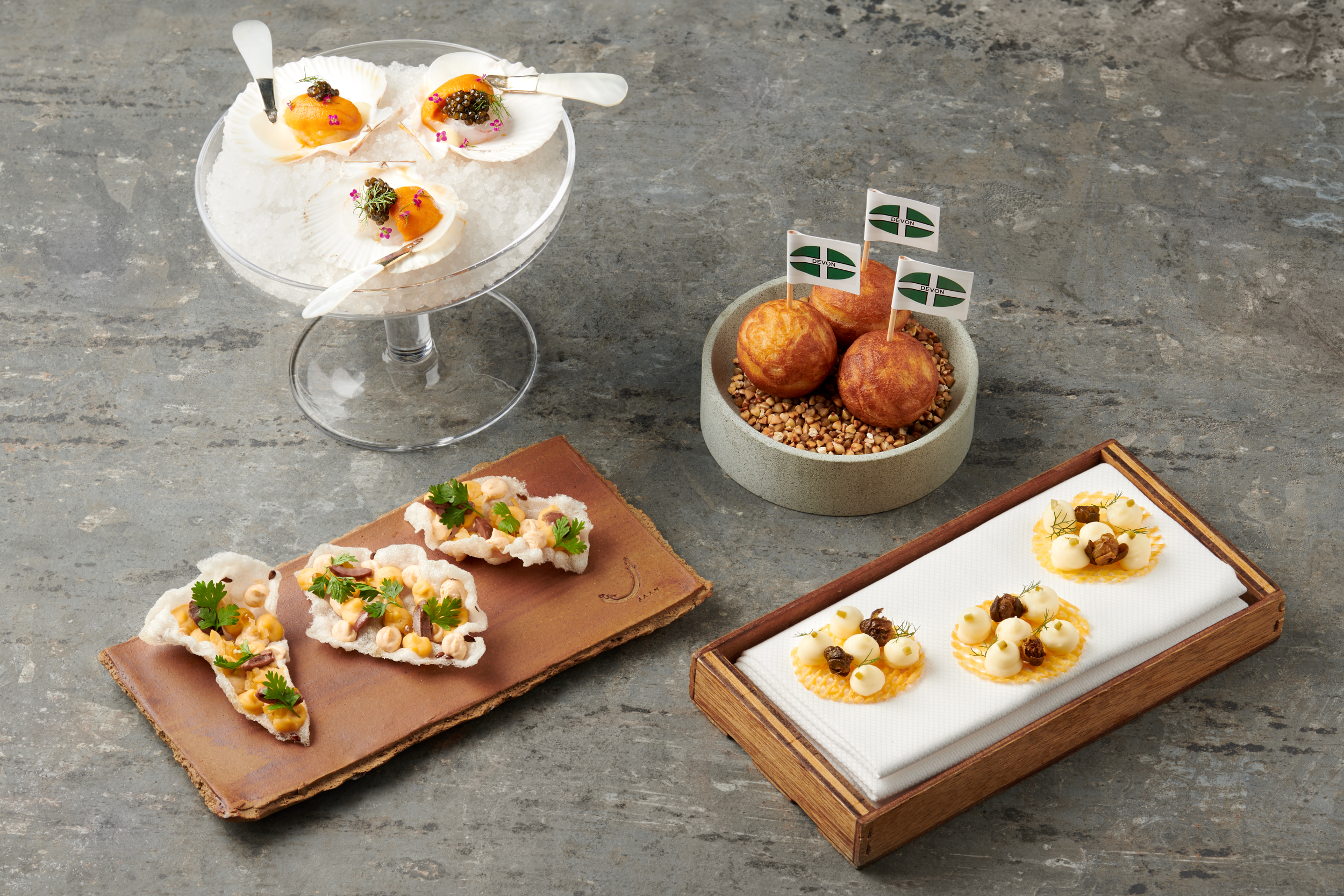 Jaan is a restaurant that needs no introduction. The one-Michelin-starred establishment is famed for its elegant modern French cuisine, as well as its incredible views of the Singapore skyline —  thanks to its vantage point perched on the 70th floor of Swissôtel the Stamford. Ranked 44th at this year’s Asia’s 50 Best Restaurants award ceremony, the fine dining restaurant is also synonymous with being a hotbed for some of the country’s best chefs the likes of Andre Chiang, Julien Royer and its current Chef de Cuisine Kirk Westaway — all of whom have flourished in their culinary careers.

Another noteworthy aspect about Jaan is its focus on showcasing the freshest and finest seasonal produce. For springtime, the restaurant has decided to do this by introducing a refreshed lunch and dinner menu incorporated with ingredients sourced from places such as Westaway’s hometown in Devon, and Pertuis in France. A recent visit left us highly impressed, as every dish was artfully plated and, more importantly, absolutely delicious.

An assemblage of small snacks — all equally photogenic and tasty — made for a memorable prelude to our meal. Sweet and dainty macarons layered with foie gras ballotine, creamed mushroom duxelles and truffle arrived sitting atop a black stand shaped to resemble a driftwood tree branch, while a trio of crisp game chips bedecked with dollops of moreish cod and mashed potato mousse were quirkily presented on pebbles. Laid out on a thin plank of wood were light, airy tapioca chips covered in aromatic, creamy blobs of hummus and dotted with sesame pearls.

The one canapé that we particularly adored was the buckwheat pancake ball, which contained a heart of warm Devon cheddar cheese packed with a nutty, slightly salty flavour. In a playful nod to Devon county, where he was born and raised, Westaway planted mini flags into the pancake balls.

Another highlight was the Pertuis asparagus, a prized variety of asparagus imported from the old French town of Pertuis. It came as a single, fat spear that was blanched and glazed in seaweed butter before being adorned with mentaiko mayonnaise and ikura pearls. Bursting with clean, fresh flavours, it was accompanied with a side of sweet and juicy langoustine.

Next to arrive was “Eggs in an Egg”, composed of a confit egg yolk surrounded by pickled mushrooms and a cauliflower sauce. It was topped with Oscietra caviar for a luxurious spin. The whole concoction was interspersed with onion slices, which helped prevent it from being too cloying. We easily polished off every drop with toasted strips of cheese bread. If you’re wondering about the dish’s name, yes, it does come presented in an egg-shaped vessel.

We also enjoyed Jaan’s Iberico pork, featuring a tender chunk of pork loin poured over with a mustard sauce and paired with a deep-fried ball filled with a hodgepodge of ingredients like braised pork shoulder, pickled mushrooms, lardo and pork skin.

Rounding off this already bountiful combination were pieces of Japanese-style fermented squid, cauliflower purée, black garlic, and onion chutney for a delectable juxtaposition of textures. As a finishing touch, the dish also came presented with a glass of pork and dashi consommé on the side.

For those who prefer seafood, Jaan’s new spring menu also offers a confit of snapper, where the fish is served with cauliflower sauce and a tangy fennel salad. It’s a light but satisfying dish that won’t leave you feeling guilty about ruining any diet plans.

The same can’t be said about dessert, though, as we tucked into a gleefully indulgent treat that showcased chocolate and caramel in three different ways: Chocolate biscuits with crisp caramel ribbons and caramel ice cream; white chocolate ganache with hazelnut crumble; and a chocolate brownie. The latter was our favourite, as it had a delightfully dense interior and came with a sinfully luscious chocolate sauce.

As most of the dishes rely on seasonal ingredients, there may be minor changes to the courses depending on when you visit. Not that it matters, though — our recent trip to Jaan left us more than satisfied with its well-executed, gorgeously crafted springtime dishes, and we’re pretty sure it’ll deliver again on our next.