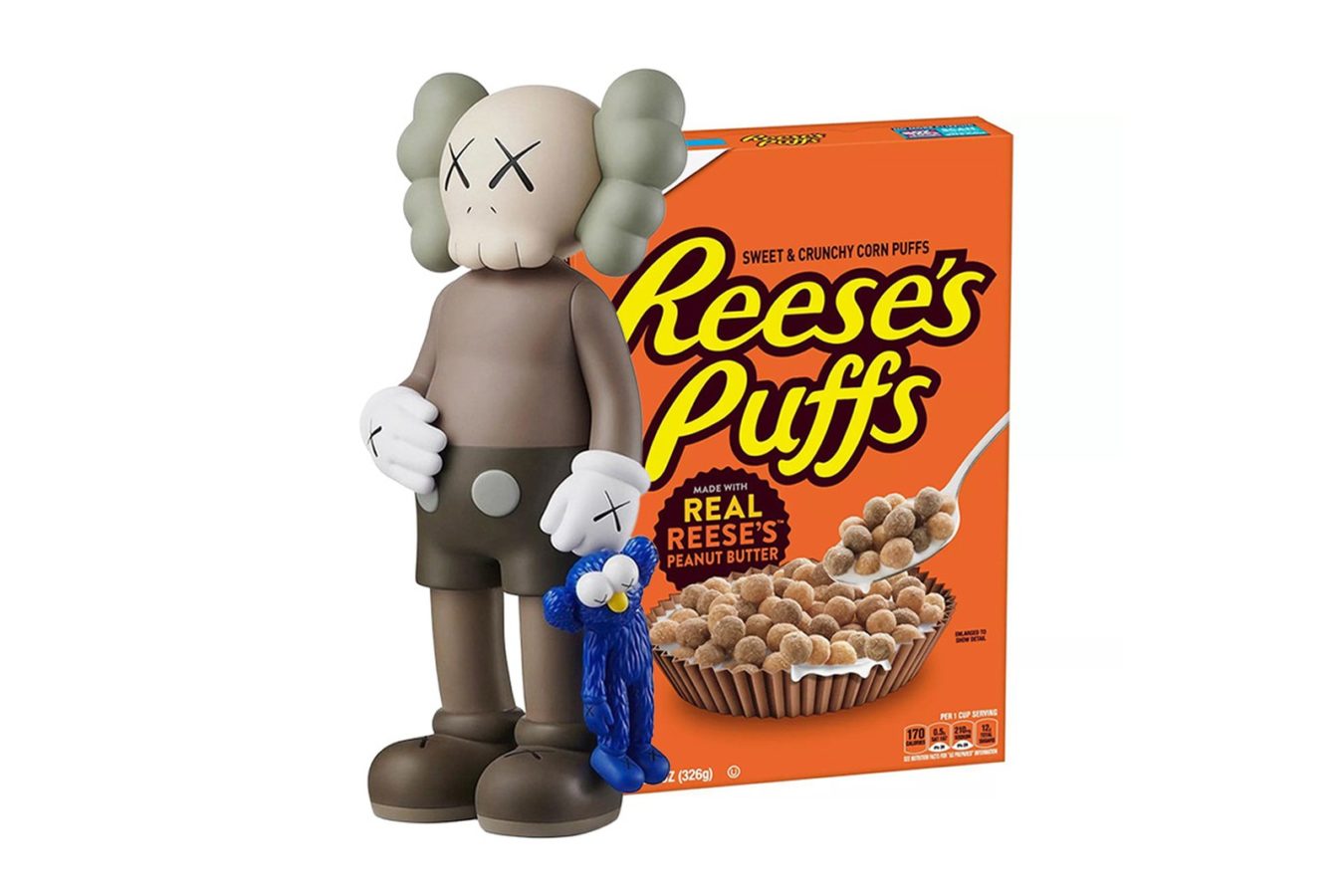 After T-shirts, figures, art pieces, and fragrances, KAWS has his sights set on your breakfast routine next.

This time, the multi-hyphenate artist is diving into the world of food — more specifically, General Mills’ Reese’s Puffs cereal.

This isn’t the first time the peanut butter-flavoured cereal has worked with a big name; in 2019, Travis Scott pimped up the box with his Cactus Jack aesthetics, and again most recently in a bigger Family Sized version.

The co-branded KAWS Reese’s Puffs cereal boxes will see his signature double “XX” symbol sit right above the Reese’s Puffs branding. Even the KAWS companion couldn’t resist taking a dip in the bowl of cereal. At the back, another companion covers his eyes as he stands under a glorious Reese’s Puffs storm.

Although this collectible cereal box has yet to hit aisles yet, eagle-eyed users on the KAWS subreddit have already spotted them in major grocery outlets in the US, so if you’re a collector here, you’ll want to keep your eyes peeled on resellers like StockX.