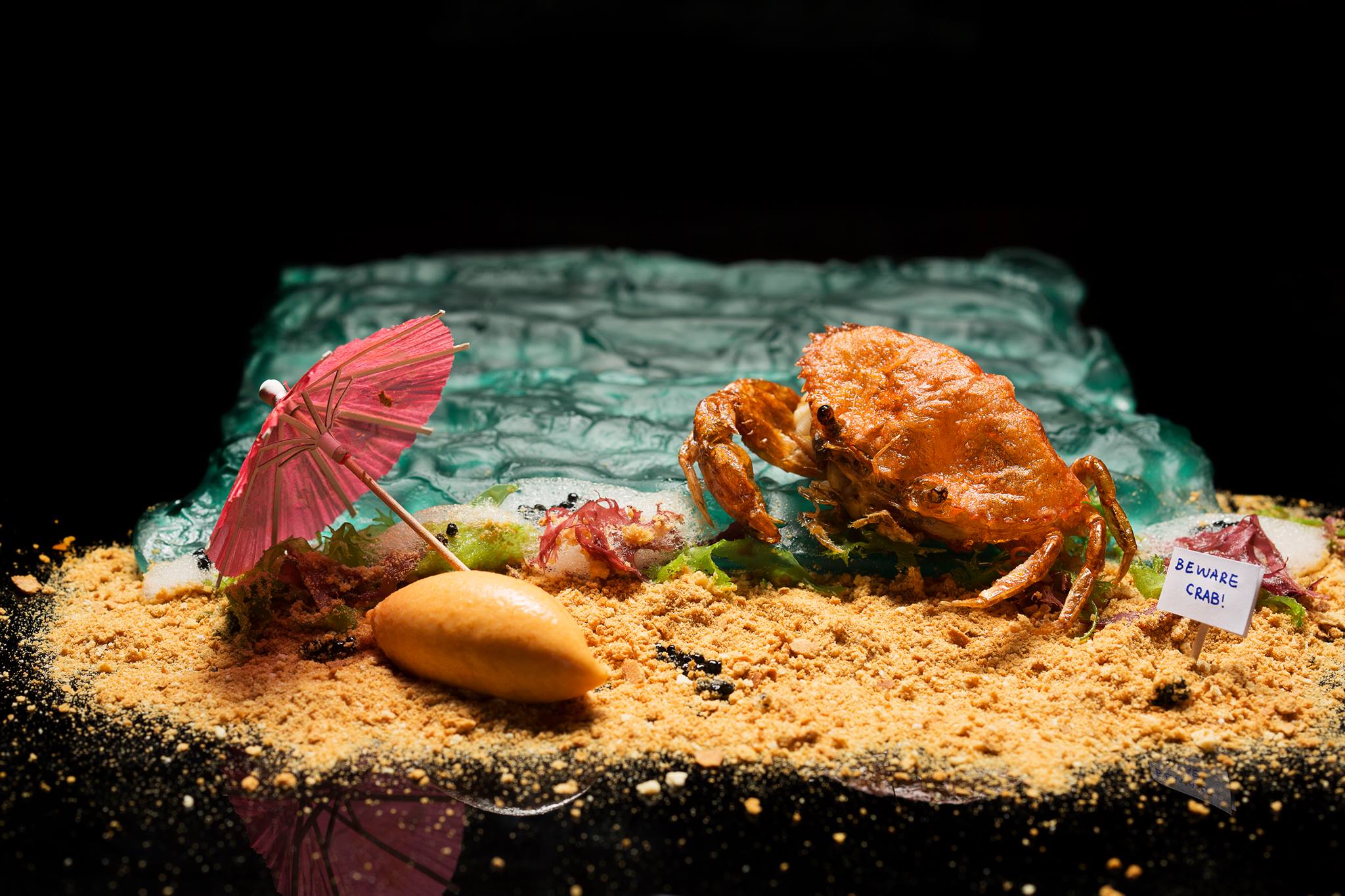 Call it what you will — progressive, over-ambitious or just plain bizarre. However you may feel about modern Singaporean (Mod-Sin) cuisine, it’s here to stay. Past years have seen restaurants sprouting up with their own reinterpretations of local staples the likes of laksa and chilli crab, as well as savvy hawkers jazzing up their food with trendy ingredients such as truffle.

It may seem like a pretty recent concept in the local culinary world, but Mod-Sin food has actually been around for over a decade. One of its pioneers is homegrown chef Willin Low, who coined the term when he opened his restaurant Wild Rocket in 2005. Back then, the eatery made headlines with its daring take on food typically found in hawker centres and kopitiams. Its signature dish was a laksa pesto pasta, which featured linguine drenched in a pesto made from laksa leaves and embellished with tiger prawns and a quail egg. Years on, and several menu revamps later, the restaurant remains a popular spot.

If you’re craving something a little different (and fancier) than your usual hawker centre or zichar fare, here are 5 Mod-Sin restaurants to check out. Situated within The Warehouse Hotel, Pó is the newest entrant to the Mod-Sin scene. Its repertoire features luxed up renditions of local staples — think Iberico pork satay, Hokkien Mee with Carabinero prawns, and popiah with crabmeat. Round these off with Asian-inspired cocktails such as the cheekily named Barbarella — a sweet, delicious blend of hibiscus gin and elderflower. 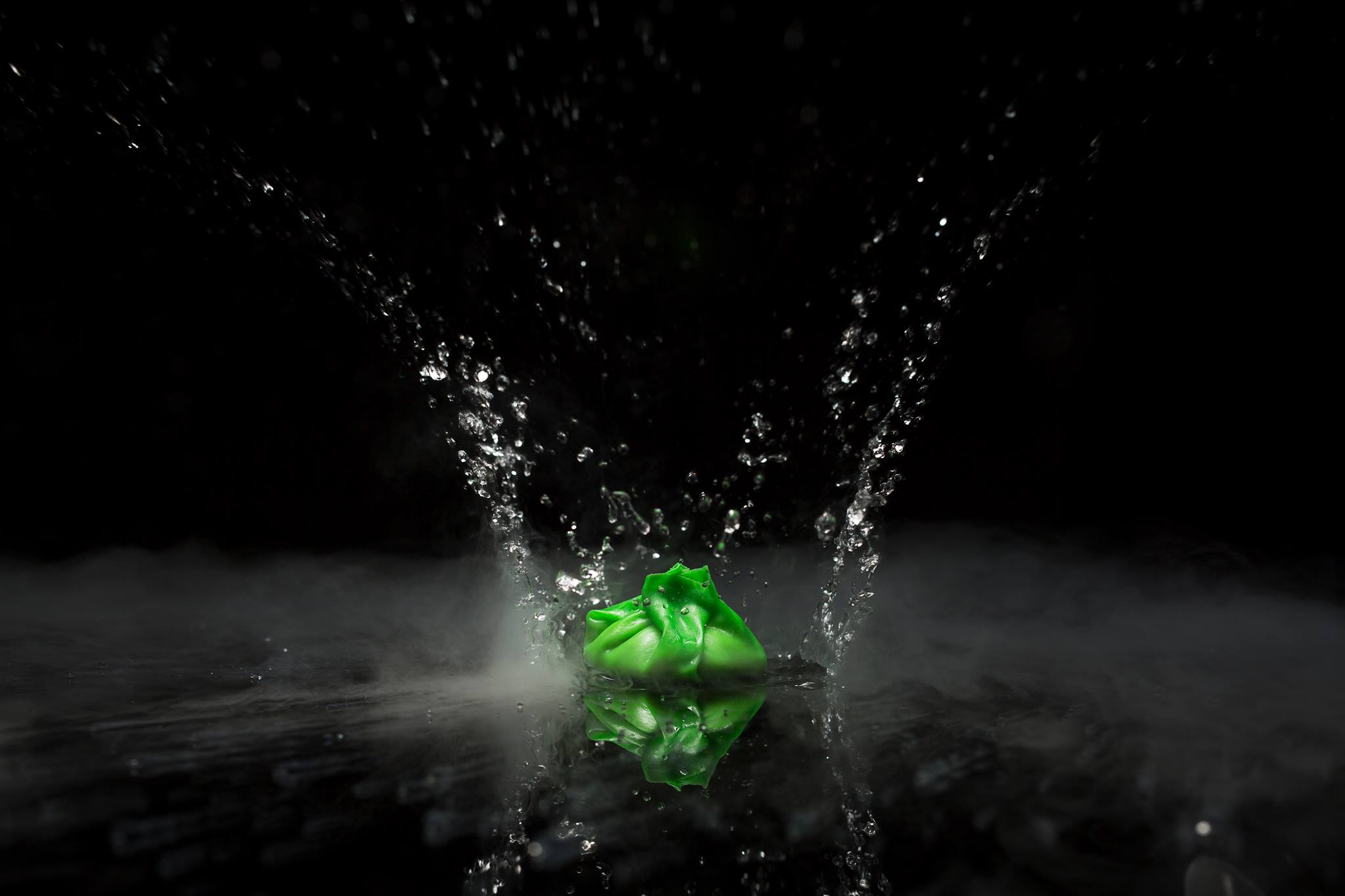 This three-year-old homegrown outfit focuses on “modern inventive cuisine” based on the taste sensations of sweet, sour, salty, bitter and umami. It offers prix fixe menus for lunch and dinner, with intriguing creations such as OCK Curry Puff (a deconstructed mix of chicken, potato and dehydrated curry crumbs), and a soft shell crab dish served with chilli crab ice cream. 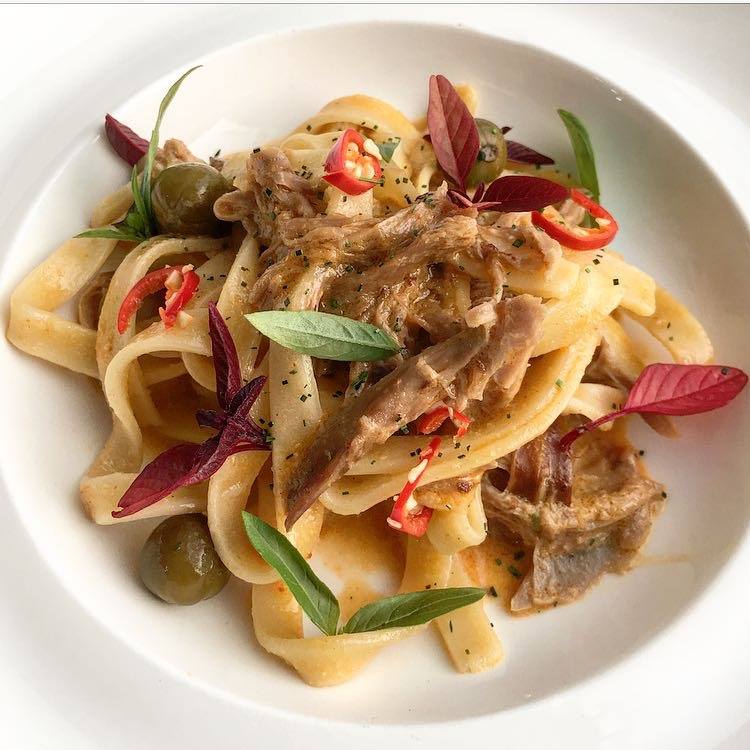 Following a one-month hiatus, Wild Rocket has reopened with a revamped repertoire. Its highlights include Iberico pork char siew, Penang laksa salad, and fresh pastas such as a Thai red curry duck confit fettucine. If you can’t decide what to order, the restaurant also has an omakase menu. Located along Desker Road, this cosy restaurant specialises in comfort food with an Asian twist. Its local-inflected offerings include Nyonya-style laksa, rendang lamb shank (where the meat is slow-braised and served with a lontong rice disc), a sweet-and-sour pork burger, and crayfish Hokkien Mee. 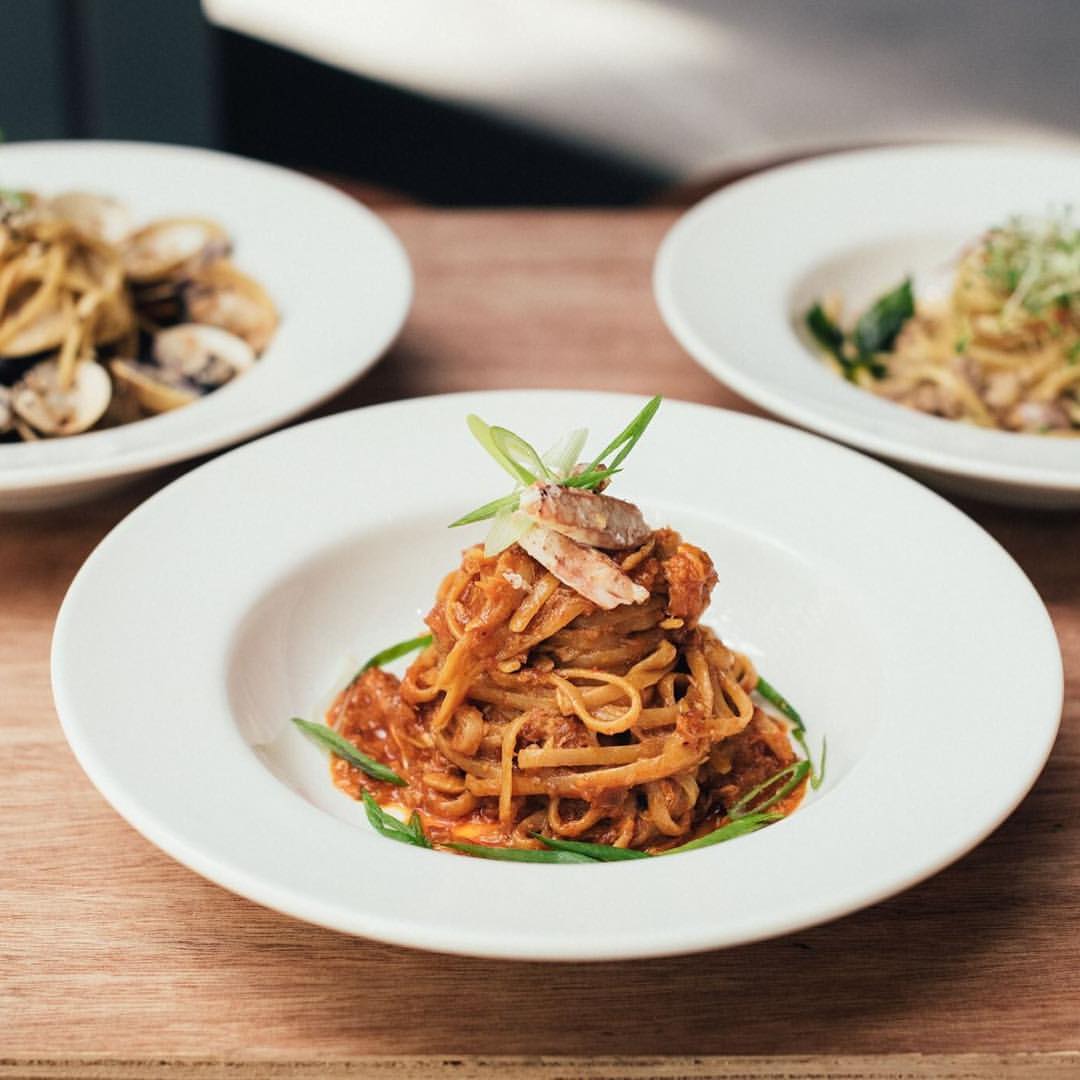 Popular local offerings such as satay and chilli crab are given a contemporary makeover at this casual joint, which has incorporated them into burgers and pasta respectively. If that’s not unconventional enough for you, The Quarters also serves a Mao Shan Wang durian crème brûlée and buah keluak ice cream for dessert.