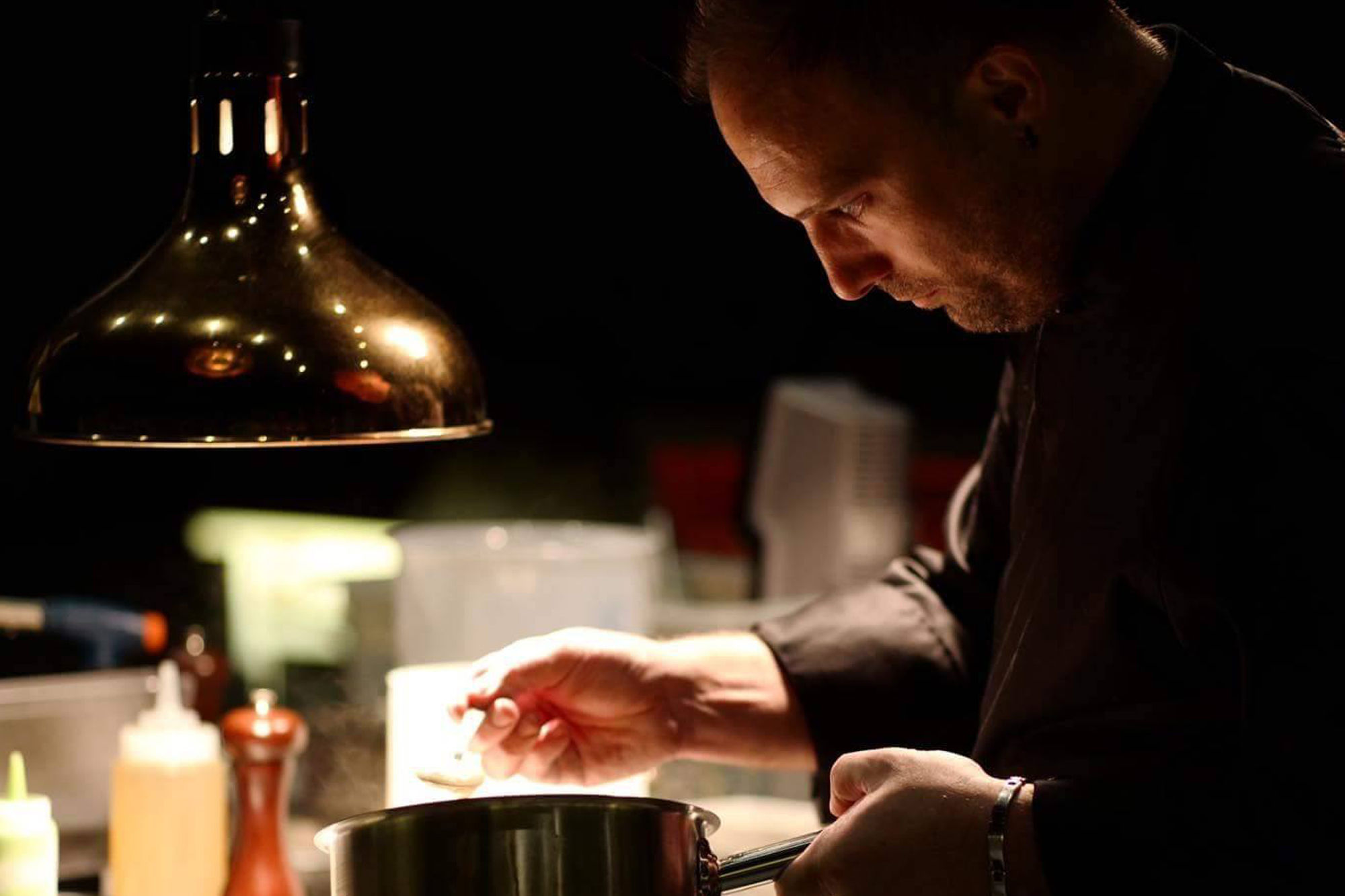 French chef Christophe Lerouy who headed Alma by Juan Amador to its first Michelin star in 2016 is opening Lerouy, his own restaurant this coming November.

The restaurant is the result of a partnership with homegrown chef Willin Low from Wild Rocket and Gwen Lim, who is the owner of Patisserie G and co-owner of B.A.O. It is one of the most promising establishments to open this time of year.

“I take care of the concept, the menu and the food while they support me,” says chef Christophe. “Willin has really good taste so it’s a good partnership. We designed the space together but when it comes to colour and all, it’s him.” 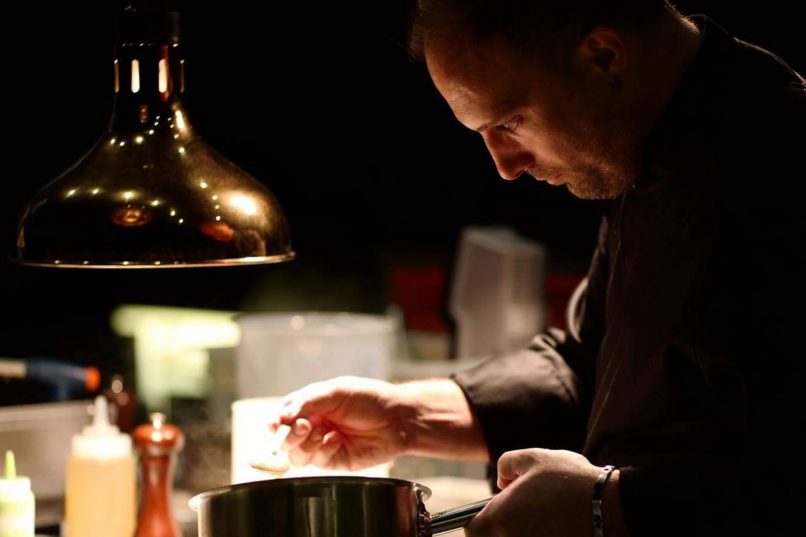 The 150-square-metre restaurant sports a completely open kitchen with space for up to 22 diners seated around a counter. The menu will showcase chef Christophe’s signature style where classic French techniques embrace the flavours of Asia and Middle East.

This is the same culinary approach he took at Dstllry Par Christophe Lerouy — an edgy space that garnered rave reviews from food critics before it ran into financial trouble. It is also where the trio met, as chefs Willin and Gwen dropped in one day for dinner and minted a possible venture.

“It’s because of them [that] I can do this,” he says with a smile. “It’s good to have their support because they’ve been around for a long time.” Some of the memorable dishes that won him a cult following includes sliced cabbage baked in a salt dough, halved before the diner, then torched and lathered with lardo and anchoiade sauce – a thin, umami paste made of anchovies said to be a specialty of Provençal.

Such dishes are the result of his long career as a chef, for despite finally striking it out on his own, the Frenchman has worked at a number of Michelin-starred restaurants in Paris as well as acclaimed establishments in Shanghai, Marrakech and Abu Dhabi, before heading Alma to its accolade.

Restaurant Lerouy will be located at 3 Stanley Road and an exclusive first look revealed a wooden counter top that ran through an industrial-inspired space. A map of Alsace where chef Christophe is from, is also etched in bare concrete on the wall behind diners. The kitchen meanwhile is backed by white hexagonal tiles, and gold mirrors are placed close to the entrance.

The space will be manned by a small team of five in the kitchen and one on service. Not all of chef Christophe’s former team will be joining him at Lerouy, but a Spanish chef will be coming onboard as a sous chef in December.

For now, the plan is to serve a three-course menu at lunch from Mondays to Fridays while dinner will be a choice between five or seven courses served on Mondays to Saturdays. Expect a small but curated wine list of 25 to 30 labels showcasing vino from small-batch wineries.

“I want guests to feel like they’ve come to my home, because this restaurant has my name,” explains the chef. “I want them to feel relaxed — not fine dining, but a relaxed atmosphere with good food.”

Restaurant Lerouy at 3 Stanley Street is slated to open in early November 2017.

French Michelin star Michelin Guide DSTLLRY par Christophe Lerouy Christophe Lerouy
Azimin Saini
Azimin Saini is a contributor to Lifestyle Asia. He has spent a decade in journalism, writing for The Peak, Style:Men and the Michelin Guide.
Restaurant Review Chef Interview Entrepreneurs
Sign up for our newsletters to have the latest stories delivered straight to your inbox every week.