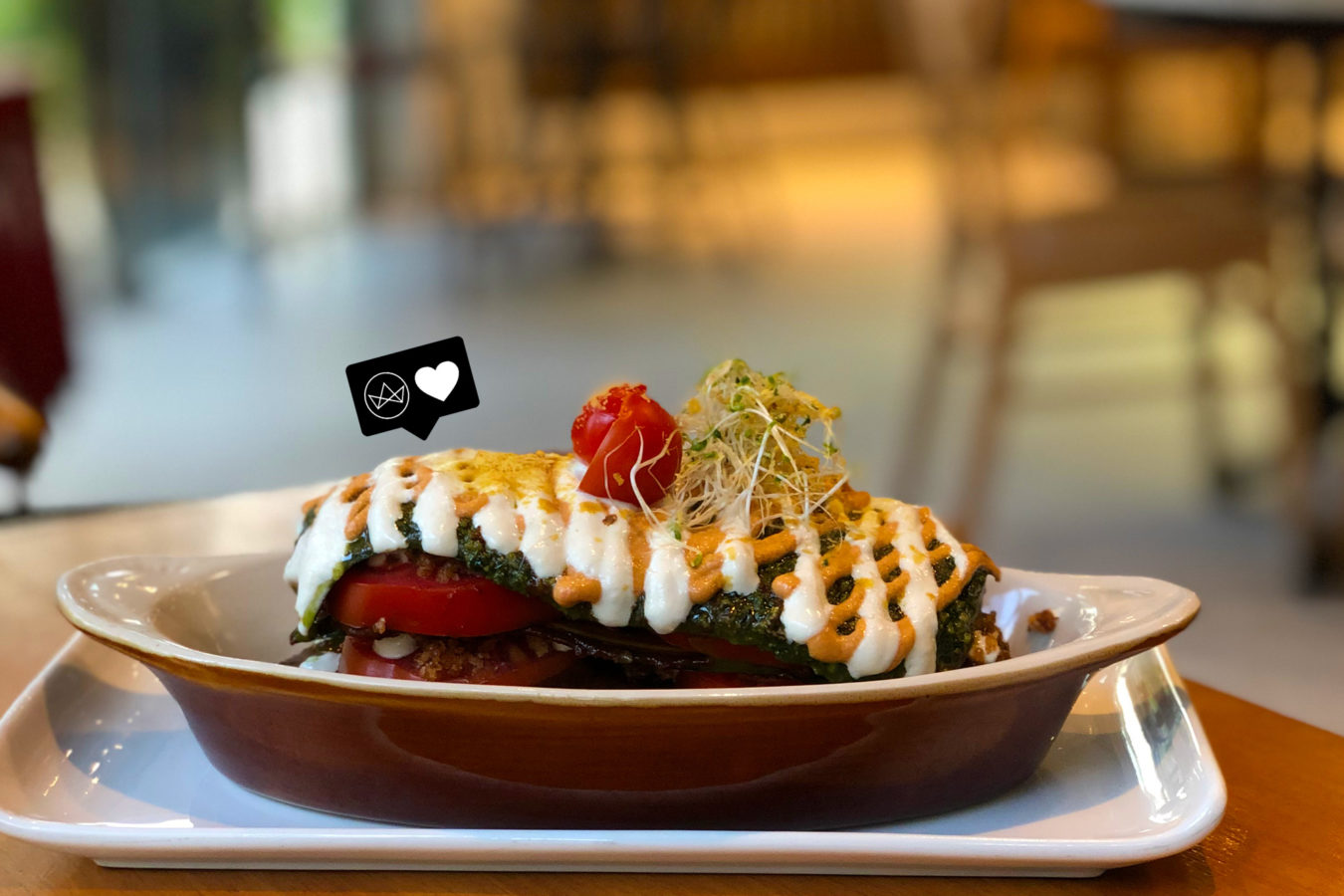 The world is a cruel place.

I say this without an ounce of melodrama because in 2020, we’ve been beset with bush fires, a pandemic, retrenchments and closures of businesses we’ve come to love.

2020’s latest salvo? Dengue. Because hey, even staying home to avoid getting COVID-19 and doing your best impression of a vegetable could eventually kill you.

But amidst all this adversity, I’ve found comfort in plant-based cuisine, and The Living Cafe, an unassuming eatery just off Sixth Avenue has been a source of solace.

I am by no means an aspiring vegan but the thinking behind this is to reduce the amount of suffering already inflicted on the planet. It’s not just about lowering my carbon footprint and meat consumption in general, but also rethinking my relationship with the fauna that graze Planet Earth.

I know this might make me sound like a tree-hugging hippie (or a monk), but know this: before I was editor, I was a food writer, and I still am. I have spent countless nights dining under gleaming chandeliers, sometimes alone, always never having a choice of what I eat. That gives me plenty of time for the hamster wheel in my head to cycle through the role food plays in my life.

It helps that I’ve had the privilege of speaking to some of the world’s leading minds in this field. An interview I did with Pat Brown, CEO of Impossible Foods all the way in Palo Alto, California cemented my views on animal farming and sustainability.

So every single time I put a piece of meat in my mouth, I am conscious that an animal dies. Death slithers between the tinges of my fork and wafts over every silver cloche.

Death slithers between the tinges of my fork and wafts over every silver cloche.
Azimin Saini

Yet my attempts at going plant-based haven’t always been successful. The thought of eating another bowl of grass salad makes me gag, and my only attempt at going vegan lasted all of three days.

The Living Cafe though, makes it easy because it triumphs on the most important aspect of dining: It is gobsmackingly delicious. It was the last place I went to before the Circuit Breaker hit, and the first spot I visited when restaurants were allowed to resume operations.

Its menu caters to diners of every dietary stripe, with a small number of dishes that uses fish and white meat but what makes it truly special is its raw, vegan food prepared with equal parts technical wizardry and flavour mastery.

I first came across the spot six years ago, when I was covering the raw vegan food movement for another publication. Those days, there was hardly a whisper of plant-based food and I had marched up with a balled fist, determined to remain a skeptic.

But as I spoke with the chef and the owner, the virtues became apparent. Proponents of the raw food movement maintain that produce is most nutritious when it’s not subject to high cooking temperatures. Instead, the kitchens deploy a battery of techniques, like dehydration and fermentation, wielding gentle heat and an invisible army of gut-friendly microbes to maximise flavour.

I was entirely convinced when I started to dig into the zucchini lasagne. In place of meat and pasta sheets, there are thin layers of zucchini with chunks of taco-style “meat”, pesto, cashew nut “mayonnaise” and thick slabs of sliced tomatoes more juicy than a succulent summer peach. And while the flavour combination is not quite like a classic lasagne, the dish was in a league of its own.

Then there’s the raw roasted broccoli mushroom pizza. A description like that would typically have me running for the hills, but not here. The base is a dehydrated till it is crispy and it’s topped with sensibly seasoned broccoli, mushrooms for that umami depth and drizzled with macadamia “cheese”.

The secret, to such deliciousness if you ask me, lies in its generous amount of sauces, freshness and the quality of produce. At a time where going plant-based was still niche, and restaurants opening and closing are a weekly affair, The Living Cafe stood at the forefront and survived through these years.

This to me was only possible because of the huge amount of respect paid to the raw produce, and figuring out the best way to extract flavour. It was a far cry from what restaurants were (and are) still doing — so many still rely on animal-derived products to deliver taste than incorporating the richness of plants in flavour mediums.

And for that reason, The Living Cafe is a true gem I hold close to heart. In a world that’s already decidedly cruel, the least we could do, is be kind.

vegan food The Living Cafe
Azimin Saini
Editor
Azimin Saini is the Editor of Lifestyle Asia and manages the team in Singapore. He has been told the sound of his backspace is like thunder through the clouds. On a regular day, he has enough caffeine in him to power a small car.
Restaurant Review Chef Interview Entrepreneurs

Review: After 20 years and a pandemic, Saint Pierre emerges more polished than ever

All the new food and drink menus for August 2020