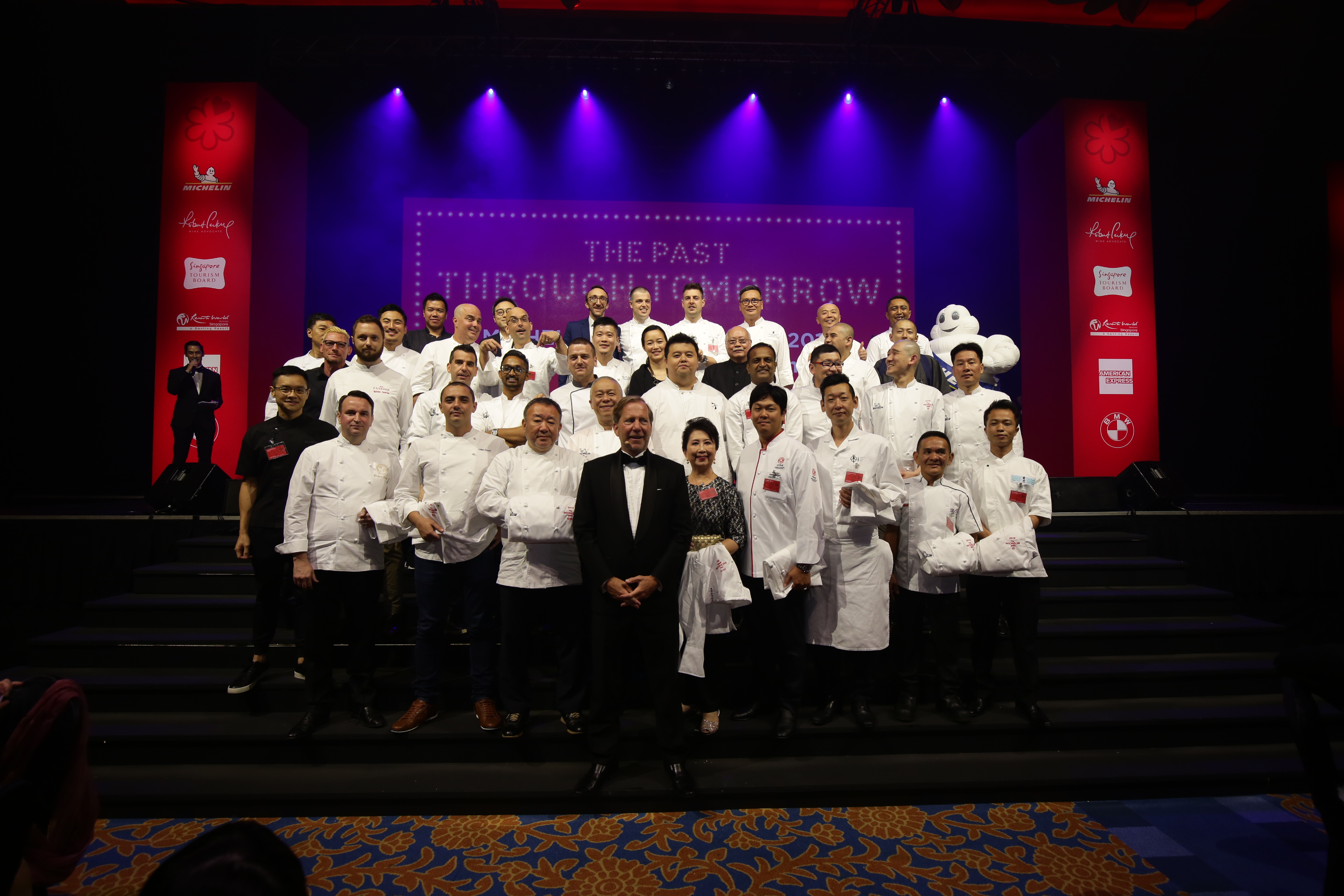 Michelin Guide Singapore 2019 to be revealed on 17 September

Now that World’s 50 Best Restaurants has come and gone, Singapore’s restaurants are gearing up for another momentous gastronomic event. After months of anticipation, Michelin Guide Singapore announced that it will be hosting its fourth edition on the 17th of September.

2019’s edition is set to be an exciting one to look forward to. In the past year since the last Guide, Singapore welcomed many promising prospects in its ever-growing dining scene. Offshoots of international Michelin-starred restaurants have mushroomed up. Meanwhile, locally renowned restaurants such as Odette are becoming highlights in the global dining scene.

Following the closure of Joel Robuchon Restaurant in 2018, the Michelin Guide Singapore has not had a three-Michelin-starred restaurant. This year, dining pundits are hoping to see a new establishment take home the prestigious recognition.

Anonymous Michelin inspectors review each restaurant or eatery based on five criteria: quality of ingredients used; mastery of cooking techniques; harmony of the flavours; expression of the chef’s personality in the cuisine; and consistency.

The new Guide, along with the revelation of its new roster of Michelin-starred restaurants, will be accompanied by a gala dinner at Capella Hotel Singapore. This year, the event is themed ‘Kitchens of Progression’ and will focus on food sustainability. To place emphasis on this, the dinner will highlight ingredients sourced from suppliers practising ethical and sustainable farming methods.

Chefs Guillaume Galliot and Kelvin Au Yeung of three-starred restaurants Caprice and Jade Dragon will collaborate with Saawaan’s chef Arisara ‘Paper’ Chongphanitkul and other local chefs for the dinner event.

In the buildup to the grand event, the Guide will also reveal its Bib Gourmand list a week before the announcing its starred restaurants. The Bib Gourmand selection highlights eateries that offer ‘good quality, good value cooking’.

Tickets to the gala event are now available for purchase at a cool $599 per head. The Guide can also be pre-ordered before the official announcement.

Michelin Guide Singapore 2018 Michelin Guide Singapore 2019
Jasmine Tay
Senior Writer
Jasmine Tay is the dining, culture and jewellery writer. She makes fine silver jewellery and causes mini-explosions in the kitchen when she can't afford fancy dinners. Sometimes she tells people what she thinks about art, and binges on the music of Danzig when they don’t agree.
Dining Culture Jewellery