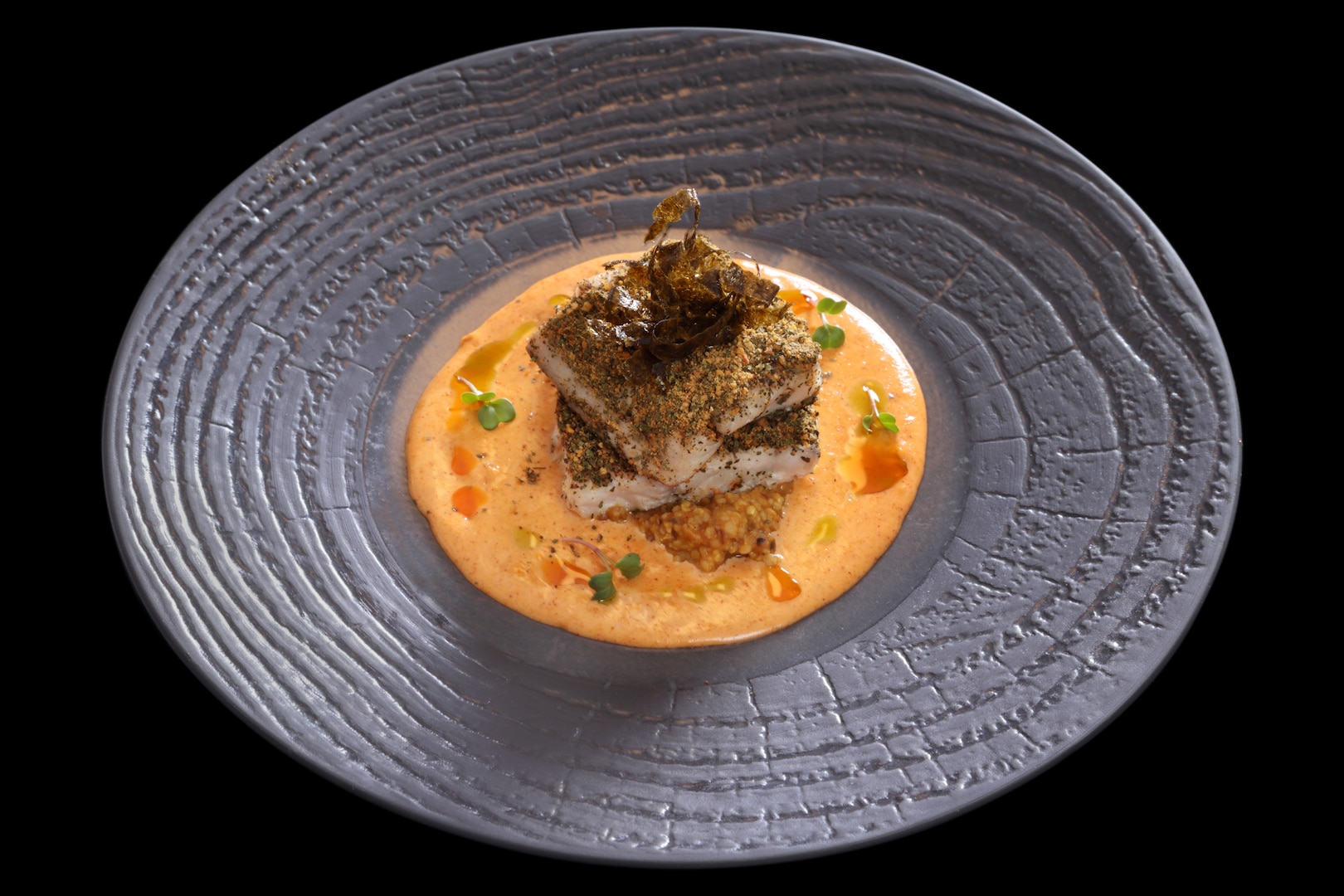 Mothers know best. That has certainly held true for Chef Alfred Prasad and his career trajectory. An application sent to the Institute of Hotel Management, Chennai, by his mother without his knowledge back in 1990 is what set the wheels of fate in motion to produce one of India’s most awarded chefs. In a career that has spanned more than 25 years, Chef Prasad has helmed the kitchen of the celebrated Tamarind in London, got a Michelin star at age 29, and retained it for 12 straight years.

Chef Prasad has now brought his expertise to The Oberoi Delhi, where he has come onboard as the consulting chef for Omya, which turns one next year. Chef Prasad has always followed a philosophy of ‘Heritage, Health, and Happiness’, which also reflects in the seasonal menus he develops for the restaurant. “Heritage could be the provenance of an ingredient or history of a recipe. As chefs we’re not just ambassadors of our cuisine but also of the right way to eat. Happiness is synonymous with hospitality, at its core of giving guests an experience they cherish and makes them return.”
In the latest menu, take your pick from Gunpowder Crusted Fish, Malabar Pepper Chicken, Gucchi Biryani, Phool Rezala, and many more. Crafted with a vision of simplicity and purity, the restaurant brings to the table locally sourced ingredients balanced to create clean flavours and textures. “My signature stamp is to retain the purity and authenticity of the flavour profile of our dishes and yet add value by presenting it in a way that’s pleasing to the eye,” he shares. 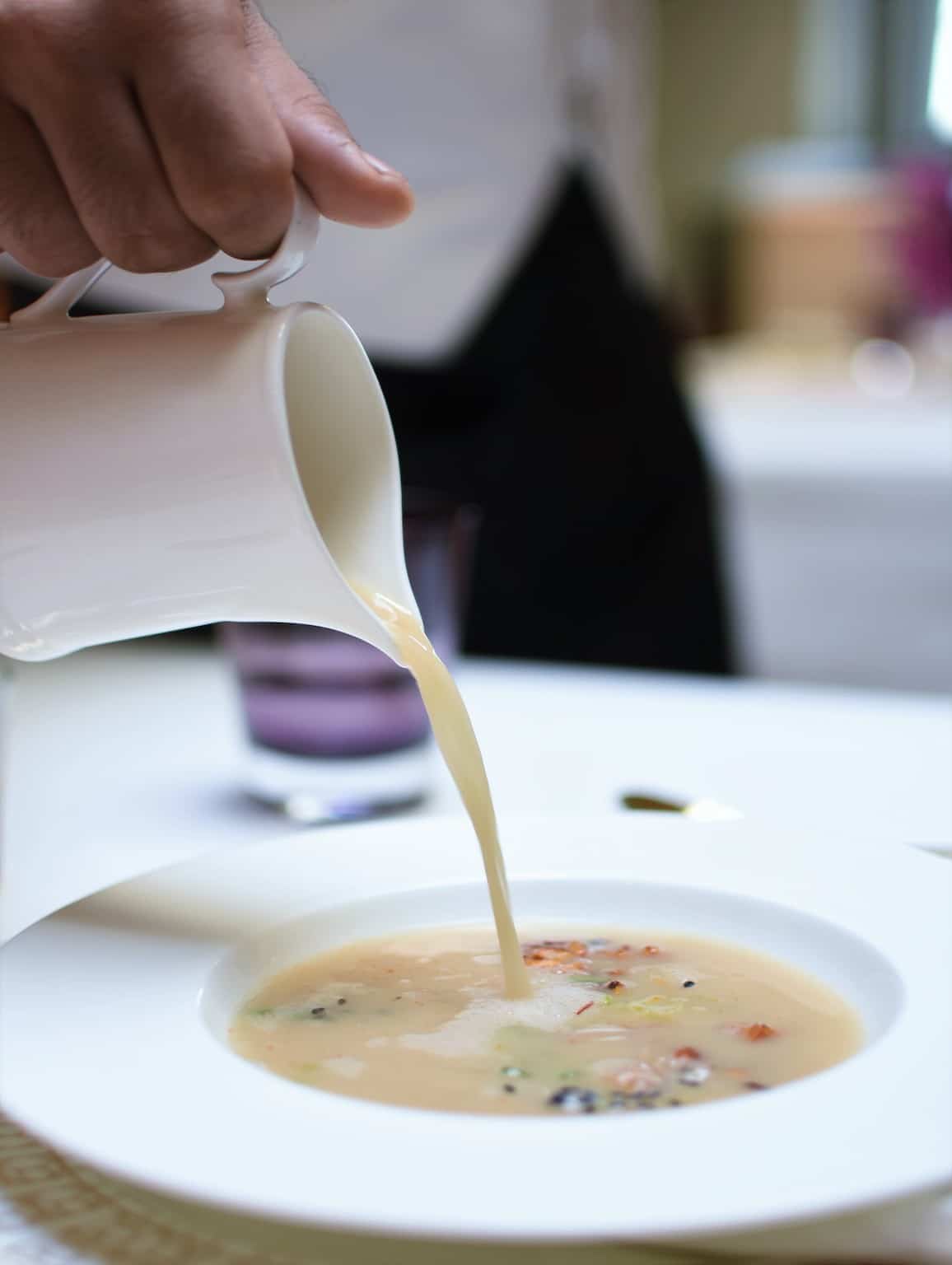 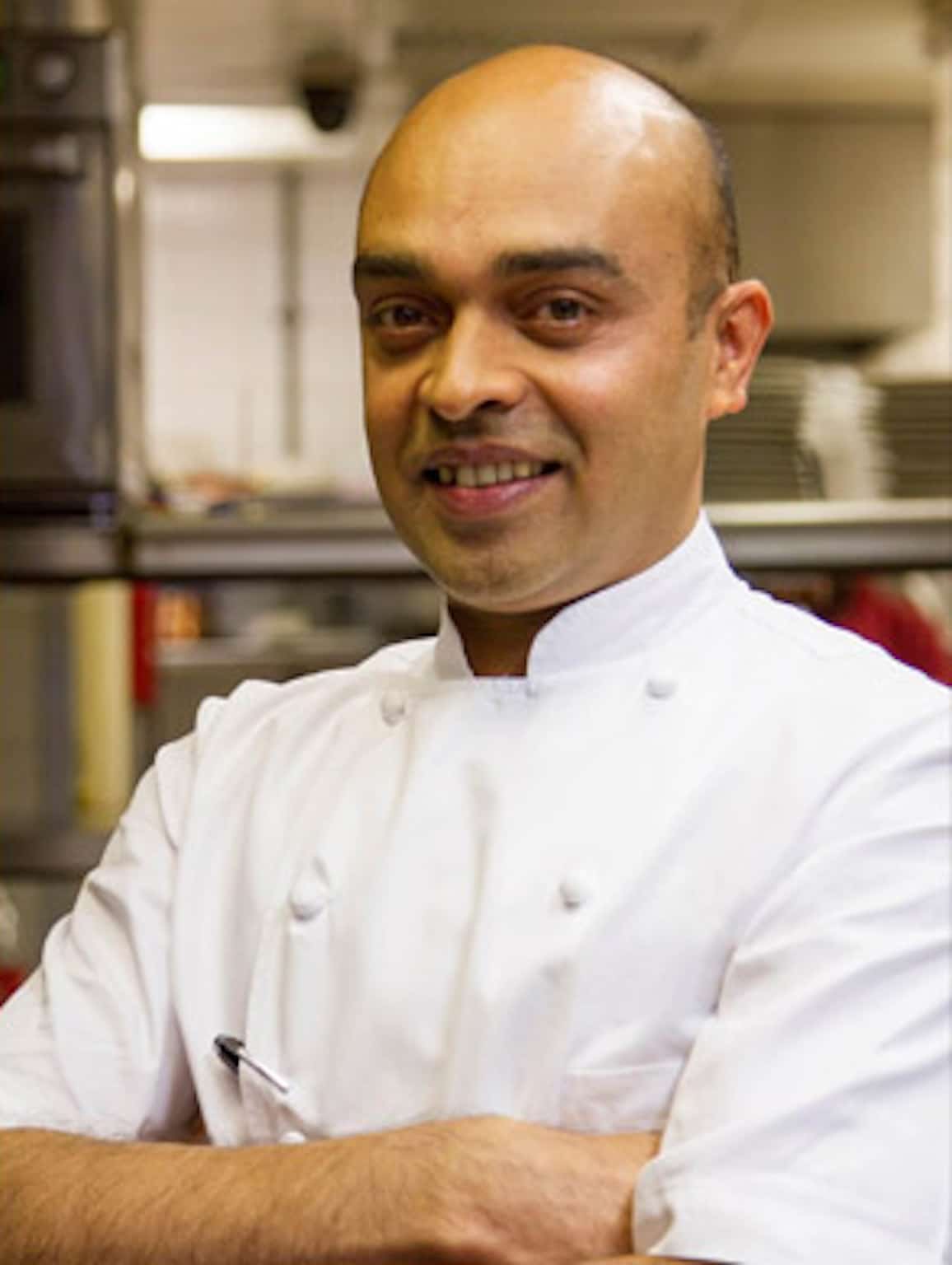 Prasad cut his teeth at top Indian restaurants such as Bukhara and Dum Pukht at ITC Maurya Delhi, where the first seeds of his food philosophy were sown. By 1996 he was heading Dakshin at ITC Park Sheraton, Chennai. With the word of his skilled Indian cuisine spreading far and wide, three years later he got a call from Camellia Panjabi, owner of Chutney Mary and Veeraswamy in London, asking him to head the latter.
“I was 26 then, everything I owned fit into a suitcase, and it was an easy decision to move to London.” However, catering to a British palate that was already accustomed to a certain taste was something he did not enjoy during his stint at Veeraswamy. And so ,when the offer to join Tamarind came in 2001, he made the move to an association that lasted 14 years. In a short one year at Tamarind, Prasad brought the restaurant its first Michelin Star, a streak that continued for the next 12 years that he was there.

“As a chef I’m in the perfect career that allows me to amalgamate art and science,” he says about bringing together his love for science and cooking. While chef bid adieu to Tamarind in 2015 to consult with restaurants across the globe, it wasn’t until Omya that an opportunity to work in India emerged. Back after 18 years, he is aware of how much the industry has changed. “When I left India, chefs were hesitant to innovate or adapt. Chefs in India certainly took notice when Indian restaurants in New York and London won Michelin Stars. Them taking inspiration from this and the Indian clientele being more travelled has helped Indian cuisine take off in the last decade.”
As he furthers the cause of merging authenticity of Indian cuisine with creativity, Prasad looks on to opening his own restaurant in London soon. There’s also a book on the cards. In the meanwhile, catch him at one of his visits to Omya when he’s revamping the menu each new season.
All images: Pranav Bhasin

Interview Indian Cuisine Michelin star Michelin-starred chefs Oberoi Hotels and Resorts Michelin starred restaurant
Megha Uppal
Senior Associate Editor
An innate love for travel and food has translated into many a trips since childhood for Megha; it also fed her curiosity to know about local cultures. When not writing, she is on the lookout for three things: A great dark chocolate dessert, a beautiful pool where she can practice her backstroke, and art that she can save up for.
Travel Culture Food Drinks

Love sourdough? You need to grab a seat at the new Drunken Farmer