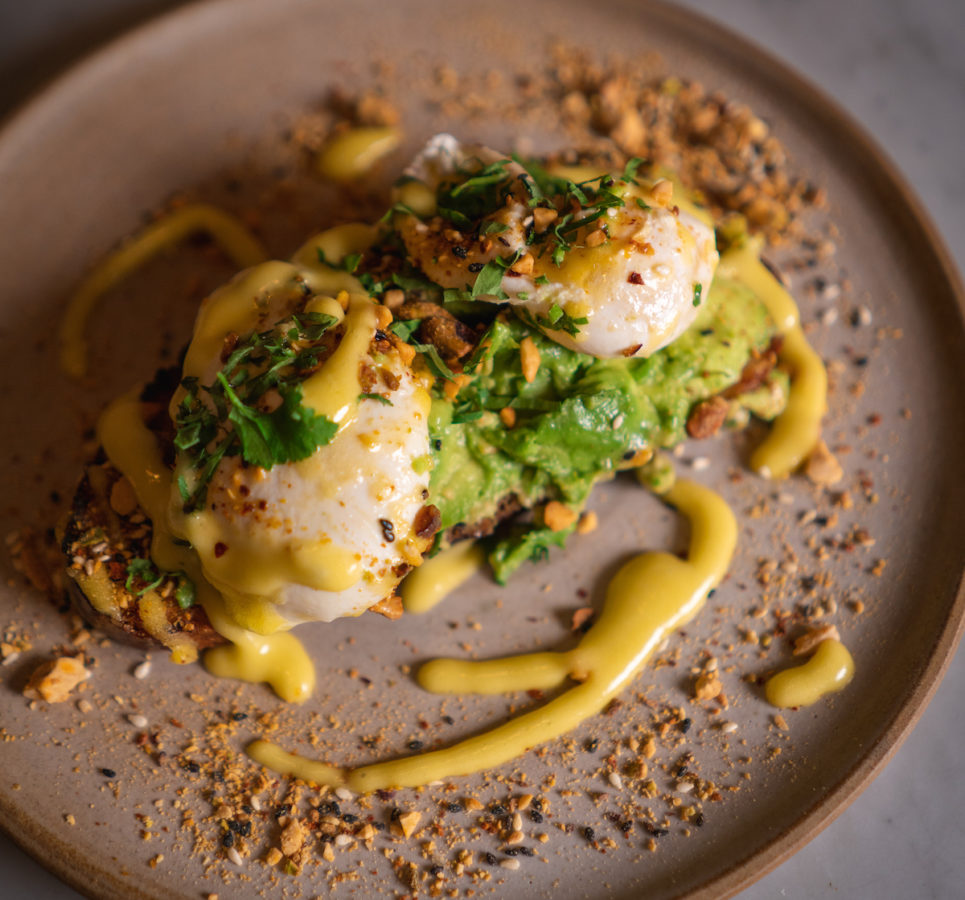 At Lifestyle Asia, the food and drink team has a sworn duty to bring our readers the latest and greatest in Singapore’s gastrosphere.

We’re not just honed in on the new restaurants and new bars worth your time and dollar. Attention is also given to establishments we know and love, who have given their offerings a little zhush to remain relevant in the shark-infested waters of our F&B landscape. Here’s a spotlight on the new menus of February 2020 so you can revisit familiar favourites, from Fat Prince’s new brunch spread to MO Bar’s travelling cocktails.

It’s not just the kouign aman and almond croissants anymore — Tiong Bahru Bakery has just given us more to blame it for when it comes to our tightening waistlines thanks to its latest all-day breakfast concept. Housed in the bakery’s outlets at Funan and Raffles City Shopping Centre, the fresh concept, known as Tiong Bahru Bakery diner, is all about slow food you want to gobble down fast. We’ll name drop a miso whole wheat spaghetti with broccolini (S$19++), organic eggs benedict (S$22++), and a 100 percent sourdough waffle (S$21 or S$23++) made with a 158-year-old starter, all courtesy of French chef Paul Albert, who cut his teeth at Rio de Janeiro’s sourdough hub, The Slow Bakery, prior to joining the TBB team.

Summerlong zones in on plant-based dishes

Summerlong’s new head chef, Fotis Kokoshi, is bringing plant-based and seafood to the fore with his new menu for Mediterranean restaurant, Summerlong. Classic Grecian dishes like tzatiki and spanakopita, along with Turkish delights such as imam bayildi all have a place on the menu and are made with ingredients sourced from small-batch producers in the region, giving you a taste of the Mediterranean without having to board a flight.

Middle Eastern gastro-bar, Fat Prince, debuts a Saturday brunch menu, proving that Sunday isn’t the only day to turn up. Brunch classics like a full breakfast or avocado toast get a Middle Eastern spin, like the Fatteh Breakfast (S$24++), which has poached eggs, halloumi and falafel, for example. Those big on feasting can opt to upsize their brunch option, if you will, with either free-flow booze at S$59++ or a course menu, known as the Royal Brunch (S$49++), which comes with a mimosa, a brunch special, dips and dessert.

Preludio enters the next chapter

Preludio was designed as a restaurant that changes its theme as it grows. A year ago, it entered with the Monochrome concept, serving dishes entirely in black-and-white, which was as visually arresting as it was for the tastebuds. The next evolution for the restaurant is a menu predicated on Time, with plates that are a testament to memory, the passage of time, the seasons, and personal stories.

One-Michelin starred restaurant Alma by Juan Amador is now on-board the plant-based train. Its refreshed menu now includes vegetarian degustation offerings, be it for lunch (S$49++) or a five-course dinner (S$138++). The freshest seasonal greens are crafted into surefire hits like salt-baked celeriac and Waldorf salad — so good, you won’t miss the meat.

Mandarin Oriental’s MO Bar has refreshed its menu, moving from an exploration of Asia’s flavours to a journey around Asia itself. The folks at MO Bar Singapore worked with bartenders at renowned bars around the region to conceptualise the 16 drinks on the menu, of which four are non-alcoholic. These joint ventures result in surprising flavour combinations, including a kimchi and alcohol-free soju beverage and a cocktail made with Agricole Rhum from Hanoi that is mixed with apple and guava. Cocktails range from S$12++ for non-alcoholic versions, to S$24++.

Dining new menus
Beatrice Bowers
Features Editor
Beatrice Bowers writes about beauty, drinks, and other nice things. When not bound to her keyboard, she moonlights as a Niffler for novels and can be found en route to bankruptcy at your nearest bookstore. Don't tell her boss.
Drinks Beauty