All the new restaurants in Singapore to try this October 2019

The new Michelin Guide Singapore is a resounding statement of today’s dining scene. While established names are star favourites, new restaurants have shown that stepping out of the comfort zone can be very rewarding. Basque Kitchen, a new one-starred restaurant by chef Aitor Jeronimo, is proof that a lesser-known cuisine can stand out as long as passion and good food are on the plate. Fellow newcomer Cheek Bistro is a strong reminder that ‘being fancy’ isn’t a necessity in creating a successful restaurant. After all the celebrating, Singapore’s dining scene continues to trawl on. Perhaps, recognising the need to refresh and be different, renowned restaurants and restaurant groups are taking a step further in offering something new. 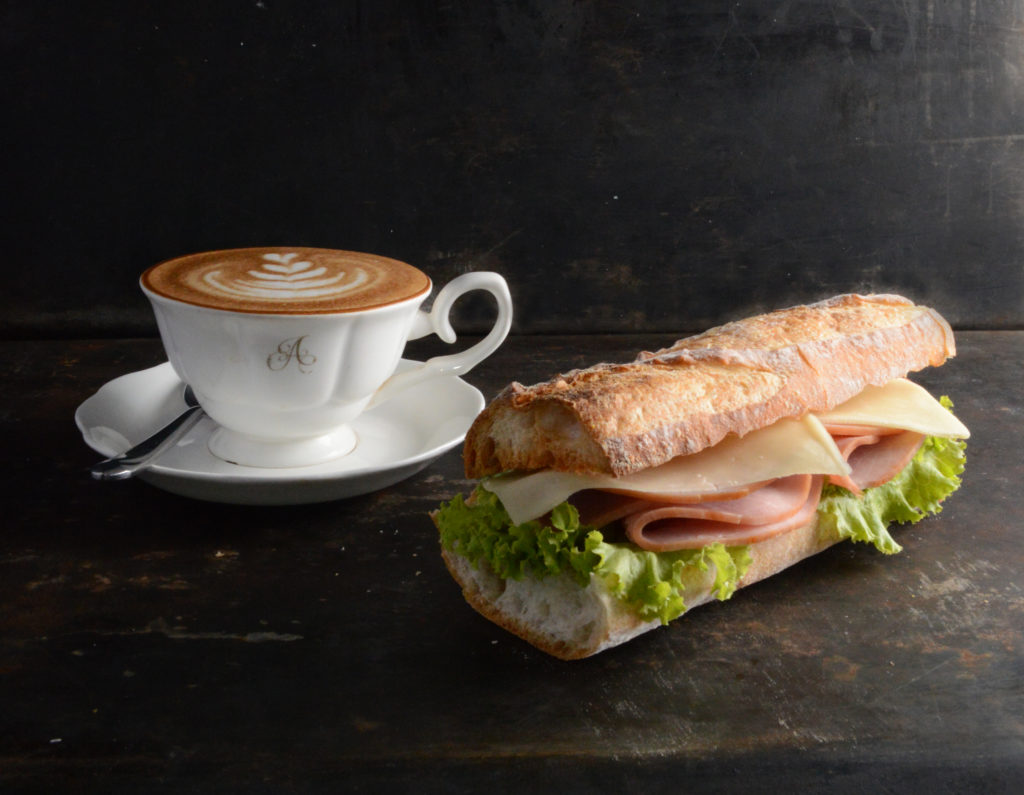 Antoinette’s opulent Mandarin Gallery patisserie is no more. But, it has been replaced with a more contemporary outlet in the CBD. Its latest Millenia Walk space is inspired by Parisian cafes, offering cosy indoor seatings and an ‘al fresco’ area stretching across the mall’s atrium. Besides souffle pancakes and fresh bakes, the menu here also sees Millenia Walk exclusives such as crepes and sandwiches. CBD dwellers battling out the morning rush should also take note of the cafe’s breakfast menu which offers fast and delicious bites.

After a 60-year hiatus, Marrakech’s famed Bacha Coffee has resurfaced along with new cafes around the world. The luxury brand has just made its Southeast Asian debut in ION Orchard with an exclusive 30-seater cafe and boutique. Here, visitors can pick their poison of choice from a curation of 200 single-origin 100% Arabica coffee beans roasted in-house. There’s also a menu of traditional Morrocan sweets and baked goods along with Bacha’s signature croissants. 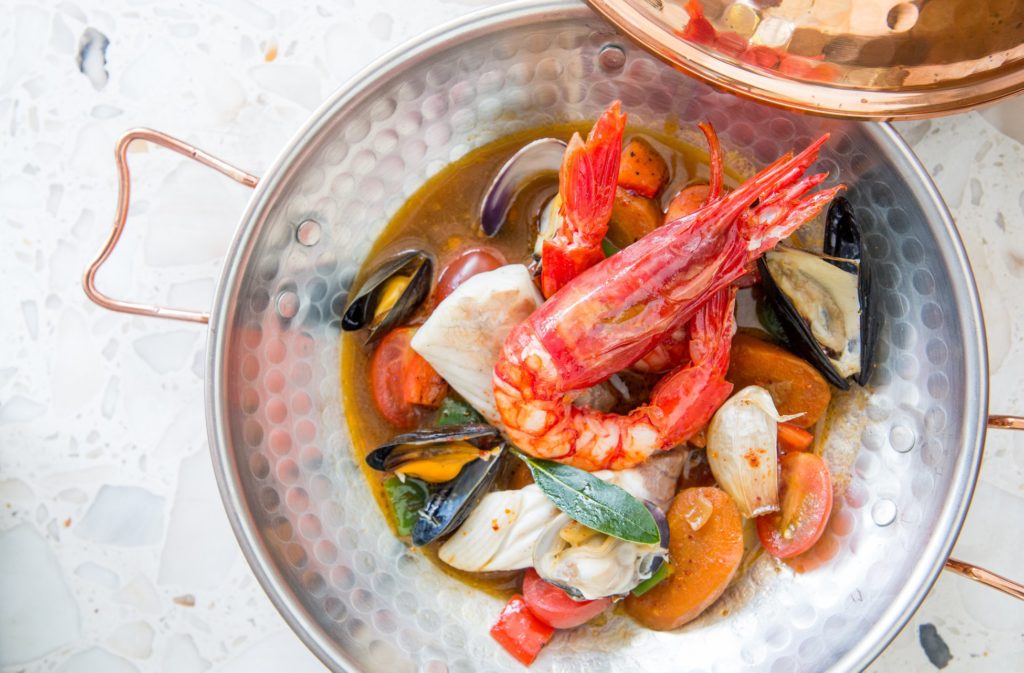 Chef Alain Ducasse is known to be a bit of a risk-taker, having switched his three-Michelin-starred flagship Alain Ducasse au Plaza Athenee to a fish-and-cereal only menu. At the Raffles Hotel, the renowned French chef has taken on a new unique concept at the Bar & Billiard Room. BBR by Alain Ducasse is his first Southeast Asian restaurant and his first take on Mediterranean cuisine. Along with this, the 122-year-old lounge has taken on a contemporary facelift with casual lounge seatings and open kitchens where diners can check out chefs at work. The menu sees a mix of small plates and mains from Portugal, Spain, Italy and France, perfect for sharing with friends. 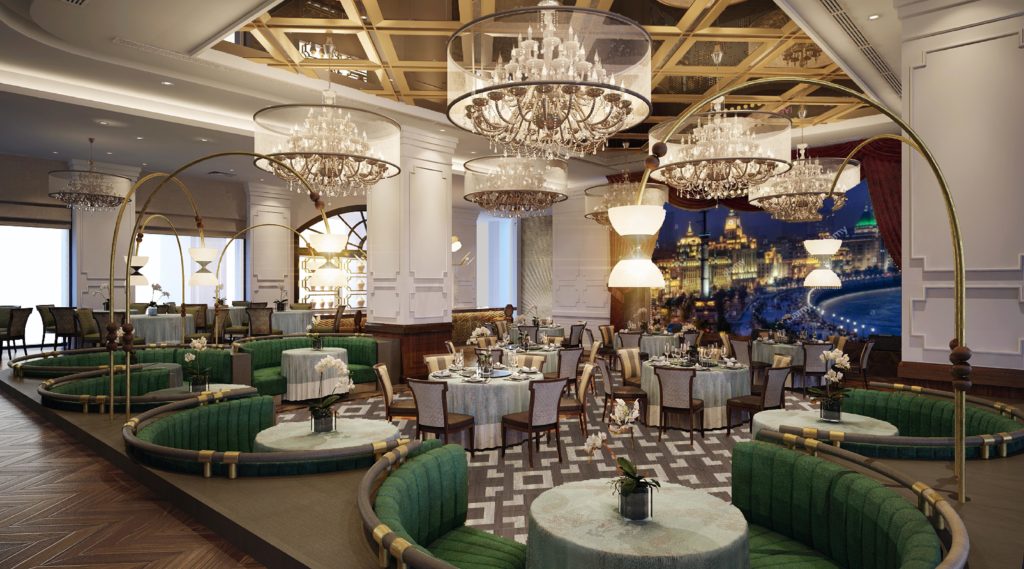 Grand Shanghai, an iconic destination for authentic Shanghainese cuisine, has re-opened to a gorgeous new look and a refreshed menu of visually-attractive dishes. Gone are the deep-red tablecloths and old chandeliers. Grand Shanghai moves on to a contemporary look peppered with art deco details, inspired 1930s Shanghai. The menu, executed by new chef Jacky Tang, is still very much rooted in Shanghainese cuisine. In line with the interiors, dishes have also adopted a more modern slant with presentation and culinary techniques. Take for instance the signature ‘Light and Shadow’ Duck, a glowing amber tower made of osmanthus syrup with paper-thin duck skin and deep-fried lotus chips stacked around it. Dimsum remains on the menu. 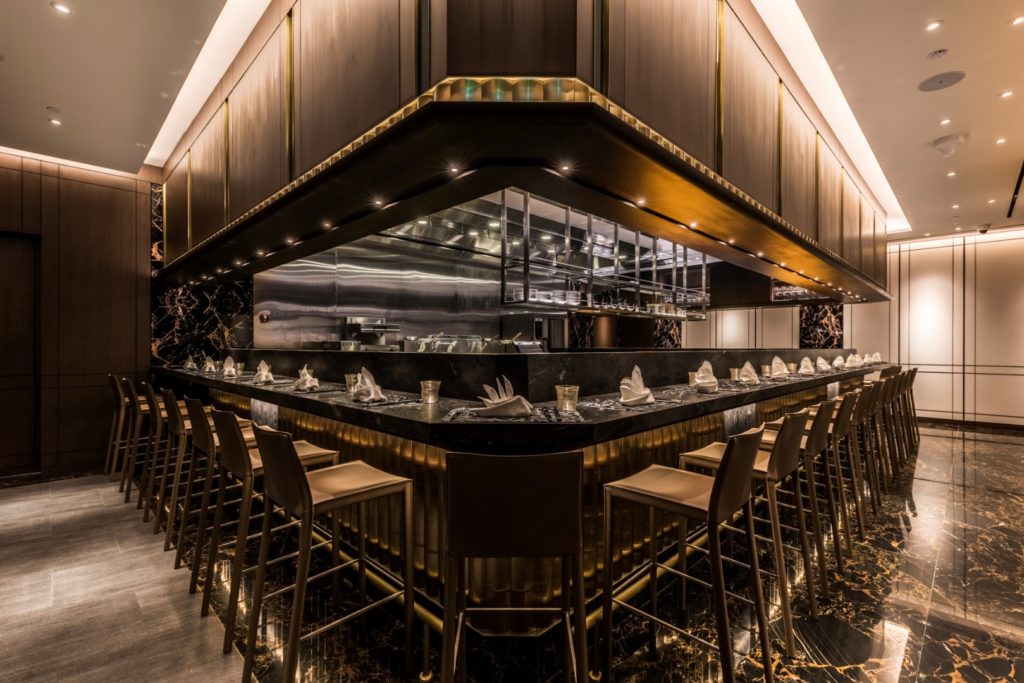 Since having scored a couple of Michelin stars around the world, Imperial Treasure has been trying to up its restaurant game. This innovative ambition has surfaced in the still-renovating Great World City as the Imperial Treasure Tasting Room. The new fine-dining concept is hidden with Imperial Treasure Cantonese Cuisine, offering a more personal approach to Chinese dining. The highlight here is the open kitchen counter, which takes inspiration from Japanese sushi counters, which sees chefs busying about woks and ovens. What’s also interesting is the menu, which is structured as a list of small plates for individual diners rather than a communal experience. Of course, there are private dining rooms available for those who prefer a more traditional experience. 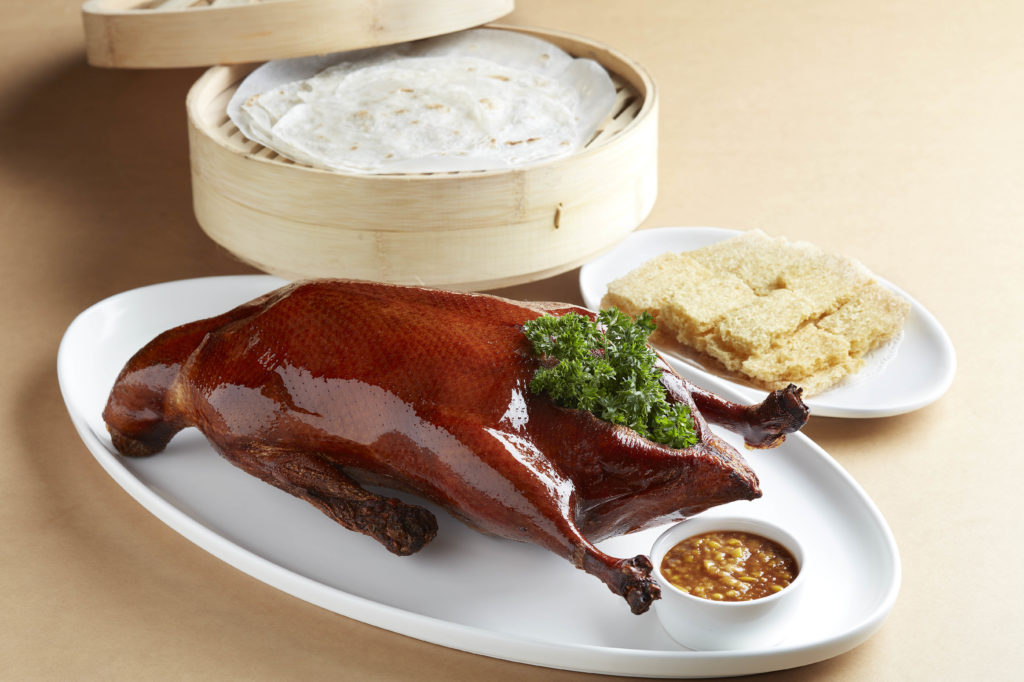 Kai Duck is the lastest dining venture by Kai Garden, revolving around the Cantonese-style Peking duck. The restaurant aims to make Peking duck less of a pricey, formal affair and more a casual dining option with millennials in mind. An entire duck can be had for $68. But for those looking for something less indulgent (and more affordable) can opt for more modern creations like sliders, handrolls and crackers and handrolls stuffed with Peking duck. Besides duck, the menu also has classic Chinese dishes like soups and dim sum. 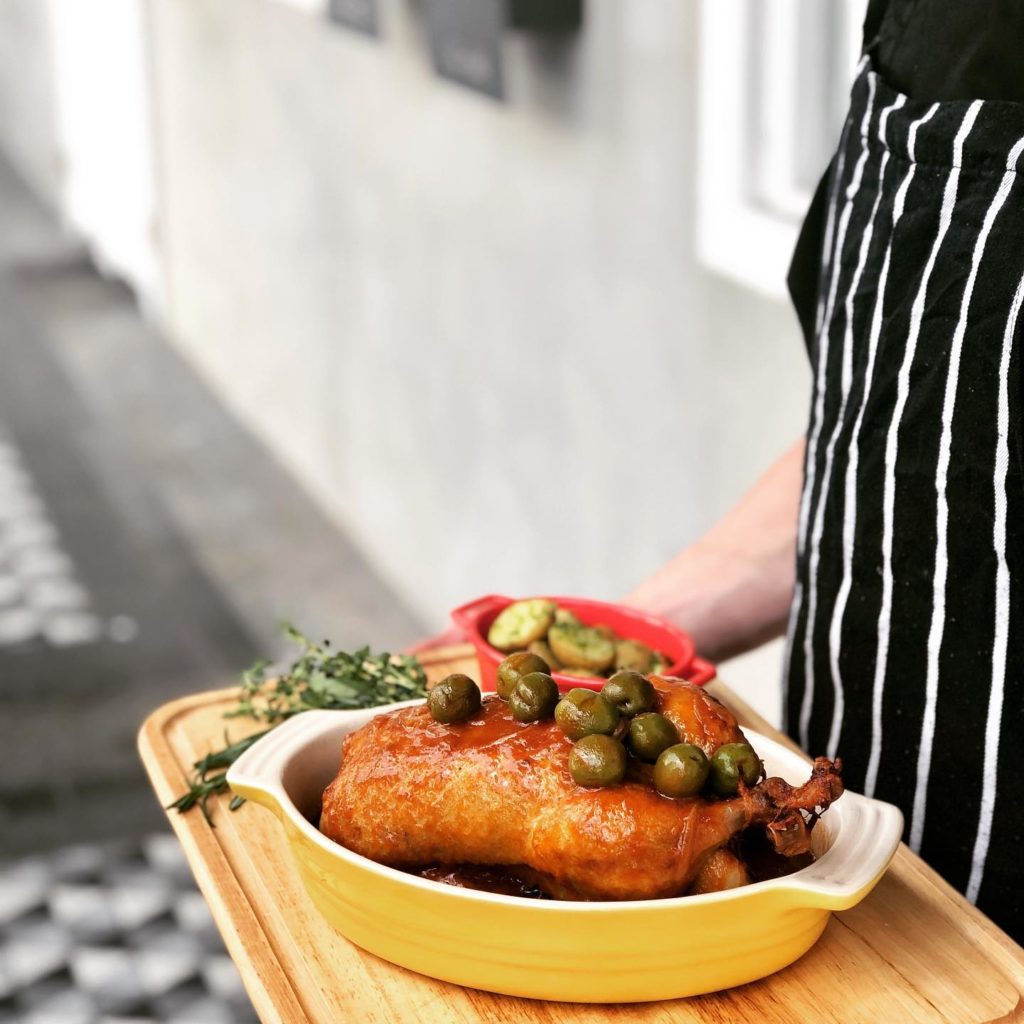 Mag’s Kitchen, which has been a well-known fixture in Boat Quay, has now moved on to a new location in the Keong Saik gourmet enclave. At this new bistro, chef-owner Magdalene Tang continues to hold dear a couple of things from her old-school flagship: the open kitchen, a love for homely French fare and good wine. Expect dishes like foie gras terrines, roast duck and a selection of steaks. 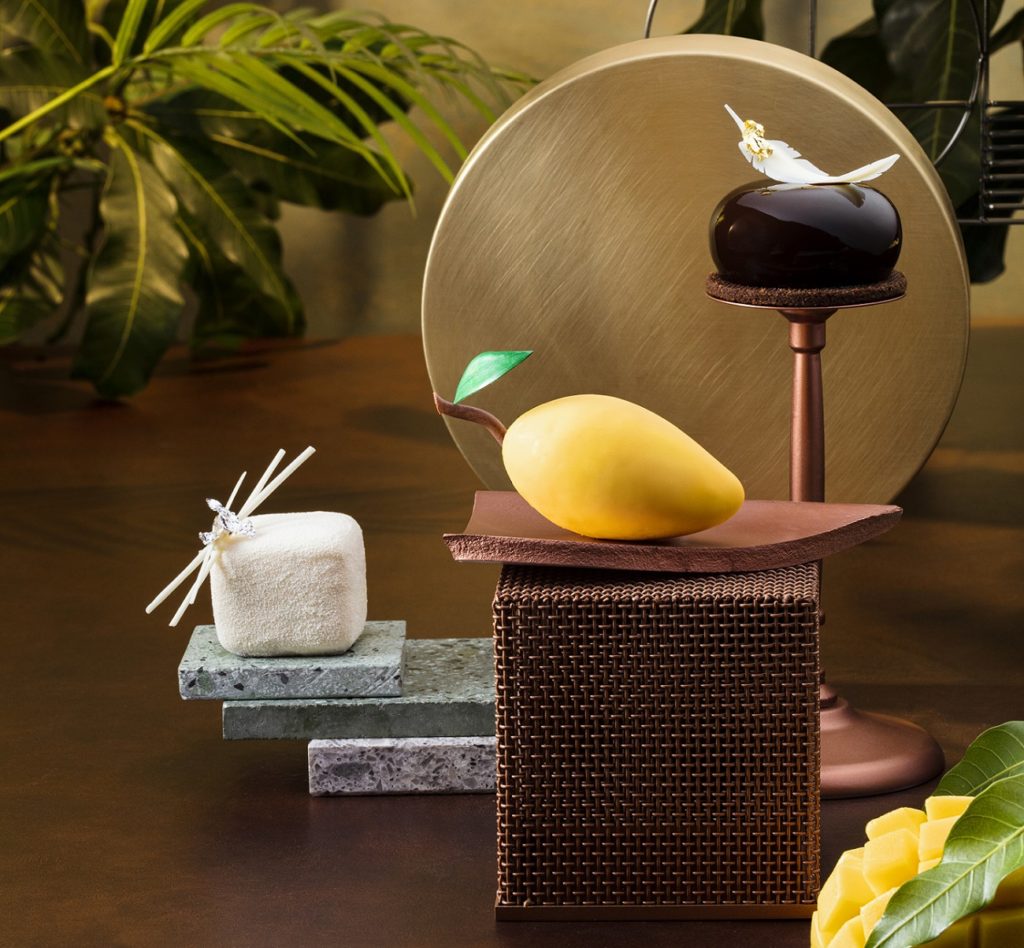 While readying for some blockbuster dining offerings (like Mott 32), Marina Bay Sands has been working on more casual concepts around the property. The latest one is Origin + Bloom, a European-inspired patisserie with pastries, chocolate and cake freshly prepared by the hotel’s chefs. Chef Antonio Benites, formerly from Pierre Hermé Paris and the now-defunct Joël Robuchon Restaurant, now leads as the resort’s executive pastry chef and introduces here an array of beautiful cakes (think a mango-shaped cake stuffed with mousse, jelly and a touch of Sarawak pepper) and classic French sweets. Sandwiches here are a must-try as well. Go for ‘The Whole 9 Yards,’ an extravagant sandwich stacked with layer after layer of gourmet hams, sausages and cheeses.

Jasmine Tay
Senior Writer
Jasmine Tay is the dining, culture and jewellery writer. She makes fine silver jewellery and causes mini-explosions in the kitchen when she can't afford fancy dinners. Sometimes she tells people what she thinks about art, and binges on the music of Danzig when they don’t agree.
Dining Culture Jewellery