Home > Food & Drink > Dining > Plant-based chicken arrives in Singapore, and you can try it at the Grand Hyatt 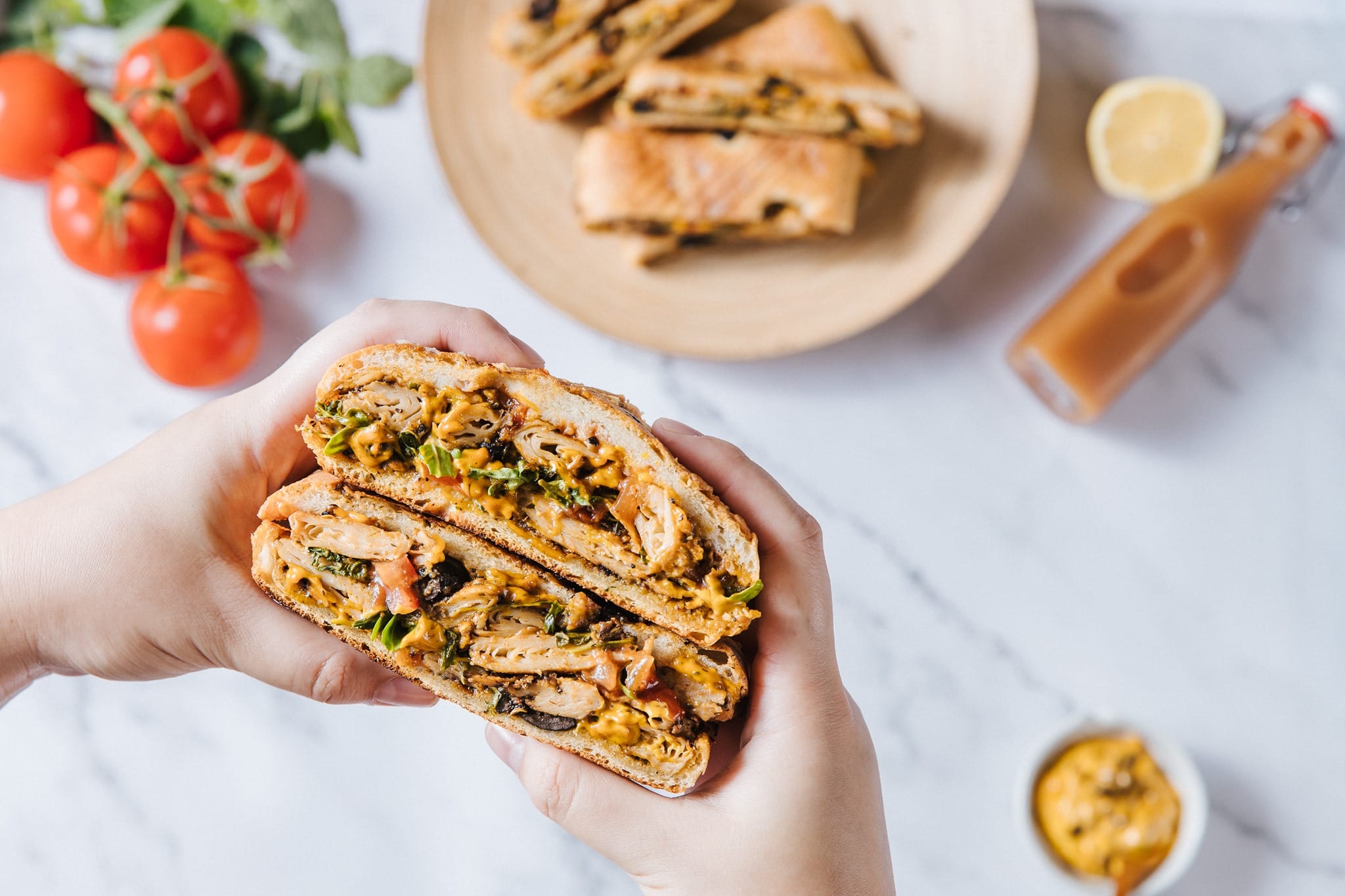 Plant-based chicken arrives in Singapore, and you can try it at the Grand Hyatt

Food & Drink
Plant-based chicken arrives in Singapore, and you can try it at the Grand Hyatt
Share this article
Next article

The advent of Impossible Foods and Beyond Burger proved one thing: people are hungry for mind-blowing plant-based alternatives. It’s shown not just to be great on the plate, but also a fantastic gold mine. Food laboratories have been making advances at breakneck speeds in an attempt to score the next big thing in the world of plant-based alternatives.

Barcelona-based food innovator Foods for Tomorrow has more ambitious goals. Founder Marc Coloma wants Heura, a new plant-based chicken, to be more than just an ‘alternative.’ Heura is to be the ‘successor’ to meat.

Food & Drink
Is plant-based dining in Singapore a passing trend? Experts weigh in

The soy-based protein tastes, well, like chicken. Cliches aside, Heura has proven to be convincing enough in both texture and taste. Legendary Spanish restaurant El Cellar de Can Roca is working to include the ‘meat’ in its fine-dining offerings. Other Spanish restaurants have also followed this move.

Curious diners won’t have to travel to Spain for a bite of ‘chicken’. On 12th September 2019, Heura will be making its first Asian debut at Grand Hyatt Singapore as part of the Green Monday sustainable movement.

As part of the launch, Grand Hyatt is offering a range of dining options. A food truck parked outside the hotel will be serving paninis with focaccia and vegan mozzarella as well as tortillas with cashew nut sour cream featuring grilled Heura. Diners can also choose to go for a full-out vegan barbecue with Heura, organic greens, wines and cheeses.

Food & Drink
Impossible Foods has landed. Here’s where to grab a bite in Singapore

This isn’t the first time the hotel has introduced plant-based protein to its restaurants. Grand Hyatt was the first to bring in Beyond Burger to Singaporean diners with a food truck, an event which drew crowds of curious diners.

Like the Impossible Burger patty, Heura’s filets are made up of soy protein which contributes largely to structure and bite. The ingredient list seems to be a lot simpler as well: there’s olive oil as well as salt and a mix of spices for flavour. These filets are also low in saturated fat, contain no gluten and hold a high content of vitamins and fibre.

Currently, Foods for Tomorrow has Heura available as filets and strips which work better with sandwiches, tacos and grills.

But Grand Hyatt will be putting Heura to the test.

From 16th September onwards, Grand Hyatt will be adding the plant-based protein on its permanent menu. Besides the panini and tortilla, the hotel will be serving up a Thai green curry dish and a Sichuan wok-fry with Heura at Mezza9.

The future of plant-based alternatives is firming up more and more each day. Heura’s proof that vegan meats can go beyond imitating beef is a hopeful sign for better things to come.

Jasmine Tay
Senior Writer
Jasmine Tay is the dining, culture and jewellery writer. She makes fine silver jewellery and causes mini-explosions in the kitchen when she can't afford fancy dinners. Sometimes she tells people what she thinks about art, and binges on the music of Danzig when they don’t agree.
Dining Culture Jewellery
Sign up for our newsletters to have the latest stories delivered straight to your inbox every week.