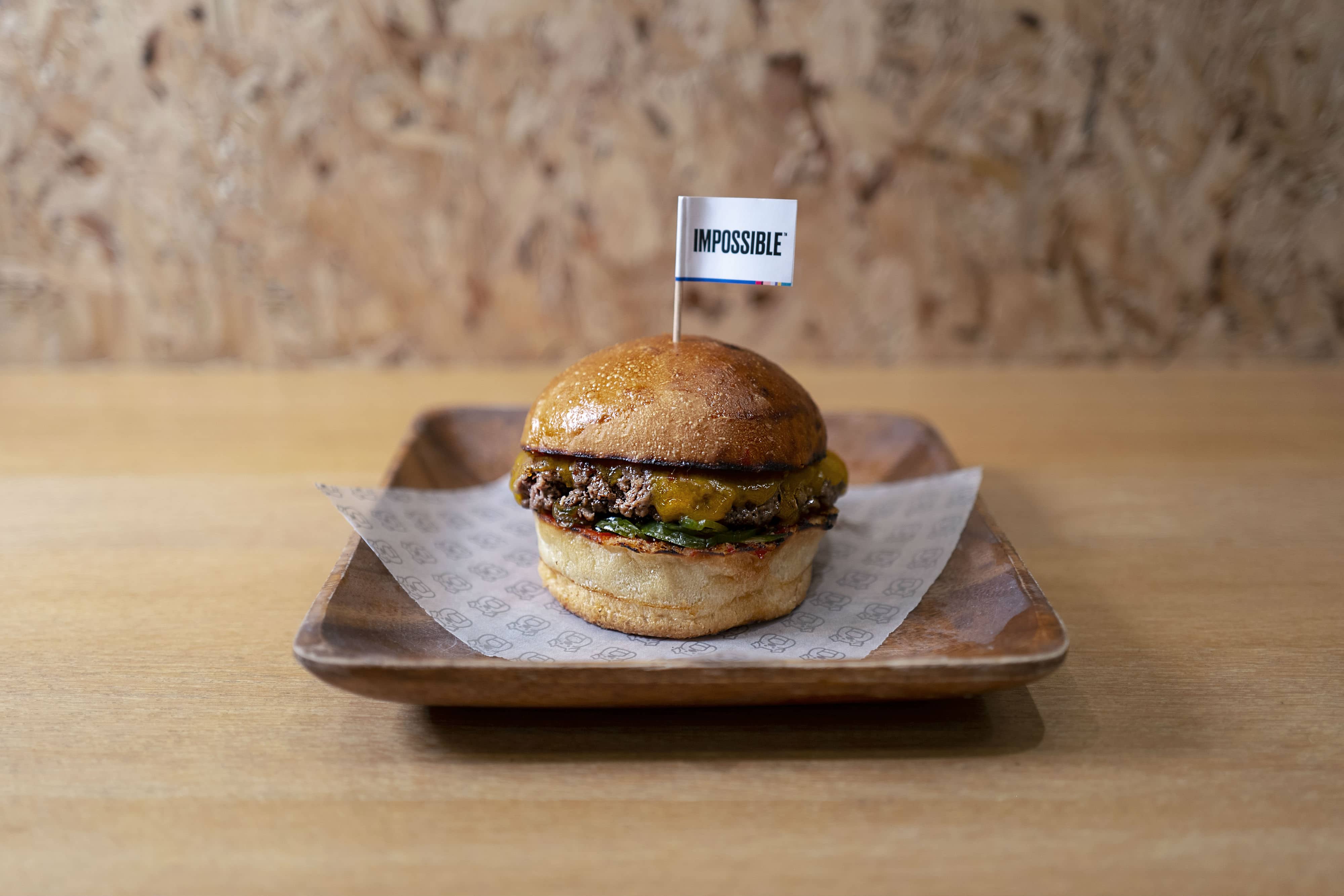 Is plant-based dining in Singapore a passing trend? Experts weigh in

Food & Drink
Is plant-based dining in Singapore a passing trend? Experts weigh in
Share this article
Next article

In the world of gastronomy, where chefs pride themselves in finding the best cuts of meat and the freshest seafood, it would seem that there’s no pride in it for going vegetarian.

Yet as more vegan eateries mushroom in the food scene, along with new food innovations like ‘bleeding’ burger patties and hyper-realistic ‘fish’ filets, it’s getting harder to turn one’s nose up on the trend. Plant-based dishes are convincing even the most dedicated of carnivores.

More importantly, it is about facing up to the issues of food sustainability. While the world cheers for sustainable fashion, automobiles and grooming products, dining is at the very forefront of the discussion. As we eat, it’s easy to ignore the resources used or wasted in the process of making each well-plated dish.

Plant-based dining sounds like the right answer to the issues of food sustainability. But there are questions that need answering: how will it change our food and is it actually going to stay?

We ask experts in the F&B industry — from chef to entrepreneurs — to weigh in on the issue.

Food & Drink
Impossible Foods has landed. Here’s where to grab a bite in Singapore
What's the local reception towards plant-based diets?

There is a large portion of the local population that have plant-based diets due to religious beliefs and this has always been the case.

Outside of that, there has definitely been a movement towards plant-based diets due to other reasons. I feel like interest in plant-based diets has grown as Singaporeans become more conscious of their carbon footprint and an increasing number of establishments in the F&B sector have started introducing plant-based meat in their menus to feed this interest.

When we first started Souley Green in 2016, selling products at pop-ups, people didn’t know what being vegan was about. Now, just three years later, ‘veganism’ has become such a widely understood term. That’s a massive shift! More stores are offering plant-based options, making it easier to dine out with non-vegan friends/family members as compared to 5 years ago.

With plant-forward cuisine trending in the food scene, vegetable-focused dishes are definitely getting more attention from conscious diners. Diners who have more conventional mindsets of meat-focused mains are also pleasantly surprised at how hearty and fulfilling plant-based dishes can be.

Who are these conscious diners?

Conscious diners can be found across generational groups, however, a larger proportion of them are in their 20s and 30s. People are increasingly interested in how their food is sourced and produced. The motivating factor driving this is not just about individual health benefits, but also because people are more aware of the collective ecological impact that the practices in the food industry have on the planet.

We get a range at Saint Pierre, from older religious patrons to the young 20-somethings who are open-minded and want to experience something new/different. Once in a blue moon, we get a request for a vegetarian menu. Now, it’s almost a daily affair and so we provide a vegetarian menu on standby all the time.

How do you think going vegan or vegetarian will work in cuisine?

People have a misconception that plant-based desserts are tasteless and texturally inferior. But with all the conventional ingredient substitutes available these days, vegan treats are going mainstream. I think vegan desserts and non-vegan desserts are different. There are many desserts that taste better vegan, and some that don’t and shouldn’t be. You have to be clever when it comes to deciding what to bake — always take into account the ingredients available.

My dishes are intimately linked to the seasons and I source for local produce at their peak freshness. Most importantly, we stay true to our root-to-stem cooking philosophy and employ varying cooking techniques to extract an ingredient’s best possible flavour while retaining its overall integrity.

This aligns with my cooking philosophy — to always cook with the pure intention of serving good food in which nature’s best seasonal ingredients are at the heart of dishes; to highlight the ingredients’ inherent purity and intrinsic flavours, and to showcase the story behind each dish.

Do you think plant-based dining is a trend that will be phased out or is it here to stay?

With things like global warming, extinction of species, the depletion of our seas and — more importantly — cruel and wasteful animal farming practice, it is inevitable that people’s dining habits have to change before it is too late.

On the other side of the coin, meat alternatives are getting better, making it easier for people to switch from meat without losing the ability to enjoy their favourite foods. So definitely plant-based dining is not a fad but an inevitable evolution of how people have to eat in the future.

To me, plant-based dining isn’t a trend – tempeh, for instance, has existed for centuries as a high protein ingredient in Java and it’s only now that it’s seeing global recognition as a superfood. In fact, throughout mankind’s history, there’s always been communities that thrive on vegetarian diets whether out of faith or necessity. Entire civilisations are built on plant-based diets. It has always been here and it will continue to be here. The difference now is that non-vegetarians are opting for more diverse protein sources not derived from animals. Judging by the uptake and availability, it’s definitely here to stay.

I think it will stay because it needs to stay. Earth cannot sustain a meat-eating society. For sustainability reasons, this trend will stay and it will become a necessity.

Vegan Impossible Foods plant-based dining
Jasmine Tay
Senior Writer
Jasmine Tay is the dining, culture and jewellery writer. She makes fine silver jewellery and causes mini-explosions in the kitchen when she can't afford fancy dinners. Sometimes she tells people what she thinks about art, and binges on the music of Danzig when they don’t agree.
Dining Culture Jewellery