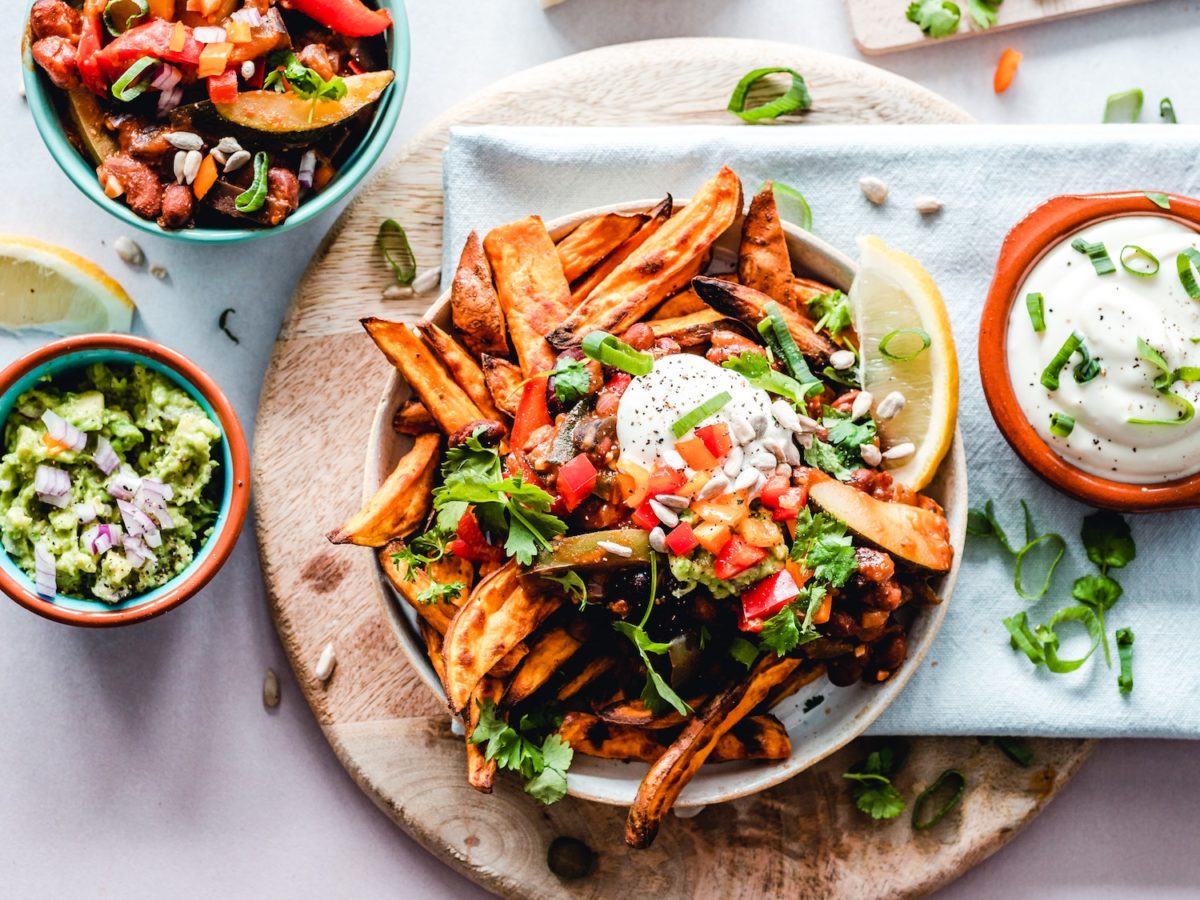 I watched as this girl struggled to open her lunch box with her free hand. The suspense was, like, killing me. “I’m going plant-based right now!” she declared with a flourish, yanking open the slightly sweaty tupperware lid to reveal, not a salad, not some tofu, but rice topped with potatoes. I clicked unfollow faster than it took to blink.

We’re thick in the age where it’s never been easier to go plant-based. Information and advocacy are everywhere, all these resources preaching the undeniable benefits of a plant-based diet. The idea is simple: eat less meat, embrace the greens, help yourself and the planet. The past year alone has seen the conversation around vegetarianism and veganism enter the mainstream, in large part thanks to the rise in availability of plant-based “meats” from companies like Impossible Foods, Beyond Meat, Quorn and more, along with all the attention garnered by that one documentary on Netflix, “The Game Changers”.

Seriously, it wasn’t jus Miss Rice and Potatoes. Every third person I saw on social media was flirting with a plant-based diet in one way or another, from plans to gradually reduce their meat intake to becoming vegan overnight.

These are laudable choices if made by someone armed with education and prudence. I spent a long bout of my adolescence as a vegetarian and I believe navigating proper nutrition when you’re on a plant-based diet is critical. The dark side of this green wave, however, surfaces when there is this blanket belief that plant-based automatically equates to healthy.

You might also like…
Food & Drink
Plant-based chicken arrives in Singapore, and you can try it at the Grand Hyatt
Food & Drink
Impossible Foods launches Impossible Pork and Impossible Sausage

The gospel of Impossible Meat became the way and the light, with a few people I know eating the protein three to four times a week, always with a side of fries and the faith that they’re doing their body a whole lotta good. I don’t know what planet they’re living on, where a burger a day equals good health, but I’d like to live in that world.

The companies behind these meatless products rarely even claim that their products are healthy. Beyond, Impossible Foods and co. are banking on fast food dollars to make a buck so health is not where their wealth is coming from. Their website also centres on the environmental, rather than nutritional benefits it offers. The tagline is “Eat A Burger. Save the World.” not “Eat A Burger. Save Your Waistline and Cholesterol Levels and Erectile Dysfunction.”

Eating refined carbohydrates round the clock may have less of a carbon impact than tucking into a steak, but good for you it is not. Supplementing your meatless meals with an Impossible Foods or Beyond “meat” patty twice a day is also questionable. Don’t get me wrong, I firmly believe that meatless meats are broadening the array of plant-based foods available, and I applaud the access it offers diners, but just because they share the same protein count as their animal counterparts does not give these replacements a free pass into nutritious territory.

These faux meats are more appealing than the all-starch mock “meats” your neighbourhood vegetarian stall fashions into everything as if it were edible Play-Doh, from prawns to chicken strips. Though a portion of Impossible Meat has a similar nutritional value to an equal portion of lean ground beef, it does reveal a higher saturated fat content (14g versus 5g), more carbohydrates (7g versus 0g), and pressingly, heaps more processed ingredients. The rest that share the category reveals the same dearth in nutritional value, though I won’t belabour you with numbers.

If you want to do the planet good, by all means, chow down on that meatless burger. Have your french fries. Order a (soy) milkshake to go. But don’t believe you’re doing your arteries any favours.

Any diet, especially a plant-based one, expects you to dial-in on knowing what nutrients your body needs to keep on and carry on in prime condition — this means getting familiar with your carbohydrate, protein and fat needs, at the very least, and trying to meet them with a diverse array of clean (read: not processed) foods. This doesn’t limit you to meals laden with strands of parboiled greens more shrivelled than grandma. We’re simply returning to getting our nutrients from ingredients in their purest form. Just not rice and potatoes. And if you do, for god sakes, keep it off Instagram and like, get on Google.

Dining Vegan Opinion Plant-based meats
Beatrice Bowers
Features Editor
Beatrice Bowers writes about beauty, drinks, and other nice things. When not bound to her keyboard, she moonlights as a Niffler for novels and can be found en route to bankruptcy at your nearest bookstore. Don't tell her boss.
Drinks Beauty