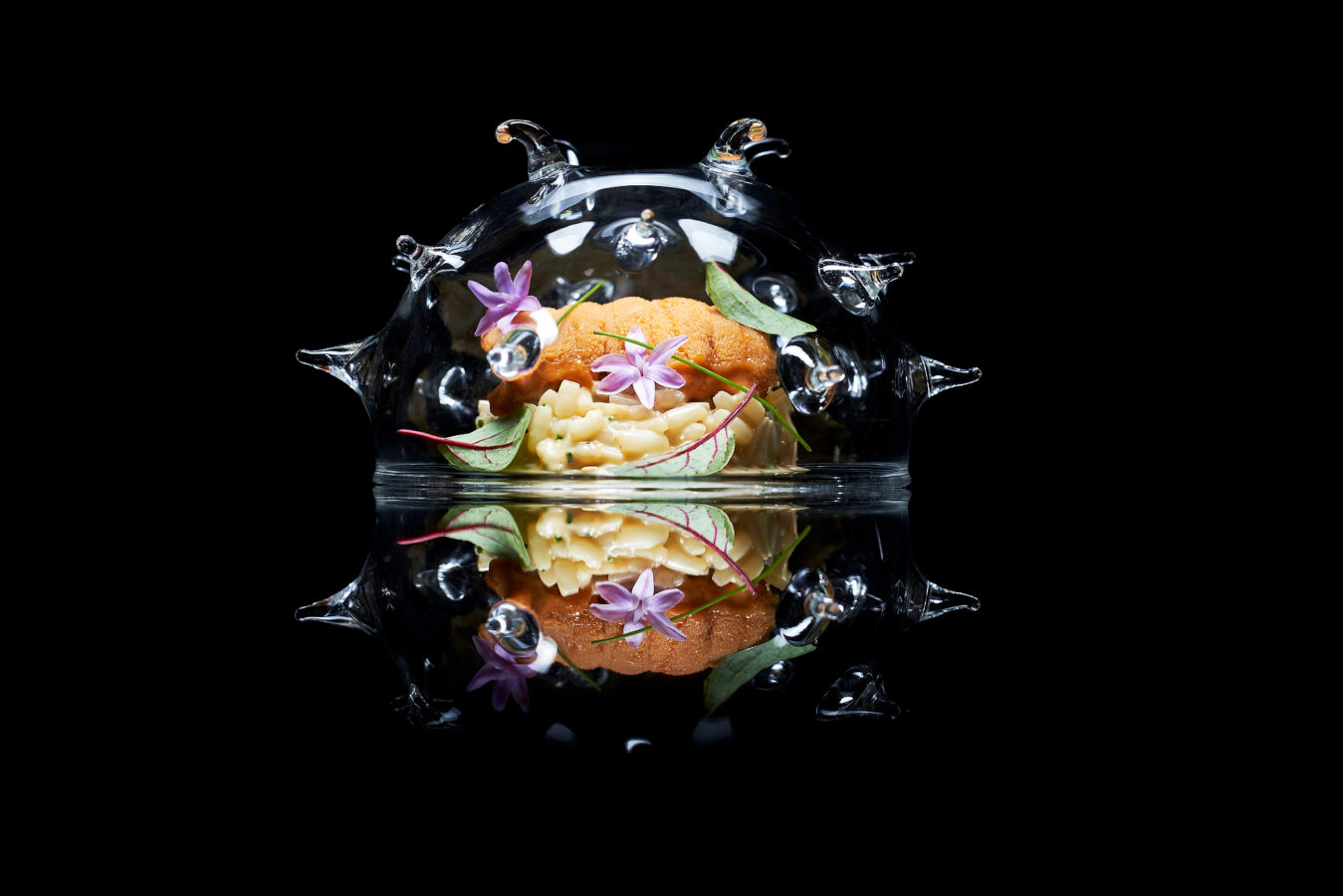 “If I have to eat one more modern, deconstructed laksa, I will leave,” I joked, somewhat melodramatically to my dining companion.

We were halfway through lunch at one-Michelin-starred restaurant Corner House — which made a massive splash when it first opened in 2014. Back then, Singapore’s dining scene was head over heels for celebrity chefs. Corner House was one of the few fine dining restaurants spearheaded by a Singaporean name.

That chef, the congenial Jason Tan, has left to open his own restaurant. In his place stands chef David Thien, a French native who was born in the border of Bordeaux. His roots: part Alasatian, part Corsican, part Chinese and part Mauritian has given a wide cultural context to launch a culinary career.

Thus today’s Corner House no longer has the four-part Cevennes onion dish nor the salted egg macarons. Instead, what greets diners is French-Asian cuisine that saunters down the pathway of Modsin — knowingly or not — with a little detour to Japan.

The first sign of this change is a bread basket that gleamed with a soft, flaky brioche laced with curried potatoes and squid ink youtiao to be paired with belachan butter.

Now, this new direction is not at all a terrible thing, but too much Modsin can be dangerous territory. So many have tried. Singapore’s culinary annals are pockmarked with the well-intentioned giving rise to frankenstein food over their stoves.

Chef David pulls it off — tightening big, bold flavours with tasteful restraint. And thankfully, without any modern riffs on laksa.

Take for instance the dish inspired by koo chye (or Chinese chives). Here, pan-seared Hokkaido scallops sit next to three strands of kway teow (yes it wasn’t hard to count them) and garnished with fava beans and snap peas.

This might look like a fairly atypical scallop and greens dish but the magic here is in that combination of koo chye sauce and the kway teow. The rice noodles are packed with flavour and wok hei despite looking deceptively pale — the result of searing it at high heat and then tossing it with garlic.

When eaten together, it was meant to be reminiscent of the fried noodles chef David had growing up, an annual affair as koo chye doesn’t grow in France.

Then there is the satay-inspired dish — a slice of Anxin chicken breast sits with seasonal vegetables. Instead of the sweet peanut sauce, chef David serves it up with Albufera sauce, made with foie gras and typically served with roast chicken. The result is a tender piece of meat that sings with the smokiness of satay and the richness of French cuisine.

Yet my personal favourite had no such Singapore-derived inspiration. And that was the tiny sea urchin shaped bowl that held the uni risotto. The dish, an ode to the brigade de cuisine’s teamwork, shows that ideas only get better when sharpened. Instead of risotto, charred beansprouts are cut to the consistency of rice and cooked in a sauce of mascarpone, parmesan cheese and sea urchin with a touch of ginger.

The assembly is pure genius; it is texturally sound where instead of mushy rice, the diner gets the yielding bite of beansprouts eaten with spoonfuls of that umami sauce.

Most of the dishes are fine, and executed with precision. But the restaurant falters when presenting all of them as a harmonious whole. The two-part wagyu beef main which took its cue from sukiyaki and ochazuke for instance, felt out of place.

It would’ve been delicious, but on a menu that sings a chorus of flavour, the two dishes barely registered a whisper.

If French-Asian was the direction the restaurant wishes to head toward, there needs to be greater diversity on the menu. As it is, I left with the impression that Corner House is skirting towards Modsin since only the two-part wagyu beef main was a clear shot at the Far East.

If this were so, it would be inevitable that diners will make a comparison with the likes of Labyrinth and the now defunct Wild Rocket.

It’s clear that chef David has a keen palate for flavour and the food is certainly able to hold its own when compared to other one-starred restaurants. That said, there is definitely room for him to grow and for that, Corner House deserves more visits.

Except if they introduce laksa.

Restaurant Review Corner House Michelin guide Singapore Chef David Thien
Azimin Saini
Editor
Azimin Saini is the Editor of Lifestyle Asia and manages the team in Singapore. He has been told the sound of his backspace is like thunder through the clouds. On a regular day, he has enough caffeine in him to power a small car.
Restaurant Review Chef Interview Entrepreneurs