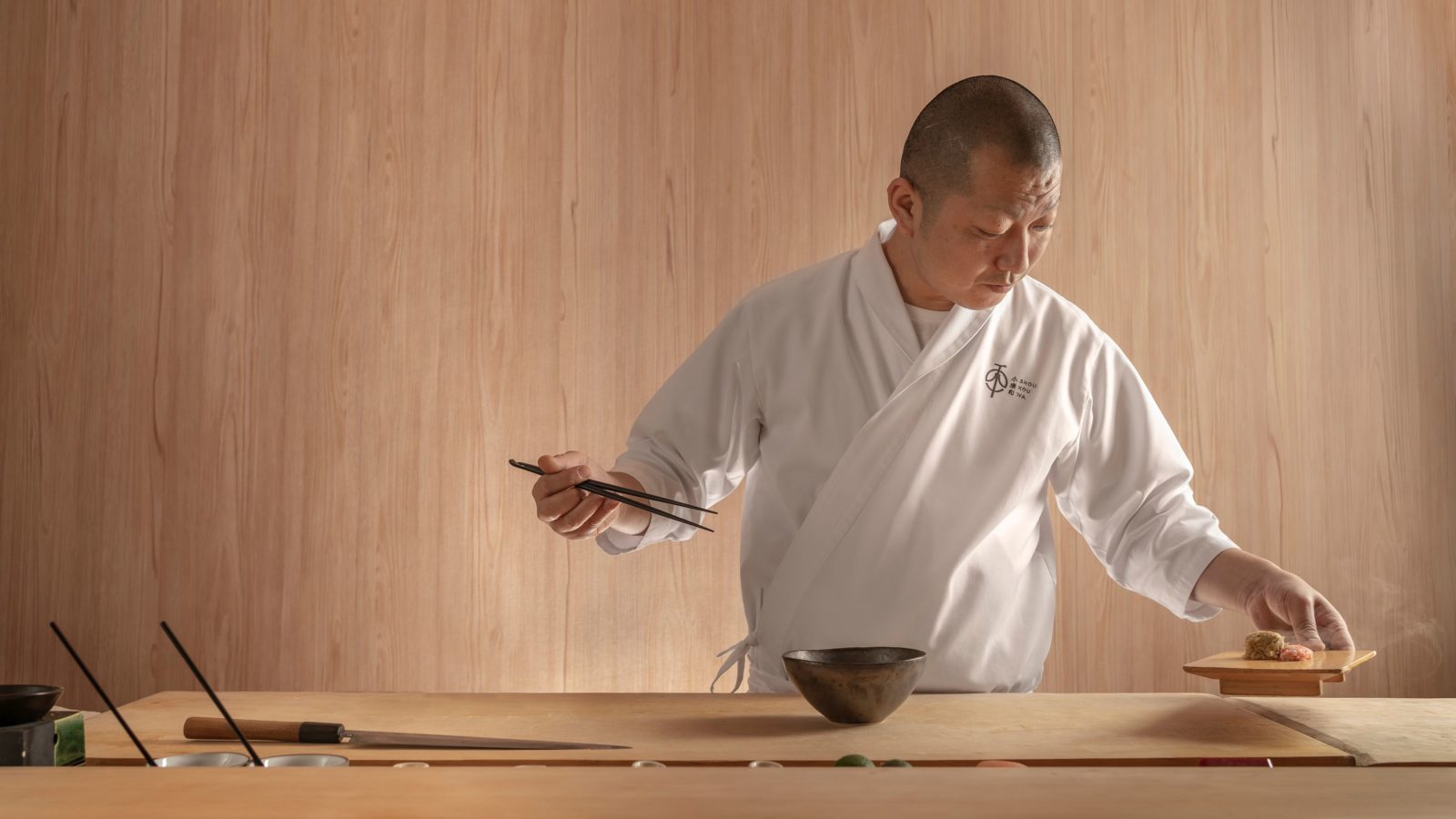 There are some Japanese restaurants that will deliver a refined omakase experience and thereafter, send you a bill akin to giving up your firstborn child.

Some of these restaurants fall flat.

Yet the magic of a premium sushi-ya is that it’s so easy to be charmed by the quality of ingredients, the zen silence of the space and the master sushi chef’s bewitching smile that you won’t even notice that the food is devastatingly average.

Shoukouwa Sushi Restaurant at One Fullerton is not one of them.

In fact, we’re here to say hand-on-heart that Shoukouwa is a restaurant par excellence.

The tiny space that accommodates a grand total of 10 diners (five in the main dining room and another five in the private room thanks to safe distancing) has been around since 2016, and is the only omakase restaurant with two Michelin stars.

When it first received them, it was not without controversy. Ardent supporters of Japanese restaurants wondered why it deserved such an accolade over its other similarly priced brethren.

Therein lies the difference. The flavours at Shoukouwa are far more nuanced with memorable combinations not seen elsewhere. After all, if you’ve had aged otoro in one restaurant, you’ve had a hundred. And while they are all delicious and lip-smackingly decadent, they tend to taste the same in similar restaurants. 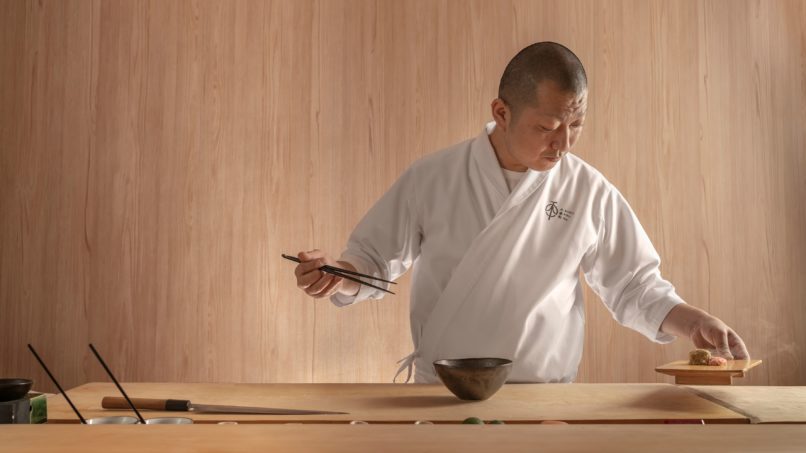 All this does come at a price. The Hana menu weighs in at a hefty $450++ where 16 dishes including 10 pieces of sushi will be prepared for you. That price sits at the highest end of Singapore’s Japanese culinary scene and goes towards flying in luxury ingredients sourced from Tokyo’s Toyosu Market four times a week. Yes you might have to fork out the equivalent of a return air ticket to Hong Kong but it’s not like you have anywhere to go do you?

These ingredients are treated in the hands of head chef Kazumine Nishida, who was born in Kansai and has spent two decades honing his craft. In his words, “I may have accumulated the skills and knowledge of a sushi craftsman from over 20 years of experience but one thing remains unchanged – to pursue the vow of perfection every day.”

Indeed, a meal at Shoukouwa is certainly close to what perfection looks like. 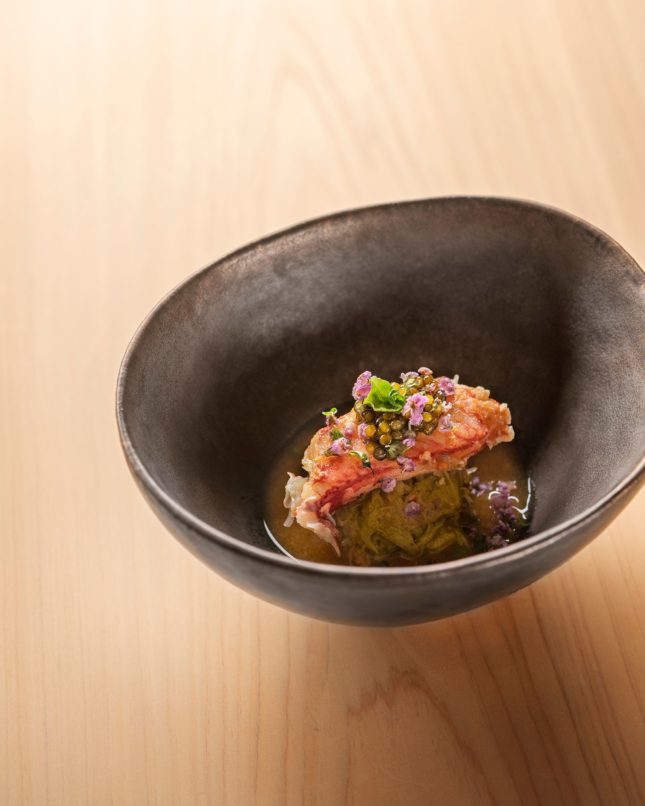 We start with the kegani, where slivers of steamed hairy crab from Hokkaido — which is otherwise lean and tenderly sweet — is paired with a rich, luscious sauce made from the roe of Shanghainese hairy crab and then topped with a gleaming mound of briny caviar and a scattering of shiso flowers.

The flavours worked together like a melodious symphony where each element has its role to play. Even the shiso flowers, pink as a ballerina’s skirt, added a sharp floral cadence.

Chef Nishida does not shy away from delivering several punches. Another remarkable dish to remember is the abalone, which is simmered in sake and water for up to eight hours and then a further two hours with the addition of kelp. 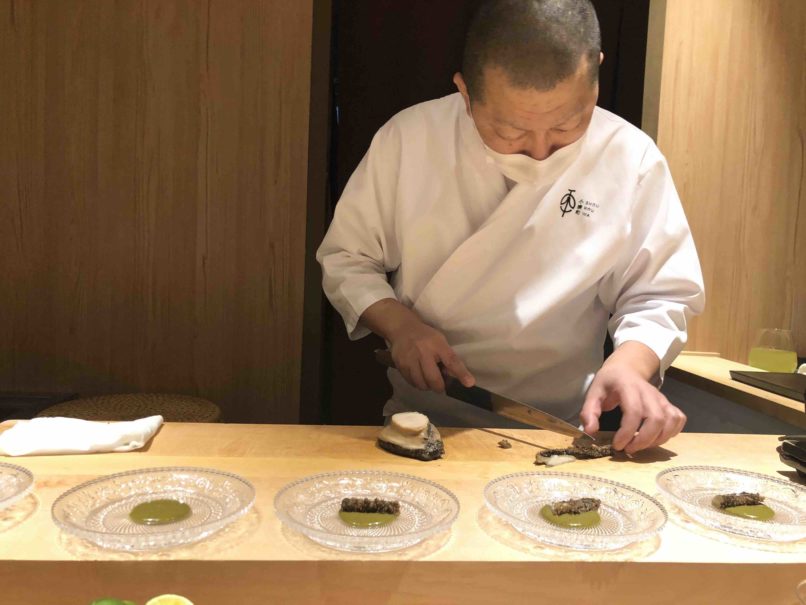 This magnificent beast is fished out of what looks like an urn, then sliced into delectable rectangles and served on abalone liver sauce. Like much of Japanese cooking, it’s deceptively simple. The presentation is plain but the melting gelatinous texture of the abalone meets the umami of that liver sauce with a lilting sweetness that spoke of decades of refinement.

Now take all this flavour philosophy and funnel it through the proceeding courses and what one will get is a study of how sushi should be done.

One course that stood out was the shiro ika, or swordtip squid sourced from Saga prefecture. It’s first finely diced, seasoned with salt and lime and wrapped in shiso leaves to be shaped. To serve, chef Nishida unwraps it and places it on the tip of your awaiting hand.

While wrapping the diced squid in shisho leaf does have a practical purpose of keeping it together while it’s shaped, the leaf also imparts a delicate flavour. 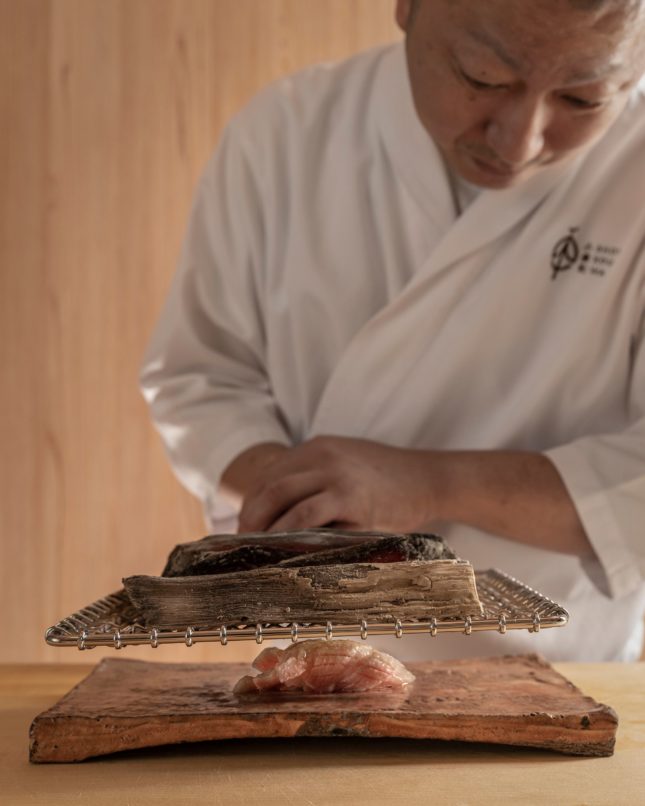 Our favourite sushi for that meal however, was the toro sushi. Here, tuna belly is first scored lengthwise then laid gently across a bed of pressed rice (a blend of grains from Ishikawa and Yamagata prefecture) which acts as a canvas and seasoned with a sprinkle of salt.

Rather than simply eating it as is, the chef brings out a handheld grill on which sits gleaming hot binchotan. The intention is to cook it slightly — enough for the tuna below to start sizzling.

This melts the fat content in the tuna, releasing all its juices as you bite into it.

Yet the piece de resistance for the entire experience has to be the nodoguro or Black throat seaperch. This is a rare sushi ingredient priced on par with the highest grade tuna and is simply grilled over binchotan and then served on a small bowl over rice.

“Press it down with the spoon,” we’re told. Doing so releases the fish’s fat much like the tuna which coats the rice. When a fish is that deliciously delicate on its own, nothing else needs to be done. The skin is crispy, the flesh is succulent and the fat that renders down to the bottom of the bowl was unapologetically rich.

These are just a few of the standouts at Shoukouwa Sushi Restaurant. After having visited too many premium sushi-yas that seemingly serve identical dishes with zero distinguishing qualities, one can fully appreciate how Shoukouwa stands head and shoulders above the rest.

We might just give up our firstborn to dine there again.

Your last-minute guide to the best CNY food, drinks, and delicious gifts