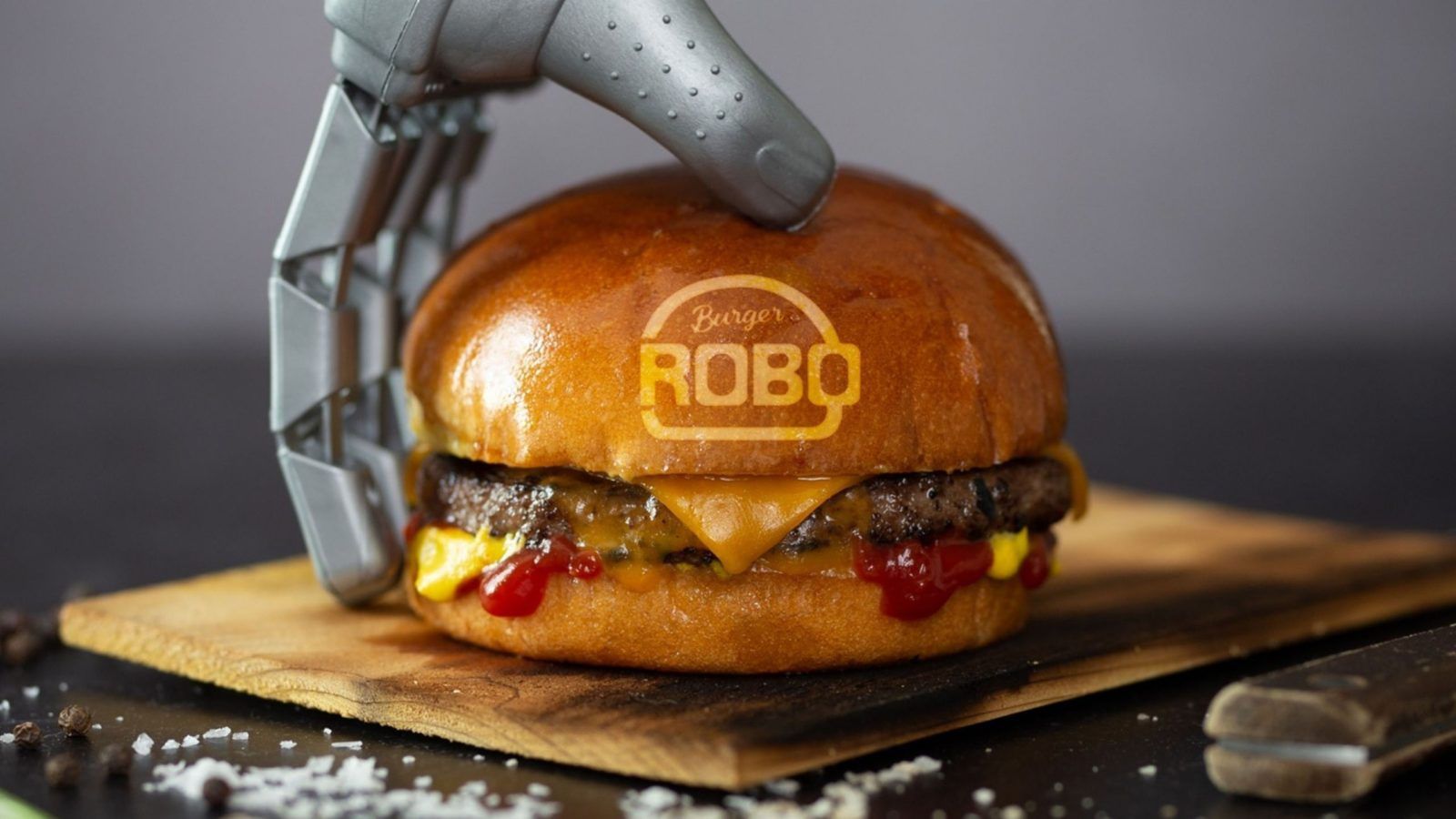 “Your scientists were so preoccupied with whether they could, they didn’t stop to think if they should.” — Ian Malcolm, Jurassic Park (1993)

Did the world need a robotic hamburger vending machine? Who knows, but a company in New Jersey called RoboBurger made one anyway.

RoboBurger has unveiled the world’s first hamburger vending machine — or “the world’s first burger robot in a box”. Are there burger robots that aren’t in boxes? I don’t know. Frankly, I don’t want to know! But I do love a good burger — we organised a whole awards thing for exactly that reason — and one of my favourite sips in Hong Kong comes from a vending machine, so colour me intrigued.

RoboBurger promises their robot delivers hot, freshly prepared burgers in under five minutes, for only US$5.99 (approx. HK$48). Using a “5 Step Cooking Process, similar to what chefs use in a traditional restaurant,” the frozen patty is grilled, the bun is toasted and the condiments are dispensed to your preferences.

Its creators plan to bring this system to airports, malls and more across the next few months — and when they’re ready to bring it to Singapore, we’ll be ready, too.

In the meantime, the delicious burgers made by our city’s most talented are proof that there’s some things robots still can’t do. And whether you’re craving the best burgers in any neighbourhood in Singapore, we’ve got you covered.

And as for RoboBurger, you can find it at the Newport Mall in Jersey City, NJ. Worth the trip down? That’s for you to decide.

Burgers Technology in Dining Vending Machines new technology New Food technology trends food news hamburger spots Hamburgers
Nathan Erickson
Editor-in-Chief
Made in Seoul and based in Hong Kong, Nathan has covered food, fashion and music from New York to Paris to Oaxaca. He enjoys street photography, buying too many hooded sweatshirts and he'll never turn down a tequila soda. Catch him on weekends hiking trails all over Hong Kong in hopes of finding his idol, Chow Yun-fat.
Sign up for our newsletters to have the latest stories delivered straight to your inbox every week.